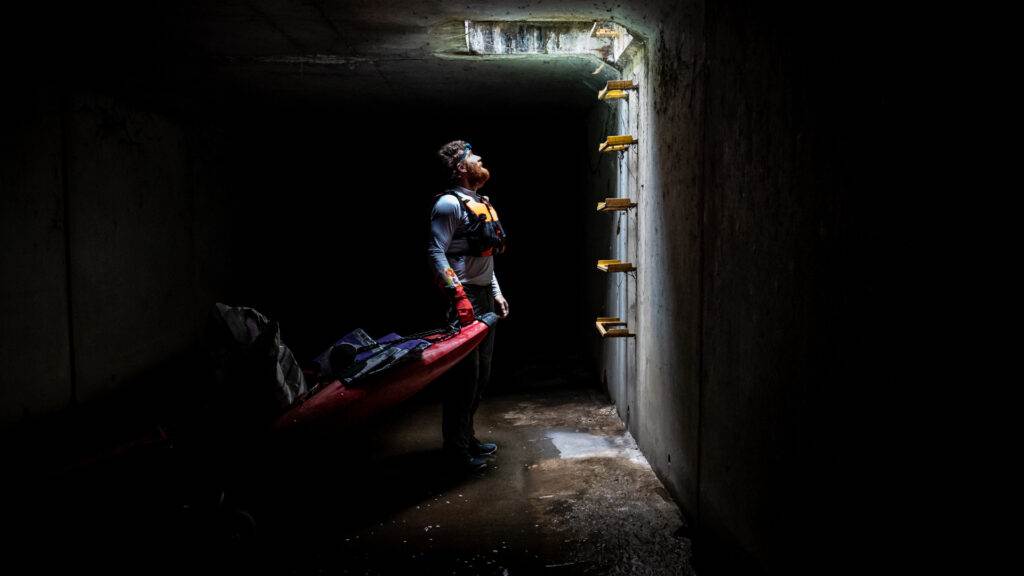 A Portrait of Beau Miles – The Outdoor Journal

Before you read, remember this: Independent editorial isn't free. If you enjoy this article, please consider our message at the en

An epic adventure driving my 4wd up a steep mountain track! : overlanding
The Path Less Traveled #037: Readywise Spicy Asian Noodles
Oslo’s Fuglemyrhytta Cabin is Tough to Pronounce, Easy to Fall in Love With

Beau Miles likes the idea of people driving past him with absolutely no idea what is going on.

Miles films contemplative adventures into the outdoors that combine the absurdist existential humor of Bill Murray with Van Gogh’s affinity for landscape, an artist to whom he bears more than a passing resemblance.

Miles’ father was a painter, a hand-to-mouth artist for 50 some-odd years. Miles witnessed the hard work his parents put into making a living. “My mom and dad worked their ass off their entire life.” Divergently, Miles works in many mediums. He’s a writer, a filmmaker, a carpenter, an ultrarunner, an adventurer. It’s hard to put a finger on any one label. He’ll adamantly deny being excellent at anything, just good at a lot of things. But, overall, you could say that Miles is an expert in the prideful art of self-reliance. [Listen to this episode of the podcast].

“I’m petrified of dying in 50 years without having done stuff.”

Miles’ generalist skills in building, camping, and exploring afford him a freedom to create and a freedom to roam in a way that is truly enviable to those of us who feel stuck in our protracted comfort-seeking lifestyles.

“I love work. It defines me – to the point where it’s not work, it’s just life.”

Miles’ polyjobbist abilities and creative mindset are best exemplified in his film A Mile an Hour, in which he completes various tasks around his property in between running one mile each hour over the course of an entire day. It’s a clever deconstruction of a marathon race format and a brilliant reinvention of a workday. The Mile an Hour challenge has been reproduced thousands of times by inspired runners around the globe. This type of productivity will surely make you “sleep like the dead.”

Up until this past year, Miles taught an outdoor education program at Monash University, one of Australia’s top schools, and Miles’ alma mater. Synthesizing philosophical lessons with practical skills, he showed students how to build their own kayaking paddles from scavenged wood. Miles was the type of teacher to insert DIY knee pads into his trousers. He even rebuilt his own office because the school’s quote to hire out the job seemed too damn high.

Miles is no longer an educator…officially. He’s now a full-time YouTuber and dad. With his self-titled YouTube channel, you could say that he is holding an open-invitation lecture on environmental stewardship. In a time when organized marathons, swim-runs, and Ironmans are becoming ubiquitous, Miles swerves hard from the regimented pathways built for the general public. He immerses himself particularly in the faded glory of his environment to connect with its recent past and to highlight the difference between thinking we are separate from nature – with a paternalistic duty to take care of it – versus feeling that we are a part of it. [Learn more about Miles’ book The Backyard Adventurer, now available as an audiobook, thankfully read by Miles himself].

“Our thresholds are make-believe.”

Miles traveled the globe for a solid decade on expeditions – he sea-kayaked 200 km along the southern rim of Africa and set the fastest known time or “FKT” running 650 km across the Australian Alps – before setting his laser-beam focus on his home county of Jindivik, Australia with the goal to teach other would-be adventurers how to cram the ends of the Earth into their own backyard. You don’t need to fly across the planet to find adventure. Just fan out an old paper map, circle a point of interest, and go.

Finding Meaning in the Meaningless

Miles’ films are contradictory in nature, oscillating between profound pearls of wisdom and utterly mundane observations about one’s morning commute or one’s diet (he once ate his body weight in beans). If Seinfeld was “a show about nothing” wrapped in observational humor, then Miles’ YouTube channel is a parallel exercise in extracting profundities out of life’s seeming pointlessness.

“Outdoor education by nature is philosophical because it’s quite useless in a sense.”

Miles deciphers the intangibles of life by working on tangible projects – planting trees, baking bread, running around the block – just putting one foot in front of the other. His abstractions on these seemingly mundane tasks at times channel Chuck Palahniuk, reflecting a zeitgeist that is commonly felt but less often said.

The day after he chose to kayak to 116 km work in 82 hours instead of his typical 75-minute drive, he tried to give blood and was refused.

“I was sent home by the nurses because my vital signs were half dead. Yet I felt brilliant! Which is often the point for us adventurous types, half killing yourself just to feel alive.”

Heck, Miles could probably make a trip to the bathroom sound profound.

But in all seriousness, Miles’ central mission is to inspire others to set ambitious goals that test their own thresholds through experience.

Although Miles is known for his sea-kayak adventures (watch Miles voyage across Australia’s Bass Strait which separates the mainland from Tasmania), it is not widely known that he suffered a near-drowning experience as a 10-year-old.

“Very few humans have ever explored their full thresholds of physicality, very few…and I think I’ve explored my thresholds, but I’ve only danced around it a bit too.”

Despite that early trauma, Miles is perpetually drawn to the mirror of the sea. He devoted six years to writing a self-reflective Ph.D. on his Bass Strait expedition. (Read The Secret Life of the Sea Kayaker).

“An expedition takes a week or two weeks or six months, but then it takes six months to plan for and the rest of your life to unpack – literally and sometimes metaphorically.”

Miles’ Ph.D. is an impressive practice in self-reflection, textualizing his existential findings through a reductive lens of time. He even parses out frames of his filmography that match specific Van Gogh paintings.

“For [Van Gogh] to just to sit out there in the middle of a pasture, turned-up earth, baking in the sun, with a flask of coffee and a manic desire to represent that landscape…”

Miles’ personal connection to Van Gogh goes beyond the familial reddish beard. His own manic desire to create and explore and appreciate nature shines through his films. Miles is drawn to longer-term projects that take a couple of hundred hours (watch Miles secretly build his wife a home office), and when he really sinks his teeth into a project, it looks as if he’s mainlining cappuccino.

“I’m at real tension with history and people of the past and so I want to become this new breed of adventurer that questions those that come before us and tells a story that includes us.”

More so than any typical nine to fiver, Miles is obsessed with his own life-story path. He reflects, writes, and talks about himself for a living. It’s intimidating to write this article, because I know I can’t write about Miles more thoughtfully than he already has. Perhaps I should write this from 100 feet up a tree, or after spending the night in a roadside ditch. (Yeah, Beau would like that.)

Like a moth to a flame, Miles is seduced by paradoxes. He cozies up to oxymorons. He is philosophical yet whacky, inspirational yet silly. Like Deep Thoughts by Jack Handy, Miles’ own deep thoughts, called “Beauisms” are sometimes the type of stuff you could pin to your bathroom mirror for motivation, and sometimes a zany one-liner that knocks around in your head for the next 48 hours or so. As Miles navigates a dried-up section of riverbank in his wetsuit, you might hear him say:

“Batman wears around tight stuff so he can feel everything. Spatial awareness man!”

In R.W. Emerson’s Self-Reliance, he wrote that “There is a time in every man’s education when he arrives at the conviction that envy is ignorance; that imitation is suicide.” Miles takes inspiration from literary giants like Mark Twain and John Steinbeck, yet he’s confident in the originality of his own voice.

Miles is always in a rush to be productive, to retrace a forgotten trail, to finish a nagging task, always finding a way to plant a tree while doing so, like he is driven by a great fire or an invisible deadline. But where does his inspiration come from?

In this episode of The Outdoor Journal Podcast, Beau Miles discusses how he developed his distinctive concept of bringing adventure closer to home, why mistakes can sometimes be more interesting than successes, and what he has learned so far about himself from pushing his own thresholds in the outdoors. [Listen to the full conversation].

Learn more about Miles’ book The Backyard Adventurer, now available as an audiobook and read in Miles’ own voice.

Keep up with Beau Miles: 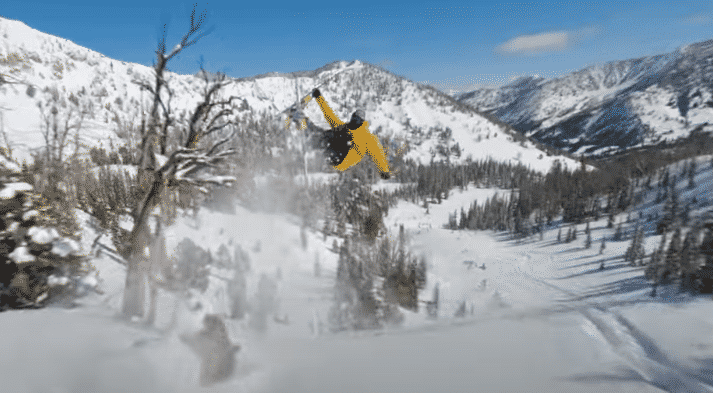 Follow Karl Fostvedt and his crew as they brap n’ ski their way through Washington, Alaska, Montana, Wyoming, Utah and their home [...] 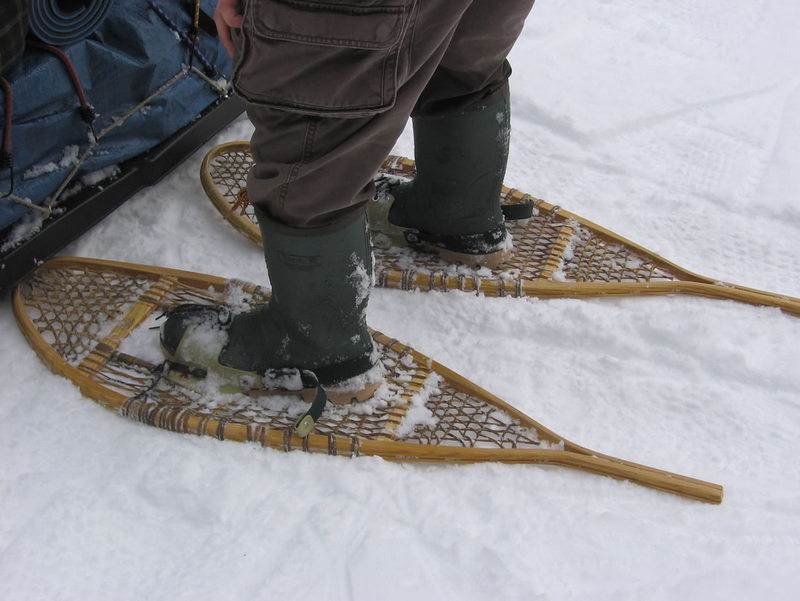 Luke Cuenco   10.13.21 Winter is fast approaching and now is the time to get your winter gear ready so you don’t get stuck inside. Snowshoes a [...]

John Rice is an illustrator and realistic painter who specializes in fish and marine life.  Growing up in Upstate New York, John fished for trout, b [...]
Copyright 2022 Everest.com. All rights reserved