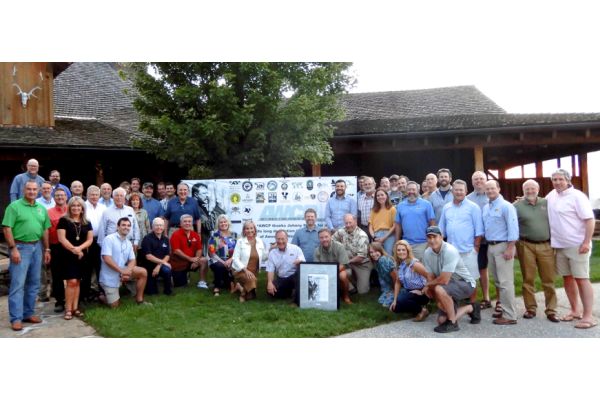 The American Wildlife Conservation Partners (AWCP), a consortium of 50 of the top hunting-conservation organizations and wildlife profession

The American Wildlife Conservation Partners (AWCP), a consortium of 50 of the top hunting-conservation organizations and wildlife professional societies in the country, outlined policy priorities and recognized Bass Pro Shops founder Johnny Morris during their summer meeting. The annual event was hosted last week at Big Cedar Lodge in Ridgedale, Missouri, and the partners honored Morris for his 50-year commitment to conservation through Bass Pro. In addition, the partners released a mid-term review of progress made on the recommendations from Wildlife for the 21st Century: Volume 6 (W21) with specific priorities that still need to be accomplished.

“We were happy that the American Wildlife Conservation Partners were able to recognize Johnny Morris for his invaluable support of conservation over the 50 years since he founded Bass Pro Shops,” said Tony A. Schoonen, chief executive officer of the Boone and Crockett Club and the current chair of AWCP. “Through John’s generosity, all of our organizations have been able to accomplish our conservation missions and help sustain our hunting heritage.”

The plaque presented to Morris and his wife, Jeanie, thanked “Johnny Morris, the Morris Family and Bass Pro Shops for their unwavering support of conservation for the past five decades, not only in North America but across the globe, along with their leadership on critical issues that impact American sportsmen and women and outdoor enthusiasts across our nation.”

“I proudly and humbly accept this honor on behalf of our entire team of passionate outfitters and our fellow sportsmen and women we are blessed to serve. Conservation lies at the heart of Bass Pro Shops. Over the past 50 years it has been a tremendous honor to stand alongside hunters and anglers across North America to support the work of our conservation partners—many of whom make up the AWCP,” said Johnny Morris. “Our shared honor lies in having the opportunity to stand alongside sportsmen and women to make the future brighter for the wild animals and wild places that give us all so much. Together we are making a positive difference for conservation and for the future of our sporting heritage.”

During the AWCP meeting, the partners also released a mid-term report outlining what has been accomplished from the priorities identified within the 2020 W21 report and highlighting what still needs to be accomplished. The document celebrates the conservation victories including passage of the Great American Outdoors Act, the Infrastructure Investment and Jobs Act, the America’s Conservation Enhancement Act, and other legislation or administrative actions that have implemented key recommendations that were offered by the sportsmen’s community prior to the presidential election. It also outlines other priorities, including the Recovering America’s Wildlife Act, finalizing a fix for the Cottonwood court decision that is hindering proactive forest management projects, the need to finalize legislation to improve research and management for chronic wasting disease, and more. This is the first time the groups have issued a mid-term report to provide direction for the second half of a presidential term.

“The American Wildlife Conservation Partners have completed six editions of Wildlife for the 21st Century since the partnership was formed in 2000 and each have laid a roadmap for actions to improve conservation and hunting opportunity,” concluded Schoonen. “We hope that our first mid-term report will provide the appropriate recognition for what has been accomplished while also highlighting the work that still needs to be done.”

A Zimbabwean fisherman is on the road to recovery after surviving an attack by four crocodiles, thanks to some quick thinking on his part an [...]
Adventure 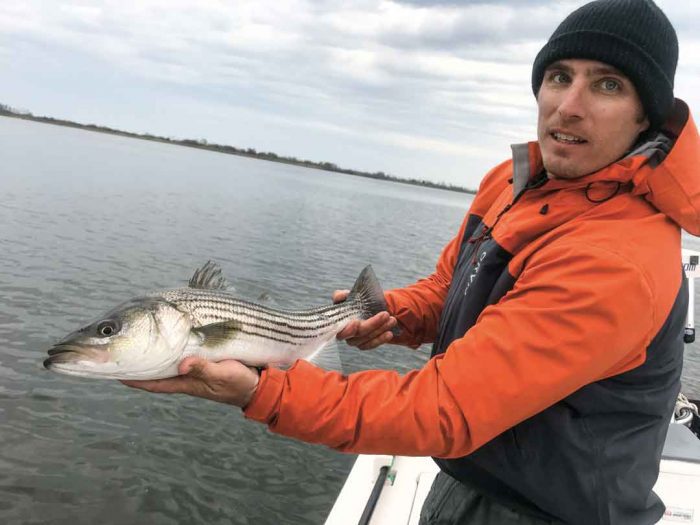 Cascone’s Worm – On The Water

Aron Cascone is an enigmatic captain: private by nature, dedicated to his clients, and a perfectionist at heart. If you’re someone who can match his r [...]
Copyright 2022 Everest.com. All rights reserved