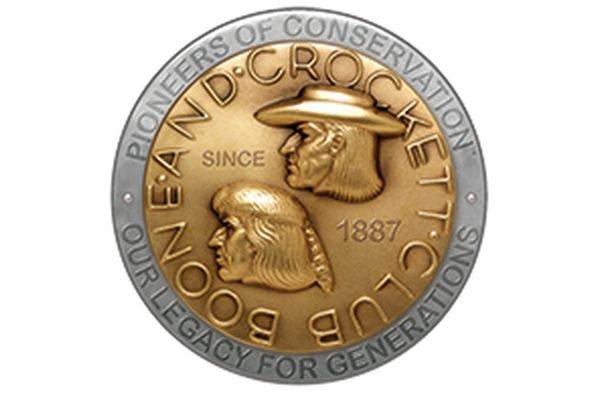 The Boone and Crockett Club announces that Buck Knives will be the Presenting Sponsor of the Jack Steele Parker Generation Next Banquet during the 31st Big Game Awards. The dinner will be held on July 22, 2022, at the White River Conference Center in Springfield, Missouri, adjacent to the Wonders of Wildlife National Museum & Aquarium. The Generation Next Banquet honors the youth hunters who have had trophies accepted into the Boone and Crockett Club’s record book during the last three years.

“We are honored to support the Jack Steele Parker Generation Next Banquet to recognize these incredible young hunters for their successes in the field and for their Fair Chase hunting ethic,” commented CJ Buck, CEO and Chairman of Buck Knives and Vice President of Communications for the Club. “This event is named in honor of a former Club President who strongly believed in the importance of engaging the next generation of hunters and ensuring they understand their role as hunters in wildlife health and conservation.”

The Boone and Crockett Club’s records program provides an avenue to collect biological, harvest, and location data on hunter-taken trophies based on the principle that the existence of mature, male specimens is an indicator of overall population and habitat health. Recording measurements of these animals taken in fair chase pursuit was developed in the early 1900s and continues today as a way to evaluate the health of big game species and the success of conservation efforts. The Awards program began in 1947 and is now hosted every three years to recognize the biggest heads, horns, and antlers from North America entered into the Club’s record book during that time. The 31st Big Game Awards will be celebrated from July 21-23, 2022, and the top entries entered between January 1, 2019, and December 31, 2021, will be invited to have their mount remeasured by a panel of judges to validate the specific score that the trophy received. Any youth who harvests an animal that was entered into the record book is invited to the judges panel and to receive recognition during the Jack Steele Parker Generation Next Youth Awards.

“Our youth represent the future of our hunting and outdoor traditions and the Jack Steele Parker Generation Next Banquet is one of the most inspirational events we host during the Big Game Awards,” commented Boone and Crockett Club CEO, Tony Schoonen. “We greatly appreciate the support of Buck Knives in helping us honor these young hunters.”

The 31st Big Game Awards Judges Panel will take place in April, and those trophies submitted will be featured in a display at Johnny Morris’ Wonders of Wildlife National Museum & Aquarium from May 1 to July 23. The full schedule for the 31st Big Game Awards is available on the Boone and Crockett Club website –www.boone-crockett.org. Registration for the events will open soon.

About the Boone and Crockett Club

For 120 years, Buck Knives has been handcrafting the finest quality knives and tools, designed specifically for hunters, outdoorsmen, and knives/blades/knives.html" 15179 target="_blank">knife enthusiasts alike. Using the highest-quality materials and state-of-the-art processes, like our in-house Bos Heat Treat, Buck Knives are built to perform at the highest level and last for generations. Located in Post Falls, Idaho, and employing over 350 people, Buck Knives is proud to make knives in America and stand behind them with their Forever Warranty. Visit www.buckknives.com or call 800-735-2825 for more information.

You’ve carefully whittled down your base weight, sacrificing everything from extra socks to your trusty c [...]

5 Reasons You Must Backpack the Teton Crest Trail

By Michael Lanza On my first backpacking trip on the Teton Crest Trail in Grand Teton National Park, camped on Death Canyon Shelf, a broad, bo [...]

Come for the skiing, stay for, well, the skiing of course. Springtime in Crans Montana, Switzerland sure is sweet. It’s not your usual [...]
Copyright 2022 Everest.com. All rights reserved