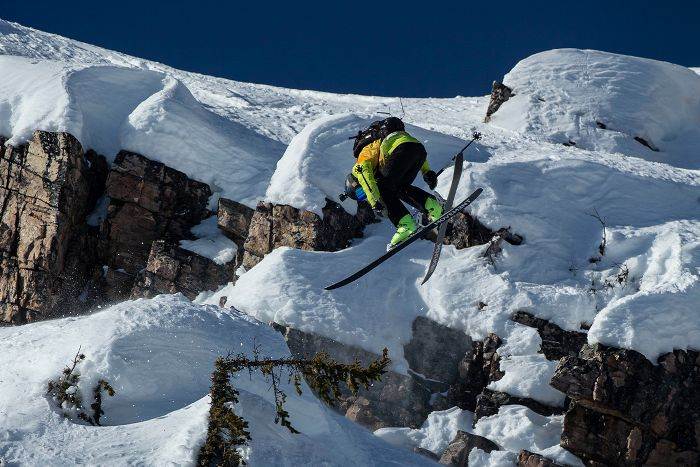 And just like that, we’re half way done with the 2022 Freeride World Tour. Kicking Horse Mountain, British Columbia served as host to

The Best Solar Lights for Camping
That Time the Explorer’s Club ‘Served’ Eons-Old Mammoth Meat
The North Face Is Doing Another Gucci Collab, If You Want a $850 T-Shirt

And just like that, we’re half way done with the 2022 Freeride World Tour. Kicking Horse Mountain, British Columbia served as host to the one and only North American stop on this years circuit. Both the women’s and men’s ski fields went absolutely wild, with two familiar young guns holding the top spots at the end of the day. Let’s dive in to everything the land of Tim Bits and high class, horse-mounted forest rangers had to offer.

One could say that this wild bronco of a hill had a few surprises in store for the riders. Weather conditions were less than optimal in the days leading up to the competition, with 115 km/h winds peppering Ozone, the planned venue. It was left barren and would have made for a challenging day, so the crew decided to relocate the event to T1 South, on the other side of the resort. The team busted ass to move everything needed for the big day up and around to the new site. It was a challenging, all-night ordeal that took everyones full effort. But when the dust settled, the riders and event team had a bluebird day on their hands and were ready to rumble. The snow pack was interesting to say the least. Variable snow and fluctuation in density due to the wind took several riders down without mercy. But for the most part, the athletes adapted and thrived amidst a new face and unpredictable snow.

In the Ski Men’s field, we saw a mix of old and new, but there were two young guns that continued to absolutely shine. The wild Swiss-made machine Maxime Shabloz had an unbelievably packed run, filled to the brim with two 360s, a cork 7, AND a drawn out backflip. This earned him a staggering 97.00 and first place title. Yes, he packed all of those tricks into a single run. Yes, he is 20 years old. Yes, he is a rookie on this years tour. Right behind Maxime was 19 year old Max Palm of Sweden. Earlier this year, he landed the first double back ever thrown on tour. In Kicking Horse, the young buck followed it up with yet another double, along with a monstrous air, dodging the bomb holes of fellow competitors like Kevin Nichols. Putting both of those to his feet earned him a whopping 95.33, just over a point and a half behind Maxime. Finishing up the pack was the tried and true veteran Kristofer Turdell. He needed a solid run today, and boy did he pull some vintage form out of his bag. A technical, fast, and incredibly composed line got the former FWT champion a 93.33. Wildcard Canadian Tom Peiffer pulled out a fourth place finish in his home land, putting together an incredibly entertaining run as the final rider of the day. Andrew Pollard, Cooper Bathgate, and Blake Marshall were some of the faces that rounded out the top 10, and it was great to see riders like these putting lines to their feet despite the touchy snow.

It was a competitive day in the Ski Women’s field as well, with all top 5 riders clocking in with scores of 70.00 or higher. Lily Bradley rose to the top, and was the first skier to drop for the day. She painted her way down the mountain in full style, linking up air after air, earning her an 80.67. We’ve known that she was one to watch, but even after holding the top spot on the FWQ21 in the US of A, it would have been hard to predict she would be as dominant as she has been. After all, it’s hard enough being a rookie in a competition like this, and throw on top of that difficult snow conditions at each venue, and having to compete with veteran skiers like Hedvig Wessel and Elisabeth Gerritzen, and that’s a tough recipe. That being said, if Lily has been nervous it has not been showing in the slightest. Speaking of them, we’re stilling missing those legends from the top finishes as of recent. Both in their second seasons, Jessica Hotter and Olivia McNeill took second and third, respectively.

Now headed back to Euro land, the stage is set for the final two stops of the tour. Only the top ranked riders will get to compete, with the top 11 men and top 6 women making the cut. Currently, Maxime Shabloz leads the men with 20,000 points, and Jessica Hotter is in the top of the women’s with 18,000. We’ve got just under a month until the crew drops in Fieberbrunn, Austria, so sit tight, do your snow dances to Ullr, and get ready for the greatest home stretch known to human kind.

For the full broadcast of all the Kicking Horse madness, complete with scores and rider selection, look no further. The Tour’s website has you covered. Click right here. With the weather warming up and the fish starting to bite, its time to get back out on the water and do some fishing. Evolution Outdoors has release [...] 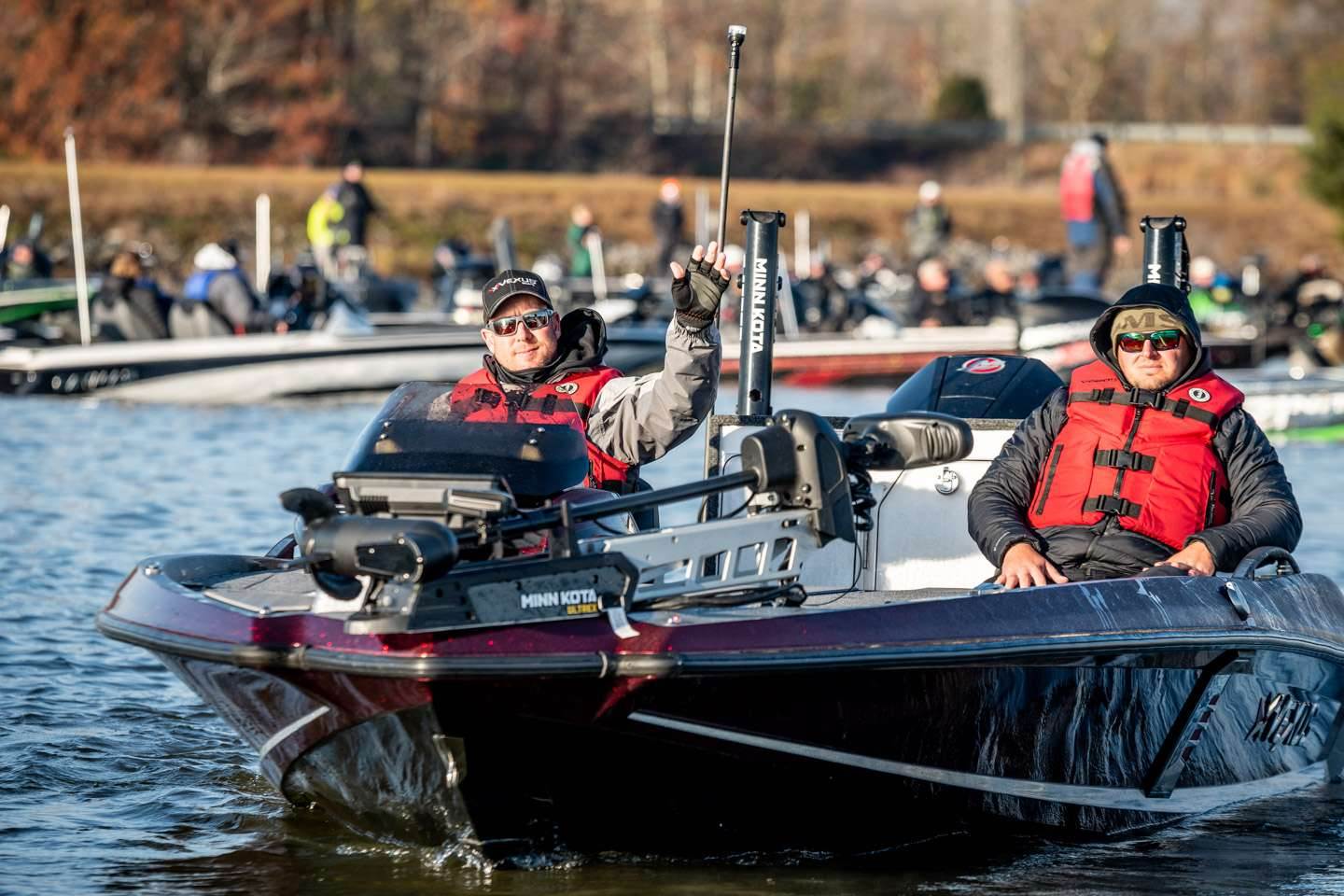 Daffron happy to be in Day 2 mix

EUFAULA, Ala. — Keith Daffron comes from one of the founding families of modern bass fishing, so it's not surprising he feels at home on Lake Euf [...] 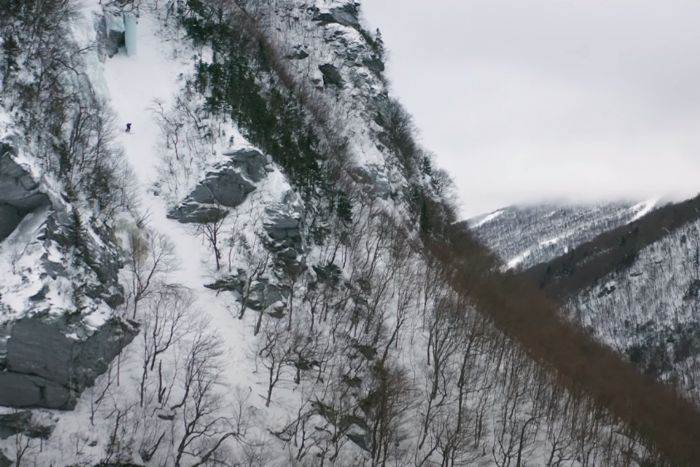 In many parts of the world, skiers rigorously hunt after the deepest snow they can get. Sometimes, we find ourselves relying on th [...]
Copyright 2022 Everest.com. All rights reserved