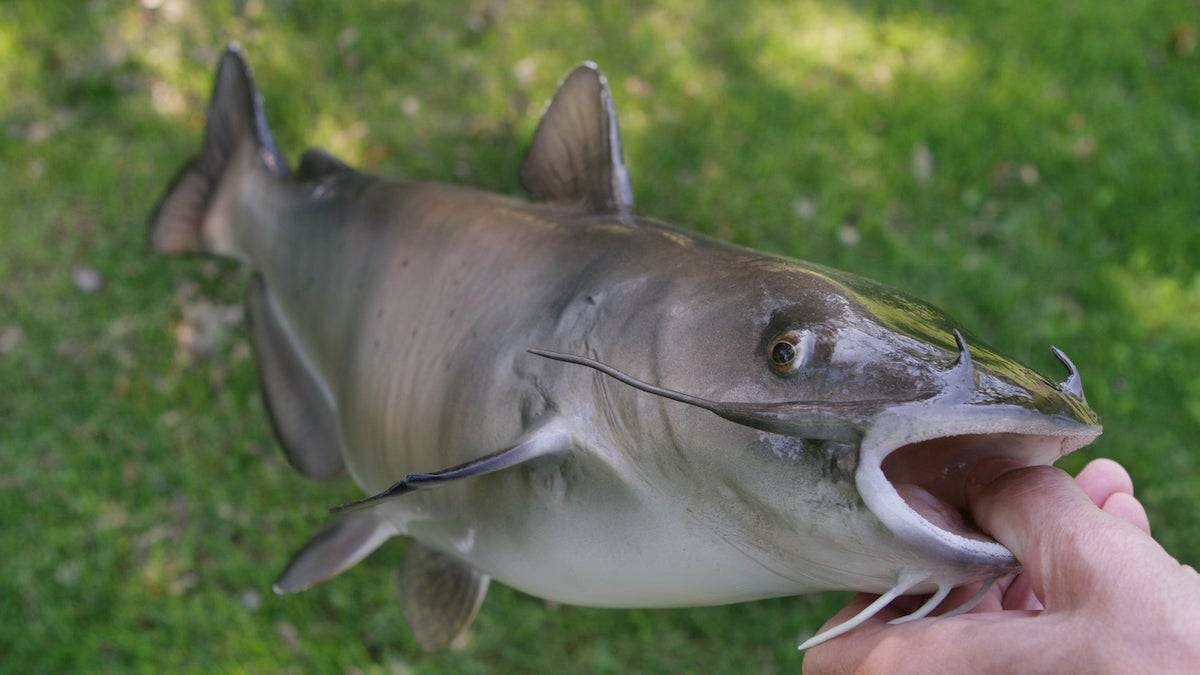 Many anglers are bemoaning the annual ice break-up right now, but I’ve always looked forward to March and early April. This time of year c

Many anglers are bemoaning the annual ice break-up right now, but I’ve always looked forward to March and early April. This time of year can bring some of the best channel catfishing there is.

Throughout much of the Upper Midwest and the Plains States, winter slows down freshwater fishing. Certainly, there are species that are synonymous with ice fishing, such as walleyes, bluegill, crappies, and yellow perch. But fishing for channel cats all but stops until the ice begins to break up, and those fine-eating forked-tailed fish go on what can best be described as a feeding frenzy.

Where to Find Ice-Out Catfish

Early spring channel cats live in a world between gluttony and lethargy. Immediately after ice-out, they move into the shallows, where they gorge themselves on winter-killed forage fish such as gizzard, hickory, or threadfin shad. This sudden change in behavior is usually triggered by several days of sunshine that raise water temperatures just a few degrees.

In many places, you can catch ice-out cats in extremely shallow water, often at depths of one to two feet. These murky shallow waters soak up the sun’s rays and are the first to warm. It doesn’t take many days of sunshine to provide the necessary temperature boost. But the window is narrow, so it pays to keep abreast of the ice conditions, ice break-up, and to not be shy about fishing even before the action might be starting.


Channel cats feed by smell, and it’s here that anglers hold an advantage, thanks to liquid attractants. Over the years, I’ve relied on the Catcher Company’s Smelly Jelly scents to provide that extra boost to my baits. Available in a variety of different scents Smelly Jelly and others, like BANG, create a scent cone or slick that lets a small bait attract fish over a larger area. This is particularly true in moving water where currents can carry scent and attract catfish from long distances. With scents, as with baits, the key is to experiment and find one that works best for you.

The Best Bait For Ice-Out Catfish

Trout anglers are well acquainted with the phrase Match The Hatch however, the mantra can certainly apply to channel cats, especially during ice-out when they’re feeding on a very specific food source, like dead, winter-killed shad. That doesn’t mean the traditional ‘crawlers or chicken livers won’t work, but often, well, they don’t.

The process of procuring and using the right bait is as specific as the bait itself. Floater shad—dead fish randomly scooped up along the shoreline—can be used, but they’re not going to be as effective as live fish cast-netted on-scene. Cut bait? Fillets? No. What you’re using here are the innards. Ice-out catfish are picky eaters. They suck the guts out of semi-rotten shad littering the bottom. The ideal bait, then, are the entrails taken from a fresh-caught shad. Thread the guts onto hooks, spritz with Smelly Jelly or BANG, and toss into shallow water. It’s as simple as that.

A rod with a little bit of backbone rated at medium to medium-heavy—spinning or baitcasting—and a matched reel will work just fine for channel cats. I use my salmon gear from my early days in Washington state—8’6” and 9’ Lamiglas medium-heavy casting rods mated to Ambassadeur 5000 series level-wind reels filled with 20- or sometimes 30-pound Cabela’s Ripcord braid. For when I’m throwing a slip bobber, I’ll switch to an 8’ Shakespeare Ugly Stik Catfish Special—also medium-heavy—paired to a Pflueger President 35 with 20- or 30-pound braid.

There’s nothing intricate about rigging for channel cats. When fishing on the bottom, I use a Carolina-style rig consisting of a barrel (egg) sinker, 5mm bead, and quality snap swivel. With the weight, I’ll go as light as the current and water depth will allow, usually no more than ½- to ¾-ounce, but heavier if necessary. I use Berkley Trilene Big Game 20- or 25-pound monofilament for leader material, and I finish the rig with a self-snelled 1/0 or 2/0 D16Z Bleeding Bait hook from Daiichi.

I’ll often run a slip bobber rig for ice-out ‘cats in conjunction with a bottom bait, the trick being to find the proper depth to set the float. Surprising to some, early-season cats can be quite aggressive, hitting a bait with a vengeance, and even coming off the bottom for fresh-caught shad guts. Still, it’s best to position your bait 6 to 12 inches off the bottom.

Bobber rigs aren’t rocket science. I rig a bobber stop-and-bead with a 1- or 2-ounce Beau Mac’s Inline Slider Drift Float, a 5mm bead, and a quality snap swivel. I use a ½- to ¾-ounce inline sinker and mono leader with a Daiichi hook on the bottom finish it up.

The Powder Highway is a ~700 mile loop located in eastern British Columbia’s Kootenay Rockies that is home to seven different ski resorts, a number [...]

The Best Backpacking Gear for the John Muir Trail

By Michael Lanza So you’re planning to thru-hike the John Muir Trail and making all of the necessary preparations, and now you’re wondering: W [...]

On July 14 of 1897, when news of the Klondike Gold Strike hit San Francisco and then echoed across the world, 21-year-old Jack London was wo [...]
Copyright 2022 Everest.com. All rights reserved