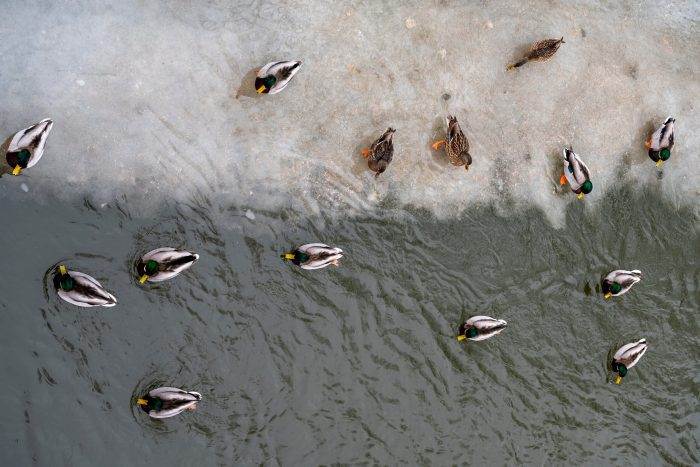 How To Hunt Ducks On Moving Water

Sure, I like hunting ducks over still water as much as the next guy. I’m always ready to jump-shoot a farm pond, crouch in the cattails

Sure, I like hunting ducks over still water as much as the next guy. I’m always ready to jump-shoot a farm pond, crouch in the cattails at the edge of a beaver swamp, or camp in a boat blind, heater and hot breakfast included. But what I really like—more love with a passion—is hunting ducks over moving water.

Creeks, streams, rivers, or any kind of water with current are all good places to ambush waterfowl—the smaller, and shallower, the better in my mind. I’ll take a warm-water slough, a tiny tributary, or a small tidal marsh creek over a still-water pond any day.

What’s so special about ducks and moving water? To me, it’s the intimacy of hunting over just a little bit of water. Sometimes you’re on nothing more than a puddle; that is, a puddle with current. You make an impromptu blind in a small stand of willows, watch a big ‘ole beaver come by to check out the intruder in his watery realm, and watch your decoys swim back and forth in the flow, making them look all the part of real live ducks.

How to Find Puddle Ducks on Small Creeks, Rivers, and Streams

The initial challenge to hunting moving water, be it a jump-across creek or the Missouri River, is first finding the birds. Unlike on a shallow-water marsh that will see duck activity here and there, moving water will have more specific pockets where the birds will be. Ducks usually don’t sit randomly on a stream, river, or tidally-influenced wetland. They’re where you find them for a reason. Often, that reason isn’t so much food (though that can indeed be a variable in the overall equation) but rather comfort.

Ducks, like most wild critters, depend on and exist thanks to energy efficiency. They feed, and, best they can, conserve those calories for when they’re needed most. In a moving water scenario, like a small tributary river, the birds aren’t going to fight current constantly. It’s not energy efficient. Rather, they’ll seek out sections of calm or calmer water—a quiet eddy, a backwater, the inside of a bend, or the slack water below a sandbar or small island—effectively turning the moving water into something resembling still water. Now, add a food source like coontail or other submerged vegetation, along with dabbler-shallow water, and you’ve potentially found a honey hole.

But just how do you find such a utopia? Modern technology, e.g. Google Maps, is a great way to chart the course of a stream or smaller river. An overhead view allows you to eliminate stretches of moving water that doesn’t have potential while pinpointing others worthy of further investigation.

But there’s no better way to scout moving water than to get on the water. I’ve often done just that in the Midwest during September, combining smallmouth fishing with squirrel hunting and some duck scouting. I look for sections of river where I see or flush birds, remembering the above cardinal rule that ducks are on a piece of moving water for a reason, not willy-nilly. I also check sandbars for things like tracks and goose poop to find possible loafing spots. Then I make notes and plan a return trip come October or November.

While floating Iowa’s Wapsipinicon River, a tributary to the Mississippi, one October, with wood ducks, smallies, and channel ‘cats on the menu, I stopped to investigate a feeder creek. I knew the landowner on that bank, so I took a short walk upstream and was soon glad I did. Seventy-five yards from the Wapsi, a large industrious rodent had partially dammed the feeder, creating a shallow pool among the willows roughly the size of my basement.

I bumped 30 or 40 mixed woodies, mallards, and blue-wings from the corners—activity enough to prompt my finding a quick hide on the edge next to a yellow-leafed cottonwood. Thirty minutes later, I had a six-bird limit on the water, all taken from ones, twos, and tiny groups that filtered back to their previously undiscovered refuge.

My point? This experience wasn’t an isolated instance. Such scenarios can exist coast-to-coast. Any current, regardless of how small, is worth exploring, especially on public land. Several years ago, a young friend of mine walked into the “Way Back,” as he called it, off the main river channel flowing through a very popular Iowa WMA on a hunch, only to find a glorious, albeit temporary beaver pool filled with mallards, grey ducks, woodies, and even a black duck. He and his son hunted it quite successfully until freeze-up. For private ground, use onX to find the landowner, inquire, and, if given the blessing, proceed. You just never know what you’re going to find.

How to Set Up Duck Decoys for Moving Water

In terms of frustration, setting decoys in moving water can rank right up there with trying to separate two cheap paper plates. Every year, waterfowlers across the country lose dozens of decoys when hardware breaks and knots come untied. True, decoys aren’t nearly as costly as a good duck boat or a brand new Beretta, but there’s no need replacing what doesn’t need replacing.

Moving water and current means more drag on decoys and decoy lines. Therefore, lines should be strong and of the best quality, and knots, whether tied static to the decoy keel or to hardware such as a swivel which is then fastened to the decoy, should be likewise as strong.

The Best Knots for Rigging Duck Decoys on Moving Water

The knots I use depend upon the type of decoy cord I’m using. With nylon cord, a good, old-fashioned double clinch knot, the same knot I use when I’m fishing, holds well, and as my father is fond of saying, “does nothing but get tighter the more you pull on it.” With the popular Tangle-Free cords, however, I’ll use a circular lead crimp-lock to ensure the cord doesn’t pull free. An alternative to using the crimp-locks with the Tangle-Free cord is to double the cord and pass it through the “eye” of the decoy keel. Then pull the loop entirely over the decoy and snug it up. Tie a half-hitch in the tag end of the cord to prevent it from pulling through, and clip the excess off. It’s quick, easy, and holds surprisingly well.

How to Rig Decoys So They Swim

Here’s a trick I use when working with older decoys in current. Approximately two inches back from the eye on the decoy keel (a water keel style), drill a 1/8-1/4 inch side-to-side hole. If using weighted keels, heat the tips of an ordinary fence staple with a propane torch and push the staple into the keel, again approximately two inches behind the eye. Tying the decoy off to this modified eye makes the decoy “swim” back and forth. The lengthened leading edge of the keel acts like the lip on a crankbait. Typically, I’ll use three or four of these modified decoys per dozen.

How to Rig Decoys For Tidal Creeks

Tidal situations spell an entirely different set of conditions for the decoy user. As waters rise, decoy cords that were fine at a foot in length become stretched to their limit. Eventually, the decoy lifts both cord and weight from the bottom, leaving the decoy to float about on its own, and, depending upon the wind and where you’re hunting, either out to Europe or China, whichever’s closer.

Rising waters also mean that decoys must be moved constantly either in or out, depending upon whether you’re hunting the ebb or flow. To remedy this, at least in part, rig several decoys, six to a dozen is common, on one main line with weights at both ends, or, in calm conditions, with a single anchor. Decoys rigged as such can be easily moved in or out as the tide dictates. 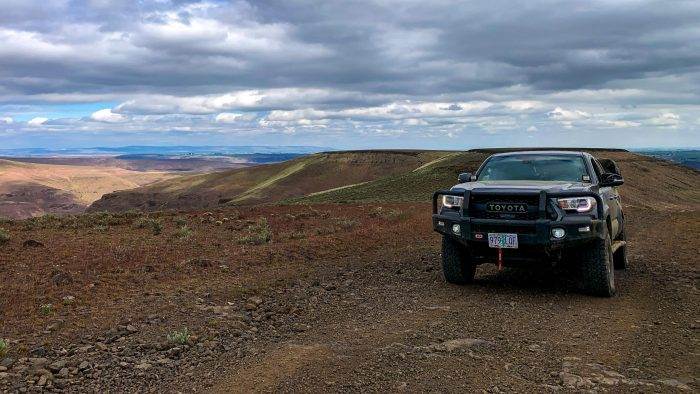 Nothing beats a trip that not only meets but exceeds your expectations : overlanding

For the past year or so all of the trips I'd been really excited for had not gone to plan between mechanical problems, unexpected closed or impassible [...]

Author Mike Arnold is not your stereotypical college professor. A Distinguished Research Professor of Genetics at the University of Georgia, Mike has [...] 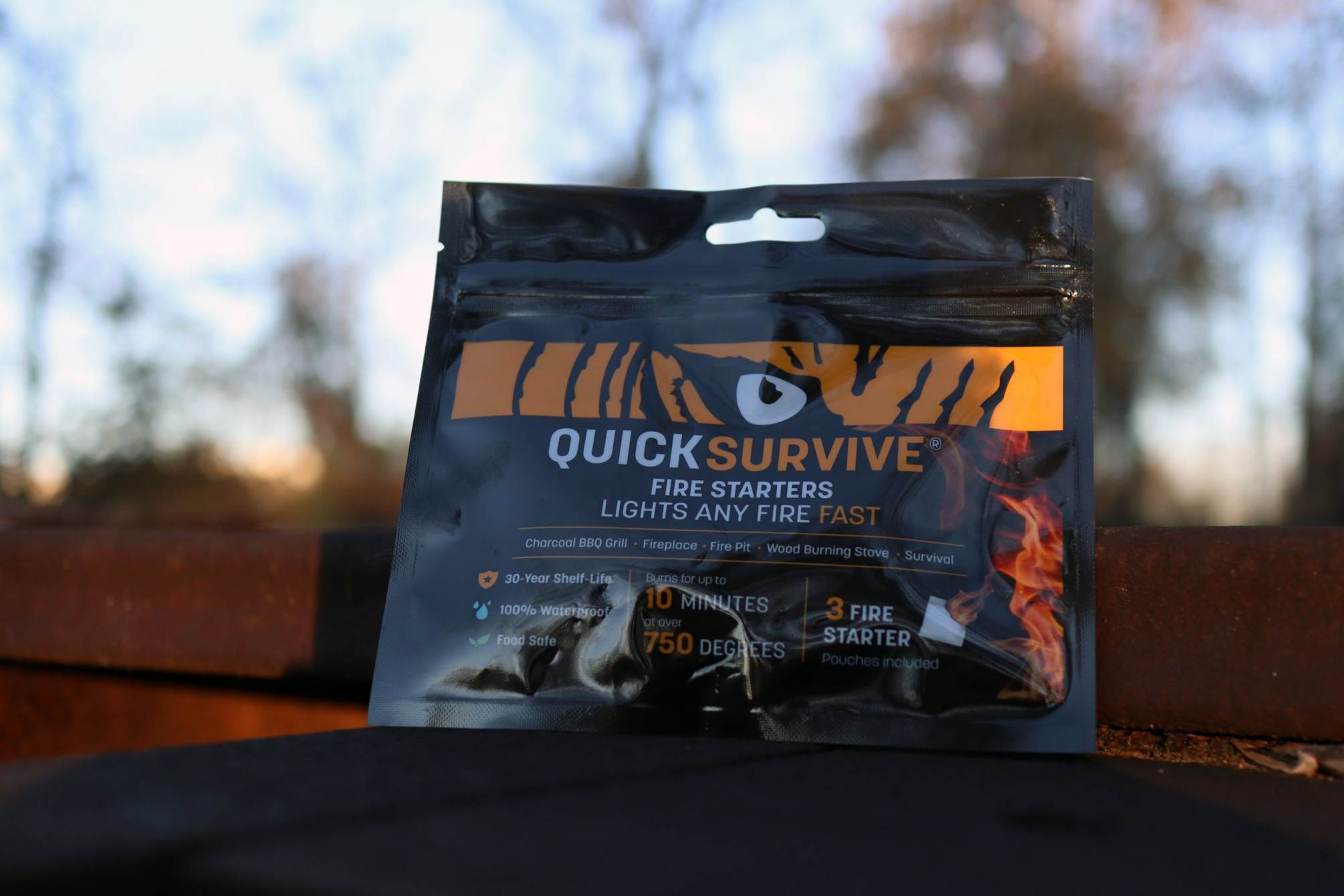 If you’ve been reading for a while, you know I’m like a moth to a flame for deals that provide greater value than other similarly priced items. [...]
Copyright 2022 Everest.com. All rights reserved