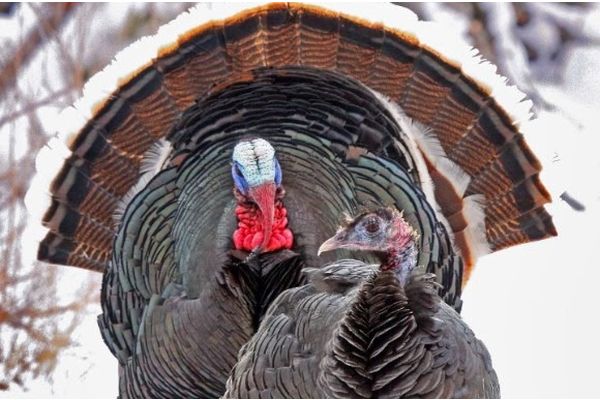 Like many states, South Dakota had a boom in its wild turkey numbers during the early 2000s. Around 2010, however, the harvest rates in the

Like many states, South Dakota had a boom in its wild turkey numbers during the early 2000s. Around 2010, however, the harvest rates in the Mount Rushmore State have been steadily decreasing year after year, hinting at an overall population decline.

The NWTF is helping fund a new wild turkey research project in the southern part of the state that will measure various demographic information about wild turkeys. Data gleaned from the project will be used to create a growth model, giving wildlife managers a better understanding of populations and how to manage them accordingly.

“We definitely have been declining after our restoration boom,” said Chad Lehman, South Dakota Department of Game, Fish and Parks senior wildlife biologist. “As with most states, we grew rapidly after reintroductions and then started declining around 2009 and 2010.”

Lehman and Christopher Rota, Ph.D., associate professor of wildlife and fisheries resources at West Virginia University, are the principal investigators of this new research project.

At the beginning of 2023, Lehman, Rota and their team will capture 40 adult hens and 40 juvenile hens and attach them with VHF (very high frequency) radio transmitters, which send out a unique, high-frequency radio signal that the team can detect with a receiver, allowing them to locate the marked birds and infer information surrounding survival and reproduction. The team will capture 80 birds a year for two years.

The combined data from 160 wild turkeys will allow the researchers to estimate both annual survival and reproduction probabilities for adult and yearling age classes.

“Our growth rate model will also allow us to determine if regional population growth is more strongly driven by survival or reproduction,” Rota said. “This information could be used to help guide future management actions.”

The team will incorporate the estimates into a model representative of all the dynamics of a wild turkey’s life (nesting, brood rearing, susceptibility to predation, etc.). The generated model will be compared to past models, giving insight into the current population dynamics.

Wild turkey restoration efforts in South Dakota date back over 70 years ago. In 1948, two gobblers and six hens from New Mexico were released in Lawrence County. Since then, SDGFP has worked to ensure wild turkeys inhabit all suitable areas of the state.

“The NWTF is proud to have been working alongside SDGFP since those early days to restore populations,” said Clayton Lenk, NWTF district biologist for South Dakota, North Dakota, Wisconsin and Minnesota. “As evidence suggests, populations are beginning to wane; we want to be proactive and contribute to the efforts of SDGFP and UWV to ensure the wild turkey remains a staple in South Dakota.”

The NWTF has had a long and rich history in the Mount Rushmore State. Through its Hunting Heritage Super Fund, the NWTF has raised and spent nearly $1 million on habitat enhancement projects, conservation education, outreach events, access, research and more. In addition to funding provided by NWTF’s Request for Proposals program, the NWTF South Dakota State Chapter is contributing $15,000 to the research project over the course of its two years.

This project is one of seven new research projects the NWTF is funding, part of a $360,000 investment into wild turkey research the NWTF unveiled at the 12th National Wild Turkey Symposium in 2022.

I’ve been thinking a lot about mice lately. And not just in the general vermin sense. Yes, it’s true that my girlfriend had one skitter across her foo [...]
Adventure

Not sure how, but we didn’t realize until this weekend how much video there is out there of ole’ Ed Abbey on the internet. Yellowed films of [...]
Archery

Bowhunting is a game that involves a lot of moving pieces, and bowhunting backpacks keep all those pieces together. A bow, arrows, tree s [...]
Copyright 2022 Everest.com. All rights reserved