Funding will help conserve or restore more than 300,000 acres of wetland WASHINGTON – Secretary of the Interior Deb Haaland today announced that $95

Funding will help conserve or restore more than 300,000 acres of wetland

WASHINGTON – Secretary of the Interior Deb Haaland today announced that $95 million in funding has been approved by the Migratory Bird Conservation Commission, which will provide the U.S. Fish and Wildlife Service and its partners the ability to help conserve or restore more than 300,000 acres of wetland and associated upland habitats for waterfowl, songbirds and other birds across North America – including Canada and Mexico.

$78 million in grants, made through the North American Wetlands Conservation Act (NAWCA), will be matched by more than $116 million in partner funds. In addition, the Commission approved $17 million from the Migratory Bird Conservation Fund to conserve land in San Bernard National Wildlife Refuge in Texas for public use and hunt programs.

“The North American Wetlands Conservation Act is one of the most effective tools we have for migratory bird conservation around the country and across our northern and southern borders,” said Secretary Haaland. “The investments the Commission made today for these locally led wetlands and conservation projects will help ensure that birds continue to flourish for the next hundred years and beyond.”

Since 1991, $2 billion in funds, matched by $4 billion in partner funds, have been approved by the Commission, totaling $6 billion for wetland conservation.

Wetlands provide many economic, ecological and social benefits to species and the surrounding communities. They are also important protections from the effects of climate change such as flooding and rising seas. NAWCA grants conserve bird populations and wetland habitat while supporting local economies and outdoor recreational opportunities, such as hunting, fishing and birdwatching. Partners in NAWCA projects include private landowners, states, local governments, conservation organizations, sportsmen’s groups, Tribes, land trusts and corporations.

These efforts also help support the America the Beautiful initiative, a locally led and voluntary campaign to protect, conserve, and restore America’s lands and waters for the benefit of current and future generations.

In addition to grants approved by the Commission, funding to expand the San Bernard National Wildlife Refuge was derived primarily from the sale of Federal Migratory Bird Hunting and Conservation Stamps, commonly known as Duck Stamps, and import duties on imported arms and ammunition. Since 1934, the Federal Duck Stamp Program has provided more than $1.1 billion for habitat conservation in the National Wildlife Refuge System.

The funds will be used to purchase waterfowl habitat at the San Bernard National Wildlife Refuge in Texas. This acquisition of 5,641 acres will connect to an existing 4,800 acres of refuge lands. The combined area of more than 10,000 acres will be the largest protected piece of Columbia Bottomlands in Brazoria and Matagorda counties.

“The acquisition for the San Bernard National Wildlife Refuge is a testament to the ongoing value of the Duck Stamp and funding support for the protection of wetland habitat for waterfowl and numerous other species in the National Wildlife Refuge System,” said U.S. Fish and Wildlife Service Director Martha Williams. “This new area will provide increased public opportunities for wildlife-dependent recreation, including hunting, fishing and wildlife observation, in this urban national wildlife refuge.”

NAWCA is the only federal grant program dedicated to the conservation of wetland habitats for migratory birds. Since 1989, funding has advanced the conservation of wetland habitats and their wildlife in all 50 U.S. states, Canada and Mexico, while engaging more than 6,600 partners in over 3,200 projects. Through NAWCA, federal funds are typically leveraged at twice the legally required dollar-for-dollar non-federal match-to-grant ratio.

A complete list of the approved U.S., Canada and Mexico NAWCA projects is available online.

Additional information about North American wetlands and migratory bird conservation can be found online, where waterfowl enthusiasts, biologists and agency managers can find the most up-to-date waterfowl habitat and population information.

submitted by /u/ENTroPicGirl [comments] and [...] 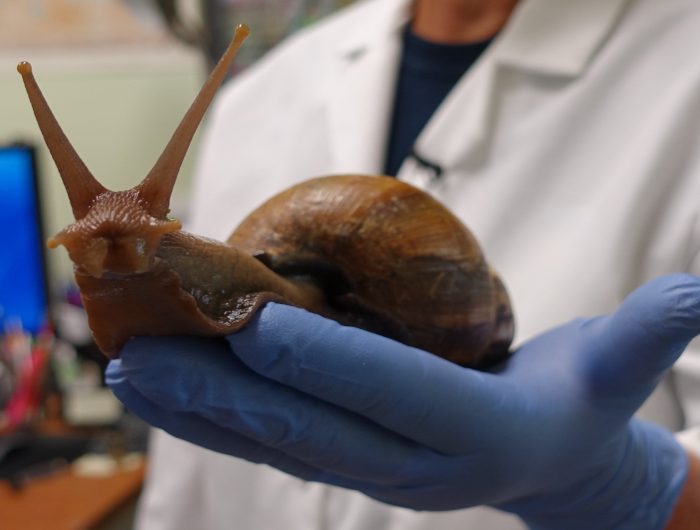 On June 22, a gardener was working in a Pasco County, Florida, when they noticed a number of unusually large snails. The next day, the Flori [...]
Adventure

Jamie Mitchell is a big-wave surfer and long-distance open ocean paddler. As a dedicated waterman, the dude spends a whole lot of time in so [...]
Copyright 2022 Everest.com. All rights reserved