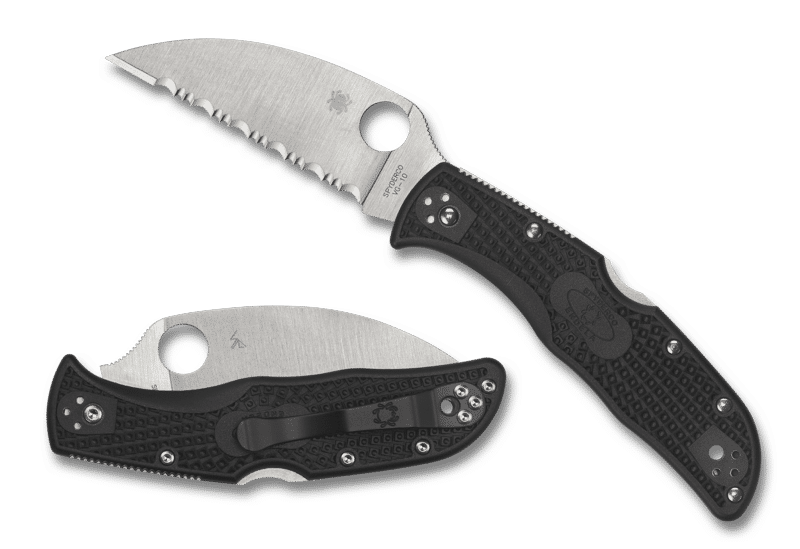 The Spyderco Endela family is growing this week with The Spyderco Endela family is growing this week with the unsurprising, but appreciated, addition of a wharncliffe version. The Endela Wharncliffe follows in the footprints laid down in 2016 by the Delica Wharncliffe, and is the first new knives/blades/knives.html" 15179 target="_blank">knife from Spyderco since its release process overhaul last month.

The Endela‘s raison d’être within its name. It strikes a middle ground between the Endura and Delica models, with a longer blade than the latter, but a smaller frame than the former. The in-between specs for the Endela gives it a blade length of 3.41 inches and an overall closed length of 4.69 inches.

Now you’d expect the only change with the Endela Wharncliffe to be the blade shape itself – and by and large, you’d be right in that assumption. However, take a quick look at Spyderco’s always extremely precise specifications and you’ll see that the Endela Wharncliffe is .01″ shorter in terms of blade length, and a tenth of an ounce heavier at 3.2 oz. compared to its leaf-bladed brother. Obviously these are negligible differences, and the choice between the two Endela blade shapes will come down whether or not you’re attuned to the particular utility of the wharncliffe lifestyle, which favors piercing and linear cutting. Or if you’re a collector.

For those who don’t know, these Wharncliffe variants for the Delica/Endura family originate in a post on the Spyderco forums. A fan expressed his wishes for a wharnie Delica, and the company made him a one-off prototype. Due to his and other fans’ enthusiastic response, the Delica Wharncliffe eventually entered full production; it was followed by an Endura Wharncliffe, and now the youngest member of the family is getting the same treatment.

The Endela Wharncliffe is already available from dealers. Spyderco’s new “digital first” reveal strategy was intended to minimize the delay between the first reveal of a knives/blades/knives.html" 15179 target="_blank">knife and the day when it is actually available.

Overlanding in Panama in a 1976 VW

After a 2 month breakdown, shortly after entering Panama, we finally got a chance to hit the road and start exploring some of Panama's beautiful [...]

Many anglers are bemoaning the annual ice break-up right now, but I’ve always looked forward to March and early April. This time of year c [...]

When it comes to deciding what to grill for the 4th of July, it’s usually a no-brainer: burgers, brats, and dogs. But what about your guests [...]
Copyright 2022 Everest.com. All rights reserved