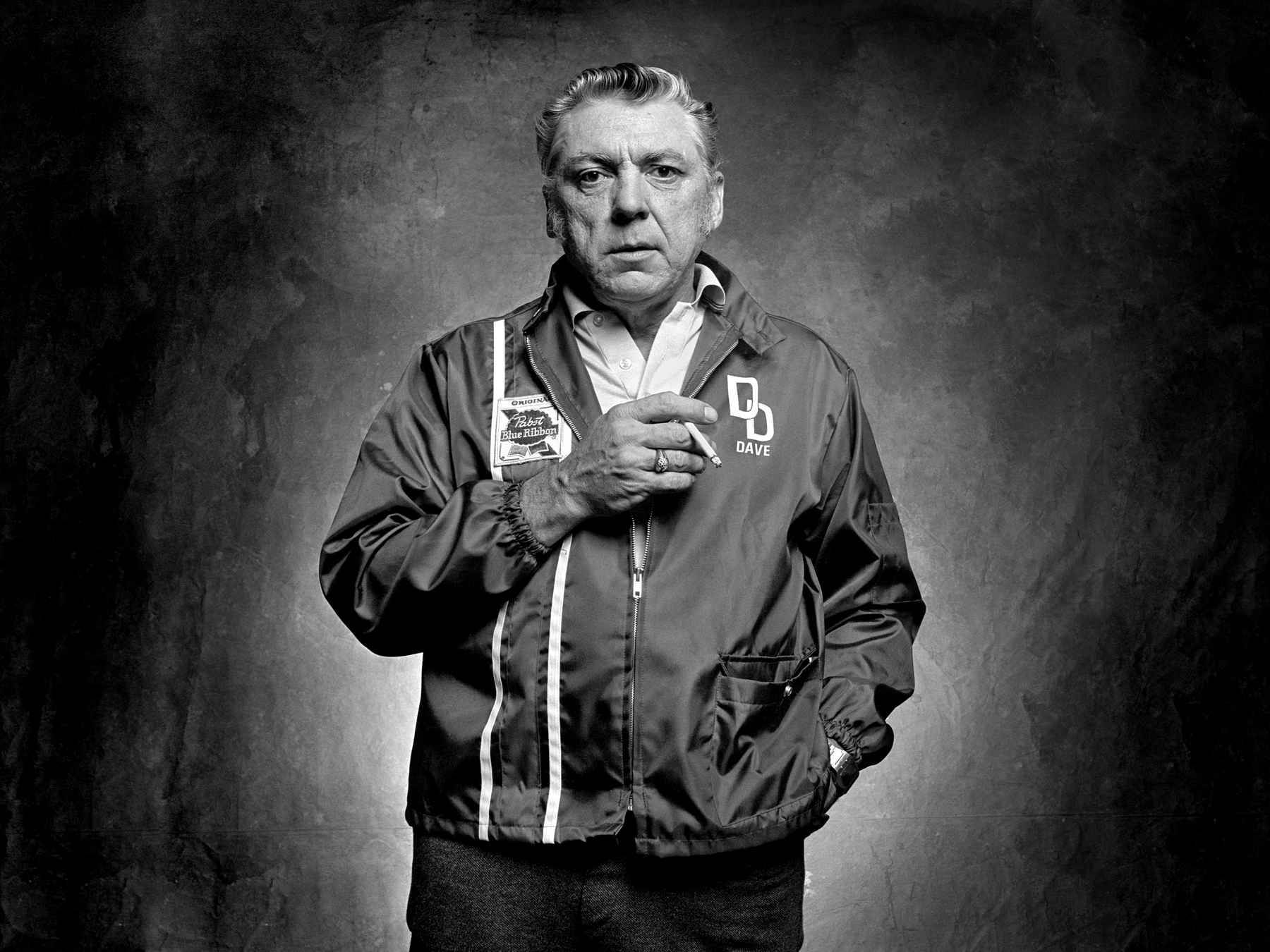 When you’re in college a long way from home, and you don’t have your own wheels, you take a ride from anybody who offers to give you one. This is

Spring Stripers on the Cape
Best Waterproof Boots for 2022
F&S Fly of The Week: The Pat’s Rubber Legs

When you’re in college a long way from home, and you don’t have your own wheels, you take a ride from anybody who offers to give you one. This is a roundabout way of saying that I don’t remember whose car I was in when I heard “Six Days on the Road” for the first time, circa 1976-77. What I do remember, though, is that when those irresistibly propulsive licks exploded out of the speakers, I didn’t know whether to shit or go blind.

“The Flying Burrito Brothers doing ‘Six Days on the Road,’” the driver said.

It was like nothing I’d ever heard before, and while I’d been gravitating toward the country-rock sound for a while—Neil Young’s Harvest album had moved the needle in that direction, also “Teach Your Children” by CSN&Y and some of Dylan’s stuff—the revelation of “Six Days” cemented my conversion once and for all. I won’t say that I never bought another “straight” rock album, but I sure as hell didn’t buy many.

Besides, by the time I graduated from college in 1979, pretty much all the best rock records had already been made.

The Burritos’ warp-drive version of “Six Days” came to be regarded, of course, as one of country-rock’s seminal recordings, its reputation gilded by its association with Gram Parsons, the band’s visionary founder and the original “Cosmic Cowboy.” It’s remained a touchstone of my own musical journey, too, as well as a staple of road-trip playlists for 40-plus years.

The thing is—and I’m embarrassed to admit that I didn’t learn this until sometime in the 1980s—the Burritos’ recording is a cover. An absolutely killer cover, to be sure, but a cover nevertheless. The definitive recording of “Six Days on the Road,” you see, was made in 1963 by a then-unknown country singer from Stevens Point, Wisconsin, a guy who’d been paying his dues in smoke-filled, beer-drenched bars and roadhouses for years but had never been able to catch a break. Born Darwin David Pudraska in 1926, around 1950 he started going by his stage name: Dave Dudley.

He scuffled around as a DJ at various Midwestern locations, too, eventually landing at station KEVE in Minneapolis. By day he spun platters; nights, he performed with his band, The Country Gentlemen, at a local club called The Flame. National acts frequently played there as well, including Grand Ole Opry star Jimmy C. (for Cajun) Newman. Newman and Dudley hit it off, and one night Newman gave Dudley the music to a tune he’d been offered by songwriters Earl Green and Carl “Peanut” Montgomery, an up-tempo truck-driving number called “Six Days on the Road.”

“I can’t sing this song,” Newman explained. “But you can.”

Newman tossed the music into Dudley’s guitar case, where it lay more-or-less forgotten for two or three years. Then, in March, 1963, Dudley was wrapping up a recording session at Kay Bank Studio in Minneapolis and realized he still had some paid-for time on his hands.

“I went to make three songs,” Dudley recalled. “It took all the money I had to do it. We weren’t planning on a fourth song, but we found out we had 35 or 40 minutes of time left. So I gave the lyrics to the girl, and while she was typing it, we were learning it. We practiced it once, and on the second time through we got it.”

And, just like that, country music history was made. Released first on the tiny Soma label, then on the only slightly larger Golden Wing label, “Six Days” rocketed to Number 2 on the country charts and cracked the popular Top 40 as well. It was, as a music historian later put it, “The Big Bang of trucker country.”

Delivered in Dudley’s big, beef-stew baritone, spiced with swagger and salted with manly pride, “Six Days” tells the story of a weary trucker who’s been away from home too long. He’s missing his baby—it feels like a month since he kissed her good-bye—but now he’s got the pedal to the metal. He’s dodging the scales, popping little white pills, and pushing his rig so hard the exhaust stacks look like flamethrowers.

Whatever it takes, he’s gonna make it home tonight.

It wasn’t the first truck-driving song; some say it’s not even the best (although its only real rival, in my opinion, is Merle Haggard’s “White Line Fever”). But it’s without a doubt the best-known, and by far the most-covered—one of the most-covered country songs of all time, in fact. It’s the song that propelled truck-driving music from country’s margins to its mainstream; the song that, perhaps more than any other, elevated the image of the long-haul trucker to Knight of the Highway.

He never let success go to his head, though. True to his Midwestern roots, Dudley became known as one of the hardest-working performers in the business, recording at a torrid pace and playing as many as 200 dates a year.

One night the road led Dudley to a club in Milwaukee called Nick’s Nickabob. Between sets, he struck up a conversation with a slim, pretty gal named Marie Serkowski. What he didn’t know, at the time, was that her idea of fun was wrecking cars: Around Milwaukee, Marie was known as “The Polish Princess of Demolition Derby.”

She wasn’t a country music fan, either. A girlfriend had dragged her to the club, and when they got there Marie refused to pay the $3 cover. They let her in anyway.

In 1977 Marie Serkowski became Mrs. Dave Dudley. The couple moved to Staples Lake, near the village of Danbury in the St. Croix River country of northwestern Wisconsin. They ran a bar and resort there as Dudley’s career wound down … until suddenly, around 1980, it roared back to life in, of all places, Europe. A German country band (yes, there is such a thing) had scored a hit with a song called “I Want to Hear More Dave Dudley,” and the next thing Dudley knew, he was on a flight to Europe.

He toured Europe annually for the next 20 years, even performing behind the Iron Curtain in East Germany. He once told a friend, “I don’t know if those Germans can understand what I’m singin’, but they sure do love me over there.”

Dave Dudley passed away on December 22, 2003, at the age of 77. It was a snowy night and, after stopping for a few beers at a bar called the Fish Bowl, he was engaging the hubs on his four-wheel-drive pick-up—with his hands, the way a man’s supposed to do it—when his heart gave out. His headstone in the Danbury Cemetery bears the epitaph: “Six Days on the Road. Retired and Expired.”

He never lost his sense of humor, either.

Marie Dudley still lives quietly in the home she shared with him on Staples Lake. When she passes, she’ll be buried alongside her husband. Her name is already on the headstone, with a finger pointing to Dudley’s side and the legend “I’m With Him.”

Oh, and if you’re wondering which version of “Six Days” is ultimately my favorite, Dudley’s or the Burritos’, the answer, like the answer to “Ginger or Mary Ann?,” is “Both.” That’s the great thing about recorded music: You don’t have to choose.

My hometown’s comin’ in sight,

Six days on the road

Six days on the road

Best Things to Do In McCall, Idaho – Bearfoot Theory

Sitting on the shores of glacier-formed Payette Lake in the Cascade Mountains, McCall Idaho is one of my favorite mountain towns in the West. Betwe [...] 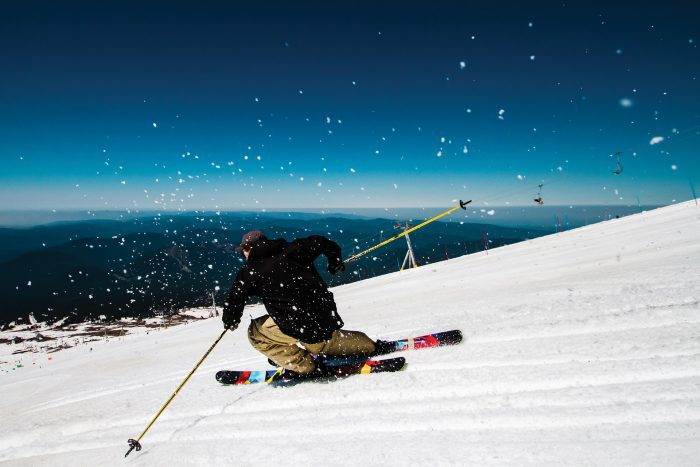 Featured Image: Christopher Newett Last year, we described The Masterblaster as having “handling reminiscent of a Corvette, paire [...] 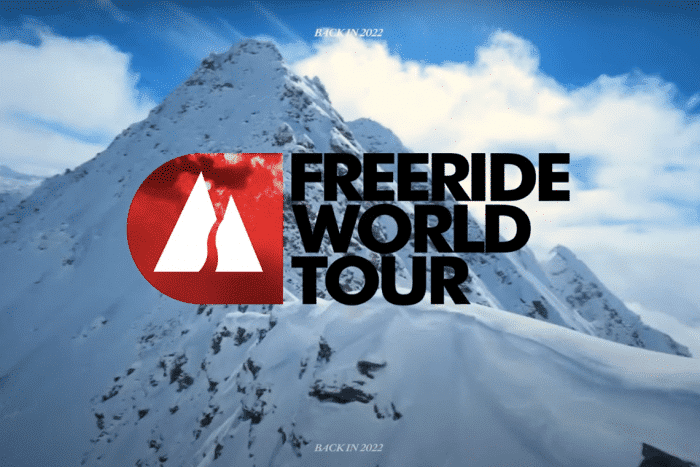 SOUND THE ALARMS! The Freeride World Tour, one of freeskiing’s staple yearly events, announced their roster and schedule for the u [...]
Copyright 2022 Everest.com. All rights reserved