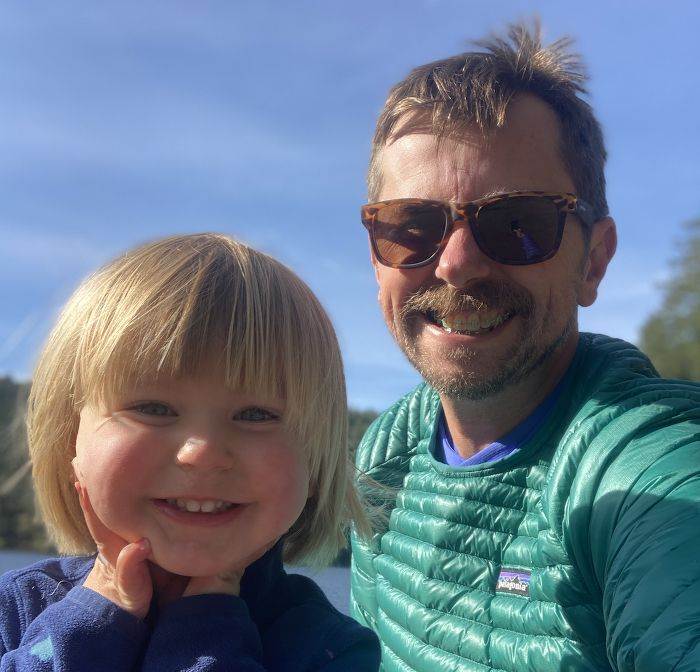 The Patagonia UltraAlpine Down Crew Asks: Why Zippers?

Of all the, let’s say, experimental outdoor clothes I wear, including a pair of hiking boots with uppers made from Dyneema that look mor

The Used Gear Market Is Betting You Don’t Want to Buy New Stuff
The 5 Best Tips For Hiking With Young Kids
Outguided: The Story Behind the Brand

Of all the, let’s say, experimental outdoor clothes I wear, including a pair of hiking boots with uppers made from Dyneema that look more appropriate for Mars than our planet, none have received more remarks from randoms, mostly compliments, than my Patagonia UltraAlpine Down Crew. Why? Because it’s a down jacket without a zipper. A crew cut sweater, but insulated with down. It’s kinda weird, and completely awesome.

It’s stuffed with 800-fill, responsibly sourced down, and weighs about 6.5 ounces. Because there’s no zipper, it somehow feels even lighter than that. It compresses down into virtually nothing, too. You can easily stuff it in the pocket of a big jacket, unsure if you’ll need the extra layer. It’s also nice to just pull it over your head, rather than find a zipper pull. A small thing, but still, it makes a difference. Even better is that it’s so dang flexible and easy to move around in. It feels terrific wearing down, but with no zipper restricting any movement.

I wear it over a wool t-shirt down to about 45 degrees, quite comfortably, then when it gets into the 30s, you can go down on down, and throw a light jacket over it too. UltraAlpine is apparently an “experimental” line for Patagonia, so who knows how long these will be around. But here’s to hoping it sticks, because when this one wears out eventually, I’ll want another.

Welcome to the only Friday the 13th edition of the Orvis News Friday Fly-Fishing Film Festival of 2022! Each week, we scour the Web for the be [...]

“Spotting scope” is kind of a misnomer. Yes, you can spot critters with one, but it’s not the best use for your big glass. The right way to [...]

By Michael Lanza I doubt that I had any typical routine when arriving at a campsite on my earliest backpacking trips; like many backpackers, I [...]
Copyright 2022 Everest.com. All rights reserved