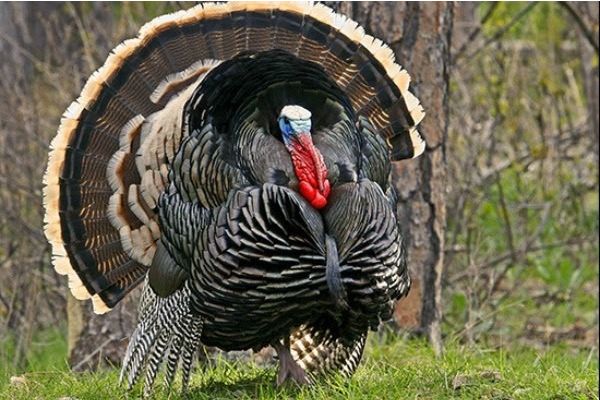 The NWTF is helping fund the most thorough wild turkey ecology study in North Dakota to date. The new, multipronged research project — led by the Uni The NWTF is helping fund the most thorough wild turkey ecology study in North Dakota to date. The new, multipronged research project — led by the University of North Dakota and the North Dakota Game and Fish Department — seeks to better understand the survival and productivity of North Dakota hens as part of the NDGFD’s translocation program.

“We are excited to partner with the North Dakota Game and Fish and the NWTF to be able to evaluate female turkey demographics in North Dakota in what will be the most intense study of turkey survival, movement and reproduction done in the state,” said Susan Ellis-Felege, Ph.D., UND professor of wildlife ecology and management and project lead for the study.

Year after year, the NDGFD receives calls from farmers about nuisance wild turkeys, including places such as livestock feedlots and even urban areas. These calls are especially widespread during years when harsh winters make forage for birds scarce.

To aid in the nuisance complaints, the department captures and relocates about 200 birds every year and places them on state WMA’s, a win for ranchers and hunters alike. Researchers will study the underpinnings of this unique program while also gathering other insightful information.

Translocating birds across state lines was the primary driver in the wild turkey’s remarkable restoration story throughout the latter end of the 20th century and has been thoroughly studied. However, translocating nuisance birds across North Dakota is a more recent endeavor that is not well-documented and still poses many unanswered questions about how birds respond to being moved to a new habitat.

For each of the two years of the research project, researchers and field technicians will capture 90 wild turkeys (180 total) and attach them with GPS-VHS transmitters. These devices will be attached to both nuisance birds and control birds (birds that are captured and released in the same area).

In addition, all captured birds will receive an aluminum leg band with NDGFD reporting information and will be aged, sexed, swabbed and have blood samples taken. Researchers will use this information to screen for evidence of exposure or infection to many diseases and pathogens and will overall help assess the study population’s health.

Once released at the translocation site or the control site, wild turkeys will send a signal back to researchers every two hours to provide their location. While all the movement data will be useful, researchers will examine critical times — such as the first 30 days after release, during nesting season or during harsh weather conditions — with particular emphasis.

They will then compare the survival, reproduction and movement of both nuisance and control birds, revealing what the overall impacts of translocating wild turkeys in North Dakota are.

The findings of this project will ultimately help the department optimize its translocation program, which is a win across the board, benefitting ranchers, turkeys and improving hunter satisfaction on WMAs

This project is one of seven new research projects the NWTF is funding. At the 12th National Wild Turkey Symposium, the NWTF announced its new $360,000 investment into wild turkey research.

About the National Wild Turkey Federation
When the National Wild Turkey Federation was founded in 1973, there were about 1.3 million wild turkeys in North America. After decades of work, that number hit a historic high of almost 7 million turkeys. To succeed, the NWTF stood behind science-based conservation and hunters’ rights. Today, the NWTF is focused on the future of hunting and conservation through its Save the Habitat. Save the Hunt. initiative. Since 2012, this 10-year initiative has already eclipsed goals of conserving or enhancing more than 4 million acres of essential wildlife habitat, recruiting or retaining more than 1.5 million hunters and opening access to more than 500,000 acres for hunting and other recreation opportunities. This critical work will continue to impact wildlife habitat and our great outdoors in the final years of the initiative.

Warm Your Backside With This Rugged Little Heating Pad

I suppose this is a very obvious piece of equipment, and, I suppose there are many other brands making these. Frankly, I’m not going to look [...]
Fishing

If Devin Olsen puts a fly in his Top 5, you would be well advised to do the same. Obsessed with fly-fishing since his first trout at age 9 [...]
Copyright 2022 Everest.com. All rights reserved