5 Books to Beat the Summer Doldrums

We kinda got away from these book recommendation lists over the past couple years for a variety of reasons not worth getting into here, but I’ve been buying lots of books again (in hardcover too!) and have caught the book bug badly. Probably because I finally put a hammock in the backyard. Or with a toddler and a baby, I’m awake 24/7 so have more time for reading. Whatever the reason, here are five books, some recent, some not, that have enthralled me this summer and that have helped get me back on the page-flipping path. – Ed.

The Rise and Reign of the Mammals
By: Steve Brusatte. (Mariner, 2022)

Brusatte is a paleontologist who primarily studies dinosaurs (his 2018 book “The Rise and Fall of the Dinosaurs” was a big hit) who has somehow found both the time and the interest to write an epic, though somehow breezy, sweep of hundreds of millions of years of mammalian evolution. From pre-mammalian though mammal-like reptiles, to, well, us.

“While it is true that dinosaurs kept mammals from getting big, mammals did the opposite, which was equally impressive: they kept dinosaurs from becoming small.” That seems like a good quote from a book that does something I thought impossible: It makes those tiny, shrew-sized mammals from tens of millions of years ago fascinating. You know the ones, illustrated in dinosaur books cowering in the lee of a fallen tree while a Tyrannosaur bellows mightily high above. Of course, the book doesn’t end there, but continues into the glorious eons of the mega-mega fauna, with house-sized hippos and strange combinations of horse/bear/sloth things that are more frightening and cooler than any dinosaur in the newest Jurassic Park franchise.

The real star though is evolution. In which we learn that some mammalian traits have evolved independently, many times, in different parts of the world, and that tiny things like ear and jaw bones are often the really big forks in the road that eventually led to us. Not sure how he does it, but Brusatte makes sections on how molar shapes evolved into can’t-miss page-turners. You won’t look at the animal world the same way again after this one.

The first book by Roberts I ever read was “In Search of the Old Ones,” a moving story of lightly stepping through the land of the ancient Pueblo peoples of the Southwest. He references very carefully climbing his way through the canyons of southern Utah and being amazed at the tiny toeholds carved into the sandstone by the ancient ones and I thought, here’s a man like me, vertigo-touched and afraid of heights.

Later I learned Roberts was an actual mountaineer and real-deal rock climber, so if he was impressed by what the Puebloans climbed, than it was indeed impressive. As I dipped more into the man’s deep catalog of work I was pleased to discover a writer comfortable discussing anthropology and polar explorations and his philosophy of life equally. He died last summer at 78, spending the last few years writing about mortality and what adventure means to humans in general, but more specifically to the wanderlust-afflicted like himself, and, I presume if you’re reading this, you.

“Limits of the Known” is both a personal exploration of the meaning of physical explorations as well as a chronicling of truly astonishing reaches people have made into the unknown. The thing is, any answers Roberts gives as to the meaning of any of this are of course deeply personal and subjective. At the beginning, he dismisses what I think is maybe the greatest amateur expedition in history, Ralph Plaisted and crew’s accidental first exploration of the North Pole by land. For Roberts, their trip was crass and crude because it involved machines; for me it was an astonishing tale of pluck from a bunch of bored Minnesotan teachers and insurance salesmen. Point is, you may not agree with Roberts’ assessment of what adventure means or why we do it, but that’s just fine because he’s not wrong and neither are you.

Full disclosure: I was an editor at SURFER from 2013-2020 when the magazine was shuttered, so I’m not even trying to be objective here. SURFER was the most important magazine in surfing’s history. There were others that came and went and The Surfer’s Journal, its erudite, middle-aged relative, is still going very strong. But SURFER in many ways was surf culture for decades in the pre-digital world. It in equal parts chronicled surf culture and created it, earning the almost too-cliché “Bible of the Sport” designation at some point that it never really shook off.

This book, put together by Grant Ellis, who was SURFER’s longtime photo editor before a bloodthirsty cabal of venture capitalist pigs laid everyone off and ended production on a random Tuesday in 2020, is a collection of the imagery that fueled surfing’s incredible boom from fringe dropout pastime to billion-dollar t-shirt and shorts empire. It’s chronological so as you flip through it you move from a brief “gee whiz pa” innocent early-60s phase through through a good-natured rebellious period, the counterculture years, then what was probably the death knell for us hardcores—the everybody wants a piece of the pie day-go 80s, to the grunge-fueled 90s, to where we still are today a kind of post-modern, who are we anyway and who are these billions of newcomers? phase.

What you get on the journey is a shot in the arm of pure fun. Unlike so many of the adventures we cover here at AJ, nobody’s dying of hunger or cold or falling from a granite cliff in the middle of nowhere in surf tales. Surfing has always felt like a microadventure on the most hum drum days at your local beach, and adventure writ large being jostled in the back of a rickety 4×4 as you plunge into a dense Central American jungle hoping for empty waves on the other side. But it’s always been about the fun, which this book oozes. We have beautiful people in beautiful places having a beautiful time, often while thumbing their noses at everybody else choosing to pursue the rat race. For that alone, this book is the perfect summer escape.

The subtitle here is a bit misleading—with the exception of the first chapter, most of the animals Roach covers in the book break “laws” that are really just wishes we impose upon the animal world. Like the albatrosses the Navy decided to cull from Midway atoll to protect airplanes, or leopards relocated in India because they’ve become habituated to people, to name two examples. “How Humans and Animals Contest Space” isn’t as fun a subtitle though, so this one works.

The first chapter is probably more what you’d expect from a book like this. Roach, who’s a devilishly funny writer, attends a convention to learn how to distinguish animal attacks on humans from human attacks on humans. When authorities find a body in the woods, how do we know if a bear or a jilted ex-lover dispatched the victim? Roach, and the reader, find out in gruesomely funny scenes often involving torn apart mannequins, and wry comments from mustachioed ranger-investigators holding paper plates of donuts. Hard to explain without actually reading it.

Sounding a bit heavy? Rest assured, even the gross and the frightening and, like the albatross, enraging bits, are handled with a light, appropriate touch. I’ve never really thought of the disconnect we feel from animals as funny before, but somehow Roach makes it so.

This is probably a weird recommendation. If you backpack the central and northern Sierra, you probably have this book. If you don’t, you don’t need this book. But more than any other book in my library, and I’m serious, I pull this one out if I have a few minutes to kill and don’t know what else to read. It’s simply lists, and occasionally poetic descriptions, of backcountry hikes.

If I can’t go backpacking, which I usually can’t these days, I’ll crack this puppy open and mind-backpack for a bit. Many of the trails have practically turn-by-turn descriptions, including waterfalls you’ll see, boulder fields you’ll scramble, the colors of wildflowers that might mark your passage in early summer.

It’s the sort of book that gets you thinking about planning a trip, or even just going for a nearby hike. It always makes me wistful. 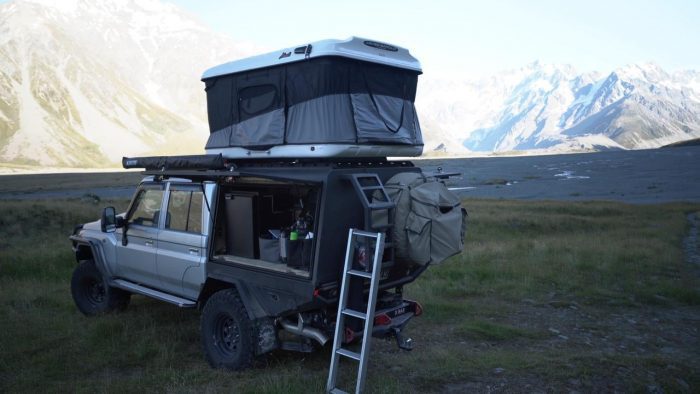 What is your camp setup? 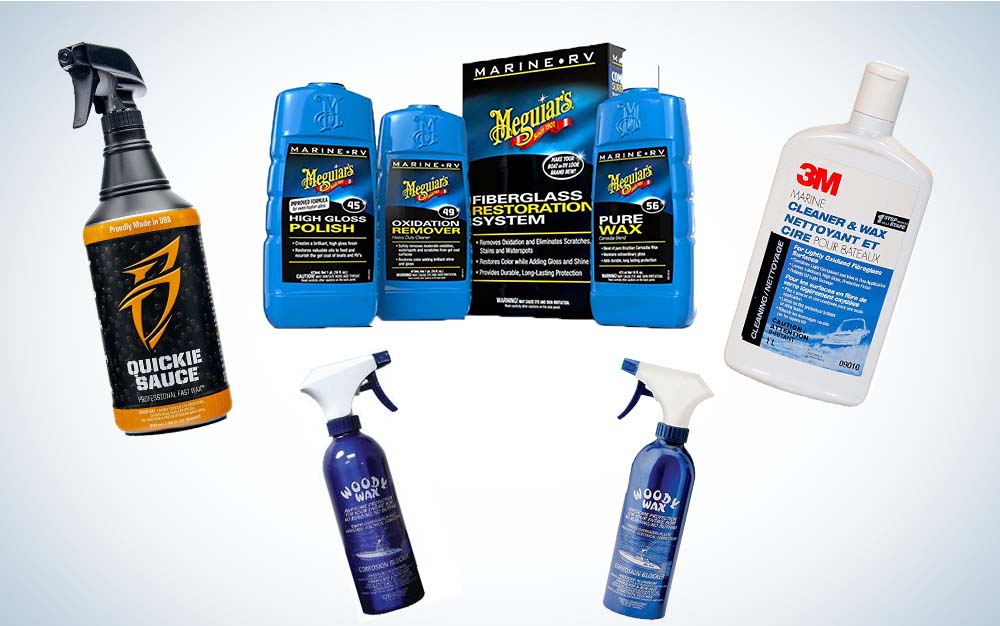 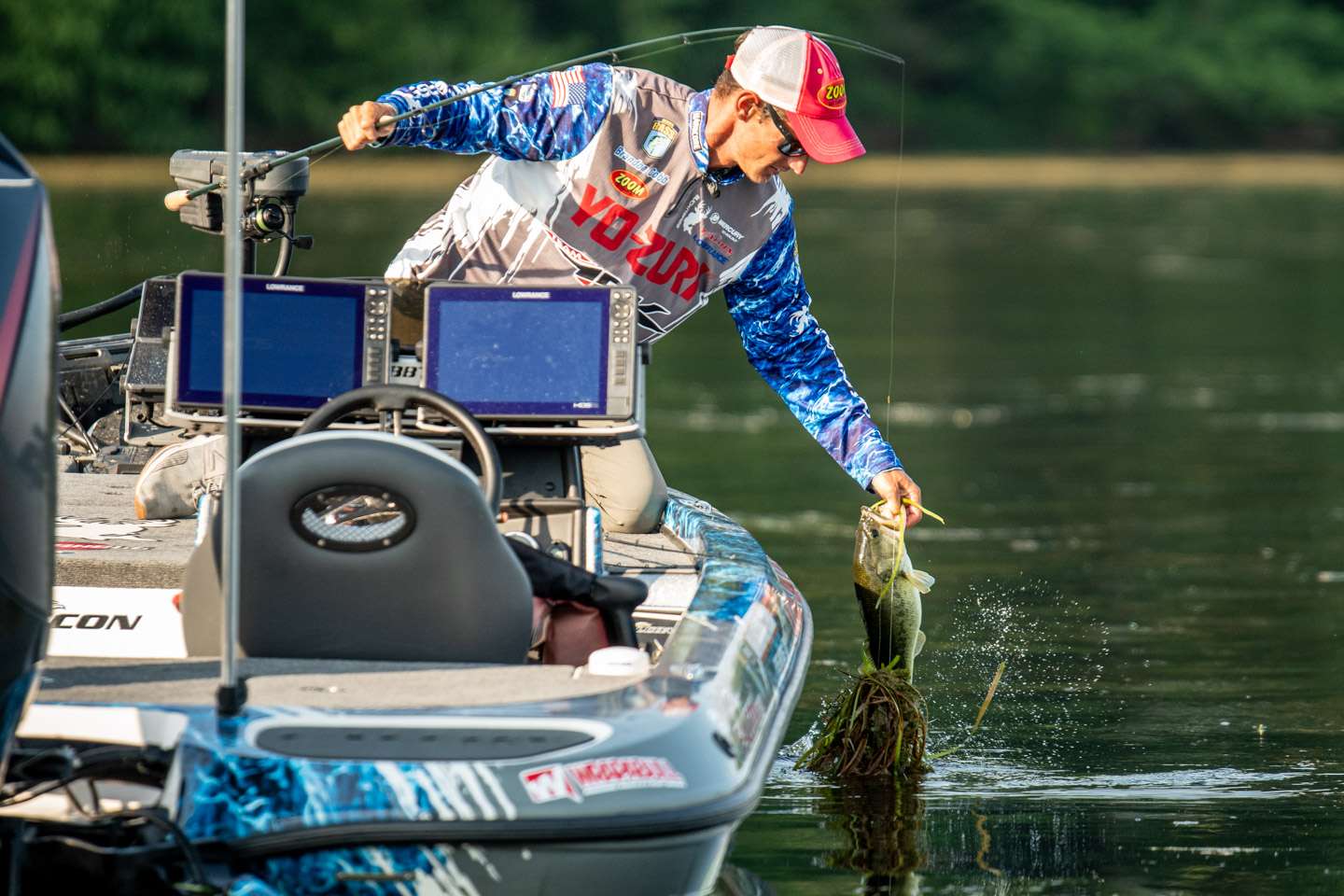 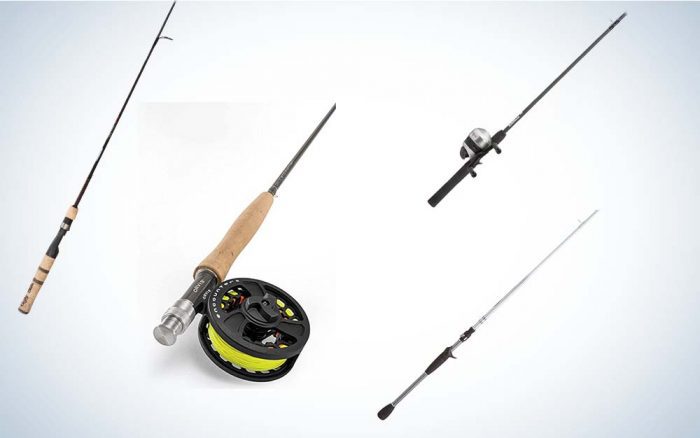 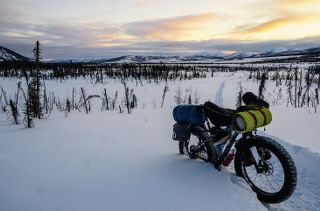 The winter ultra racing community has never been a particularly large one, and