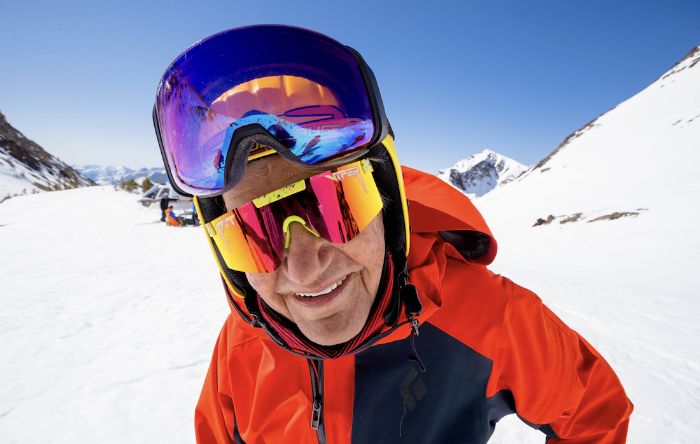 The Snowbird icon Junior Bounous has skied circles around people two-thirds of his age this winter by skiing for 96 days. The dude is a legen

The Snowbird icon Junior Bounous has skied circles around people two-thirds of his age this winter by skiing for 96 days. The dude is a legend at Snowbird, and the subject of this fantastic profile the resort put together about Bounous.

“Born in 1925 in Provo, Utah, he learned to ski on his family’s fruit farm. His line was down and to the left to avoid a pile of manure. It was a straight line with consequence, the perfect foundation for big mountain skiing. From that no-fall zone of excrement, Bounous went on to steeps, powder and big air. When he skied backward, they didn’t call it switch; they called it crazy. He hucked big cliffs decades before fat skis, helmets or GoPros. Let’s face it: it was before ski pants. His list of accomplishments includes movies, magazine covers, gelande championships, national titles, Olympic trials, the US National Ski Hall of Fame and carrying the Olympic torch in 2002. In 2021, he set the Guinness World Record for the oldest heli-skier. Among his fans were Stein Eriksen and Warren Miller, who say that Bounous was “so much better than anybody else.”

Hi All,I'm looking for feedback on a project I'm working on. We make CNCed Cam Buckle Utility Straps. We currently sell primerlily to the bikepackin [...]
Camping

Overlanding On A Dried Up Lake In Texas : overlanding

Last year we jumped into the Overlanding / truck camping world without knowing much about it and we recently did our first big trip, spending a month [...]
Adventure

5 Expert Tips For Buying a Rain Jacket For Hiking