A Day of Beach Driving on Daytona Beach in Volusia County, Florida In most parts of the nation beach driving is either highly regulated needing passes and other requirements or just flat out not permitted, but in Volusia County on the Fun Coast of Florida that is not the case. Ranging from Ormond Beach down to New Smyrna Beach there is easy public access to drivable stretches of the beach. To access these beaches there are no prerequisites or special permits needed.

All you need to do is pull up to a beach access spot and pay a daily fee or buy an annual permit. Then, you can drive right onto the beach from there. The daily rate is $20 per vehicle with one same-day re-entry allowed. Or, you can get a year pass for $25 for Volusia County residents or $100 for non-residents. I would say if you’re going to be in the area for a longer period the annual pass would be the better value for beach driving. For vehicle choice, I recommend only taking 4-wheel drive vehicles onto the sand. While I did see many 2-wheel drive cars on the beach, I also saw many 2-wheel drive vehicles get stuck. Talking to a Beach Patrol Officer while helping get a truck unstuck he says on the weekends in just his small stretch of beach north of Ponce Inlet he says anywhere north of 20 cars get stuck on a busy day. Also, while he chooses to help people get unstuck, it’s not actually his job to help people get their cars out of the sand. Other officers will just hand out the phone number to the tow truck that works the beach under contract.

The beach can vary in condition so it can either be hard-packed sand or very soft sand that only 4-wheel drive cars can pass. The beach patrol will put out signs to warn you of the conditions so do pay attention as you drive. Either before you get on the beach or right as you get on the beach you should air down your tires. This will increase the surface area of your tires, which gives you a better grip and more likely to stay on top of the sand instead of digging in. Airing down is also better for your drive train in the long run.

I recommend having at least some basic recovery gear with you when heading out onto the beach. I brought some traction boards, a small shovel, and a compact air compressor. All three of which were utilized by the end of the day. Other items I might recommend would be a recovery rope or snatch strap with shackles. There were several cars that ended up buried too deep to be dug out and had to be yanked out.

There are several different beach accesses across the county that have a manned booth at the entrance. There you pay your fare, and they hand you your pass and a pamphlet of info. The rules for beach driving are the following. There is a 10 MPH speed limit, no texting and driving, one of your front windows must be open at all times, and avoid sea turtle nests. Pretty simple rules to follow. Different stretches of the beach are of different sizes so if you’re wanting a large open stretch of beach to drive make sure to check the online maps before you choose a beach access spot.

We had gone out there on a Saturday so it was pretty busy on the beach, definitely not a secluded sort of thing out there. For the most part, this is not anything challenging. This section of the beach only had a couple of hundred yards of soft sand in the middle, but we never had to go into anything besides 4-high; very straightforward. If you’re out there in the wrong vehicle it became a problem pretty quick. Just because you have knobby tires doesn’t mean a 2-wheel drive truck can go out on the soft sand. This truck got stuck pretty quick and went all the way down to its rear differential. Even with trying to dig it out and getting the boards under its rear tires, it would not budge.

Lucky for them there was a Jeep nearby that was prepared and was more than willing to help them out. With their winch and snatch strap, they were able to pop them out of the sand.

Once that truck got pulled out, we kept going a bit further down the beach towards Ponce Inlet. Once we got to a spot that looked nice and wasn’t too crowded I pulled the truck out of the travel lane and parked it on the dunes side of the travel lanes. A note for anyone whos coming down, you have to park perpendicular to the water. You aren’t allowed to park parallel to the water, this is probably to let as many people park on the beach as possible.

The best thing about driving your truck onto the beach is just how convenient everything is. No lugging equipment around, you just set up near the truck and use it as a home base. I wouldn’t drag a big cooler down to the sand but it’s not a problem in the truck bed. No more forgetting stuff in your car and then having to make more trips back and forth. So after setting up our spot with drinks and sunshade, non-alcoholic drinks because alcohol is illegal on all Volusia County beaches, I tried to do some surf fishing.

I was hoping for some whiting and pompano but that didn’t happen. The waves were breaking way too far out so I couldn’t reach the trough. So trying to set the rig in the crashing surf didn’t work, the 3ozs of lead wasn’t enough to hold the rig in place. A sputnik was needed for this condition but I didn’t bring any on this trip. Even with chasing pompano and snook not happening it was a great time on the beach. Very relaxing and convenient to have the truck right there. No having to go back and forth bringing all your beach gear. Having plenty of ice for cold drinks, and even having a water jug of fresh water to rinse off with was great.

As it got later in the day starting around 5:30ish the beach patrol was going up and down the beach announcing that the tide was coming in. That anyone who was still there in a 2-wheel drive vehicle needed to leave now.  The beach closes to vehicles at 7 pm during the warmer months so we decided to get a move on around 6:30. Easily packed up the truck rinsed off with the water jug and we started driving back to the entrance/exit.

Honestly, I was surprised by how much the tide had come in, over in the Panhandle we don’t see this much tidal movement. This wasn’t even high tide yet. In some spots, the waves were coming up over both of the travel lanes. This of course started causing a lot of problems for some people. Now with the sand getting wet the soft patches were getting sloppier, and more people were getting stuck. Passed by several front-wheel drive sedans stuck up to the frame, trying to use their car mats to try and get some traction. Again they were lucky that the nice beach patrol officer was there, he was pulling people out left and right. We saw one car get pulled to then see it almost drive into the ocean again and stuck again. It was hectic and we had to wait for a while because two cars got stuck close to each other.

Did get a picture of a sea turtle nest while we waited, make sure not to disturb the nests the turtles are highly endangered. After watching the shitshow of stuck sedans, there was finally enough space to pass through and keep moving. Once clear of that, it was a pretty smooth ride back, with a couple of spots of soft sand where you kind of slide around on.

Immediately after pulling off the beach, I pulled off the side of the road and used the air compressor to refill my tires back up. You don’t want to drive around with too low of a PSI on the road. It’s bad for your tires and MPG. If you get the chance I definitely recommend driving on the beach, just make sure your vehicle is capable of going on the sand and you have some recovery gear. 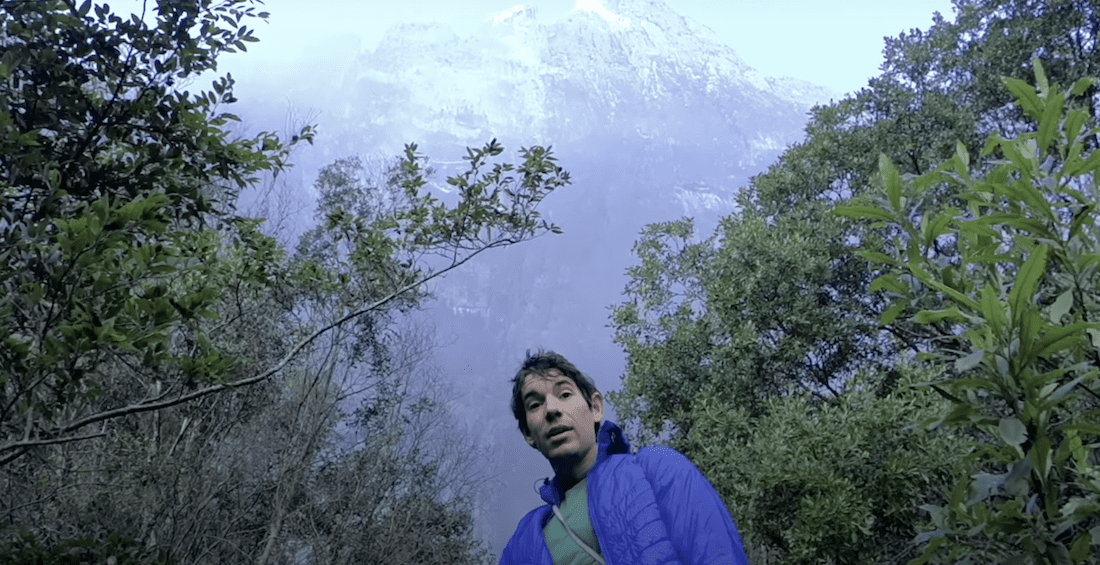 Next
we’re overlanding to SEMA 22 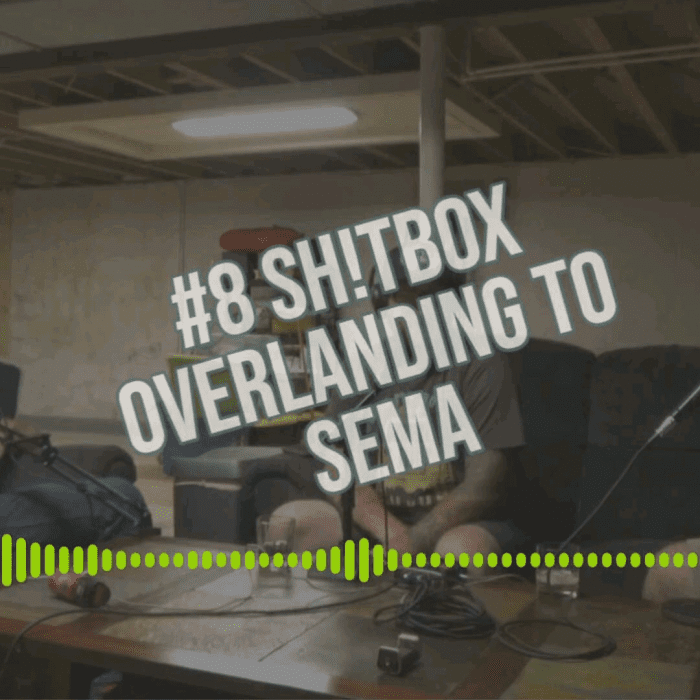 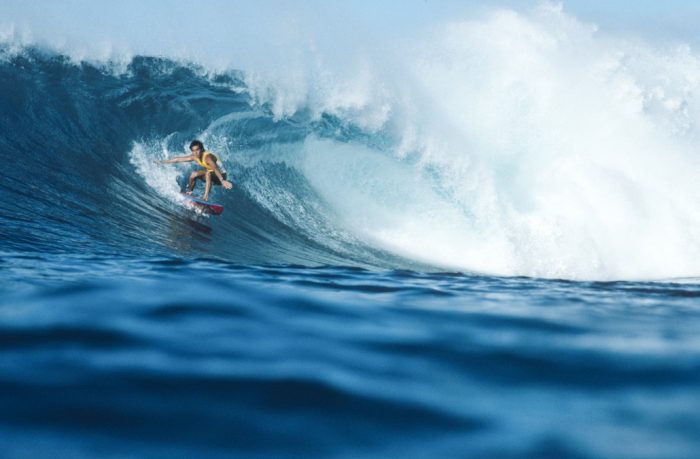 Tragedy seems easier to digest the further away it is in the past, but this 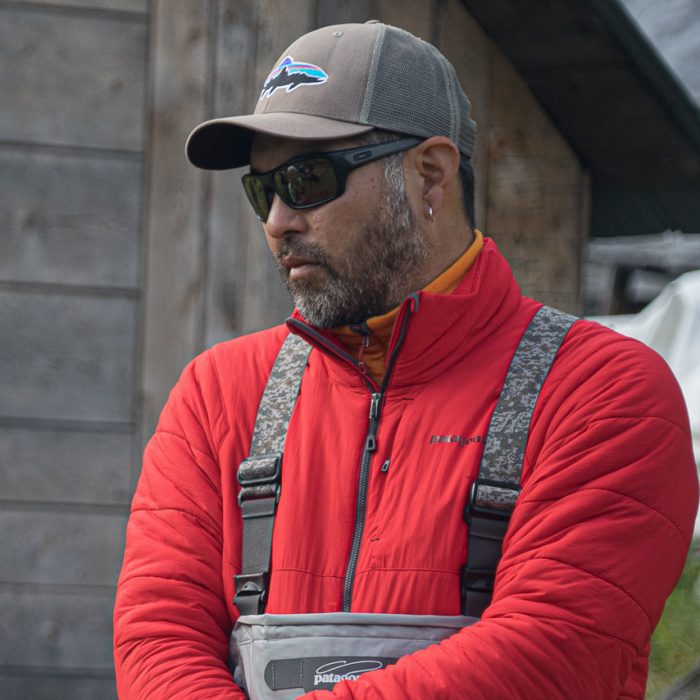 [Interview starts at 32:54] I’ve been asked to touch more on the