Last month the Boone and Crockett Club quietly approved a number of updates to its Big Game Records Eligibility statement that disqualify trophies taken with the aid of technology that’s becoming increasingly prevalent in the field.

According to the update, which took effect Dec. 1, 2021, the use of “sights with built-in electronic range-finding capabilities” and “cameras/timers/motion tracking devices that transmit images and other information to the hunter” are now considered violations of the club’s revered code of ethical conduct. Hunters who enter animals for consideration in the Boone and Crockett Records of North American Big Game must sign an affidavit swearing that they have not relied on these technologies, just as they testify that they have not violated other tenants of fair chase, including chasing game with motorized equipment, hunting inside high fences, drugging animals, or violating local game laws.

If the club’s position paper wasn’t widely circulated when it was adopted last month, the ideas behind the prohibitions got a fresh hearing this week, when the Utah Wildlife Board voted to prohibit trail cameras from hunting seasons in the Beehive State starting in 2022.

The Utah decision actually went beyond the Boone and Crockett’s position statement, which applies fairly narrowly to trail cameras that transmit images and locations of animals instantaneously to a hunter. By a 4-3 decision, the Utah Wildlife Board not only banned all game cameras—both transmitting and non-transmitting models—during hunting seasons, but also prohibited the sale of data and images produced by the cameras. The board’s action also prohibits the use of thermal-imaging devices during hunting seasons.

Utah’s Wildlife Board had previously considered the trail-cam prohibition, but delayed its vote while the Division of Wildlife Resources conducted surveys of hunters to determine the prevalence of cameras and opinions of both resident and nonresident hunters.

Similarly, the Boone and Crockett Club spent the better part of a year crafting its position statement on technology.

“The issue originated from our members, who have seen that every year there’s new technology and new products on the market,” says Justin Spring, director of records for B&C. “Instead of chasing our tail on every new product and type of product, we determined that we needed a higher set of sideboards to consider [appropriate] types of technology,” rather than determining the ethics of individual products.

The result is the latest position statement, which relies on one of the fundamental tenants of the Boone and Crockett Club: situational ethics.

“At the end of the day, our fair-chase entry requirements were never intended to be the end-all list of what is and what is not fair chase,” says Spring. “Our intent is to try to show folks that each person will have their own personal fair-chase ethic. Our requirements are the bare minimum. You can’t drop below our standards and be anywhere close to fair chase.”

A Roster of Ineligibility

The club offers some context for its updated eligibility rules, which are being circulated to official B&C measurers this month. While activities prohibited by the club’s new rules are fully legal in many jurisdictions, they serve as a bar to entry into the Boone and Crockett Club records as violations of the spirit of fair chase, or giving an animal an adequate chance to escape the pursuit of a hunter. According to the club’s statement:

Technological advancement in hunting equipment is a natural progression of our desire to be successful and affective [sic] in ethically harvesting game. At some point, these technologies can displace a hunter’s skills to the point of taking unfair advantage of the game. Below are some examples (which are not intended to be an exhaustive list):

Boone and Crockett’s Spring specifically noted the rise in long-range hunting, and the way reliance on technology can replace traditional field skills such as stalking and range estimation, as problematic to ethical hunting.

“Long-range shooting and hunting is nuanced,” he says. “For some people who practice at long ranges, a 400-yard shot is a guaranteed kill. Others struggle to hit at 100 yards. That’s one of those issues where you need to decide as a hunter what your personal ethical distance is, and where you rely on technology to replace your traditional skills. What we’re saying in our position statement is that when technology makes range and aiming adjustments automatically, as in the case of smart scopes, a line is crossed. We hope it causes hunters to really think about how much of this technology is too much in pursuit of animals.”

“Trail cameras in the East vs. trail cameras in the West are two very different issues,” he says. “In resource-limited and water-limited areas, cameras create an entirely different set of fair-chase problems than they do in an area where a whitetail might have a fairly small home range and plenty of water sources and food.”

Spring says the club would be unlikely to support prohibitions on all cameras, because of these regional differences, especially if wildlife agencies didn’t view them as management problems. The club’s prohibition on cellular-enabled cameras is specifically because of their capability to transmit images electronically, which is a violation related to B&C’s longtime opposition to two-way communication in pursuit of game animals.

Back in Utah, the Wildlife Board’s decision to ban trail cameras has received mixed reviews that are fairly congruous with the divided sentiment gleaned from the agency’s survey last year.

Some hunters, like Eric Montague, feel that moderate use of trail cameras is a fair strategy in return for decades of waiting for a special big-game tag.

Montague, who opposes any form of wireless transmission of remote-camera images, notes that an average Utah resident hunter can expect to draw only one or two premium-entry, big-game tags in their lifetime. He balks at such restrictions on hunting success, given the long waits for opportunity, especially for Utah’s once-in-a-lifetime species such as bison, bighorn sheep, moose, and mountain goats.

“How can one argue that after waiting 30 years to hunt one of these animals, it is unethical to use a trail camera to aid you at your one shot?”

But Spring, at the Boone and Crockett Club, says that many of the club’s stances on ethical behavior have less to do with getting a shot at an animal than they do with ensuring that the non-hunting public doesn’t sour on hunting. And public perceptions that hunters are taking advantage of wild animals by leveraging technology are the new limiting factor for our collective future.

“When the Club first started its code of fair-chase ethics, it was to put an end to tactics that were decimating increasingly scarce game animals,” says Spring. They included prohibitions on spotlighting, herding animals into water in order to slaughter them, and “crusting,” or pursuing animals into deep foundering snow. “Now, the guidelines are more nuanced. We’re trying to ensure that hunting continues into the future by maintaining public acceptance of hunting. Fair chase is still important to save wildlife, but it’s not at the level of behavior modification that it was at the very beginning, when our wildlife were literally on the brink.”

Spring noted that the B&C Club generally supports decisions made by state game commissions and agencies. The Utah game-camera ban follows similar prohibitions in Arizona, Nevada, and Montana, which later amended its blanket prohibition to apply only to image-transmitting cameras. Vermont’s Fish & Wildlife Board is currently considering a petition to ban “live-action” trail cameras during hunting season.

Read Next: The History—and Future—of Trophy Hunting in North America

For Justin Spring, the issue isn’t over with the specific technologies that are either banned or allowed for hunting. Instead, it’s the starting point for an internal dialog about how technology alters each hunter’s experience.

“One of the issues I have with technology is that it makes us a little bit better, and a little more effective with each new advancement,” says Spring. “That’s good. We should be pursuing any aid in a quick kill. But is technology helping us guarantee a kill? There are some states where residents are waiting 20 and 30 years for an elk tag. Is that because it’s become a guaranteed kill when you get a tag? Is our reliance on technology taking away opportunity for folks? I’m not worried that there is going to be a single technology that is going to arrive and end hunting, but I think it’s up to all of us to avoid letting technology define our hunt.”

Prev
WinterWonderGrass Steamboat: Everything you need to know 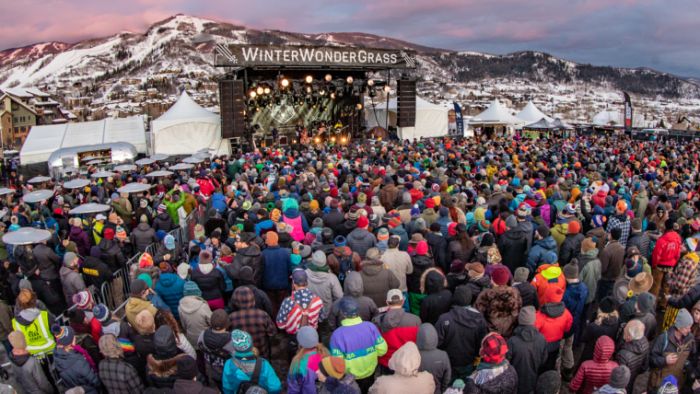 WinterWonderGrass Steamboat: Everything you need to know

The Library of Congress defines bluegrass as “a tradition-based modern 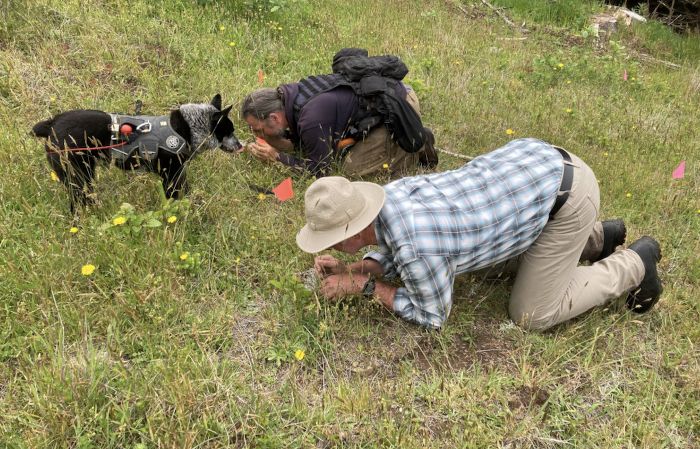 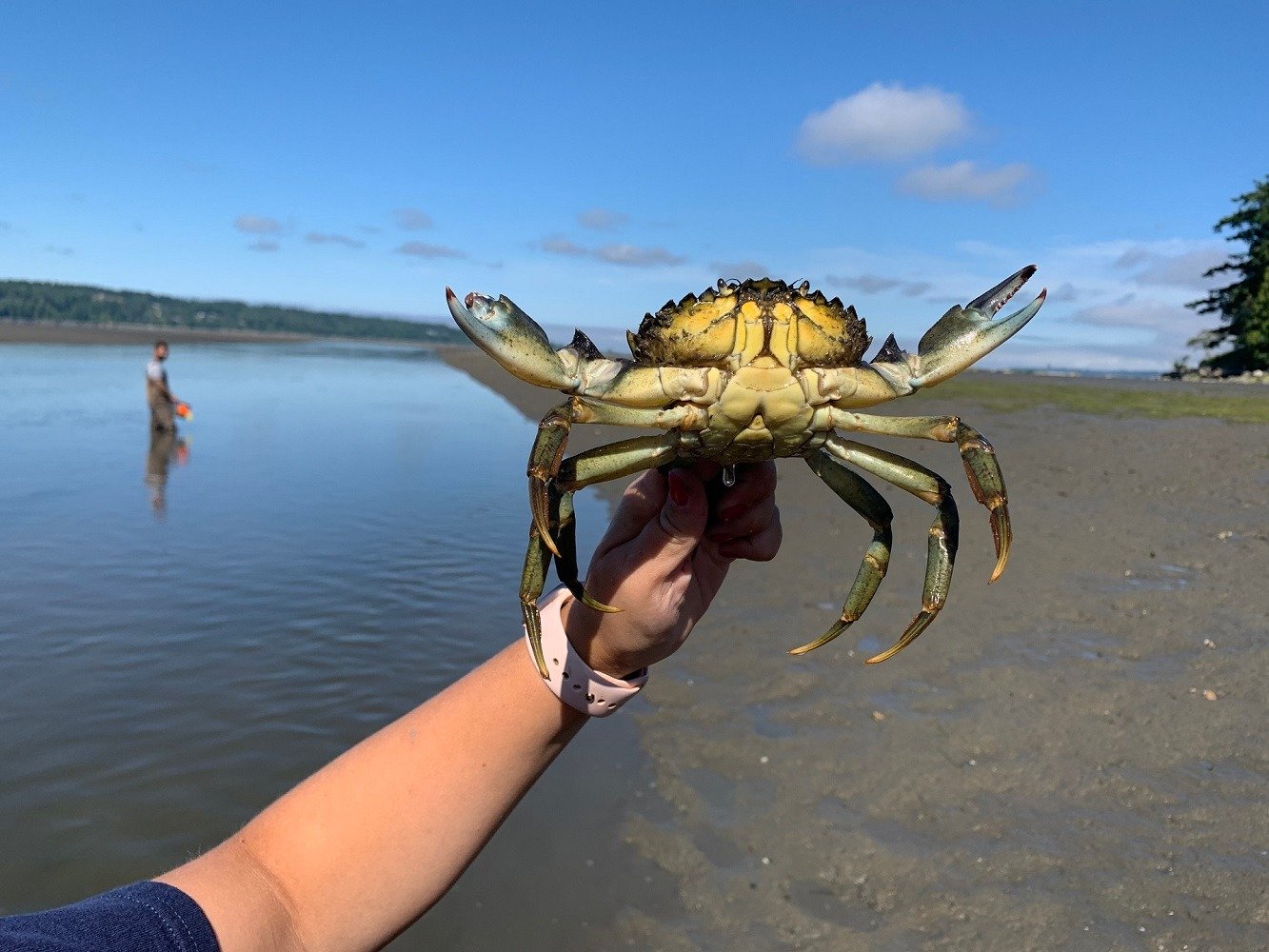 Emergency measures have been deployed to control the invasive European green

If you live near whitetails chances are you have, or at least contemplated, 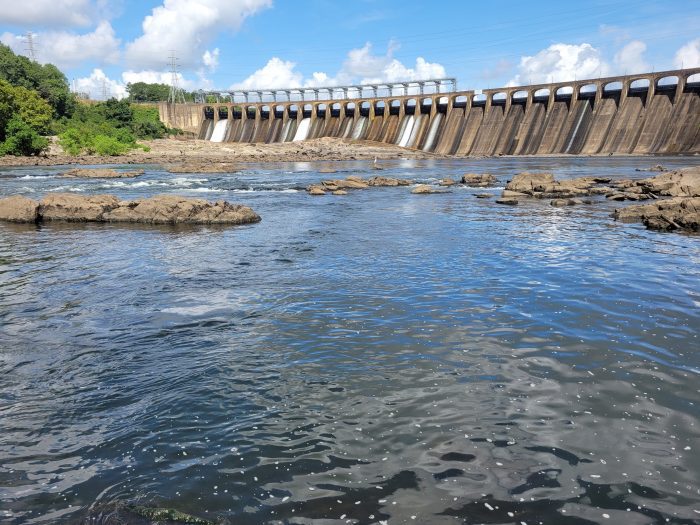 Back at the beginning of July, I decided I wanted to go tailrace fishing for