I was a keep-it-natural skeptic. The thought of adding a buck decoy to my bowhunting setup made me cringe. I’ve always had to learn things the hard way, and my cautious attitude cost me several big bucks early in my bowhunting life.

That attitude has been adjusted, compliments of a 140-inch 8-point that shattered my Flambeau Boss Buck. I’d seen the buck multiple times on a significant green food source and couldn’t get in the right tree. As a last-ditch effort, I bought a decoy and set it out. Two hours into the hunt, my target buck was pawing the ground at 20 yards. Panicked, I missed. The arrow slapped the buck’s back, which pissed him off, and he destroyed the decoy—sending plastic this way and that—before running off.

Since that encounter, I’ve been pro-decoy. No, I don’t use a deer decoy in every situation, but when hunting an open area where bucks can see, and I can call those bucks, I want to give them a visual.

edges where pinpointing entrance and exit routes proves difficult. Bucks check food sources often and want to emerge on a field, show dominance, and start sniffing the ladies. They tend to get annoyed when they look up and see an imposter already on their field.

Decoys are also a must for ground-game bowhunters. Use a bow-mounted decoy in combination with a 3-D buck decoy, plop down in some CRP, and get ready for action. This combo works like a charm. A passer-by buck sees the 3-D decoy and then spies what appears to be a pinned-down, ready-to-breed doe. The combination is often too much for a lovesick brute to handle, and they come on a string. Best of all, you don’t need a treestand or ground blind to pull this hunt off.

Things To Consider Before Buying

Honestly, not much. Decoys can be highly effective during pre, peak, and post-rut phases, and if you want to add a level of excitement to your whitetail routine, a decoy will do it lickety-split.

Don’t skimp on quality if you opt for a traditional 3-D buck decoy. There are terrible decoys on the market, and poor makes produce terrible in-the-field results. I like Dave Smith Decoys, Flambeau, and though it didn’t earn an award in this piece, I’ve had great success with Primos’ Scar Deer Decoy.

If you go the cloth full-body or bow-mounted route, pay special attention to how the decoy attaches to your bow—simplicity is everything. As for full-body cloth decoys, ensure the staking system is sound and that you can get those decoys stabilized in hard, frozen ground.

Dave Smith is an artist, and his decoys look like they belong in a museum, not in the field. The Posturing Buck Decoy is no different, and the realism of the fake and its aggressive stance works well on bringing trophy bucks in close.

Several times when hunting with this decoy, I got lost in the sit, forgot I set it out, and then had my heart skip a beat when I looked up. Deer decoys don’t get any more realistic, and the position of the decoy’s ears, thick neck, and aggressive posture is just too much for bucks out looking for love. The fake comes complete with a set of realistic antlers, a set of ears, and a field stake. I recommend spending the extra $70 and getting the Posturing Buck Stand; it trumps the stake. A.C.E. technology gives the decoy great flexibility and memory, so you won’t be fighting creases and portions of the decoy that have sunken in. The decoy retains its shape and look and will last for seasons regardless of weather conditions. DSD doesn’t overlook the fine details—this deer decoy has it all—and sports remarkable craftsmanship.

For a decoy wearing a $150 price tag, this deer imposter has a lot going for it. It agitates, not intimidates. The body size resembles a 2-1/2-year-old buck, and that’s being generous, and the Scrapper’s headgear is tiny. While I have seen mature bucks ignore the decoy completely, others will come in and destroy it.

If you’re looking to get into the decoy game but aren’t sure if it will be a tactic you lean on often, the Scrapper Buck is a great choice. The decoy has excellent realism, is a breeze to assemble, and because the legs, ears, and antlers fit inside the central body cavity, the decoy is easy to tote to the woods via the blaze orange carry bag. Threaded posts and locking lugs have improved overall stability, but even Flambeau’s new square head stakes, which are included with the decoy, tend to not hold up in strong winds. The rear leg scent tag attachment is a nice touch, and I cheer the lifelike faux tail.

The realism on this diminutive buck is great, and when Chris Schiller created the model, he wanted a fake that would agitate instead of intimidate. That said, the size of the decoy can occasionally be an issue. I’ve seen bucks ignore it, but I’ve seen others destroy it. Depends on the day. Still, at this price you’d be hard pressed to find something better.

Flambeau has been crafting excellent decoys for decades, and the Master Series Grazing Doe is a great example of the manufacturer’s attention to detail and realism. The decoy creates a calm atmosphere and has worked well at bringing not-ready-to-lock-horns bucks across open areas into bow range.

The effectiveness of doe decoys goes overlooked. Doe decoys are great tools during all phases of the season. I especially like the non-aggressive feeding posture, which tells bucks and other ladies that all is well and nothing out of the ordinary is going on. Along with her inoffensive posture, the decoy is incredibly lifelike; the paint scheme is perfect, and the hair detail is realistic. The lug and keyhole leg attachment design promises rapid assembly, and the legs and ears fit in the body cavity for easy transport. The decoy is lifesized, which adds realism, and if you want to shake things up during the rut, add a buck decoy to this Grazing Doe. I’ve had great results using a buck and a doe decoy as a pair.

If you hunt whitetails anywhere in the country, this decoy should be in your bag of tricks. A lightweight, cloth-style fake attaches to your compound bow’s top and bottom limb pockets. The decoy is ultra-realistic and can be converted from a doe to a buck in seconds.

Some might laugh, but this decoy could have easily captured the best overall deer decoy. The Stalker Whitetail mounts to your bow in seconds via Velcro—multiple mounting systems are available—and the size is perfect for covering your movements. The decoy is secure, covers your body, and the shoot-through window is sized right, meaning arrow interference is never a worry. With this decoy, you can plop down in the brush, go on a stalk, or use my favorite technique, pair it with a 3-D buck and become part of the actual decoy scheme. It would be best if you tried to appreciate this decoy fully, and you can attach a pair of antlers (sold separately) and transform the decoy from a doe to a buck.

Two decoys that allow you to create different scenarios for under $130 should be a no-brainer. While wind will wreak havoc on these full-body cloth-style decoys, the photographic prints give them a real-thing look.

I have successfully used Montana Decoys for deer, turkey, pronghorn, and elk. Under the right conditions, they work well. And since they fold up, fit in a backpack, and weigh next to nothing, I consider them a top-notch whitetail arsenal item. The decoys use a tent-pole system and can be assembled in seconds, and their photographic realistic look is appealing. Many deer have fallen for this deadly duo.

How I Made My Picks

My credit card statement proves I’ve become somewhat of a decoy connoisseur, and I’ve tested and toyed with multiple decoys over the years. Those that earned a spot in this piece earned that spot. Again, though, you need to do some testing and find out what decoy will work the best for you. You can’t go wrong with any of the picks on this list, but when buying a decoy, I consider:

Q: Can you use an archery target as a deer decoy?

Yes, you can. However, 3-D targets are expensive, and most are heavy. Go for it if you can drive your decoy to your locale in an electric buggy. If not, you better build those leg muscles now before the season starts. Also, if a buck gets ultra-aggressive, you could watch your foam decoy get blown apart. I recommend using your targets to shoot at and leaving the decoying to one of the models mentioned above.

Q: Should I leave deer decoys out overnight?

No! If you leave a posturing buck decoy out overnight, chances are excellent you’ll return the following day and find the decoy in pieces. I’ve lost 3-D targets in my yard to a rogue buck that wandered far from his woodlot. If you leave your doe decoy, you’ll likely return to find her broken in the backend, and bucks will be climbing on her all night.

Q: What scent attracts deer the most?

Flip a coin on this question. Scents are a mystery to me, but during the pre-rut and peak breeding, I like to add Wildlife Research’s Special Golden Estrus to decoy setups. A dominant buck scent can also produce good results.

In my experience, if you’re targeting a buck 4-1/2 years old or older, you want a 3-D buck with a solid rack and big body. Big bucks seem to shy more from lesser challengers; because they see them as a non-threat, as they do a more mature deer. If you’re going to pick a fight with a gagger, get a decoy that will tick him off.

Don’t be me. I went too many seasons not taking advantage of using deer decoys during the rut. Not only are deer decoys effective, but they add a second-to-none sense of excitement. I also highly recommend going the bow-mounted decoy route. Pairing that bow-mounted decoy with a 3-D buck decoy to simulate buck locked down on a doe.

Prev
Weekend Trip in Montana back in May 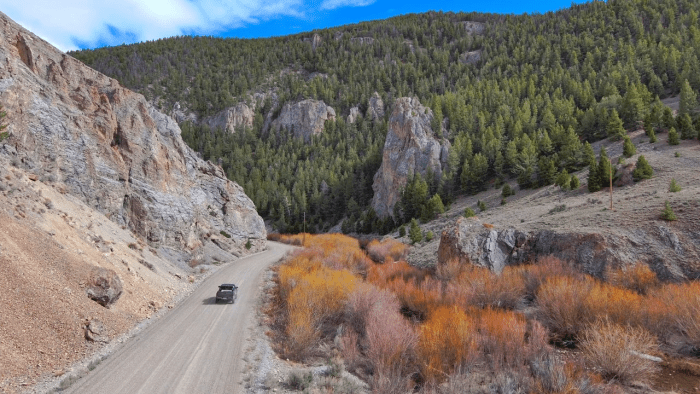 Weekend Trip in Montana back in May 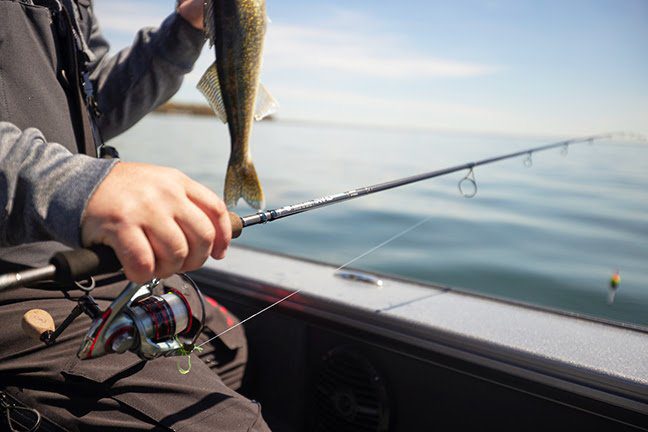 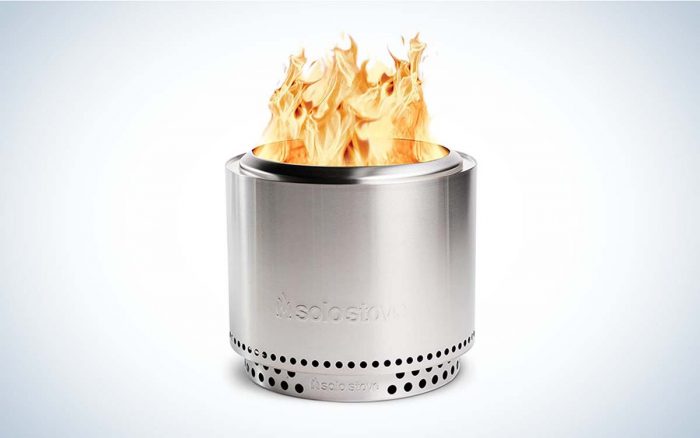 The Solo Stove Bonfire is on Sale for Prime Day 2022 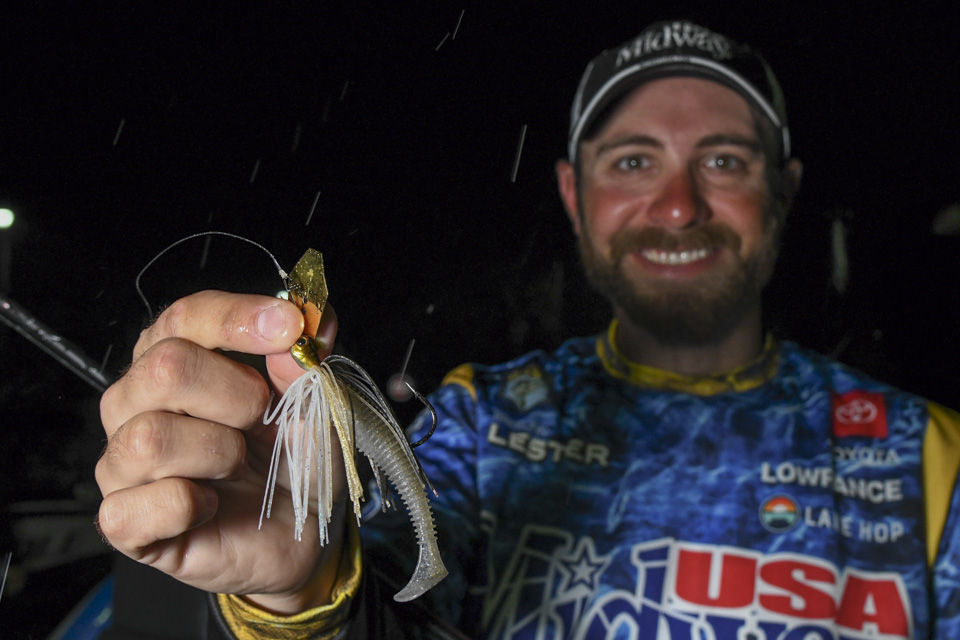 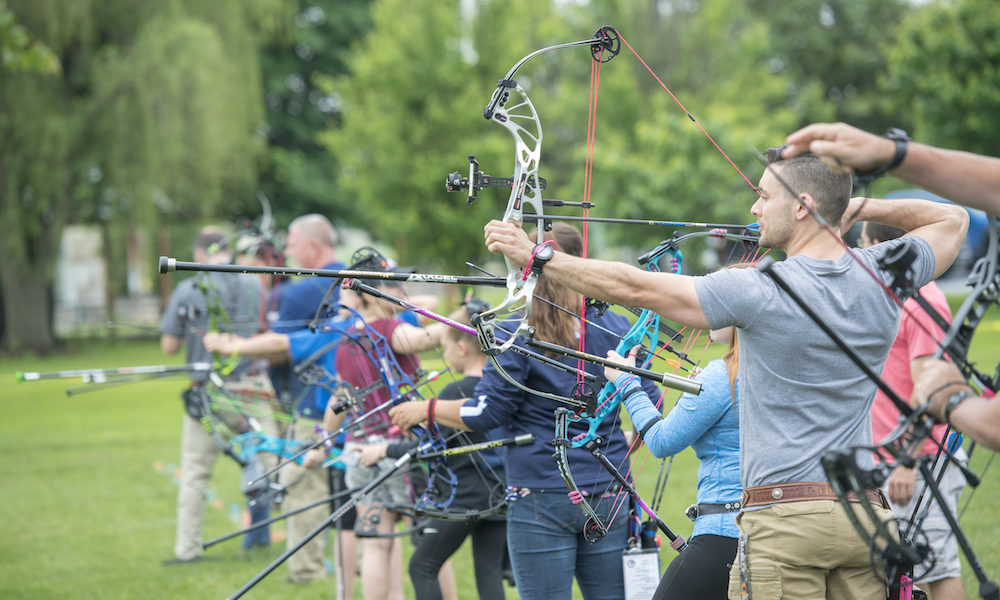