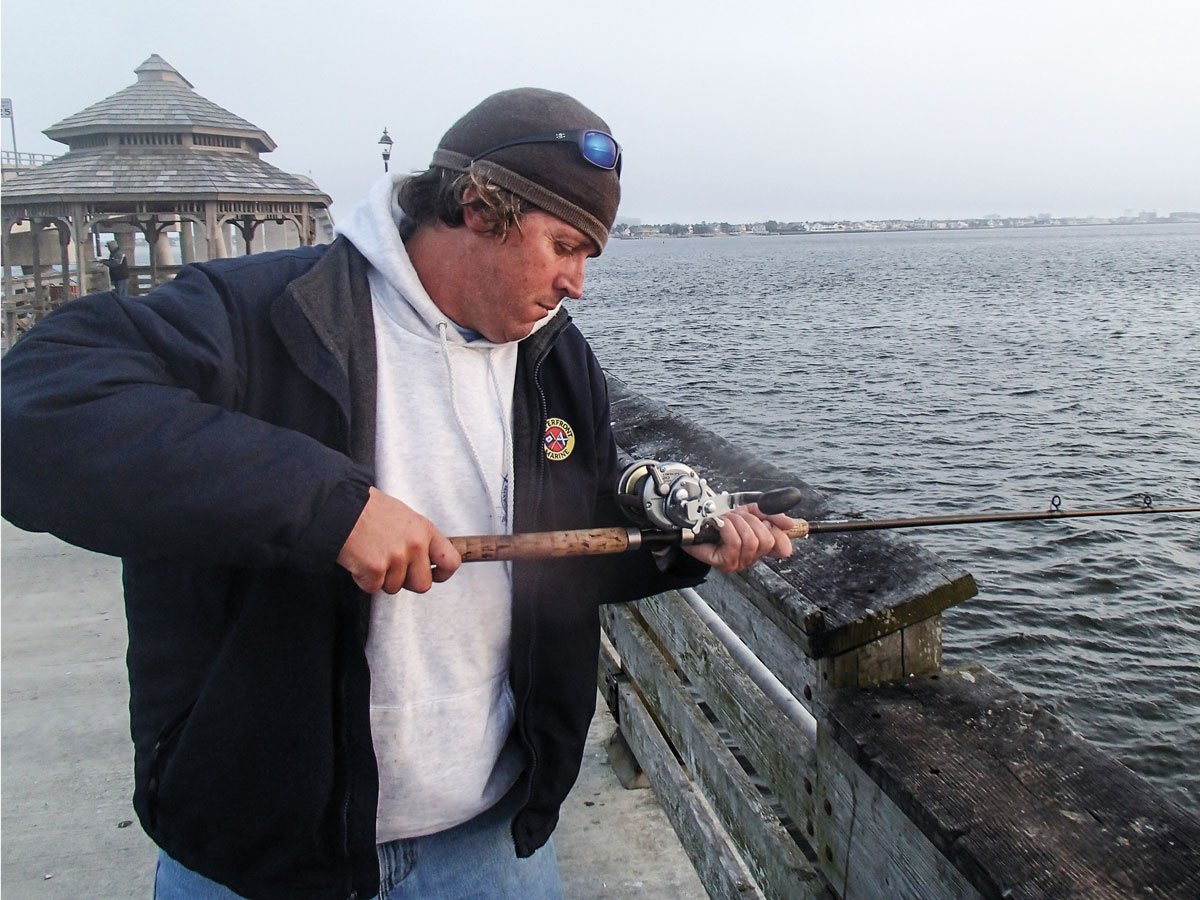 Catching Tautog from Shore – On The Water

Pictured above: The author bouncing a crab off pier pylons Piers In the backwaters, tautog gravitate to a variety of shelters including concrete

Pictured above: The author bouncing a crab off pier pylons

In the backwaters, tautog gravitate to a variety of shelters including concrete rubble and stanchions, rusty rebar, and wooden pilings. These structures contain ecosystems where ‘tog stop to feed on green crabs, mussel colonies, barnacles, and sea worms. Many of these are close-to-shore structures, meaning the shore-bound angler has the advantage since he can pick apart these areas from a fixed point, such as a pier or bridge, to locate fish.

Article: How to Catch Tautog

Knowing the playing field is essential. Take the time to learn every nook and cranny of your pier and know how the tides affect the submarine structure. Learn how an incoming tide works its way around an underwater rock, or how on an outgoing tide rips the current through concrete rubble. Once you understand the inner workings of a certain spot on the pier, you can effectively predict when it will fish best. Most times, pier and bridge tog fishing peaks around the end of the incoming and beginning of the outgoing tides.

Dialed-in fishermen will move around to specific spots on a pier as the tide changes. They’re not doing this because they are antsy – they have learned how tautog use different structures around the pier during each stage of the tide.

As with most tog fishing, a straight up-and-down approach is preferred on piers or bridges, so fishing around the slack tides is most effective.

When fishing from a pier, I use an egg sinker rig to keep the bait in the strike zone when currents are rushing. This simple setup consists of a 2- to 4-ounce egg sinker slid on the line above a barrel swivel and a short 18-inch leader of 60-pound Jinkai Mono Leader. At the end of the mono leader is a 2/0 Gamakatsu Baitholder Hook. I learned this from local ‘toggers who continually pulled fish over the rail while I was getting skunked.

Canal waterways, bulkheads, and rock-laden breakwaters near marina outlets offer loads of tautog fishing structure in the backwaters. Canals can be especially productive, but the channeled waters usually create ripping currents that make fishing difficult unless you fish around the slack tides. Try to catch the tide an hour before and an hour after the high slack so that your rig stays in place long enough for a tog to find it.

Bulkheads allow anglers to fish straight up and down, as the sheer face of these manmade structures attract tautog right to an angler’s feet.

Explore the area along a canal waterway, taking the time to mentally map out where the underwater structure lies. This will reveal where the tog stage during certain stages of the tide as they seek breaks from the strong canal currents.

In canals, I use a Belmar rig with an overhand knot and a size 4 to 6 Virginia-style hook on a lark’s head knot three inches above the sinker loop.

You can start tautog fishing from shore when the tide starts moving, but keep your sinker off the bottom and bounce it along the bottom, where it will eventually land in front of a tog’s mouth. You will inevitably lose a bunch of rigs, but by doing so, you will find areas where tog stack up, providing a reliable tog spot for years to come. 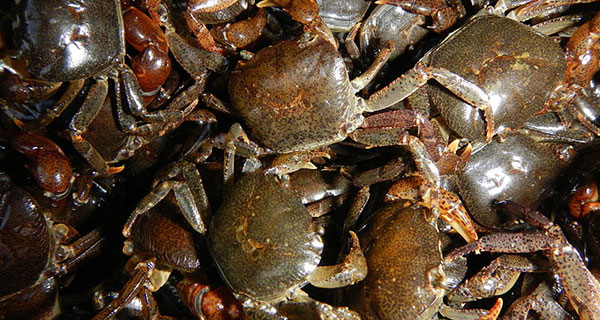 While the usual boat baits for tog are green crabs, white-legger crabs, and even clams, tog swimming close to shore seem to have a weakness for the small crabs that live around the back bays and jetty rocks. The best way to get these baits is to catch them yourself.

The easiest crab to catch is the Asian shore crab. Simply hit a rocky area at low tide and start flipping stones. These small crabs can be plucked by hand and tossed into a small bucket.

Fiddler crabs can be a little trickier. They leave their burrows to feed, and a fisherman must be quick in order to snatch them before they reach the safety of their homes. If one does escape capture, a dinner knives/blades/knives.html" 15179 target="_blank">knife plunged into the mud behind the burrow’s opening may cut off the crab’s escape. Catching fiddlers can be messy work, but they are the best bait for togging on foot.

Inlets are an obvious source of tog activity because these waterways are full of structure and forage for inshore tog. When fishing inlets, rock-hopping fishermen must be properly equipped with a pair of studded-soled footwear to best navigate slippery, moss-laden rocks and jacks that line most inlets.

Around inlets, spinning tackle provides an advantage over conventional rods and reels because casting out, rather than dropping straight up and down, produces more fish. A longer spinning rod of 8 to 9 feet will allow you to swing hooked tog up and over the rocks before they can get rooted and break the line.

Cast out your Belmar rig past the boulders and jacks, then slowly drag the bait back until it gets picked up. Tog regularly venture away from structure in inlet areas, and often many of the keeper fish are hanging off structure.

There are plenty of overlooked land-based tog spots lining the Long Island shoreline. Pull up a map and do some research to find your own land-based blackfish hot spot. When you finally dial it in, hit it time and time again to load up on blackfish fillets without setting foot on a boat.

Loading...
Newer Post
This Montana backcountry brand is breaking into the ski scene with an all-new backpack
Older Post
[Giveaway] Win this winter kit from Auclair for yourself and your partner-in-pow!

How to Get a Permit to Backpack in the Grand Canyon

By Michael Lanza First-time backpackers in the Grand Canyon quickly absorb two lessons about this one-of-a-kind place: Its infinite vistas and [...]
Adventure

The man in the picture does not look like the bookish type. In a famous 1899 photo-a self-portrait in his trademark sepia-tone style-he sports [...]
conservation