Tired of being confused for a man and for the husband of her 20-something daughter she was traveling with throughout Cameroon, a 55-year-old Dervla Murphy began taking a frank and unusual tack—she unbuttoned her shirt the moment she sensed a gendered misunderstanding. It was a moment of such fearlessness, confidence, and total disdain for bullshit, that it tells you a lot of what you need to know about Murphy, one of the most celebrated, beloved, and voluminous travel writers of the 20th century.

Murphy died last month at the age of 90.

Throughout her career, Murphy wrote some 26 books about her travels. Incredible, because she didn’t begin traveling in earnest until she was in her early 30s. Mostly by bicycle, or, at least, at first, and that’s how she gained her following. Riding a 3-speed Armstrong Cadet she called “Roz,” packed efficiently with a light sleeping bag and clothes and a notebook. Her first big trip was to ride a casual several thousand miles from Dunkirk to India (technically she began in Ireland, where she lived, but the real bike traveling didn’t begin until she arrived in France). It was the fodder for her first and best-known book, Full Tilt, published in 1965, and named one of the ten best cycling books in history by The Guardian, and one of the twenty best travel books of the 20th century by The Times.

Murphy was born in Lismore, Ireland, in 1931, the daughter of the town librarian. At ten years old she was gifted a world atlas, a compass, and a bicycle. Immediately she decided she wanted to ride a bike clear to India. Years later she told of how she remembered that decision while riding up a steep hill near her Lismore home. “Half-way up I rather proudly looked at my legs, slowly pushing the pedals around, and the thought came, if I went on doing this for long enough I could get to India.”

“It is the beauty of freedom: freedom from an ugly, artificial, dehumanizing, discontented world in which man has lost his bearings.”

At 14 Murphy left school to care for her ailing mother, diagnosed with rheumatoid arthritis. As a young woman, Murphy was able to travel a bit, in England and in Spain, but she endeavored to stay close to home while her mother was sick. Her father died of complications from influenza in 1961 and her mother passed away the following year. With her reasons for remaining home now gone, Murphy, who had no siblings, was free to act on the travel pangs she’d been forced to ignore for decades.

She wrote of her realization that her dream of world travel was finally in her grasp in Full Tilt: “To have the fulfillment of a 21-year-old ambition within one’s grasp can be quite disconcerting. This was a moment I had thought about so often that when I actually found myself living through it I felt as though some favorite scene from a novel had come, incredibly, to life.”

Murphy pedaled 3,000 miles from Ireland to Delhi on that first trip. It took her six months and living relatively frugally, Murphy spent only £64, roughly $1,300 today. Her trip began in a blizzard. Meltwater-swollen rivers once nearly carried away Roz. She shot and killed a wolf that attacked her in Bulgaria (Murphy packed a revolver on most of her early adventures). In Turkey she was woken in the middle of the night by an assailant looming over her, she fired a warning shot into the ceiling sending the masked man scrambling. She also sent a shot over the heads of Iraqi bandits armed with knives.

Murphy fell hard in love with Afghanistan and its people; though she didn’t speak the languages, she endeavored to befriend locals throughout the region from southeast Europe through to India.

“At times during these past weeks,” she wrote about Afghanistan in Full Tilt, “I felt so whole and so at peace that I was tempted seriously to consider settling in the Hindu Kush. Nothing is false there, for humans and animals and earth, intimately interdependent, partake together in the rhythmic cycle of nature. To lose one’s petty, sophisticated complexities in that world would be heaven — but impossible, because of the fundamental falsity involved in attempting to abandon our own unhappy heritage.”

Murphy suffered numerous broken ribs on her subsequent voyages around the world, on bike or on foot. She contracted a laboratory worth of dangerous diseases including hepatitis. She fractured her coccyx and her hip. All the while, she traveled as what most people today would think of as an ascetic. “It literally doesn’t matter to me whether I’m sleeping on the floor or on a mattress,” she once told an interviewer. “I simply don’t notice the difference. And that really is a big plus when you’re traveling.”

At home she lived that way too. Her house was an open-configured stone structure that was once a cattle market. It had no heating other than a wood stove, no television, no washing appliances. She did not own a car, she never learned to use a computer. Though over the years her name had garnered a certain amount of literary fame, Murphy avoided interviews, and kept mostly to herself even among townspeople. “Interviewing Dervla is like trying to open an oyster with a wet bus ticket,” Jock Murray, her first publisher, once said. Strange, considering that on the road, Murphy could speak with anyone, even strangers in a strange land speaking strange tongues.

“Half-way up I rather proudly looked at my legs, slowly pushing the pedals around, and the thought came, if I went on doing this for long enough I could get to India.”

Murphy was deeply suspicious of capitalism and consumption, with many of her later books turning toward the political in her praise of the community-focused and contented living she encountered in economically poor countries all over the world. She warned of the disconnect growing modern Western societies and the natural world. “There is much more to such experiences than visual beauty; there is also another sort of beauty, necessary to mankind yet hard to put in words, she wrote in her book Eight Feet in the Andes. “It is the beauty of freedom: freedom from an ugly, artificial, dehumanizing, discontented world in which man has lost his bearings.”

The book was so named because Murphy brought her nine-year-old daughter Rachel along for a 1,300-mile trek through the Andes, and they relied on a pack horse. Hence, eight feet.

Her daughter was the product of an affair she had with a married Irish journalist. The two were romantically involved, but he remained married and the two kept the paternity a secret. The fiercely independent Murphy raised her daughter alone, by mutual agreement with Rachel’s father, and supported their family of two with her travel writing.

In her later years Murphy finally began accepting the praise and recognition for her work and, largely confined to home in her 70s and 80s after the injuries had piled up, she ran travel writing festivals from her home. She once hosted Michael Palin, the former Monthy Python member and prolific travel writer, and invited him to go skinny dipping in a nearby river (it’s unclear if he accepted)

“I regard this sort of life,” she wrote of her prime traveling years, “with just Roz and me and the sky and the earth as sheer bliss.” 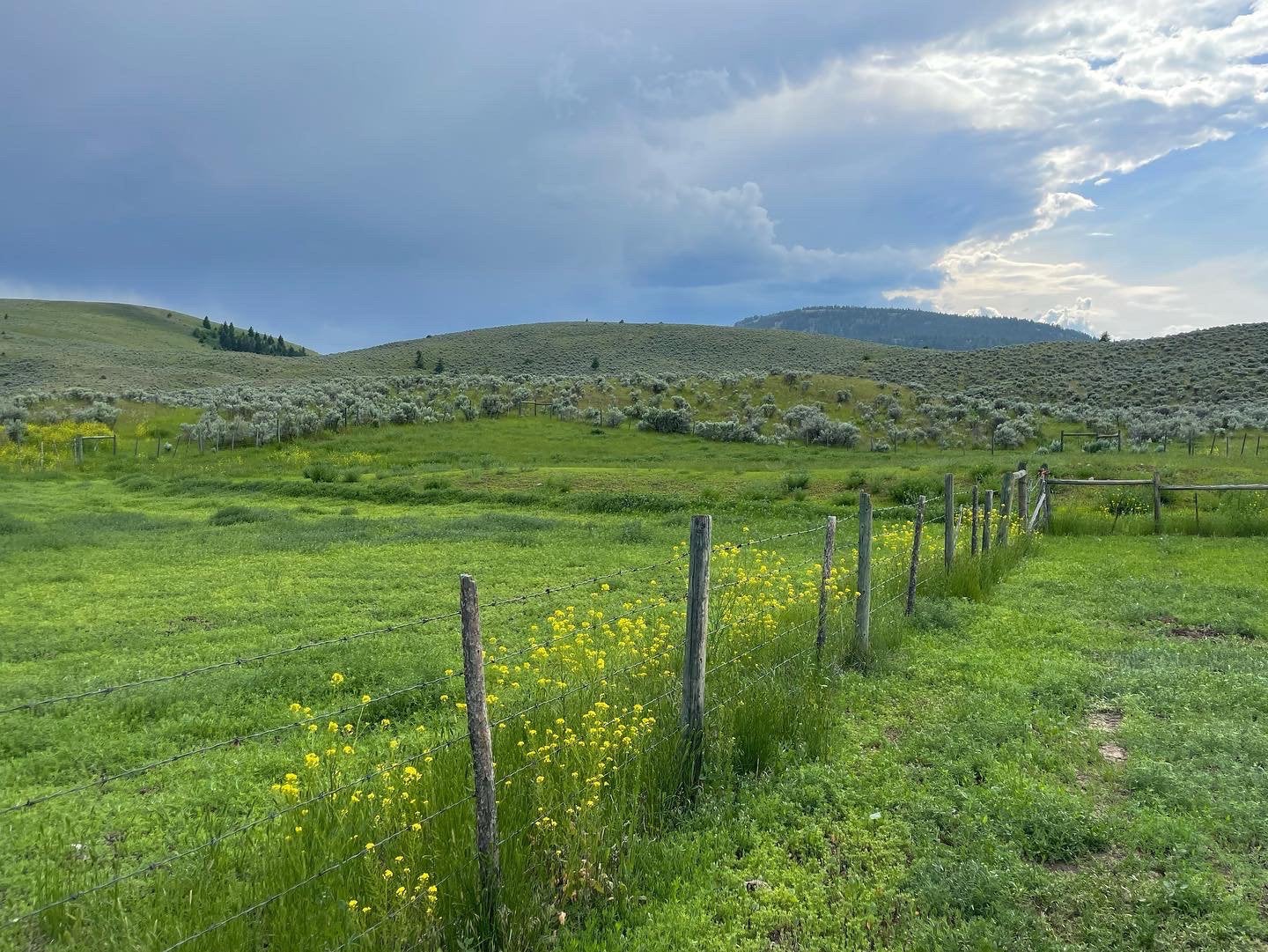 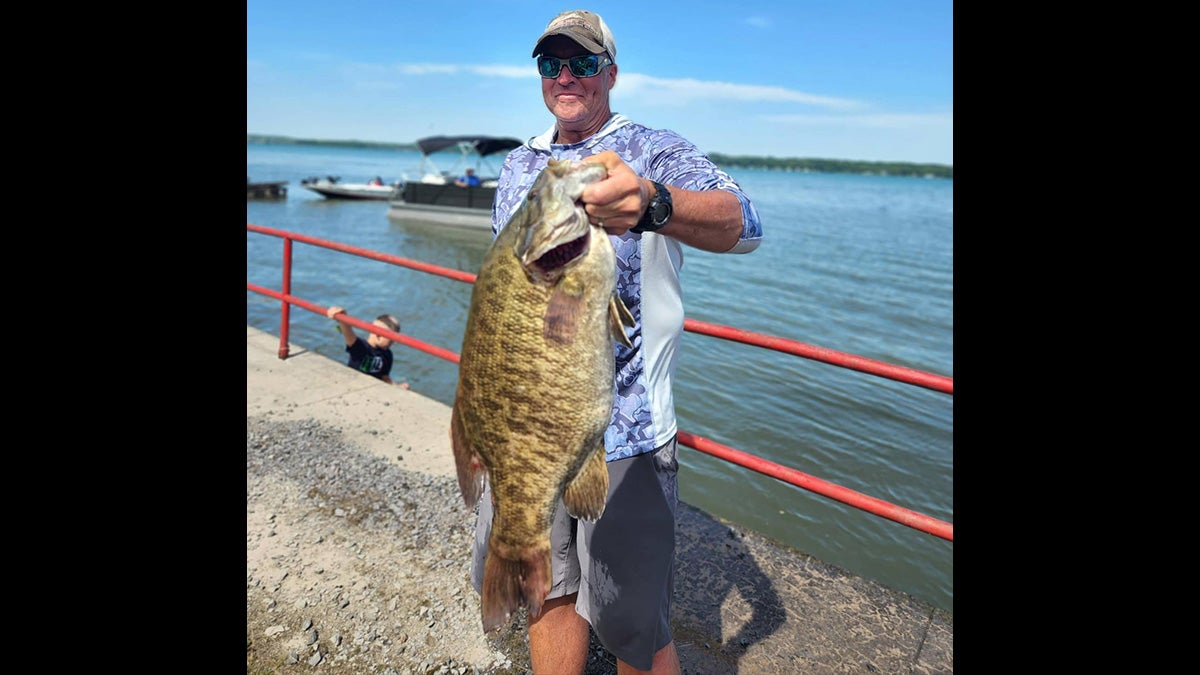 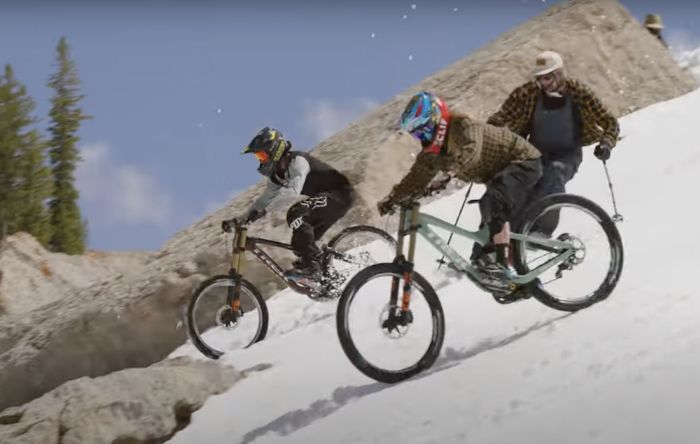 “Someday someone will ski that,” said Barry Corbet

Pennsylvania hunters can only hunt on three Sundays during the season

Did Your Turkey Season Suck? You’re Not Alone