Home » Adventure » ‘Downriver’ is a Paddling Adventure Tale With a Message

‘Downriver’ is a Paddling Adventure Tale With a Message

The Green River is an important tributary of the Colorado River, rolling through parts of Wyoming, Utah, and Colorado. The water it carries is sought after for irrigation, energy, municipal, and recreation uses; it’s also a gorgeous paddle.

In 2016, environmental journalist and former rafting guide Heather Hansman paddled from its headwaters in Wyoming clear down to Utah, to better understand the river itself, water use battles across the West, and to experience the joy of reuniting with long-distance paddling. The book she wrote about her experience, ‘Downriver: Into the Future of Water in the West,’ is a history of the water conservation, an exploration into how the Green is managed and mismanaged, and, of course, a page-turning adventure tale. Hansman talks to farmers, anglers, and paddlers, learning how the river can mean different things to different people, many of whom love it for entirely different reasons.

It’s a well-told story and a great read, weighty and thought-provoking while remaining light-hearted and soaked in fun. Hansman shared an excerpt with AJ, published below.

The river moves backward through time here, downcutting into progressively younger rock. Lodore’s canyon is deep and dark red at first. It’s vivid with the waxy green of box elder along the benches and lighter, wispier tamarisk lining the shore. Powell called the canyon a dark portal when he first saw it, from his camp the evening before he and his men paddled through.

Flaming Gorge is still releasing full flows to keep the reservoir from overtopping the dam, so the water is high, and we move quickly into the canyon despite the fierce headwind. The first major rapid, Winnie’s, is flushed out and riffly from the push of water, barely even there. Rivers change when the flow varies, which can be challenging for the guides, especially in sections like these that they might see only a few times a year. When we stop to scout Disaster Falls, my guide for the day, Bob Brennan, tells me he’s never been down the river at this level before. From the upstream eddy where we pull our boats over, I can see a mushroom wave cascading over a frothing pourover and hear the river thrumming through the canyon below. We hike a skinny, foot-beaten trail downstream to get a better look. Once we’re beside it, the rapid is gnashing and violent, with a froth of diagonal waves pushing toward compressive holes, spitting spray. The guides are on edge. Kerry Jones and Bob point and murmur to each other, tracing the tongues of waves with their fingers, predicting where the water will push their boats. Jamie Moulton, who is a Grand Canyon guide most of the year, is biting her nails, staring hard.

I’m not naturally patient, but I can watch water move for a long time. Fluid dynamics are the same in any river—rocks make eddies, holes, and waves, depending on flow and constriction—but every river, at every different water level, pulses and reacts in different ways. Standing on the shore at Disaster, watching the river pillow up and crash through wave trains, I can feel a familiar tightening in my chest.

I know athletes—skiers and runners, mainly—who visualize their events, picturing themselves making every turn, to prepare themselves. Scouting whitewater is that same kind of meditation and projection, but it’s more visceral, because you can see the muscle of the river, and all the ways it can mess you up. From the bank it’s just as easy to visualize what can go wrong as what can go right.

River running done right is all grace and ease, a few clean oar strokes here or there, minimal time spent fighting the current. But in big water there are a million ways to miss your mark and find yourself pulling against the waves, fighting hard. We’d passed an Outward Bound group of scraggly teenagers and tough-looking guides walking back upstream while we were walking down to scout, and they start to run through the rapid while we’re standing on the banks. Their trip leader rides the tongue of the current to the edge of a hole and then pulls back away from it gracefully and powerfully, skirting the edge without any wasted motion.

Powell lost a boat at Disaster Falls, and so did fur trapper William Ashley, who came through the canyon in 1825, looking for beaver. Much of the history of recreational river running cascaded out from their explorations on this stretch. In the 1930s, before the dam went in and before inflatable boats like the rafts we’re in now were invented, the early wild men of paddling took wooden boats through the rapids of the Green—first to prove they could run it, then to explore it, then to make money by bringing clients into the canyons. In the early 1950s, Vernal-born carpenter Bus Hatch, who was known for his drinking habits and disregard for his own physical safety, started running the Green through the Gates of Lodore in wooden boats with names like What’s Next and Who Cares. He modeled them on Galloway-style boats, the first designed to be rowed backward, which were named after their designer, Nathaniel Galloway. Bus learned about Galloway boats after he helped Nathaniel’s son Parley jump bail in the Uinta County Jail. But Bus was more of an opportunist than a criminal, and after gaining some recognition for taking friends boating, he realized that strangers would pay him to bring them down the river.

Recreational river running grew in parallel with both the explosion of dam building across the West and a mounting interest in environmental protection. The industry changed after World War II, when boaters realized they could recycle military pontoon boats. The new rubber rafts were cheaper and more resilient than the wooden Galloway-style boats and could hold more people and gear. In 1953, Bus Hatch was given the first National Park Service river concession permit in the country and allowed to run commercial trips through Dinosaur National Monument. By the mid-1950s he was taking hundreds of people through the canyons of the Green and exploring rivers in Idaho and Arizona. Other companies sprang up in Vernal after that, and Bus’s son Don eventually took over the Hatch operations in Utah. The river still feels wild and lonely now, but there are guidebooks, tourists’ GoPro videos on YouTube, and a sense that we’re retracing other people’s steps. I envy the way those early paddlers explored these canyons. The history, and the myths about people like Bus, make me nostalgic for a time I wasn’t part of. I feel like I missed out on the best, most untamed days of river running.

I’m jealous in part because I know how wild I felt when I first started boating. In May, my first summer on the river, my mother dropped me in a rafting company’s parking lot with a PFD, backpack, and tent, and told me to call at the end of the season. I didn’t have a car or a cell phone. I was eighteen and had been in a raft once. I spent the next week in training, running the icy twelve-mile stretch of rapids below the Kennebec River’s Harris Station Dam as many times as I could, learning how to flip boats, how to find downstream vees, and how to draw and pry rafts into line. I slept with my soggy base layers in my sleeping bag, hoping they would dry out overnight. In the morning, the other guide trainees and I would run our frozen wet suits under a hose to make them pliable enough to pull on. I learned that rapids smell like the rock they run through: cool granite or minerally sandstone. I loved the calculated risk of it, the subtleties of slipping through the bubble line at a top of an eddy, and the gut drop of tipping over the top of a wave train. I became obsessed with pushing myself in bigger, more complicated rapids because it made me feel like I had power. Once, on my day off, I jumped into the river at the dam with a boogie board to see what the river would do to my body, instead of a boat.

When I moved to Colorado after college, in my tamped-down, modern version of manifest destiny, I spent summers pushing boats on both sides of the Continental Divide. I worked on the Eagle and the upper Colorado, which ferry water toward the Pacific, and the Arkansas, which flows east out of the Rockies toward the plains. I’d started rafting because I had an antsy, unfettered desire to be outside, but I got sucked in because of the charge and the community—the slow rolling way that being on the river binds you to people. After I fell in love with paddling I started to learn about the multi-threaded controversies of water use and all the non-obvious ways that rivers are important. Guiding tourists was my line in. For me, the world of commercial river running, even though it sometimes feels contrived, is an important part of river access.

Here on Lodore, that sense of value feels clear as we slip into the day-to-day routine. Coffee and breakfast, reloading the boats, the first flash of water to the face. Lunch, and an eventual ache from paddling, then beers and books on the beach at night. Everyone starts to open up because they have time and space. Teenager Thomas Griffith sits next to me by the fire and tells me he might want to be a writer someday. Sometimes we just sit around sun-dazed, not talking, sipping Tecates and eating cheese.

Prev
Podcast: Getting Kids into Fly Fishing, with Marsha Benovengo 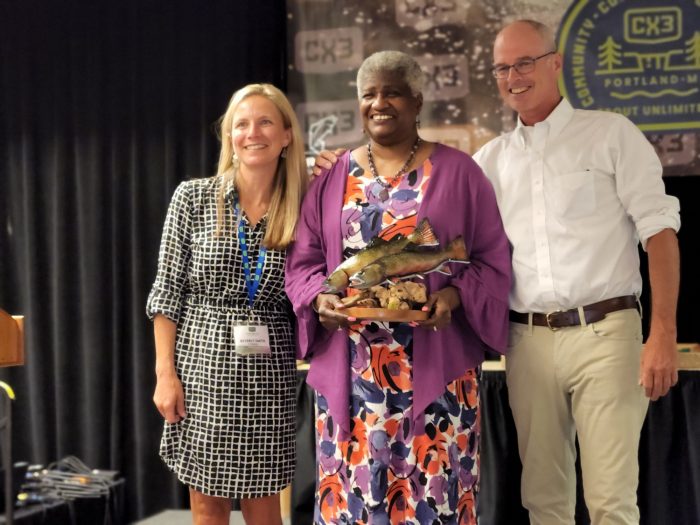 Podcast: Getting Kids into Fly Fishing, with Marsha Benovengo

Next
If There’s a More Moving Trailrunning Film Than This, We Haven’t Seen It

If There’s a More Moving Trailrunning Film Than This, We Haven’t Seen It

Chilling and uplifting at the same time

Home » Adventure » ‘Downriver’ is a Paddling Adventure Tale With a Message 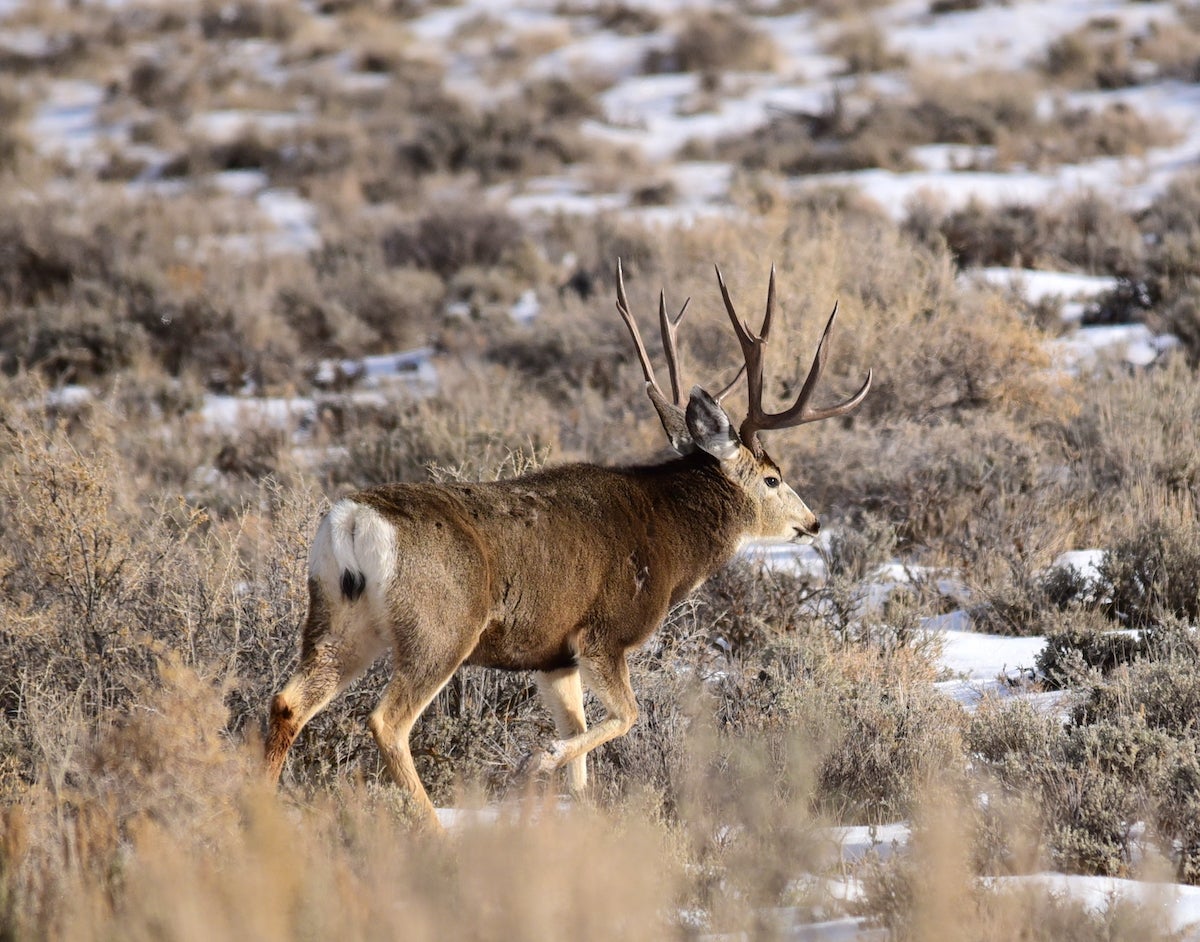 Drought Causes a Decrease in Hunting Tags in the West

This week, the Oregon Department of Fish and Game voted to enact emergency 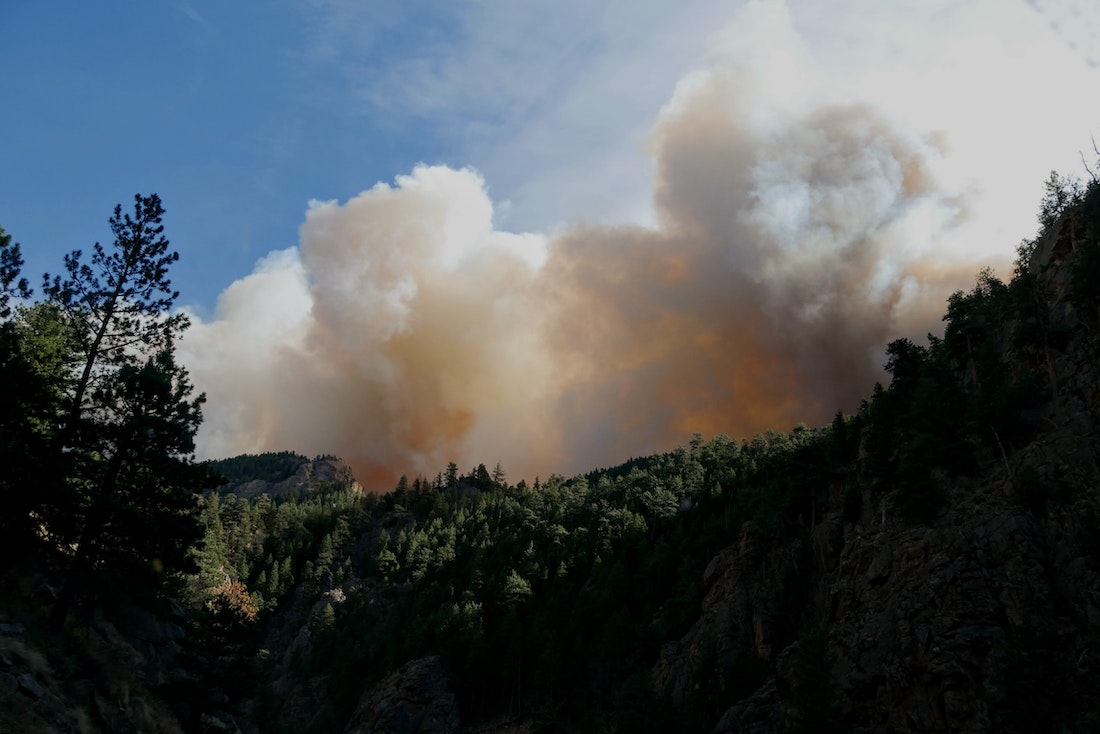 A New Predator Stalks the West 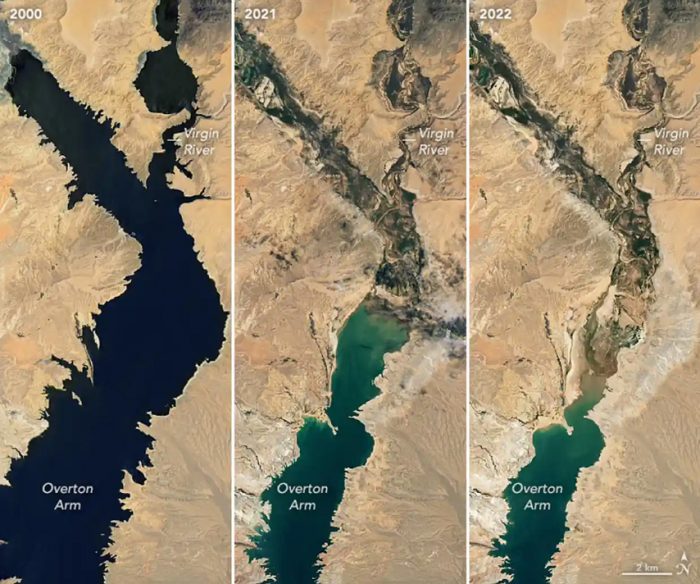