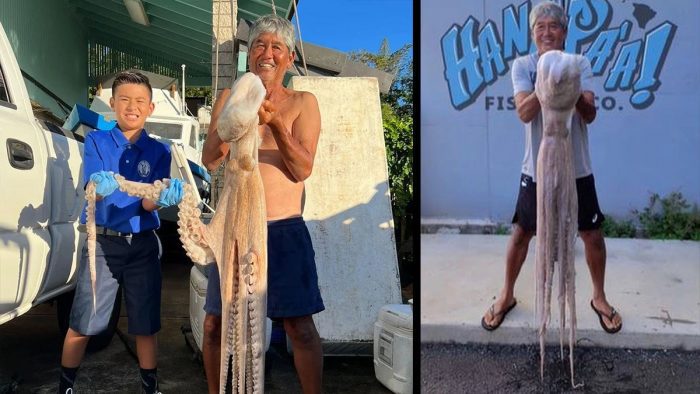 An angler recently broke his brother’s 22-year-old state record in Hawaii. On August 30, Michael Matsunaga caught a 25.95-pound octopus near

An angler recently broke his brother’s 22-year-old state record in Hawaii. On August 30, Michael Matsunaga caught a 25.95-pound octopus near Turtle Bay using fish and squid as bait. He was fishing at a depth of 400 feet deep—and once he reeled his quarry up and got it aboard his boat, he still needed to wrangle it.

According to National Geographic, there are about 300 types of octopus worldwide. Some species can weigh up to 600 pounds. Octopuses typically hide well by matching the colors and textures around them. They can squirt ink to cloud the vision of an approaching predator. Octopuses are classified as cephalopods, which puts them in the same family as squid.

In Hawaii, octopus are often called tako, which is the Japanese word for the animal. They are often served raw in poke dishes, but Matsunaga plans to cook his catch one leg at a time boiled in beer. The octopus marks his second state record; He currently holds the state’s red snapper record—an 11-pound, 6-ouncer he caught in 2005. His octopus soundly topped the previous record—a 19-pounder caught in October of 2000 by Matsunaga’s brother Stewart.

Back in Adventure Journal 07 we recommended the book Honouring High Places: The Mountain Life of Junko Tabei. It’s a collection of stories writte [...] 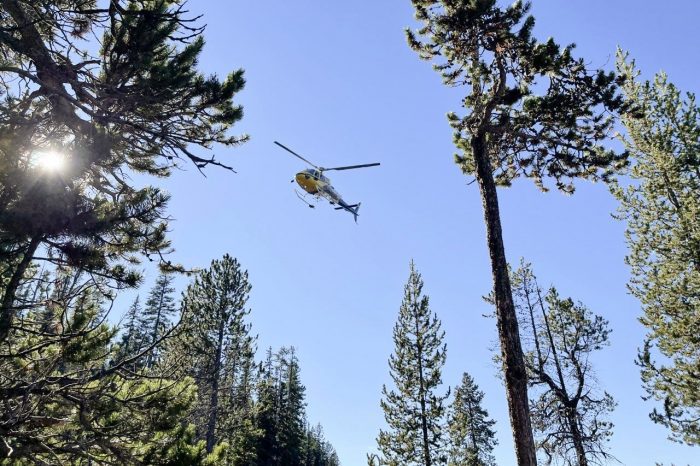 Imagine you’re a hunter who is hopelessly lost in the backcountry. After hours of stumbling through dense underbrush and a sleepless night i [...]
Fishing

Many of us will be happy to forget 2021, but it was a year to remember for Nebraska fishermen. Throughout the course of last year’s fishin [...]
Copyright 2022 Everest.com. All rights reserved