When the winds are howling and the conditions are bulletproof, Sophia Schwartz is the kind of skier who will grin and say, “Isn’t this a great day?”

You may recognize the energetic Jackson skier from the double backflip she tossed in her film from last season, JACK OF ALL TRADES, but those massive tricks are just a small taste of what Schwartz has dedicated herself to in her first four seasons skiing in the backcountry. In spring 2021, she completed a self-supported expedition to climb and ski Denali along with three teammates and, last year, she embarked upon a 13-day traverse of Wyoming’s Wind River Range, dragging a 75 pound sled through the wilderness.

High-altitude ski mountaineering objectives, massive backflips and a background on the U.S. Freestyle Ski Team—it’s rare to meet an athlete who has devoted herself to so many intricacies of the sport. But what’s the common thread that ties it all together and keeps her pushing herself in new directions? An innate desire to learn and grow that’s led her to seek out new challenges in all aspects of skiing. In circumstances that might deter other athletes, Schwartz leans in…with a big smile on her face.

Schwartz grew up on skis. Born in Telluride, she spent time in Sun Valley as a kid, attended boarding school in New Hampshire and then Steamboat. She caught the competition-bug early and spent most of her youth competing in slopestyle, halfpipe, aerials and moguls, where she honed her skills in the air. “I immediately fell in love with freestyle,” Schwartz remembers after tagging along with her sister’s mogul team at six-years-old. “I was completely obsessed.” By the time she was 16, each one of those disciplines seemed to click at once; she placed 2nd in halfpipe at nationals, made the U.S. Development team for moguls and aerials and competed in the U.S. Open for slopestyle. A few stubborn knee injuries eventually led her to focus completely on moguls, and a few years later she joined the U.S. Freestyle Ski Team. After narrowly missing her chance to compete in the 2014 Sochi Olympics, she stayed on the team for a few years, but watched her progress plateau. “I didn’t click with the team and my skiing kind of came to a halt. I wasn’t progressing,” she says. Schwartz returned to Steamboat to ski with her club team, before a back injury pushed her to take a longer break from competition.

Now focused on big-mountain skiing, Schwartz chooses lines like Jackson Hole’s Gothic couloir (pictured above) and rides them like she’s been doing it her entire life. PHOTO: Iain Kuo

Ready to grow in another capacity and explore the world outside the moguls course, in 2017 she pivoted her goals to big-mountain skiing and moved to Jackson Hole. Having only skied in the backcountry once before, in a way, Schwartz felt like she was starting over. She was drawn to the connection with nature that backcountry skiing offered, and the ambiguity of what defined success pushed her to get more creative in her goals as a skier.

“What I love about touring and ski mountaineering is this balance of the uphill connection with nature and spending time with your partners, but then you get to click in and do something intense (in the right conditions),” she explains. “In moguls it’s always the right conditions because the course is artificial. You can always show up and ski at your limit. In big-mountain skiing the consequences are higher and the conditions are variable. You don’t always get it, so it’s a huge gift when you get to go out and ski at your limit.”

Mitigating risk in the backcountry is, and was, one of the biggest challenges for Schwartz. “The whole snow science thing was terrifying at first,” she remembers. “I’m so used to instantaneous feedback as a way of learning, and that’s just not how it goes in backcountry skiing. Having to put your trust in others to learn snow safety, give up control and take the time to find people I trusted in the mountains took a long time.”

LEFT: Scwhwartz, atop a ridgeline in Alaska. PHOTO: Iain Kuo

In 2020-21, just two seasons into her big-mountain career, Schwartz set a goal for herself that reflected all the ways she was hoping to progress as a skier in the Tetons; landing a double backflip, skiing the Jackson Hole Trifecta—a series of high-consequence lines in the Jackson Hole side-country—and skiing the Grand Teton. That same year, she started training to ski Denali, then pivoted to a 13-day traverse of the Wind River Range when the pandemic shut down the climbing season in Alaska.

It’s safe to say she jumped straight into the deep end, but behind the curtain of double backflips and steep ski descents is a methodical approach, one that Schwartz has been using for decades. In eighth grade, Schwartz remembers her coach talking about how “it’s too big of a bite to just want to make the U.S. Ski Team. You have to take something intangible and make it tangible.”

Spending time trekking through the backcountry, seen here in Wyoming’s Wind River range, Schwartz finds herself on a different path than one to the Olympics. PHOTO: Iain Kuo

When she thinks about a big goal—like having to carry 100-plus pounds of gear on an ascent of Denali—she asks herself: “What can I break down to move forward?” In the two years leading up to her trip to Alaska, Schwartz broke it down into all the skills she was going to need to be successful, from fitness to rope skills and crevasse training. “Putting that all on a calendar and thinking about how long each skill was going to take to develop helped me make a plan. I can’t change my aerobic threshold in a week, but I can in six months.”

Schwartz will be quick to tell you that skiing didn’t come easily to her; it was her love of learning and challenging herself that pushed her to put in years and years of practice to get her to where she is today, along with impactful mentors. When preparing to ski Denali, Schwartz looked up Kit DesLauriers (the first woman to ski the Seven Summits) to ask her for advice. The two ended up skiing together and quickly became good friends. “There have been times in my life where my eagerness and intensity has been seen as a negative, and it can make me feel like a try-hard,” she says. “I like training and planning things out and being prepared. Kit and I bonded over that and she’s really helped me be confident in that part of myself.”

Schwartz credits another mentor Laura Gaylord—now her Fischer teammate—for helping her stay committed to a safety-first mindset in the backcountry, something she feels isn’t celebrated enough in the ski community. “Laura became an amazing mentor to me as I was getting into the backcountry. In those grey zones where most people shrug and say ‘We could probably ski it,’ Laura always has that calm perspective and strength to be patient. That taught me a lot.”

A former mogul and aerial competitor, Schwartz is no stranger to airtime. PHOTO: samuel taggart

Last year, when a persistent weak layer lingered in the Teton snowpack for most of January and February, Schwartz says she relied heavily on Gaylord to help her keep perspective straight on risk. “I often don’t feel like myself unless I’m progressing but, in the backcountry, it’s about more than just your physical capabilities; your success and safety depends on the snowpack and what’s available. Laura cares immensely and wants to grow and push herself, but she’s strong and mature enough to step outside of that to keep a level head.”

As Schwartz has grown as an athlete, it’s become about more than throwing tricks and skiing dream lines. She’s quick to acknowledge the privilege she had in her opportunities both as a kid and when she moved to Jackson, and what gets her fired up is sharing what she’s learned with others. “In the last few years, I think I’ve switched from individual success to community success and working on how I can be a part of that,” she says. “With that I’ve been asking what does collective success mean for our community? What are boundaries we can break? There might only be one top spot on the podium but what does it look like to elevate an entire field?”

From mentoring a group of girls each winter through Coombs Outdoors to taking a skiers into the backcountry, supporting others as they grow has become a focal point for Schwartz’s goals. “If I can help someone ski something they’ve never skied before, that’s way more exciting than me getting to ski something. What gets me out of bed is the opportunity to learn, have fun, grow as a skier and a person and build human connection along the way.” Prev
Video Pro Tips: The Basics of Mending to Achieve a Drag-Free Drift 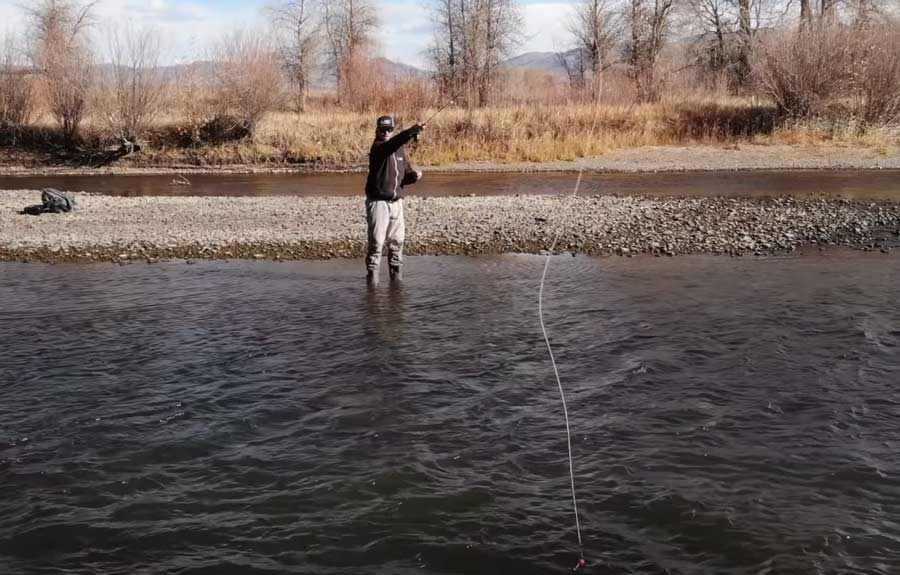 Video Pro Tips: The Basics of Mending to Achieve a Drag-Free Drift

In this week’s how-to video from Ben Sittig, a

“I got the Spook,” she said, followed with another long laugh 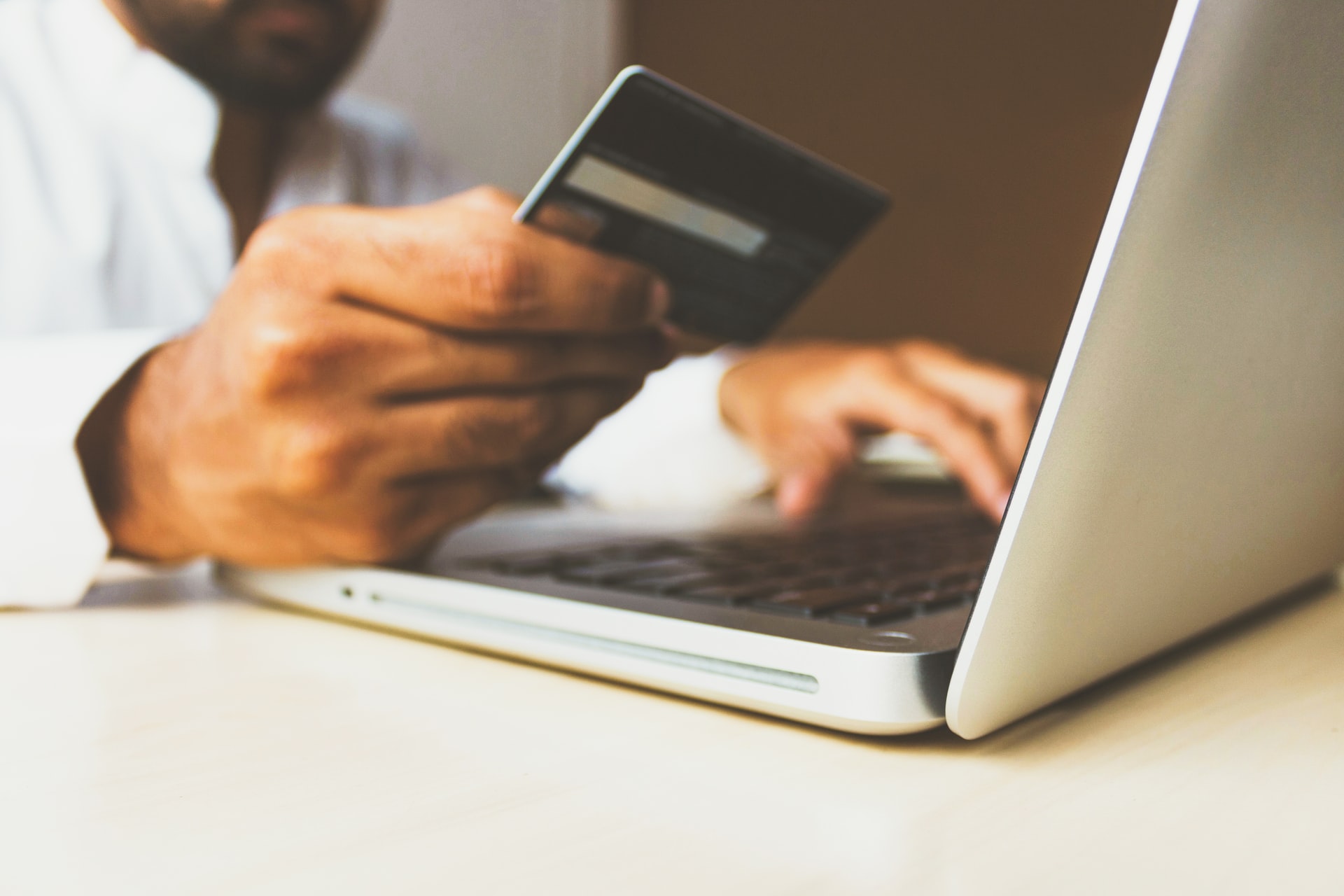 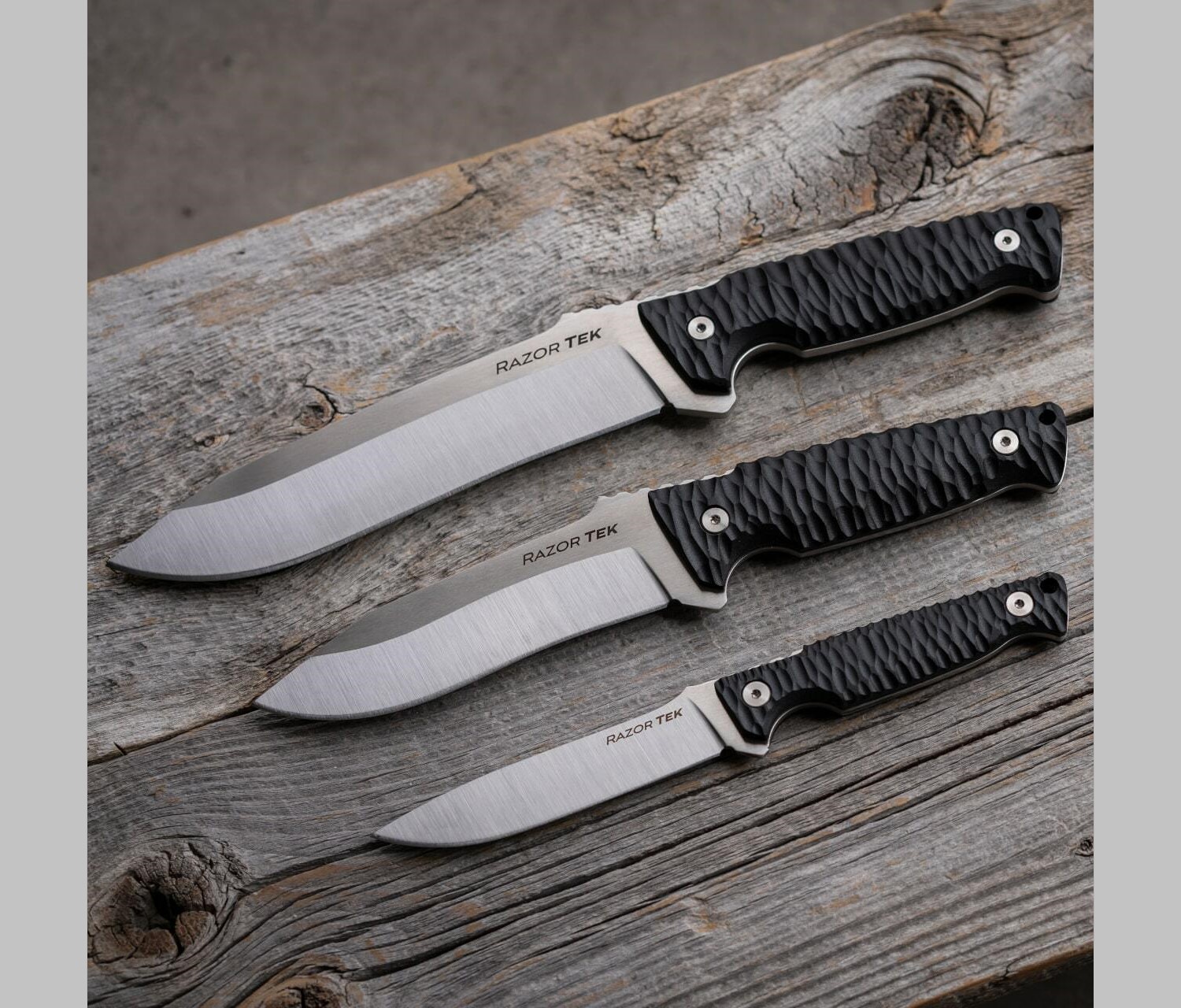 Cold Steel just brought out one of their first big releases for 2022, a family 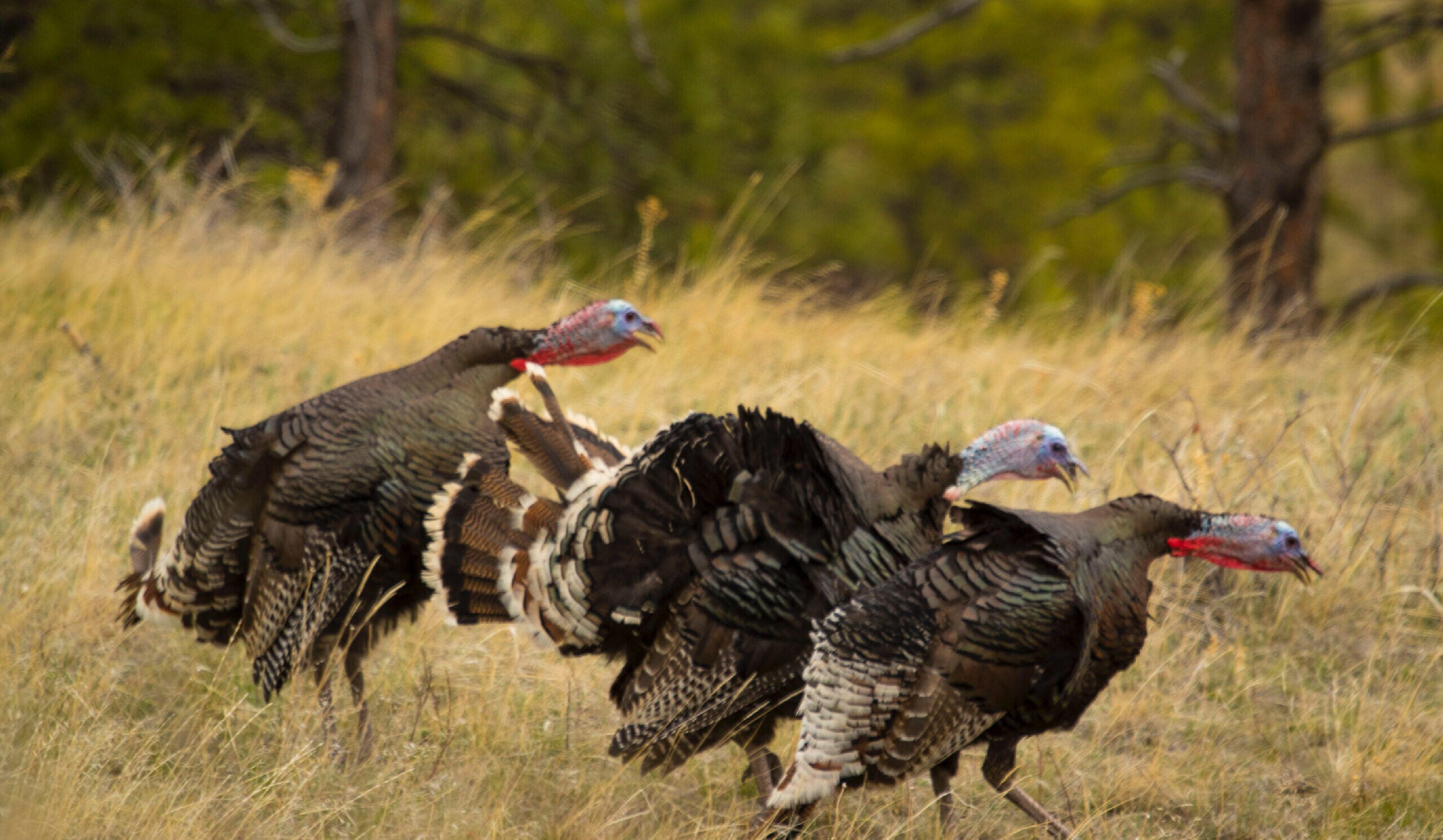 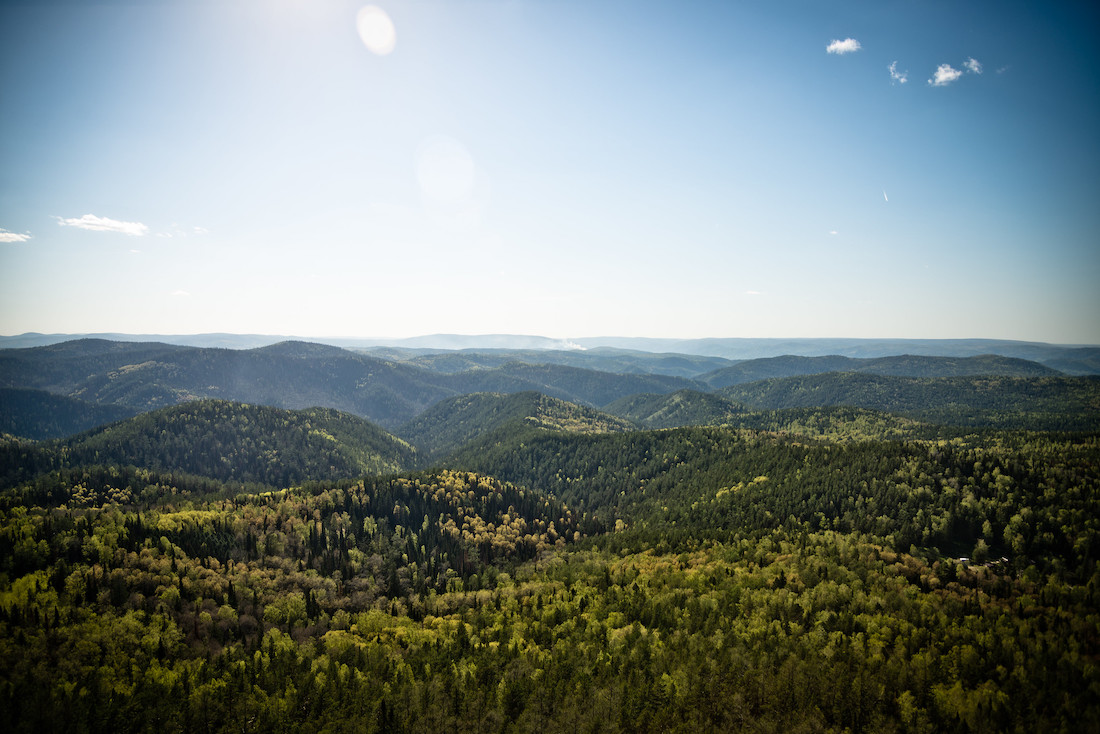