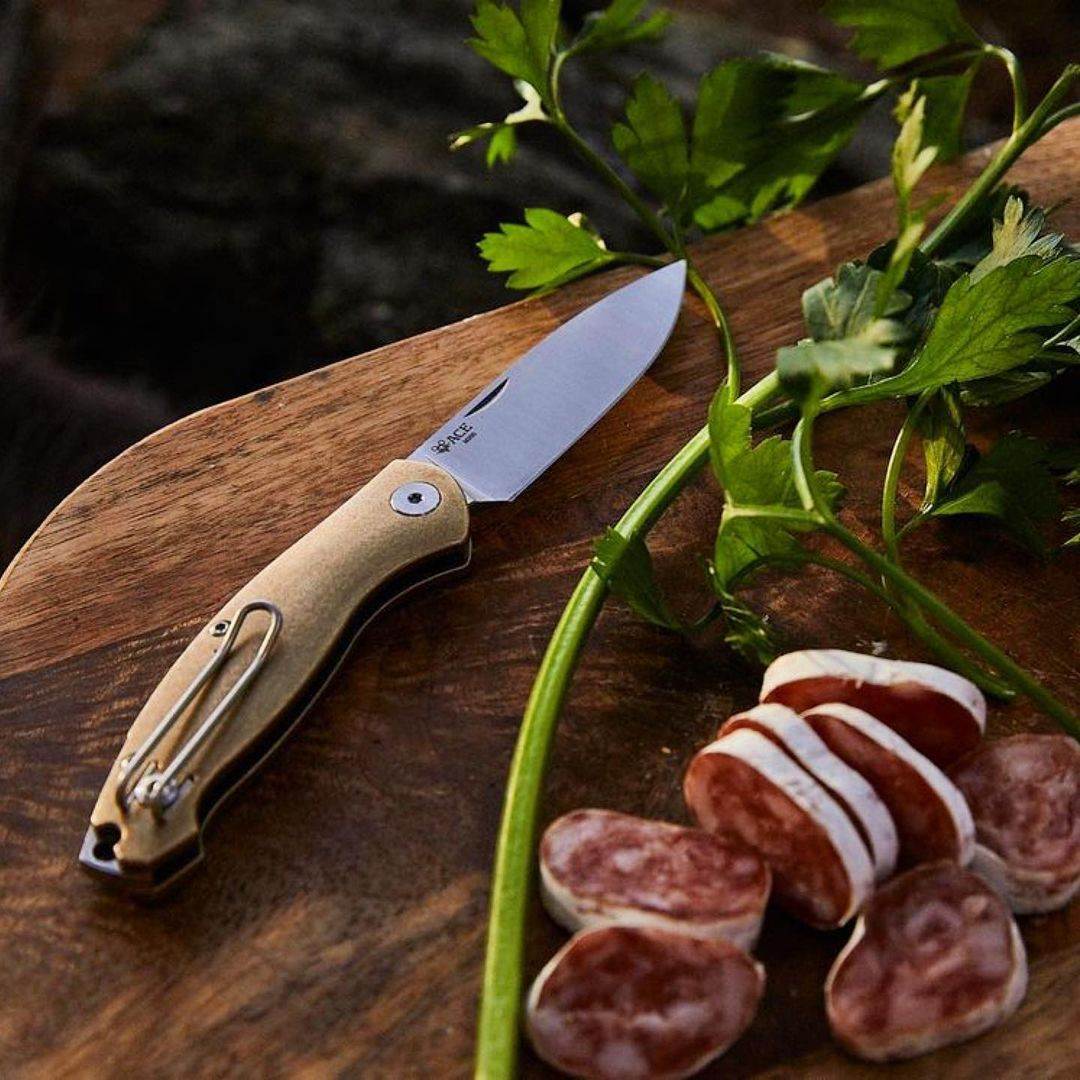 The latest ACE release from GiantMouse is here, and it’s the The latest ACE release from GiantMouse is here, and it’s the first slipjoint in the company’s lineup, called the Farley. Although it’s non-locking in nature, the Farley comes with the same utilitarian bent and sleek look that are the young company’s hallmarks.

Like all GiantMouse blades, the Farley is designed by Denmark’s dynamic duo, Jesper Voxnaes and Jens Ansø. Both of these makers have a distinct style in their solo custom work, but it’s safe to say at this point, after six years working together on GiantMouse products, they’ve developed a separate, unique aesthetic for these collaboration designs. It’s a style marked by clean, almost subdued linework, and heightened by well-chosen embellishments and rustic, tasteful materials for both blade and handle.

All of these elements are in play on the Farley. The 2.75-inch blade is a hearty drop point, fully flat ground, ready for the multifarious challenges of everyday carry. These knives are produced by Bestech, so the choice of M390 for the blade steel comes as no surprise – but it’s a perfect fit for an EDC knives/blades/knives.html" 15179 target="_blank">knife, balancing toughness, edge retnetion, and corrosion resistance in such a way that only those with very specialized needs will be disappointed in its performance.

The headlining feature here might be the locking mechanism – or rather, the lack thereof. GiantMouse has done frame locks, liner locks, and fixed blades, but this is their first slipjoint. For this inaugural slippie, Voxnaes and Ansø gave the Farley a classical nail mark for opening – and there’s one on both sides, which allows the Farley to be the first 100% ambidextrous folder in GiantMouse’s lineup as well.

Like the blade, the Farley’s handle is fundamentally solid and handsomely appointed, with contoured scales made from either brass or canvas Micarta. As alluded to above, the wire pocket clip is reversible; the GiantMouse family heritage comes through loud in clear with that clip, as well as the knurled backspacer with its integrated lanyard hole.

The Farley will be dropping this Friday, February 18th at 12pm EST/9am Pacific. The Micarta model goes for $145; the brass model $165. 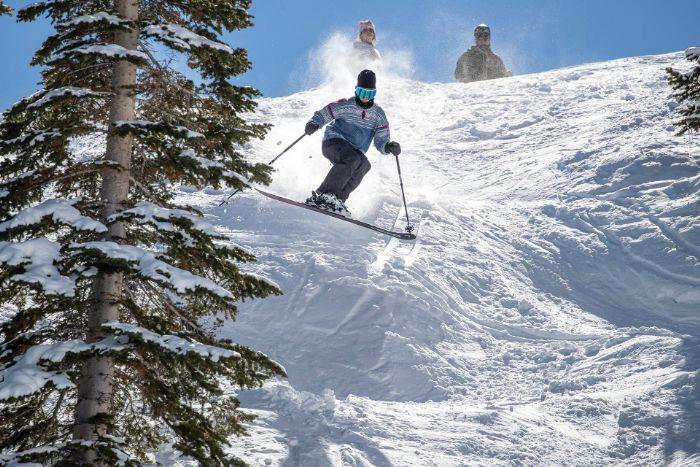 Featured Image: Matt Power After a friend and fellow ski tester first clicked into a set of Kore 99s and ripped a lap down the [...] 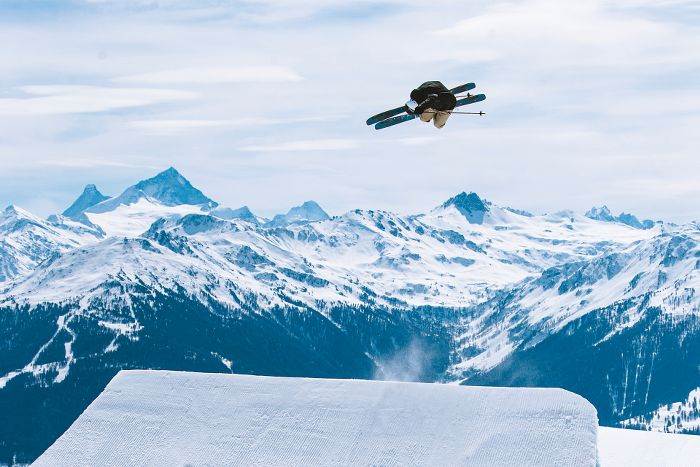 A spearfisherman near Caye Caulker, Belize survived a harrowing crocodile attack on April 8, 2022. Joshua Young, who works as a bartender an [...]
Copyright 2022 Everest.com. All rights reserved