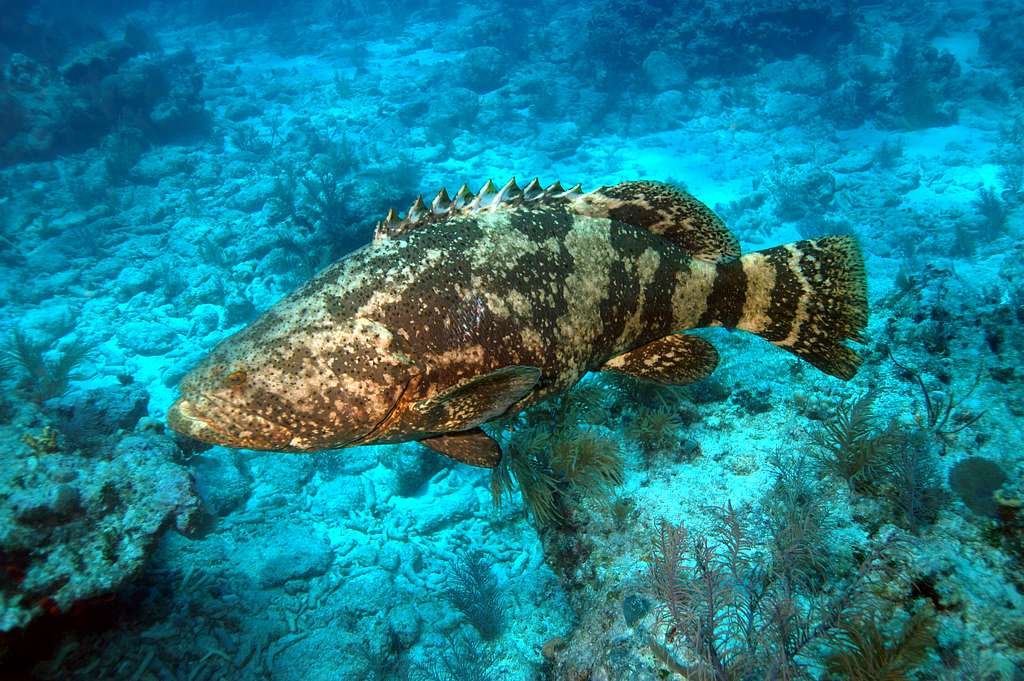 The Florida Fish and Wildlife Conservation Commission has approved limited harvesting of goliath grouper for the first time since 1990. The goliat The Florida Fish and Wildlife Conservation Commission has approved limited harvesting of goliath grouper for the first time since 1990. The goliath grouper (Epinephelus itajara) is the largest species of grouper in the Atlantic Ocean. Goliaths are capable of growing up to 800lbs and to lengths of 8.2ft. They are large and imposing fish that show little fear of people.

Their bold attitude and willingness to defend their territories became their weakness. The goliaths don’t shy away from heavy leaders and large hooks and divers could swim right up to the goliaths and spear them. Those decades of overharvesting, destruction of mangroves nurseries, and their slow growth rate caused an 80% population decline by the time of the closure.

Through the conservation efforts of state and federal agencies in improving the health of the goliath grouper populations over the past 32 years, FWC has determined a limited recreational harvest of goliath grouper can take place starting Spring 2023. FWC will issue 200 harvest permit tags via a random-draw lottery system. The announced regulations of the harvest as of now are

After the initial 2023 Spring harvest concludes, FWC plans to use the data collected for future management decisions of goliath grouper.

Sabine National ForestI wanted to write a trip report of me and my friends' recent experience from our second attempt at the ETX450 and our first time [...]
Fishing

GREENVILLE, S.C. — Parker Stalvey and Jacob Deel of Clay High School in Florida capitalized on an early discovery to sack up a five-bass limit of 16 [...]
Fishing

Cowboy boots (or western boots) are among America’s first work boots. The basic design, probably based on Spanish vaquero boots, has been [...]
Copyright 2022 Everest.com. All rights reserved