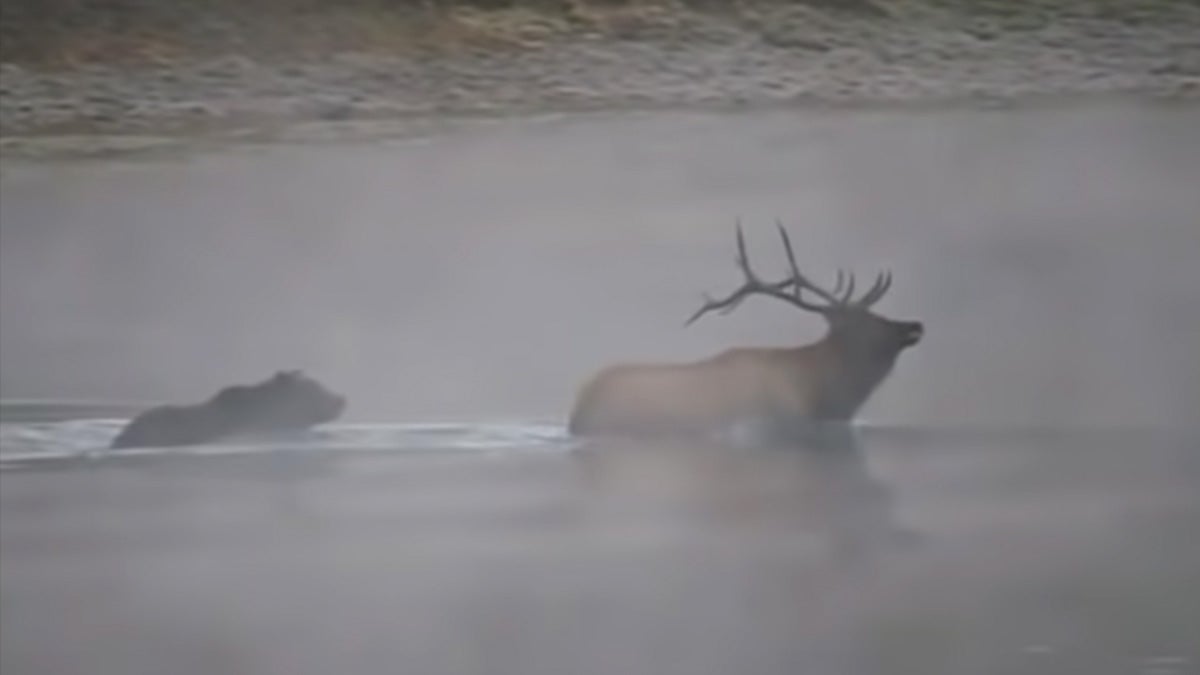 When a video of a boar grizzly bringing down a mature bull elk in the middle of the Yellowstone River emerged on Youtube in September of 2020, it sent shockwaves across the internet. Today, we’re taking a look back at the epic hunt—and we talked to one of the country’s foremost grizzly experts to get insight into the brutal but amazing scene.

The stunning footage of this rare spectacle was captured by B.E. Judson. She was set up behind her camera equipment in Yellowstone National Park’s Hayden Valley on the morning of September 18, 2020, observing a herd of elk in a meadow, when she suddenly noticed a mature bull bolting toward the banks of the Yellowstone River.

In the ensuing moments, a galloping grizzly kicked up a cloud of dust as it tore through a gap in the sagebrush and plunged into the river after the elk. Sensing the bear from behind, the big bull—which appears hobbled by a broken leg—squares up and makes one desperate attempt to ward off its relentless attacker. But the griz overcomes him in short order.

With a combination of agility and raw power characteristic of the species, the big grizzly ducks beneath the bull’s flailing antlers and imbeds its claws into the elk’s back. Quickly gaining purchase near the shoulder blades, the grizzly kills the elk with multiple bites to its spine.

The Killing Style is Characteristic of Grizzly

“We look for [bites to the spine] when we’re trying to figure out what killed a wild animal,” says Dan Thompson, Large Carnivore Supervisor with the Wyoming Game & Fish Department. “Everything has kind of a diagnostic tell, and grizzly bears have that bite to the spine. It’s their main way to kill or dispatch an animal.”

Thompson oversees carnivore research and monitoring throughout the Cowboy State. As a member of the USGS Interagency Grizzly Bear Study Team, he has make a significant contributions to the goal of ultimately removing Wyoming’s thriving grizzly population from the federal endangered species list.

He described the predation event captured in Judson’s video as “extremely rare” but well within the capabilities of one of North America’s most formidable predators. “Once grizzly bears decide to do something, they’ll do it,” he says. “It’s impressive to witness that raw power. That’s a 700- to 800-pound elk, and the bear is doing whatever he wants with it.”

Thompson adds that grizzly bears will sometimes prey on cattle using similar spine-crippling tactics. “They have over 1,100 pounds of bite force in their jaws,” he says. “We’ll do necropsies on domestic cattle that have been killed in a similar fashion. It’s amazing once you skin the animal out to see the damage that can be done in that type of predation event. It’s like their spines went through a wood chipper.”

The Bear Then Pulled the Big Elk to Shore

After administering the crucial spine bites, the bear continues to wrestle and thrash the bull, whose attempts to survive become increasingly futile. The elk’s head starts to bob beneath the surface of the river. Within seconds, the drowned bull is completely inanimate, and the boar is clinging to its corpse like it’s a floating log. As the grizzly drags the hefty prize back to shore, the faint bugling of nearby rutting bulls be heard in the background of the video.

According to Thompson, the grizzly in this video was likely seizing on the bull’s vulnerability, given that it seemed to have a severe injury.  “That elk was at a disadvantage with that broken back leg, and whatever other issues it might have had,” he says. “I would think that a healthy elk could out-swim a bear in that scenario based on the distance between them.”

A follow-up video shot by Seth Royal Kroft shows the same massive boar with its kill, which it remained with for five days. The bear submerged the elk in the mud along the banks of the river. Thompson says this type of caching behavior is common amongst grizzlies and that the animal was probably guarding its kill while conserving energy for the feast ahead. “They’ll just cache it up, and they’ll lay right on top of it so other animals don’t get it,” he says.

Read Next: Gray Wolf Chomps Down On a Large Grizzly Bear

And it’s a good thing the bear did. Kroft’s video shows a lone grey wolf that tried to make a meal out of the bear’s kill. But the big grizzly was having none of it. It stood up and prompted the wolf to wisely wander away. 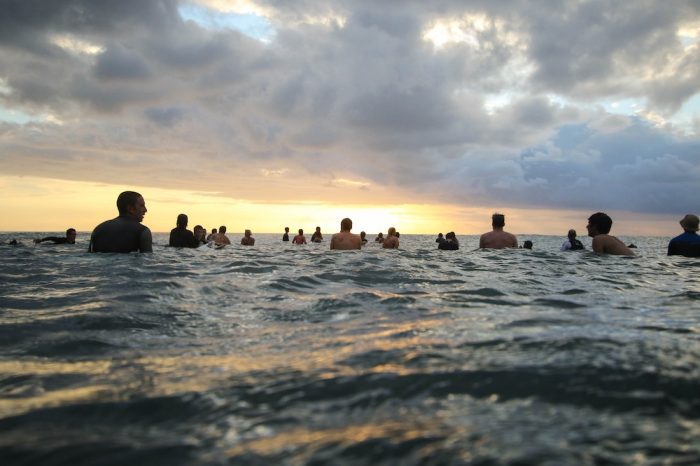 Leaving Your Politics at the Sand (Or the Crag, the Trailhead, etc.)

Where I live, in the People’s Republic of Marin County, California, something like 90 percent of the population votes Democratic. But a quick Int [...] 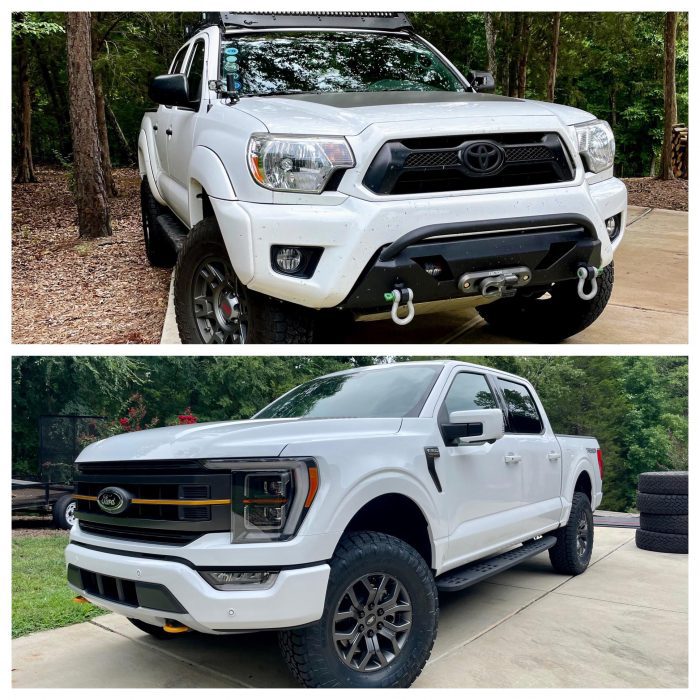 I’ll probably get flamed for this. Out with the old, in with the new.