At first glance, the world of ultralight shelters seems to be running out of innovations. It’s hard to im

At first glance, the world of ultralight shelters seems to be running out of innovations. It’s hard to imagine finding a lighter material than Dyneema. Nor does it seem possible to concoct a better design than the trekking pole-assisted tent, which saves gobs of weight by nixing traditional tent poles. In fact, there have been few true game-changers in the past decade: Many of the most popular ultralight tents today are old designs. But for the past several years, one new tent has been overtaking tried-and-true stalwarts like the Tarptent Rainbow and Zpacks Duplex.

This tent is not the lightest shelter out there. It’s not made of the most expensive, cutting-edge materials, either. In fact, it looks much the same as a dozen other minimal nylon tents that are set up with trekking poles. But since its introduction  in 2018, the Durston X-Mid has sold by the thousands, and is continuously sold out or on backorder. It’s especially popular among thru-hikers and other gear obsessives. What’s behind its sudden rise to prominence?

In a word, smart design. Ultralight gear is so often a world of tradeoffs, and the X-Mid minimizes many of the concessions that lightweight shelters usually require. Many trekking pole tents require eight stakes for a taut pitch; the X-Mid only needs four. It sets up fly-first in the event of nasty weather, a perk usually reserved for heavier freestanding tents. And hikers can stake and pitch its simple footprint in just a few minutes.

These small design perks are a big deal when you sleep in a tent every night for weeks on end, so it’s no wonder that the mind behind the X-Mid is a thru-hiker. Dan Durston, the founder of Durston Gear and designer of the X-Mid, hails from Golden, British Columbia. A biologist by trade, Durston is an avid hiker with completions of the Pacific Crest Trail and Great Divide Trail under his belt. He’s also the five-time “fastest finisher” of the Bob Marshall Wilderness Open, an adventure race in Montana. He’s an admitted gear geek, as well: on his blog, Into Cascadia, readers can find posts with titles like, “The Volumetric Efficiency of Trekking Pole Shelters.”

Durston says the X-Mid concept came to him while hiking through the Canadian Rockies on the Great Divide Trail. “I wasn’t really into rocking the headphones while I hiked,” he says. “I was just thinking all day, and I was thinking about shelters because they’re interesting. They’re complicated and it’s hard to navigate all the different tradeoffs.”

Durston says there are two basic types of trekking pole shelters: A single-pole pyramid tent and a dual-pole tent. On his thru-hikes, he realized both have design flaws. Pyramids tend to be simple to erect, but the trekking pole sits directly in the middle of your living space. The dual-pole tents, with the trekking poles next to side-entry doors, tend to be finicky to set up. They also require more stakes, and place the poles in the middle of the tent vestibule. For Durston, the drawbacks of both designs were impossible to ignore.

When the solution came to him, it seemed obvious. He started with an offset two-pole design, similar to a few other recent models like the Tarptent Stratospire and Sierra Designs High Route. This choice created a diagonal ridgeline and allowed for two full-size doors without the trekking poles getting in the way. But the big breakthrough was when he shifted the inner tent—the part where you actually sleep—on the diagonal as well. In doing so, he created a rectangular tent with no vertical walls (which makes shelters susceptible to high winds), two large vestibules, and only four required stakes. At 28 ounces and with 46.5 square feet of area under the rain fly, it also boasts an uber-efficient space-to-weight ratio.

The concept quickly caught on in the ultralight world. On Drop, the online retailer and community that first partnered with Durston, the X-Mid announcement spawned some 600 different discussion threads. And wherever the X-Mid was being discussed online, from Reddit’s /r/ultralight subreddit to Backpacking Light, Durston was on hand to answer questions, usually in long, detailed posts heavy on data and diagrams. His analytical nature and attention to detail won over his gram-counting, spreadsheet-loving audience.

The ballooning demand for the X-Mid quickly overwhelmed Durston’s own ability to produce the tents. After Drop decided to stop selling outdoor gear, he partnered with another online retailer, Kaviso, and also launched his own web store. He’s expanded his tent lineup to include a two-person model, plus an X-Mid Pro variant made with Dyneema.

Since the success of the X-Mid, Durston has set his sights on other design flaws he’s encountered during his long-distance hiking trips. He recently released a backpack, the Kakwa 40, which has carefully thought-out pockets made for easy access without taking the pack off. Next up could be sleeping pads or freestanding tents.

“I think there are more epiphanies out there in ultralight gear,” he says. “And I think I need to go for another long hike to figure out what they are.”

Wisconsin pro Emily McCarthy is one of the top female competitors in unknown-distance 3D archery. To play that game at the highest level, she n [...] 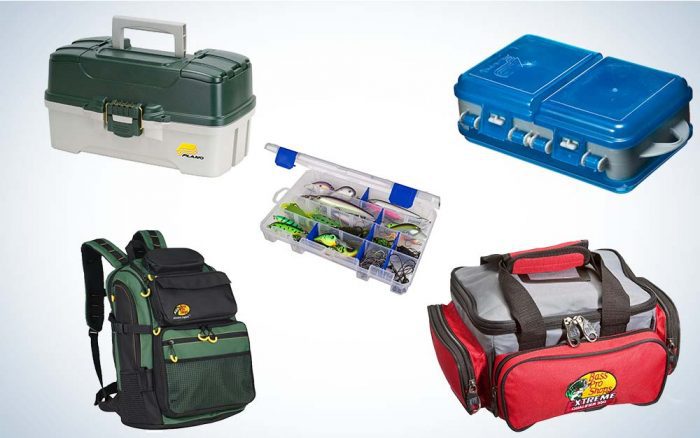 Feels like it wasn’t all that long ago, a thousand bucks would get you a pretty nice bike. Not entry level nice, but nice-nice. Those were the da [...]
Copyright 2022 Everest.com. All rights reserved