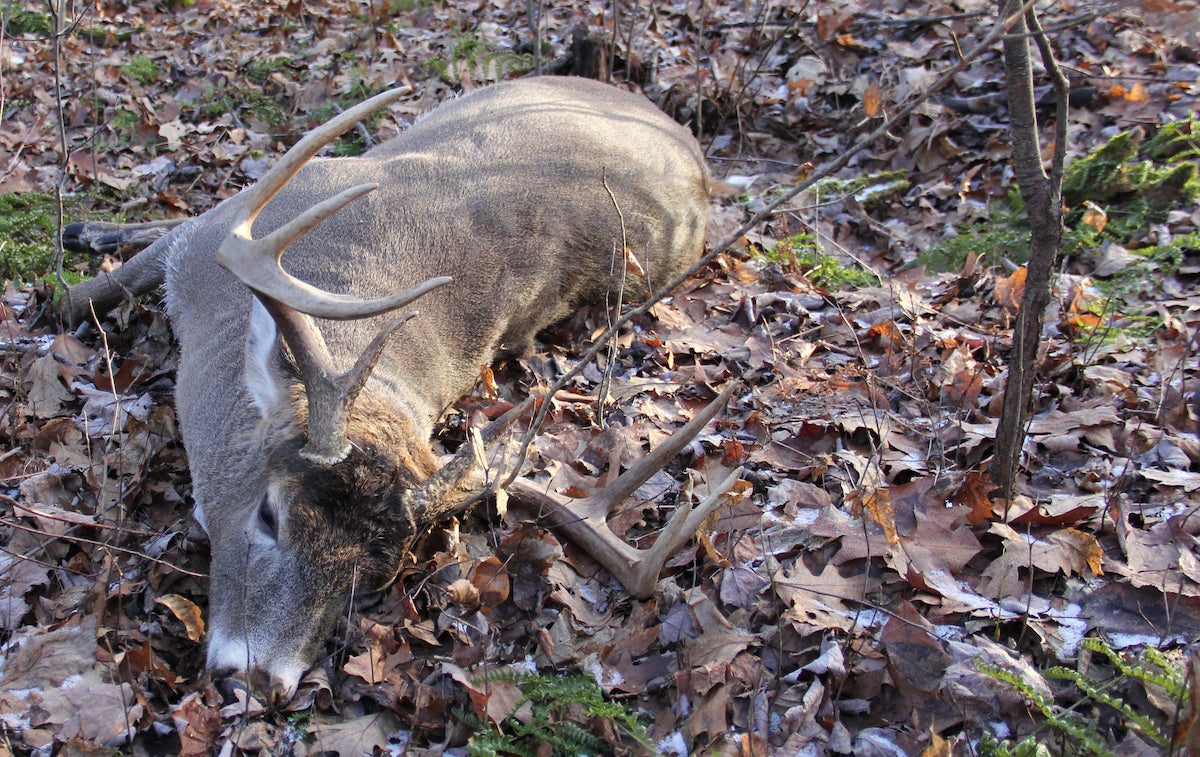 If you want to bag on an older buck, you need to find him first. Dave Willman via Getty Images More than ever, there’s a different kin 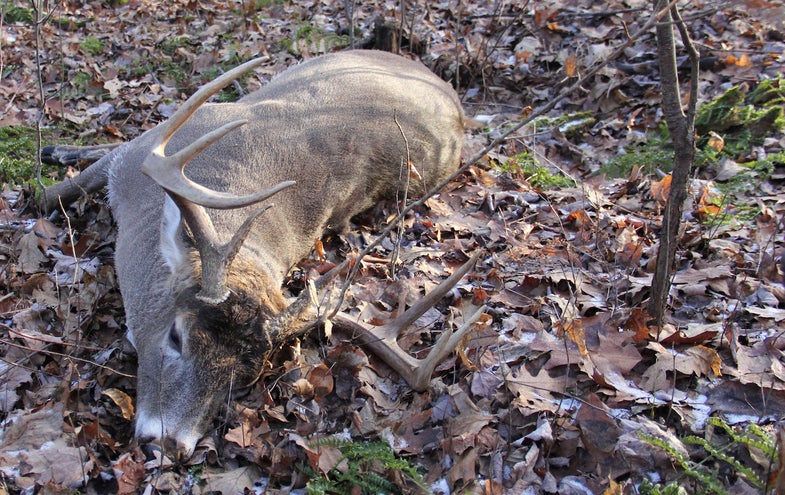 If you want to bag on an older buck, you need to find him first. Dave Willman via Getty Images

More than ever, there’s a different kind of buck on the scene—a hermit, a recluse, a homebody. The likelihood that one of these shy, old brutes is camped out on your hunting ground right now is better than ever. But if you hunt this deer like any other buck, you may never see him.

As a buck ages, his living quarters shrink. In Dr. Mickey Hellickson’s groundbreaking 1995 King Ranch telemetry study, the average core area for older bucks was a mere 151 acres. Increasingly reclusive, some of these bucks do not run widely even during the rut. Every year, I hear more stories of docile, old bucks that virtually never leave some funky little spot. And I’ve arrowed a few of them, including a 179-inch 5-year-old that had dug in at an 80-acre farm I hunt.

Iowa whitetail expert Steve Snow has dealt with several such bucks. “One is just infuriating,” he says. “He grossed over 200 inches as a 6-year-old. I’ve never seen him with another deer, even a doe, and I see him a lot because he lives behind my house. I once watched him suddenly drop to the ground, hiding from a 150-inch 8-point. A buck like that is not going to run wild, acting stupid, the first week of November, and if you call or rattle to him, you’ve shot yourself in the foot.”

So the good news is that a monster may well be camped out on your turf, even if your turf isn’t large. And he’s not apt to disappear when the rut starts. The bad news: He’s constitutionally skittish, and the standard ploys probably won’t work. But these three specialized tactics can.

Even a shy buck has to eat. So when Mark Drury of Drury Outdoors found a 190-inch giant living on an 80-acre pasture with no stand options, he planted a small food plot tight to his bedding area and set up a ground blind. When the required northwest wind came, the buck walked right past Drury’s blind, in full daylight, two days in a row. “Trouble was, I was at a business meeting,” he says. The buck later died of EHD. But the plan worked.

A shy, old homebody buck may not run does all over the planet, but he’ll know when the girls in his immediate area are ready to breed. Your job is to know where they bed, eat, and walk so you’re ready when he makes his move. “We have a 7-1/2-year-old buck on our farm that’s totally faithful to a small piece of it,” says New York whitetail expert Neil Dougherty. “He doesn’t run big looking for does, but when one comes in heat in his living room, he’s on her.”

Read Next: The 9 Best Late-Season Deer Foods and How to Hunt Them

The last way to deal with a hermit buck is to scout and hunt him so carefully that it borders on obsession. Give up afternoon hunts to observe where he eats and how he gets there. Hang trail cams, but not where he’ll run into rivals, such as a mock scrape; stick to faint trails or rubs you can identify as his instead. This is how I found my 179-incher. Once you’ve nailed down a few ambush sites, hunt only when conditions are perfect. And prepare yourself for a single-minded, all-in campaign. “One of the reasons these bucks get old is that most guys know there’s an easier buck somewhere else,” Snow says with a laugh. “Why else do you think that 200-class giant has lived so long?”

Now is the time that mallards become damn tough to kill. Hens and drakes are pairing up. They are more solemn, and want to be around ot [...]
Videos

Ahhh Austria; warm shnitzel, cold beer, and skiers that will put you in the dust. We’ve got ourselves a good ole fashioned USA vs. Euro [...]
Copyright 2022 Everest.com. All rights reserved