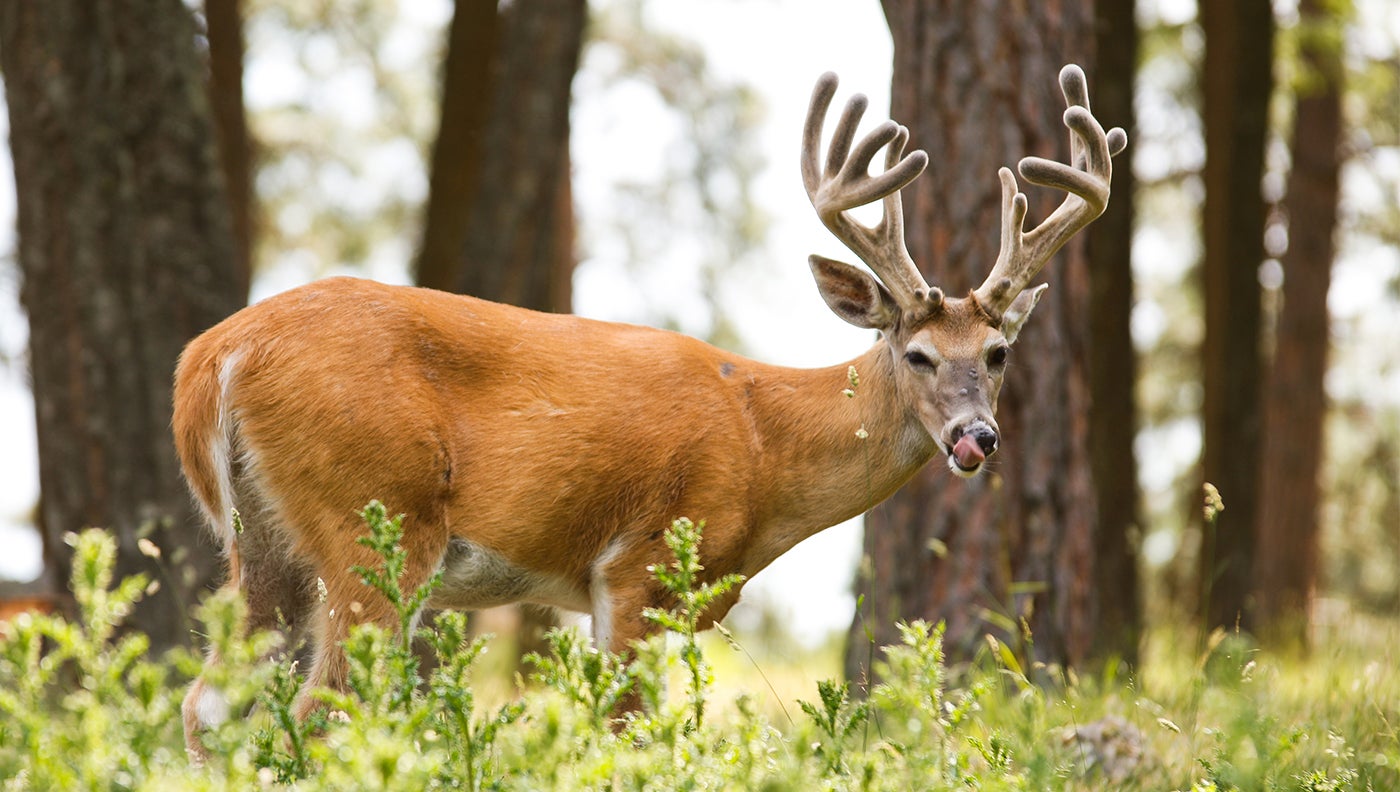 Summer seems like easy living for whitetails. The frigid temperatures and barren landscape of winter are long gone, replaced with balmy weat

Summer seems like easy living for whitetails. The frigid temperatures and barren landscape of winter are long gone, replaced with balmy weather and lush green growth. And yet, June, July, and August pose their own difficulties for deer. Does are raising and nursing fawns, and bucks are busy packing on body weight for the coming rut, as well as putting any reserve energy into growing the big racks we hope to see during the hunting season. All that activity stresses deer.

Minerals help deer overcome some of that stress, which is why whitetails (and other game) have long been attracted to naturally-occurring mineral sites in their range. Since these are relatively rare, hunters started providing mineral sources to deer decades ago, and the practice has only grown since. These days, virtually any food plot company worth its salt (sorry) has added a mineral block to its lineup. But you can make your own lick for quite a bit less with just some hand tools, a little sweat, and mineral found at any farm supply store.

Yes, Minerals Are Worth Putting Out

Some hunter-managers dismiss the importance of minerals to whitetail health, and some of their points are valid. The best lick in the world will not turn a doe into Super Mom, nor will it transform a middling 10-point into a B&C candidate. However, as mineral proponents will argue, a complete diet (which includes minerals) allow a whitetail to fully express its genetic potential. Years of watching whitetails opting to eat this and not that (and vice-versa) have convinced me that deer are expert at finding exactly what their body needs at any given time, and that whitetails are highly attracted to mineral sources this time of year is undeniable. As evidence, I have mineral sites that I started years ago that I no longer freshen with new material, and deer continue to return to them this time year, digging up dirt that contains traces of mineral placed long ago.

But there’s another big reason to start a lick. For hunters, there is simply no better spot to start gathering summer trail-cam pics. Once established, a mineral site is so attractive that it will suck in virtually any buck in the area. If you’re serious about taking a summer inventory of bucks, a mineral lick will compete with and often outperform any food or water as a summer trail-cam site. So let’s get going. Here’s how to create a perfect mineral lick for summer deer, in six steps.

Be careful. Some states prohibit mineral licks entirely, or regulate their use. Get a copy of your state’s regs and make sure placing mineral is legal in your area. If it is an acceptable practice, it may be regulated, so be sure to follow any restrictions outlined by your state agency. And don’t assume you already know the rules, because with the spread of CWD and other diseases, the rules may well have changed since you last checked.

As noted, there are many commercial mineral mixes, blocks, and rocks on the market, and I know many hunters and managers who swear by this brand or that. And I don’t dispute any of it. However, I am an inveterate cheapskate on a limited budget, and I’d rather spend my dollars on other hunting gear, so I make my own mineral. If you’re on the penny-pinching plan, or you just prefer to do things yourself, follow my lead and go to your local farm supply store and buy a couple bags of trace mineral salt.

This is what many cattlemen offer their stock, and, if you use nothing else, it will be more than enough to pull deer into your lick. That said, I like to take things a step further and also get bag of dicalcium phosphate (commonly known as di-cal). This is an additive some dairy farmers feed to their calves, so it contains some body-building elements that can take a simple trace mineral lick to the next level. I typically make a 60/40 mix of trace mineral/dical, in a 5-gallon bucket, using a spade to blend the ingredients. One bucket is usually enough to get a pair of licks going.

Since I use licks as camera sites, I want to place them in areas where I can pull an SD card while making minimal disturbance to area bucks. For the most part, this means the edges of farm fields and food plots, which are perfect for two reasons: first, they typically prime summer food sources that are already drawing whitetails, and, second, they are situated in a place that lets me check cameras at midday without bumping deer. I focus on soybean or alfalfa fields in farm country, clover food plots anywhere, and the edges of fresh clearcuts or natural openings in the big woods. Obviously, the closer you put the lick to entry trails, field-edge corners, or other areas with good deer sign, the better the chance that it will attract attention.

4. Dig a hole and add the mineral mix.

Creating a mineral lick couldn’t be easier. Pick a good tree for hanging a camera on the edge of the aforementioned food sources. Step off 10 or 15 yards, and stick a shovel in the dirt and spade up the earth in a 2-foot circle. Toss a gallon or so of your mix into the dirt, then use your shovel to mix it into the earth. After that, spread another gallon or a little more of the mix on top to serve as a visual attractant to lure deer to the spot. Use the rest of your 5-gallon pail to create a second lick at a similar site, 400 to 800 yards away. Oh, and if your lick is adjacent to a farm field, make sure it’s well off the field edge, as deer can really dig out and enlarge a lick over time, and you don’t want the landowner upset because you created a crater on his field edge.

As noted, mineral licks are the best spot to gather preseason pics, and I rarely start a lick without considering where and how I’ll hang a camera. Ideally, I want a tree or fence post to be about 10 yards from the lick and sometimes a bit more; remember, deer will be spending some time at the site and a flash (even an infrared or no-glow) going off in their face at every visit can make even the most mellow buck a little goosey. If I feel like the camera itself is exposed, I’ll brush it in by sticking a leafy branch or two behind it. I like to visit the camera and pull the card after only several days at first, so I can view pics and make sure I’ve positioned the camera properly. Most cameras allow you to set the number of shots it will take for every triggering event, and it’s worth considering bumping the number down; I’ve had does and fawns linger at a lick for 20 minutes or more, which adds up to dozens of pics of the same deer.

Creating a lick doesn’t guarantee deer will use it. I’ve had licks that lit up with deer activity immediately, while others were almost ignored. I believe the mineral just reacts to some soil types better than others, but this is just speculation. Regardless, it’s a good idea to revisit any startup licks to see if deer are enjoying them. If there’s little to no activity, create another lick nearby to see if that one takes. Eventually, some are sure to—and you’ll be set up to start getting summer pics of your best bucks.

Loading...
Newer Post
The Mongol Rally Is Our Favorite Crappy Car-Based Adventure on the Planet
Older Post
Master Class Monday: When to Use Small Flies for Trout

Norway is clearly a country that appreciates a good, stylish cabin more than most, making them available for regular folks hiking the gorgeous, i [...]
Adventure

Big parts of Snowdonia and the Scottish Highlands have been burning in unseasonably warm spring temperatures. Ben Lomond, one of the most pop [...] 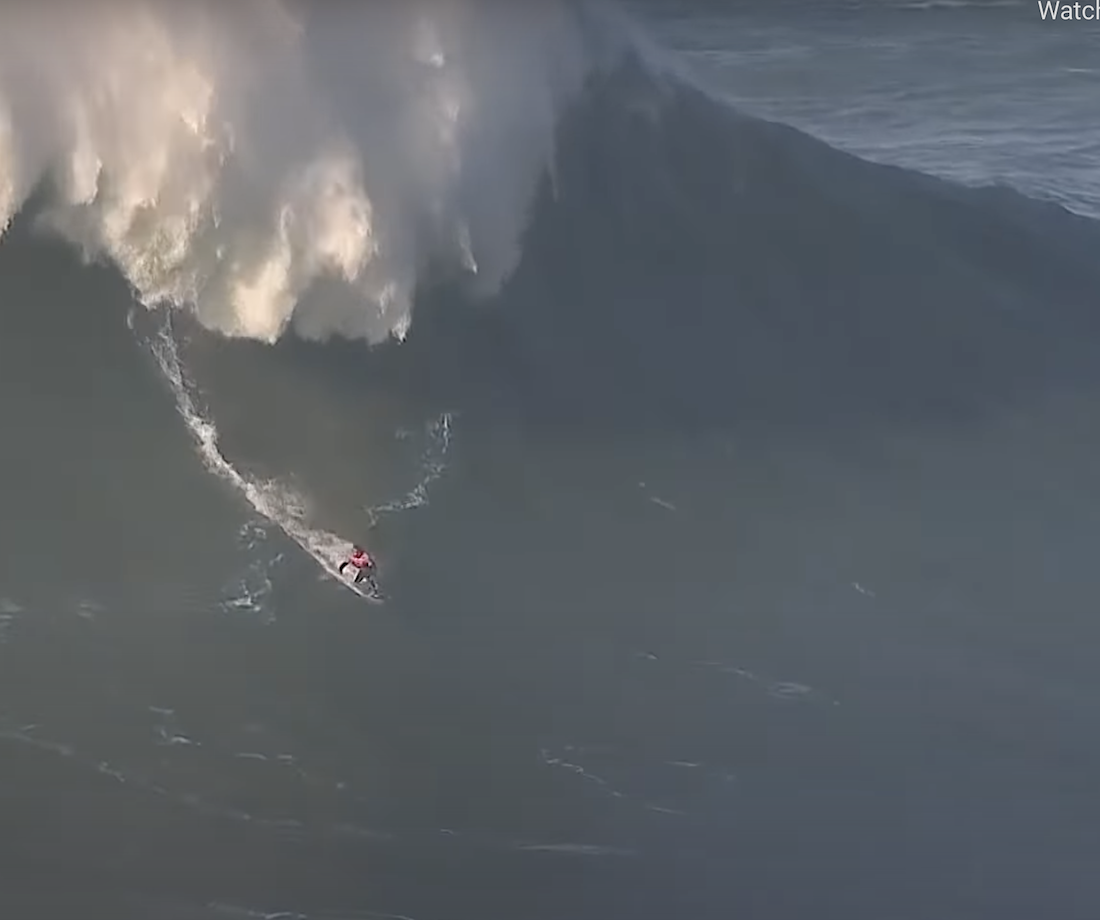 The Waves Are Too Big

Well, not too big for these surfers, apparently. Source Link [...]
Copyright 2022 Everest.com. All rights reserved