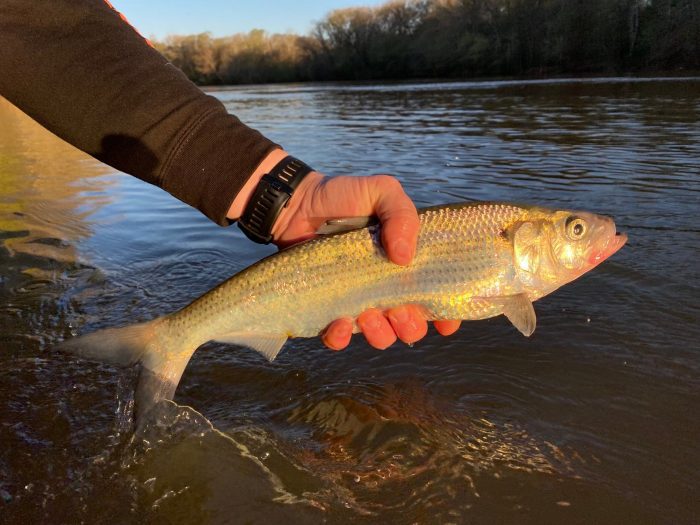 How to Tie Flies for Shad Fishing

What’s curious about shad flies is that no one is convinced that migrating shad even eat the dang things. At least, not this time of year.

What’s curious about shad flies is that no one is convinced that migrating shad even eat the dang things. At least, not this time of year. The hickory shad run is heating up on nearby rivers, and when it’s good it is epically good. The fish run to the first set of rapids and ball up, and on a good day you can catch 50 on shad flies swung deep and downstream. Shad tend to stick to the bottom of the river, so the flies are heavy—weighted with dumbbell eyes or tungsten beads—and we cast them with fast-sinking lines. The whole business feels like chucking a wet cat. The thinking goes that shad strike the gaudily colored flies out of instinct, or frustration, or some behavioral tic whose original provenance is lost to time. What’s for sure is that they love a gaudy fly, and don’t seem to care much whether it’s neat and trim or as disheveled as a slept-in camp bunk.

February and March seemed designed for fly tying, two in-between months when hunting seasons are largely over and spring fishing has yet to kick in. For me, at least. I know there are folks who live for ice-fishing season, and all I can say is: Bless your heart.

This time of year, I’m thinking of blooming redbuds and a pound-and-a-half fish that knows how to set its axe head of a body against the river current and call into question whether my 4-weight rod was the best choice I could have made. Bending over the vise, I wrap a size 6 hook with thread and tie on small dumbbell eyes. At this point I have but a vague idea of what the fly will look like when I’m finished. There are a dozen materials spread out in front of me: bucktail and Polar Hair and chenille and bright thread. Oddly enough, shad can be finicky little buggers—far pickier about color and size than you would think for a fish that purportedly isn’t eating.

So, I need pink flies, pearl flies, chartreuse flies, and a combination of all the above. Search for “shad fly” online and you’ll find a host of outrageous designs. Some are so bug-eyed you wonder if they might scare a fish away. But that’s part of the fun of tying shad flies. Channel your inner Dr. Seuss or Pennywise the Clown or Ronald McDonald if you’d rather.

With the eyes tied in, it’s decision time. I lash an inch-long sprig of pearl Flashabou to the hook shank just above the point, then tie down one end of a 5-inch-long piece of chartreuse diamond braid. There’s not a lot more to this fly, and I’ll admit that I tie the easy stuff—Clousers and Deceivers and simple saltwater patterns. I couldn’t tie a dry fly for trout in a week of trying. But I still love the process. I build up the fly’s body with quick wraps of the braid. It’s like watching a creature metamorphose in front of your eyes, as you build the body, the tail, the nose of the fly. I am in awe of the really great fly tyers, but I’m glad there’s no pressure to get a shad fly just right. Bundle up some bling and move on to the next one.

Shad flies were among the first flies I learned how to tie—although “learned” might be an overstatement. My first attempts were limited to bulky wraps of pearl chenille and a white Flashabou tail. I knew practically nothing of fly tying, hence the fly’s name: the Nickens Know-Nothing Shad Fly. Two materials, a hook and dumbbell eyes, and you’re done.

I’ve dialed things up a bit since then, but simplicity is still my strong suit, and I start cranking them out. It’s a welcome change of pace after five months of early wake-up calls and trudging gear back and forth from the truck. I craft a small menagerie of flies colored up like Cinderella designed them herself, and push back from the table when the first neck cramp sets in. No need to burn the midnight oil, not yet.

The shad are in the river mouths, and making their way up the big Coastal Plain rivers. They won’t arrive at the rapids in big numbers for another couple of weeks, give or take. By then I’ll have the johnboat floor fixed and sinking fly lines built from scraps and cuttings of older fly lines. I’ll chuck-and-duck toward a hard current seam in the river, count to eight, then strip the fly in. No matter what the calendar says, spring officially begins the first time the rod gets bent, and a hickory shad tail-walks at the boat, fresh from the ocean, and angry, I suspect, for having fallen for such a ridiculous fly.

“The Season” is a new online column from F&S editor-at-large T. Edward Nickens. You can also follow Nickens’ adventures on Instagram @enickens. And you can read about his adventures in his newest book, The Last Wild Road, an anthology of his best F&S stories. Order it here or wherever books are sold.

Regardless of the type of shelter you use while camping, whether it’s an ultralight tarp you erect with your hiking poles or an eight-person base [...]
Fishing

The best bass lures for summer all take advantage of one key factor—when the going gets hot, fish don’t want to work for their food. Bass [...] 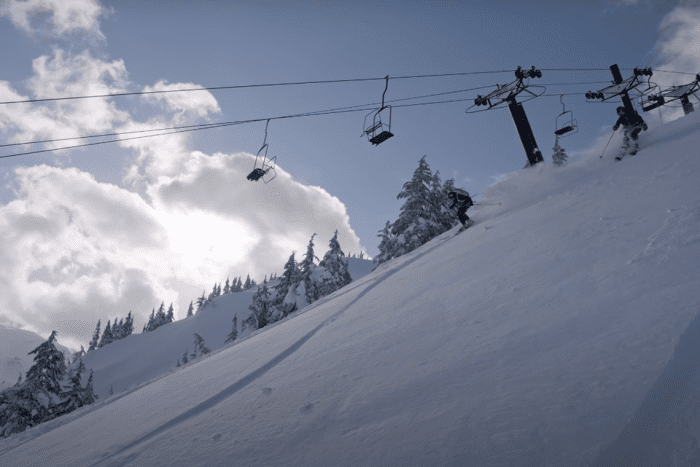