I carried a Hoyt carbon bow—the Spyder—for a full hunting season seven years ago. I spent a lot of time carrying and shooting that bow, and learned it well. Because of that experience, I can confidently say that Hoyt has improved its carbon bows exponentially since then, culminating with the 2022 Hoyt Carbon RX-7. I believe it’s their finest carbon bow yet.

The Hoyt RX-7 has a brand-new look and feel among Hoyt’s carbon bows. The result is a super fast bow that has none of the “carbon hand shock” that characterized my Carbon Spyder.

Hoyt’s RX-7 line consists of two bows—the 30-inch RX-7 and the 34-inch RX-7 Ultra. Previous Hoyt carbon risers were made of three carbon tubes bound together and topped by aluminum caps that connected the riser to the limb pockets.

Hoyt tossed that old design out the window for 2022. The Hoyt RX-7 risers are made of two carbon tubes, and there are no aluminum caps. These are Hoyt’s first-ever 100-percent carbon risers, and they are the stiffest Hoyt has produced.

Powering the RX-7s are Hoyt’s HBX Pro cams. They are similar to last year’s HBX cams but feature a couple of tweaks to perfect the design.

The HBX Pro cams are part of a three-track, binary cam system. As it did last year for the first time, Hoyt again ditched its long-running cam-and-a-half system in favor of the binary. In a binary cam system, the cams are slaved to each other, which helps the cams work together when they are properly timed.

The tweaks Hoyt made to the HBX Pro cams are making them lighter and slightly shifting their position to improve the archer’s sight picture. Some 2021 Hoyt owners complained their sights didn’t have enough left or right adjustment to account for the string position, so Hoyt moved the cams for 2022.

With 2021’s RX-5 carbon bows, Hoyt introduced its Picatinny sight mount option, which allowed for a sight to be mounted directly to the front of the riser, rather than on the side. But that mount was an add-on, and archers had to choose whether to have it on the bow or use the threaded holes on the side to mount a standard sight.

For 2022, the Picatinny rail and side plate with standard threaded holes are part of a single metal piece that’s permanently attached to the bow. The carbon riser even envelopes the ends of the Picatinny rail, so the whole piece looks more like it’s part of the bow, rather than an accessory. It’s definitely cleaner.

Working in conjunction with the Picatinny sight mount to streamline accessories added to the Hoyt RX-7, Hoyt again included a dovetail arrow rest mount on the front of the riser to accommodate an integrated rest. The rest clamps on to a dovetail mount, ditching the side arm and Berger-hole mounting screw required by standard side-mounted rests. But that Berger hole is still there if you want to use such a rest.

Realizing bowhunters who use an integrated rest and a sight mounted to the Picatinny rail eliminated a bunch of weight and bulk from the side of the bow, Hoyt has a series of new quivers which can be adjusted to hug the side of the bow more closely. With that quiver and the other accessories mounted to the RX-7, you’ve got the slimmest carbon compound bow Hoyt has ever produced.

Moving just a bit lower on the bow we get to Hoyt’s new VitalPoint grip. Aside from the redesigned carbon riser, this might be the nicest new feature Hoyt added this year.

The grip is a bit slimmer than previous grips, and it has a great rubber coating. Also, the grip was straightened by about four degrees, making it more vertical than Hoyt grips from the past. The old grips promoted putting a lot of heel pressure in your hand on the grip. The new grips focus the pressure in the center of the grip.

At the bottom of the bow, Hoyt once again includes the Short Stop stabilizer with every bow. It’s a 2.25-inch stabilizer and vibration dampener that attaches to a protruding section of the riser that extends the short stabilizer forward. It’s basically like having a 6-inch stabilizer mounted to the traditional stabilizer bushing located right under the grip.

It puts weight down low under your hand, and extends that weight out in front of the limb pockets, which is where true stabilization happens. Many bowhunters are going to shoot this bow and feel they don’t need a stabilizer in place of the Short Stop, which weighs far less than a 6-inch bar with a couple ounces on the end.

Just below the Short Stop, Hoyt has added a vibration dampener that is attached to the rod that connects the limb pocket to the riser. So vibration coming off the limbs hits this dampener before it shoots up the riser to your hand.

I borrowed a 30-inch Hoyt Carbon RX-7 with a 70-pound draw weight and a draw length of 29.5 inches for my test. This setup fired a 435-grain arrow at a speed of 300 feet per second through Lancaster Archery’s shop chronograph.

That’s the fastest arrow speed I’ve recorded among the flagship bows I’ve tested this fall. To be fair, though, not all were shot at those same specifications. Still, 300 fps with an average-weight hunting arrow at 70 pounds draw weight and 29.5-inches of draw length is pretty darn fast.

Like the 2021 Hoyts, I found the draw cycle of the RX-7 to be vastly improved over previous Hoyts. With the cam-and-a-half bows, I always felt like I couldn’t relax at full draw. The cams seemed aggressive like they wanted to pull my shoulder forward if I let up my release hand pressure even a little. That’s not a system I ever felt comfortable with.

The HBX Pro cams draw incredibly smooth, and the valley ahead of the back wall is deep. I didn’t feel any hint of jumpiness, and I was able to hold comfortably at full draw for an extended period.

At the shot, there is a thump, but it’s quiet, and it doesn’t cause the bow to jump forward. The hand shock is almost imperceptible. You know you released the string, but you don’t have to worry about the bow flying out of your hand.

I would say the Hoyt RX-7 produces the least hand shock of any Hoyt carbon bow I’ve shot through the years. And it seems like the quietest. Most carbon bows have a bit of a crack when you release the string. The RX-7 makes a sound, but it’s not a crack. It’s more like a blip—very silent.

I believe I could feel the stiffness of the new riser. It just felt sturdier, and minimal vibration came through it to my hand.

The bow held and shot like a dream. I shot it with just the Short Stop for stabilization, and that was sufficient. I believe I could have shot a little better with a little more weight under my hand. But then again, this is a carbon bow that weighs only 3.9 pounds bare.

And I should note here that the RX-7 weighs a full half-pound less than last year’s RX-5. That’s a significant drop since there was criticism levied at Hoyt last year for the weight of the carbon bows. So the RX-7 weighs less than the RX-5, but I’d argue the shooting experience is just as good, if not better.

Now let’s talk about that grip. As I mentioned, I think it’s my favorite feature of the Hoyt Carbon RX-7, besides the new riser. I will state right here, right now, that I had difficulties with previous Hoyt grips. I just couldn’t get totally comfortable with them. I could make them work, but quite often, I’d remove the grip and shoot off the riser.

The VitalPoint grip, with its warm, rubbery feel and its new angle is wonderful. It promoted a repeatable hand position without having to think about it. Put your hand in the grip, and it goes to the right spot.

Where The Hoyt Carbon RX-7 Is Lacking

It’s expensive. The RX-7 is $1849 and the RX-7 Ultra is $1899. That’s the nature of carbon bows. They cost a fair amount more than aluminums, and many bowhunters are going to rule them out solely because of the number on the price tag.

What This Bow Does Well

The grip is to die for. I can’t say enough about that; I don’t know if that’s because I really never liked the previous Hoyt grips or if it’s because I simply liked the VitalPoint so much. Whatever my reasoning, this grip is sweet.

Hoyt did a much better job incorporating its streamlining features into the RX-7. The Picatinny rail and integrated rest dovetail look like they’re supposed to be on this bow. And with the new quivers Hoyt built for this year’s bows, you can build your slimmest Hoyt ever.

The Hoyt RX-7 is a great choice for a carbon hunting bow if the price tag doesn’t scare you. Years of working with this medium is paying off as Hoyt perfects its carbon offerings. The RX-7 is Hoyt’s best carbon bow yet.

Does anyone have a 2" lift on a cherokee kl?

Next
Spots for first time near in/near GA to overland : overlanding

Spots for first time near in/near GA to overland : overlanding 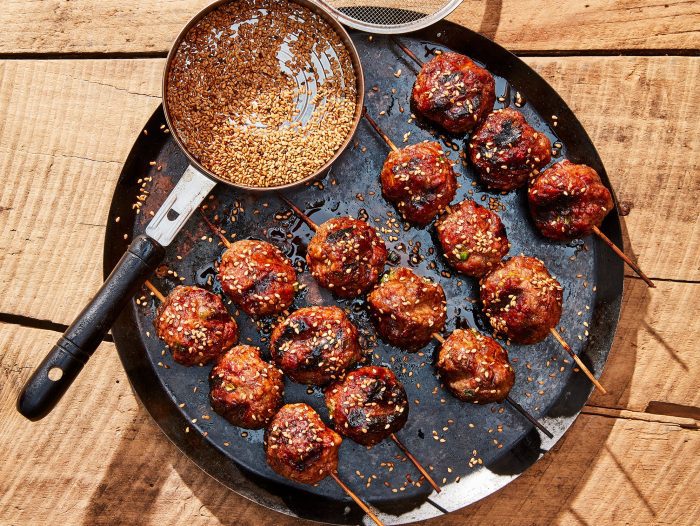 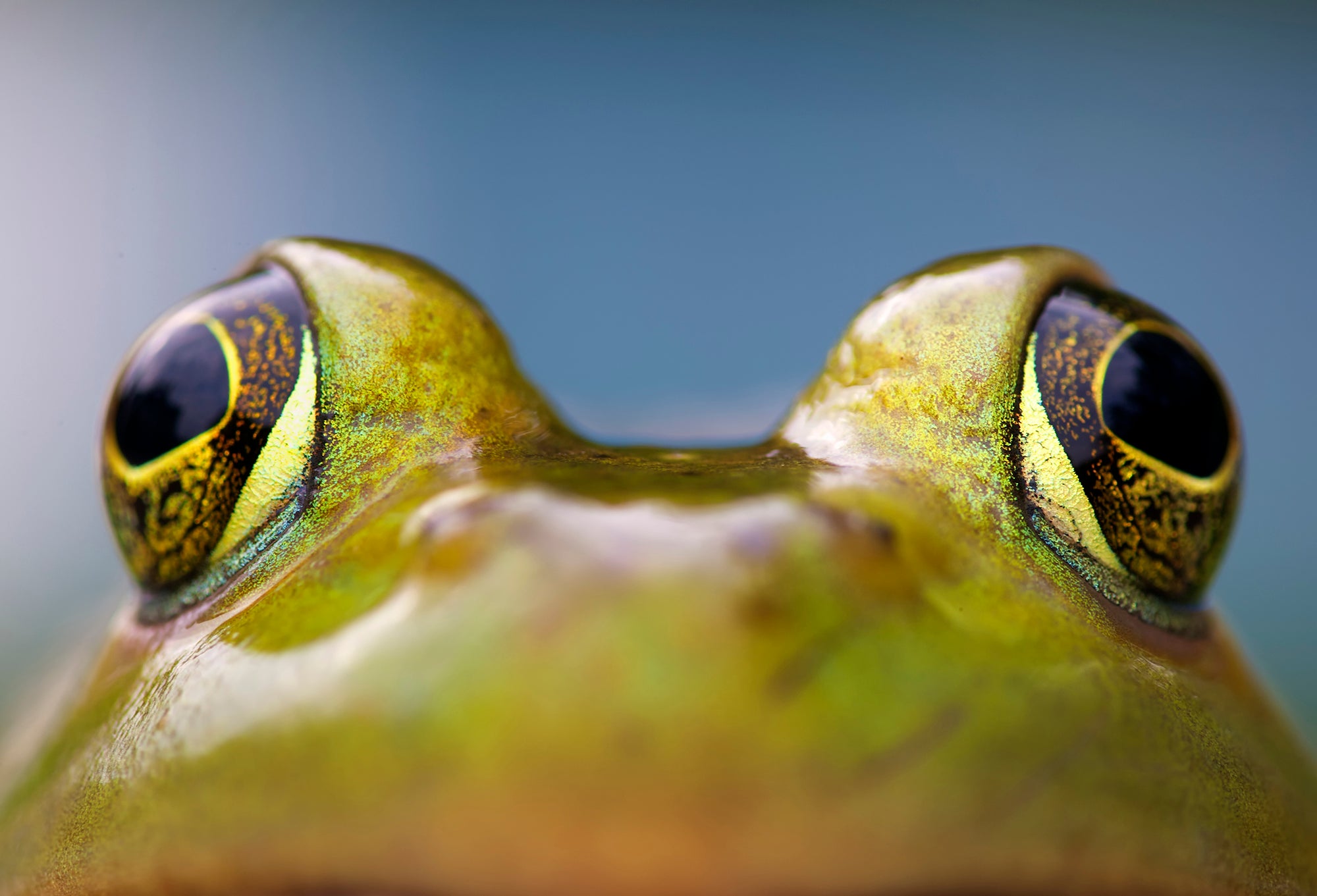 Earlier this week, the Federal Subsistence Board voted unanimously to close more 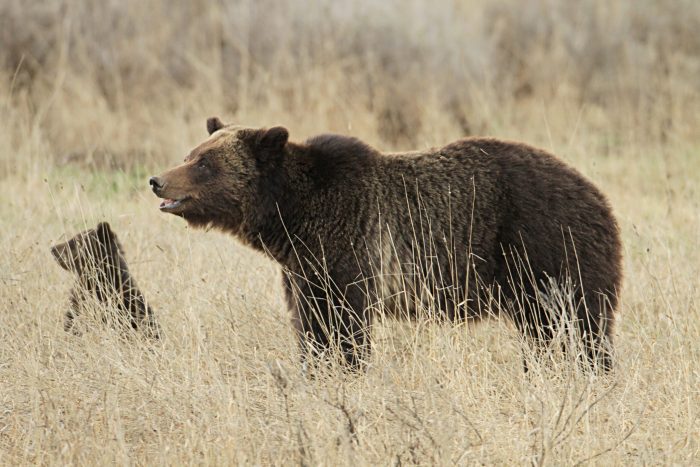