Cody Skinner is a longtime deer hunter who lives in Iowa and, before this season, has already tagged three bucks over 180 inches. This year he shot yet another monster whitetail—a deer he’d been seeing since the fall of 2020.

This massive buck first appeared on Skinner’s cameras last year. “I didn’t have any encounters with the buck, but I got photos of him during the rut and through the rest of hunting season,” says Skinner. “I was targeting a buck on a different property, which I killed in October. I’m thankful for that, because last year, this buck was probably right around the 165-inch mark. He made a big jump in 2021.”

Skinner estimated the deer to be over 6 years old, and it was definitely on his radar going into the 2021 deer season. “I had thought about this deer a lot this past summer,” says Skinner. “Will he show up again? If so, will he be consistent? When will he show up if he does? I felt like I did everything I could to stack as many things in my favor as possible while hunting him.”

The buck returned and stuck around a property Skinner planned to hunt on October 16, which was much earlier than he expected. “When I started getting pictures of him, I was getting them often,” Skinner says. “He even seemed to push a couple other mature bucks completely out of the area.

“I was targeting another 180-inch deer—a 4-year-old that I named Muley. He has two matching 6-inch flyers off his G2s. Muley was very regular in the same general area. It was almost like clockwork. But when the big 6-year-old buck showed, Muley fell off the map.”

On October 21, Skinner had his first encounter with the deer. It had grown—a lot. That afternoon, it stepped into a corn food plot. The buck stood at about 40 to 55 yards from Skinner’s ground blind. Skinner waited, but by the time he decided to shoot, the buck turned and walked away.

The Buck Kept Showing Up On a Northwest Wind

Trying to nail down the buck, Skinner ran two cell cameras and two regular SD card cameras. He gathered that the buck was consistently moving through a half-picked, one-acre cornfield with a northwest wind.

“I had a feeling if I didn’t miss an evening northwest-wind hunt, I would eventually run into him,” he says. “My entry and exit were bulletproof. There were several times I was able to leave and enter the blind with deer still in the field. So, I hunted him every chance I got.”

On November 12, Skinner hoped for another encounter with the buck. It was 33 degrees and snowing with gusty northwest winds. “I knew it was going to be good, but it was the rut,” Skinner says. “Even with perfect conditions, I knew my target deer might not do what I was expecting.”

Still, his hopes were high. When Skinner arrived at the cornfield, he saw a few deer out in the open. But there was a creek that let him get in position without any deer seeing him. He made it to his blind 3 ½ hours before dark. He had thick bedding areas east and north of his position and a natural pinch point in front of the blind.

Shortly after Skinner settled in, a group of 15 does walked into the field from the bedding area to the north. Then, a 3-year-old buck ran out and started harassing them. This went on for a while as deer entered and exited the field. Then, about 40 minutes before dark, the big deer appeared. “I was thrown off when the buck stepped out of the corn from the south,” says Skinner. “He fed and walked the far edge of the picked corn at a fast pace.”

The buck stayed upwind of the does, 50 to 60 yards away from Skinner’s blind, and slightly out of range. The deer walked toward the edge of the timber to where deer came out, then turned back toward Skinner and worked a couple of scrapes. Eventually the buck walked in range. Skinner raised his bow, came to full draw, and waited for the right shot opportunity. But the buck turned and walked back into the timber.

The buck spent about five minutes in the timber, meandering around on different trails smelling the ground, then reemerged in the field. It stayed out of range chasing does for several minutes. Then, the giant stopped, surveyed the scene, and fed back toward the blind.The buck walked in range again, but Skinner didn’t have a clear shot.

Skinner hoped the buck would walk through the pinch point in front of his blind. Fortunately, it did. Skinner grunted twice to stop the buck, but it didn’t hear him. But a few steps later, the buck stopped on its own to feed. Already at full draw, Skinner settled the pin and took a 27-yard shot. The buck ran about 70 yards and crashed just inside of the timber.

Skinner immediately texted his wife and brothers that he’d gotten the buck. “I felt like I made a great hit,” Skinner says. “It was getting dark quickly, and it was still sleeting and raining off and on. I wanted to pick up the initial blood trail to see what it looked like. I found great blood right away, [and] decided to push into the woods to look for him. He was dead 40 yards inside the timber.”

Skinner sat for about 20 minutes and admired the fallen buck. Once his brother, Nick, arrived, they dragged the deer out.

“I’ve been fortunate to harvest some great deer,” Skinner says. “This is my fourth deer over 180 inches, but this one is special to me in its own way. I made a game plan and I stuck to it. I did everything I could to get a shot inside 30 yards. I stayed patient and my patience paid off.” All in, Skinner hunted this buck a total of 11 afternoons. It scored 185 ⅞ inches.

Prev
At the End of My Slowest Duck Season Ever, All I Wanted for Christmas Was a Limit of Mallards 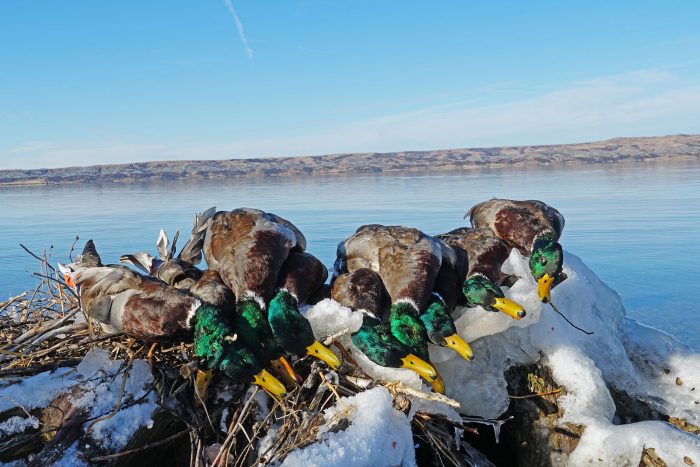 At the End of My Slowest Duck Season Ever, All I Wanted for Christmas Was a Limit of Mallards

Duck hunting isn’t about shooting limits, or at least it shouldn’t 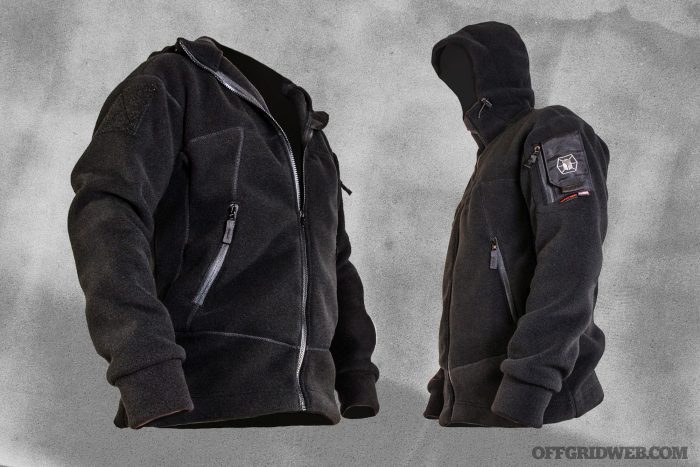 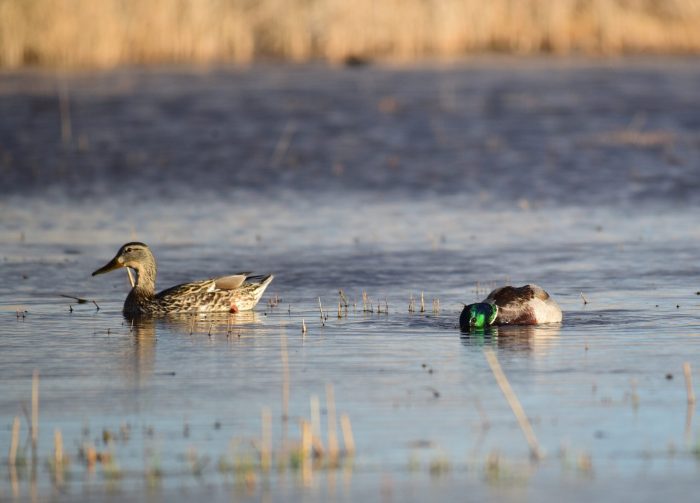 Waterfowlers across the country have been waiting for the U