Home » Tactical » Gear » Is Bird Flu a Threat to Wild Ducks and Geese?

Greg Kottsick, a waterfowl hunter from South Dakota, spent last weekend picking up dead snow geese—but he wasn’t hunting. Kottsick and a group of buddies were cleaning up two lakes on the west side of Eureka that were littered with snow and blue geese, all dead or dying from what they suspected was avian flu. Based on recommendations from state fish and game officials, Kottsick and his buddies wore gloves, masks, and Tyvek suits.

“The lakes are right in town,” Kottsick says. “Cats and racoons were dragging carcasses up on the bank. Plus, people were concerned because we had some track and field events going on and there were sick geese near the field and park. It was pretty gruesome. People were worried about their dogs getting into them. So, we got a bunch of guys together to pick up as many as possible.”

By the end of the day, Kottsick and his buddies had picked up 462 dead birds and piled them in a front-end loader. They buried the waterfowl in a pit at a nearby farm. There were another 200-300 dead or dying geese that the volunteers couldn’t get to, Kottsick says.

As waterfowl species continue their spring migration, anecdotes like Kottsick’s are cropping up across the Central Flyway. Highly Pathogenic Avian Influenza (commonly called “bird flu” or “avian flu”) has made headlines this year as it wreaks havoc on domestic poultry, but it’s also killing a substantial number of wild birds. Bird flu, which spreads through nasal secretions, saliva, and feces, is common in waterfowl, but it doesn’t usually result in notable mass die-offs of wild ducks and geese. This year seems different.

Based on anecdotes and reports from the spring migration, it’s likely that this year’s strain of bird flu is deadlier for wild birds than it has been in previous years. These reports have hunters concerned and wildlife managers hustling to establish surveillance efforts. The Centers for Disease Control and Prevention has set up a bird flu tracking page, but it’s clearly not capturing the bird deaths that hunters are seeing in the field. For example, the CDC tracker shows that there have been 593 detections in wild birds, but in McPherson County, South Dakota, where Kottsick and his buddies cleaned up 462 dead waterfowl, there have been zero recorded entries. The discrepancy is likely because hunters don’t report all the cases they find and because surveillance and reporting efforts are still being organized.

“This one feels a little different,” says Mike Brasher, a waterfowl scientist for Ducks Unlimited. “It feels like there’re higher mortality rates among wild birds, but I don’t know if we have the data to really back that up yet … We have to wait to see the data before we [talk about infection rates and mortality rates].”

Until researchers can a better handle on the size and scope of this outbreak, let’s take a look at what we do know about bird flu’s impact on wild birds and waterfowl hunting so far—and what we don’t know about virus.

How can I tell if a wild duck or goose has bird flu?

Many wild birds carry avian flu without showing any symptoms. But other infected birds can experience complete paralysis, swelling around the eyes, and twisting of the head and neck, according to the USDA.

While hunting in North Dakota last weekend, my buddy Todd Gifford and I found this sick snow goose that appeared to be dying of bird flu. As you can see in the video below, the goose is having spasms in its neck and appears unable to control its head. We saw several geese that had these same symptoms. Through our years of hunting, we’ve come across plenty of snow geese that have been crippled for one reason or another, but this was different. The birds that we suspected were dying of avian flu had no noticeable injuries whatsoever. They were unable to fly away or run and they were clearly struggling with coordination and mobility.

Probably not, but it’s too early to tell.

“We’ll have infection rate information at some point over the coming year,” says Brasher. “The thing that seems to be different this year is its lethality to wild birds, based on what we’re seeing at this time. Typically, avian flu occurs in the background of waterfowl populations and we most often don’t see its effects. In terms of why we seem to be seeing something different this year, is because just like with the coronavirus, viruses mutate. There seems to be a fairly large number of mutations associated with this strain.”

According to the CDC reports, of the 593 detections recorded there were infections in 155 light geese (snows, blues, or Ross’), 126 mallards, and 27 Canadas. These are all species with relatively hardy populations. But there were also waterfowl killed by bird flu from more sensitive species, like wigeon (63 recorded) and pintails (four recorded). Even so, if mortality rates are low, it’s unlikely that biologists or hunters will notice population-level changes in waterfowl species.

Species that congregate in large, dense flocks are likely most susceptible. Shorebirds, gulls, and raptors have also been found with the virus.

So far, there have been zero recorded cases of humans being infected with avian flu in the U.S. according to the CDC tracking page.

Is it safe to clean and eat wild waterfowl?

Yes, but don’t handle or eat birds that are obviously sick. This is a good rule to live by even when avian flu isn’t rampant. Beyond that, the Animal Plant Health Inspection Service has the following recommendations:

Can my hunting dog get bird flu?

The experts I spoke to said not to send your dog to retrieve birds that are obviously sick or found dead in the field. Just like not eating visibly sick birds, this is a good rule all the time. That said, based on the available research, it doesn’t seem like bird flu is a serious threat to hunting dogs. But it’s not impossible for a dog to contract avian flu, either.

“Avian influenza risk to dogs is very, very low but not zero,” Sarah Bailey, the assistant state veterinarian of the North Dakota Board of Animal Health, wrote in an email. “Dogs are more likely to get canine-specific influenza A from other canines and there are other common respiratory diseases (kennel cough, distemper, etc.) I would rule-out first if a hunting dog got sick.”

There is at least one report of a fatal H5N1 HPAI case in a dog that ate the carcass of an infected duck (which you can read more about here).

What are wildlife agencies doing about bird flu?

Major surveillance efforts are underway. Just like in the early days of the COVID-19 pandemic, mass testing is critical to understanding how widely the virus has spread, and how much of a threat it might be. Wildlife agencies know this well from previous years dealing with bird flu, and they’re hustling to ramp up testing.

“State agencies, federal agencies, and the National Flyway Council are all working on this,” says Brasher. “They’ve gone through this before. So, there is definitely a full-court press up and running. I’ve heard that they are trying to achieve surveillance sampling of wild birds in the tens of thousands over the next year or more. This is a priority for state and federal agencies right now. That’s out of joint concern for commercial poultry operations and wild birds.”

There are two things hunters can do to help:

When I returned home from my North Dakota trip, I reported the dead and dying snow geese we found to the state’s wildlife mortality reporting page. Many states have similar pages set up through their wildlife agencies. Just run a simple Google search for your own state and report sick and dead birds when you find them. Reporting sick and dead birds will help researchers track the virus and get an understanding of its prevalence.

When it comes to not spreading the disease, follow these guidelines from APHIS:

Waterfowl experts say it’s critical to prevent spreading the virus from wild birds to domestic poultry. They also say that just like with other flu viruses, the spread tends to slow when the weather warms. Until then—and until more data is collected—hunters should remain cautious, but hopeful.

“We shouldn’t panic with this,” says Brasher. “We should take reasonable precautions and wait for the information to come in. We’ve learned a lot about this disease over the last decade-plus and we know that the greatest risk is to poultry operations, so that’s the area where we need to exercise the greatest caution.”

As for Kottsick and his buddies, they sat out this spring snow goose season. Kottsick says that after seeing all the carnage around Eureka, he wants to see how the virus plays out before harvesting wild waterfowl—or upland birds.

“God forbid that it gets into our pheasants,” he says. 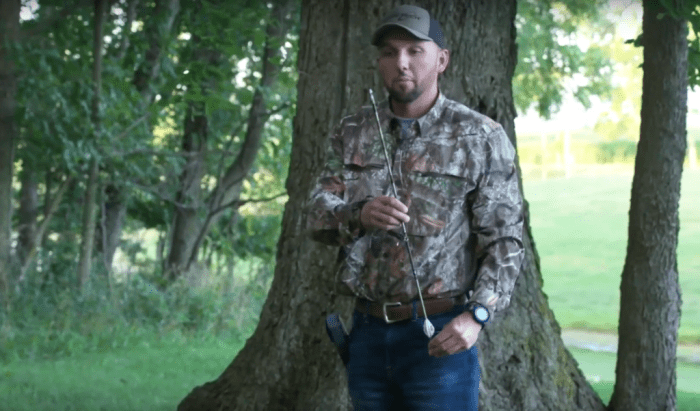 Next
Buck Commander and Silencer Central 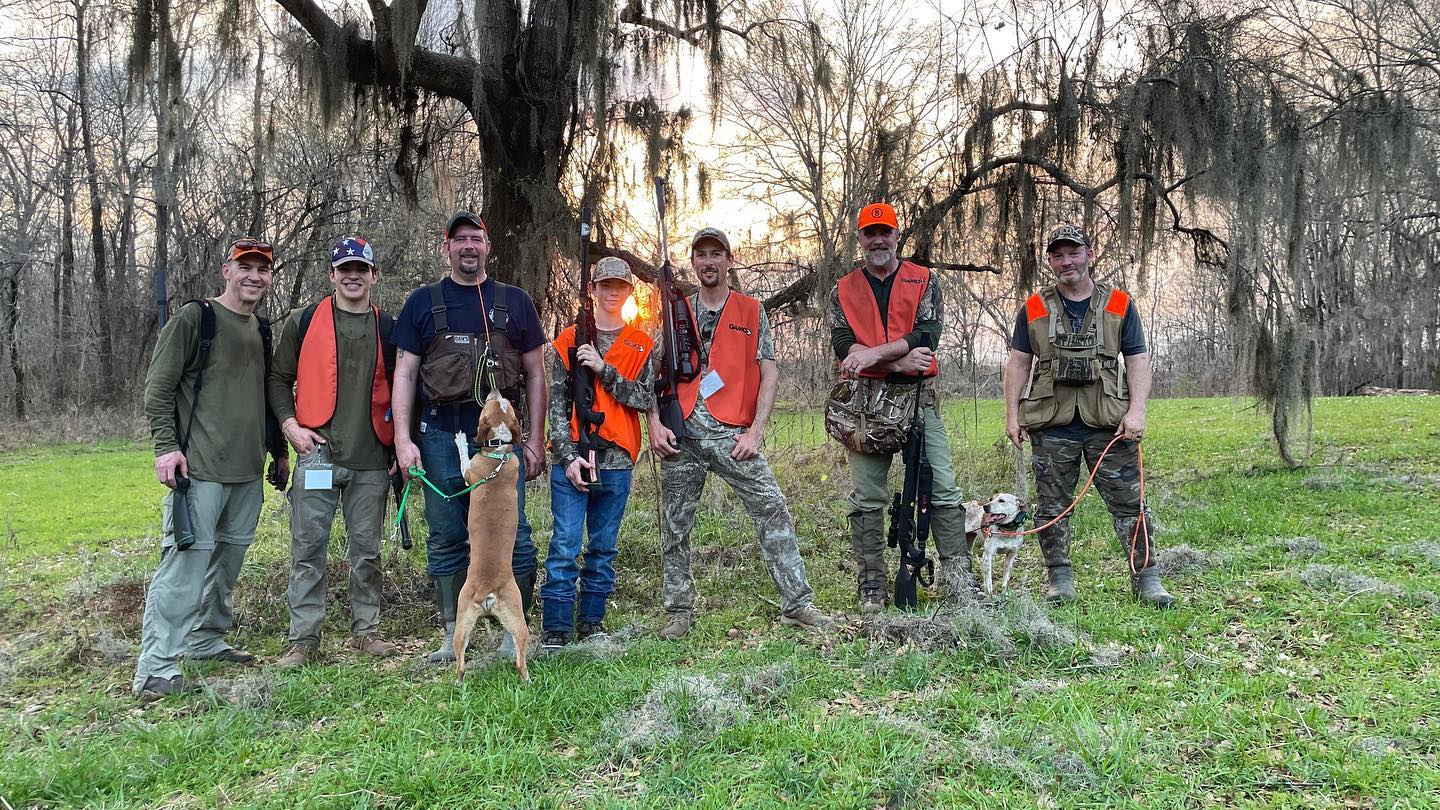 Home » Tactical » Gear » Is Bird Flu a Threat to Wild Ducks and Geese?

No one can spin failure quite like Bill Heavey

Summary: Here is a list of my favorite lululemon must-haves for home workouts,

Why Is it Still So Hard to Buy Ultralight Gear?

If you walk down the aisles of an outdoor gear shop, you might get the