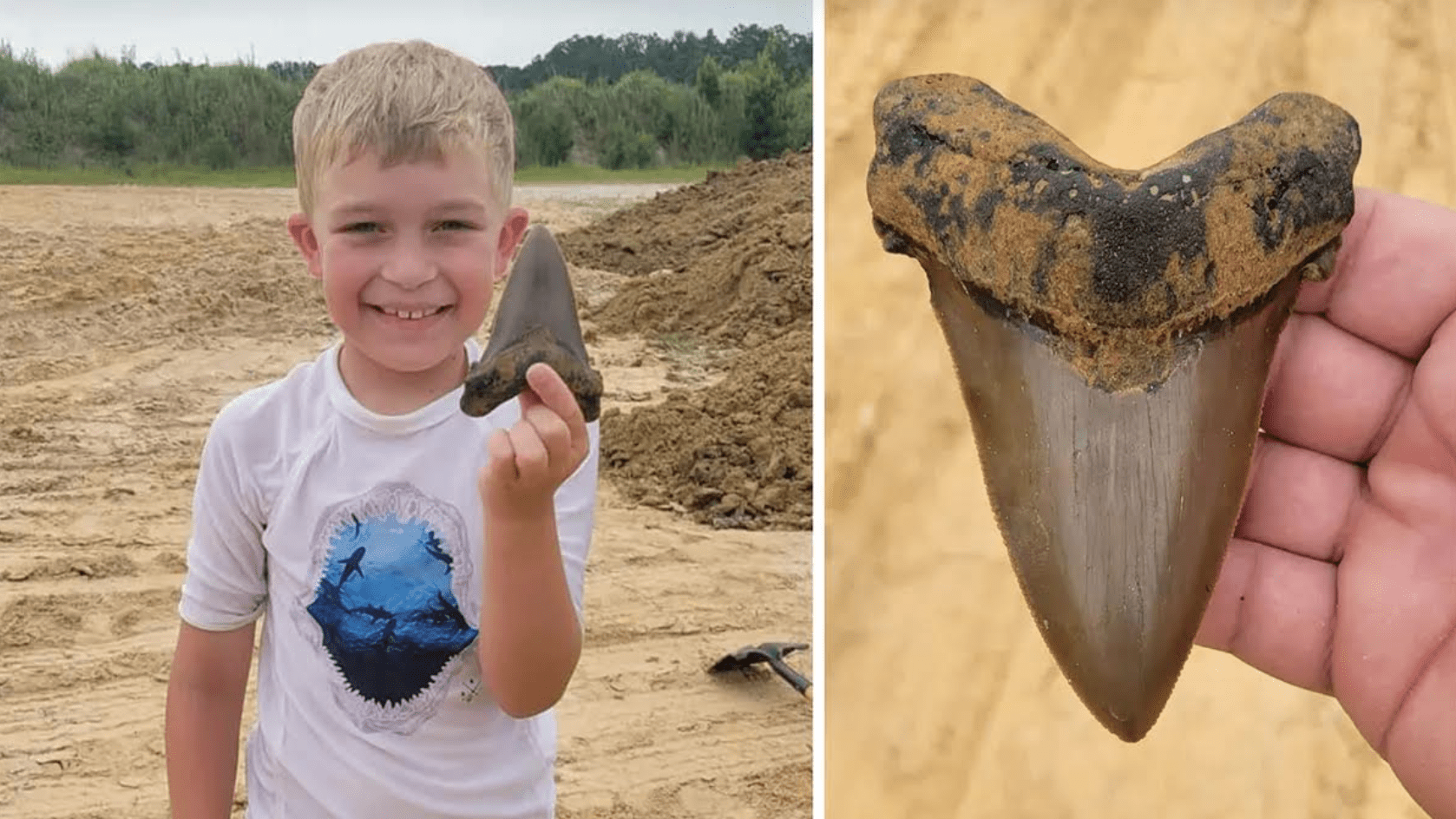 Riley Gracely, age 8, was vacationing with his family earlier this month in South Carolina when he stumbled upon a once-in-a-lifetime find.

Riley Gracely, age 8, was vacationing with his family earlier this month in South Carolina when he stumbled upon a once-in-a-lifetime find. Gracely pulled from the rubble an ancient tooth that once belonged to a long-lost species of mega-toothed shark. Gracely made the discovery while visiting Palmetto Fossil Excursions near the town of Summerville, South Carolina.

Palmetto Fossil Excursions advertises “guided educational fossil hunting excursions for all ages,” on its Facebook page. The Gracely family, which is from Pennsylvania, stopped by to search for giant fossilized shark teeth that are commonly found in the Summerville area.

Riley was walking near mounds of dirt and gravel and spotted what he believed was a portion of a tooth, Gracely’s dad, Justin, told Fox News.

“When he pulled it out, he was so excited,” said Justin.

Experts examined the oversized tooth and believe it belonged to a prehistoric shark species. The tooth Riley uncovered measures 4.75 inches, and it’s special because of its superb condition, size, and for the rare species that it belonged to.

C. angustidens is a species of prehistoric mega-toothed sharks that lived about 33 to 22 million years ago. It’s related to another extinct, and more well-known, mega-toothed shark: the megalodon. Megalodons are thought to be largest shark to ever swim the earth, with some estimates spanning to 60 feet (or about twice as long as a whale shark, the largest shark species in the ocean today).

Based on a well-preserved specimen found in New Zealand, experts say that C. angustidens could grow to more than 30 feet long. They were apex predators that likely hunted penguins, fish, dolphins, and baleen whales, say scientists.

“We are so proud of Riley,” says Justin Gracely about his son’s discovery.

Justin explained to Fox News that Riley is a dedicated angler who enjoys science and the outdoors.

“We vacation in Myrtle Beach every summer, so from the time that Riley and his brother Collin could walk, we’ve been into searching for these (shark teeth) treasures on the beach,” Justin says. “(Riley’s) collection is still in its early stages, so he’s keeping it for now, but who knows in time. It would be nice for others to enjoy it (the shark tooth), too.”

Searching for shark teeth, from ancient and modern species, has become a popular activity for beachcombers in the Southeast. There are several beaches in Florida, Georgia, and South Carolina that are known for turning up shark teeth. But why would Summerville, which is more than 10 miles inland, be a hot spot for shark teeth? Geology nerds can read the full summary on the Palmetto Fossil Excursions website, but in short: millions of years ago this area was below sea level and served as the feeding grounds for many large, now-extinct shark species. Many of their remains were preserved in the limestone and clay that was left behind when sea levels receded.

“Over the course of millions of years Megalodon and other large sharks fed on their prey, shedding trillions of teeth that became buried on the sea floor – only about 1% of these would go on to become fossilized,” Palmetto Fossil Excursions says on its site.

The Polyver Sweden Winter Classic Boots just hit the shore this year in the United States and, without question, these are a pair of boots worth taki [...] 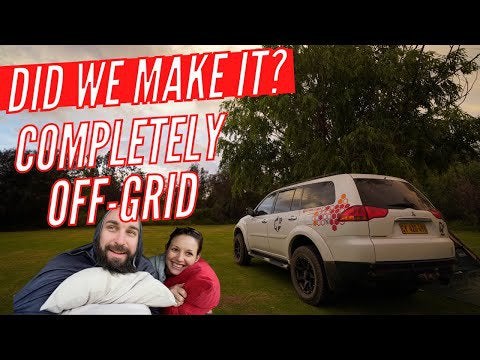 I finally managed to take my 4x4 camping and what an awesome experience. Sleeping in the back of your rig isnt the easiest in terms of comfort, b [...] 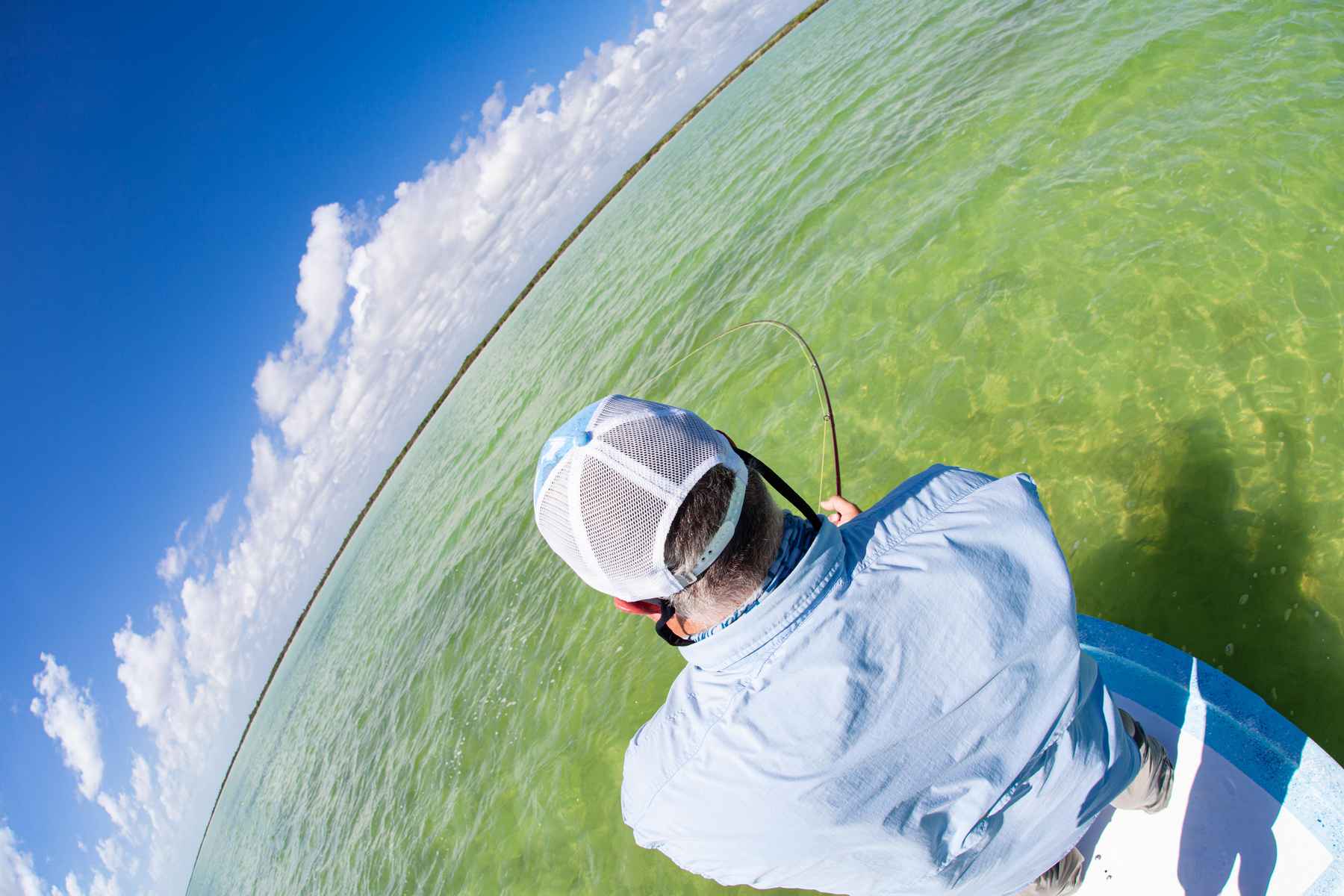 Years ago, while fishing a giant flat in the backcountry of Long Island in the Bahamas, I came across my first “mud” — a busy conglomeration of j [...]
Copyright 2022 Everest.com. All rights reserved