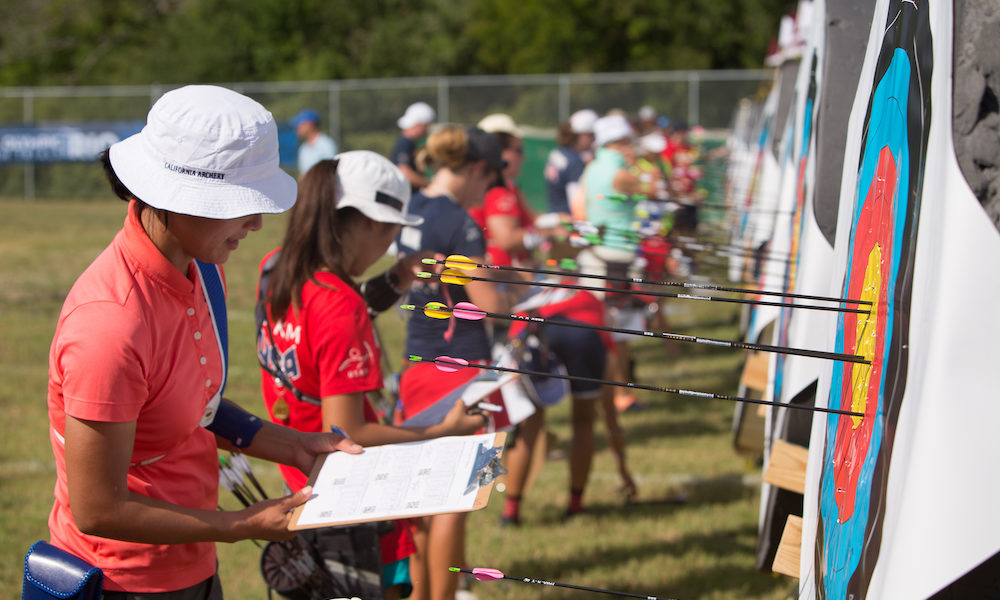 The indoor competition season is over and now it’s time to move on to 3D, field archery and all the other outdoor games. But don’t just push

The indoor competition season is over and now it’s time to move on to 3D, field archery and all the other outdoor games. But don’t just push the indoor season under a rug and switch gears. Take some time to reflect on your performance and analyze it to make improvements. Break down the different aspects of indoor archery and assess how you performed in each area.

There’s an old indoor archery saying that goes something like this: “Archery is 90% mental, so long as the other 10% is too.” How did your mental game feel during indoor this season? Did you even have one?

Many archers shoot without a mental game plan. That can make things rough when the going gets tough.

Mind you, we aren’t talking about any elaborate scheme here. A mental game plan can be as simple as committing to a step-by-step process that you walk through in your head before each shot.

Here’s an example of what you might say to yourself to keep you focused for each shot.

“Set your feet. Get your bow hand position right. Draw. Find your anchor. Get comfortable on the target. Keep your release hand moving. Stay strong. Follow through.”

You’ll be surprised how relaxed you’ll feel on the line, no matter what’s happening around you, if you can focus on each part of your mental checklist. So if you don’t have such a system, take the time now to develop one that focuses your mind on specific tasks related to your shot.

One thing that’s great about indoor archery is you get to shoot lots of arrows, which means you have lots of opportunities to check your shooting form. Assessing your own form isn’t always easy. But there are clues that will let you know if there are problems.

Think about your indoor games this season. Did you have any tendencies? Say, if a shot didn’t feel great, did your arrows usually impact left of where you were aiming? Maybe improper hand position was the culprit.

The best way to assess your form is to seek out a coach. A coach should be able to watch you shoot a couple of arrows to identify problems. Search for a coach here.

If you don’t have access to a coach, have someone videotape you shooting from multiple angles — each side, the back and overhead. Don’t know what to look for? There are plenty of videos featuring coaches and archery pros on YouTube to watch, including this one from Archery 360. Check those out and then study your own form.

Assuming you identify more than one issue, separate them and work on one at a time until the proper form becomes second nature.

How was your aiming during indoor season? Did there seem to be a lot of pin movement?

Some pin movement is OK. Every archer deals with it. But if your pin is moving all over the yellow area of a typical, indoor 40 cm target face, then it’s time to work on reducing that movement.

Archers often think of “practice” as shooting at targets. Try simply practicing aiming. Don’t shoot. When you remove the anticipation of releasing the arrow, it’s easier to focus on aiming.

Work on your hold to keep that pin still. Time yourself to note how long you can hold the pin steady, so that you have an idea when you should stop your shot and let the bowstring down to start over.

Play with stabilizers and weights to see if something can help you hold steadier. Also play with your draw length. Adjust it in quarter-inch increments to make it longer and shorter to see at what length you are the steadiest.

You can have a good mental game plan and solid form, but both are irrelevant if you don’t execute them. One of the most difficult things in archery is to give up total control of the shot and “trust the process.”

Trusting the process means relying on your mental game and proper form to take the arrow to the middle. So often archers try to control the process based on their sight picture. They force the shot when the pin is in the middle rather than staying focused and letting the shot happen while the pin is floating.

Controlling the shot will work from time to time for most archers. But success for those archers usually has a ceiling. They’ll hit a peak in performance, but then fail to advance further.

To break through the barrier, archers must execute shots according to the process, rather than the sight pin. Proper shot execution offers the chance for higher advancement because you are focused on the building blocks of the shot, rather than the result.

Of course, we have seen some command-style archers have big-time success, such as two-time Vegas Shoot and NFAA Indoor Nationals champ Kyle Douglas. But developing his level of control is rare. Executing shots based on a process works for far more archers.

Now that it’s over, an honest assessment of your indoor competition season should provide an ample supply of issues for you to work on. Get on it. The next indoor season is just a few months away.

Editor’s Note: This is an opinion piece. You can find more opinion pieces from our writers and editors here. The first time I remember se [...]
Fishing

Mammoth Mountain through the lens of Christian Pondella

INTRO • DONNY O’NEILL Photographer Christian Pondella moved to Mammoth Lakes, California, in August of 1993 and, since then, has cem [...]
Archery

How to Set Up the Perfect Bowhunting Sight Tape

The doldrums of winter will soon lift, and it will be time to wave goodbye to indoor leagues and start shooting your bow outside. But befo [...]
Copyright 2022 Everest.com. All rights reserved