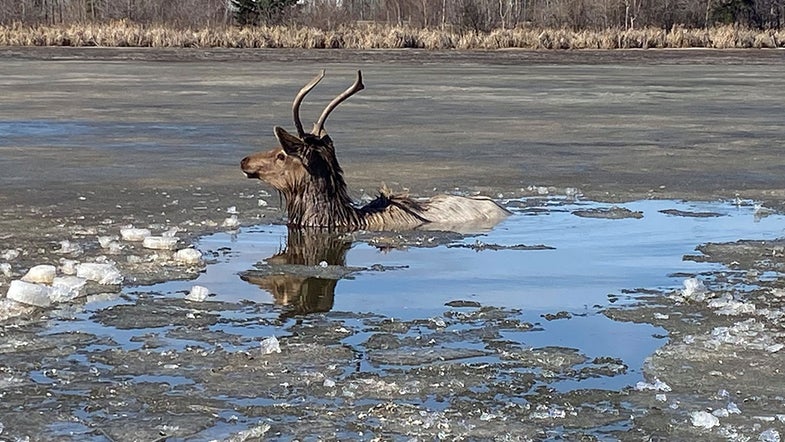 A dozen Michigan elk perished when they ventured onto thin ice and fell through. RMEF photo

On Dec. 14, 2021, a dozen elk in Ostego County, Mich., broke through a private pond covered with 2 inches of snow and ice triggering a quick rescue operation that unfortunately failed, reports Michigan’s DNR.

The incident began mid-afternoon when DNR officers were contacted by an elk hunting guide who reported the animals had fallen through ice on 92-acre Crapo Lake, located 20 miles from the town of Grayling. Two guides and their hunting party spotted the elk from a main road on property they had permission to hunt, and contacted the DNR.

“When the hunters arrived, they saw the elk headed down a slope and onto the ice, traveling approximately 75 to 100 yards out onto the pond,” says Sgt. Mark Depew of the DNR Law Enforcement Division. “The animals grouped up and broke through the ice.”

According to DNR officer Lt. Jim Gorno, the witnesses saw the elk walk onto the pond edge where ice is 5 inches thick in the shoreline shallows. But they broke through in the middle where the ice was much thinner. Elk commonly weigh 300 to 600 pounds, and with a dozen animals crossing the pond, the ice gave way, says Gorno. Eleven of the 12 elk that drowned were recovered, with one animal sinking to the pond’s 50-foot bottom.

“As tragic as this is, at least all 11 recovered dead animals were professionally butchered and the meat was distributed to local food banks by Safari Club International and Michigan Sportsmen Against Hunger,” Gorno told Outdoor Life.

The dozen elk included three small bulls, five cows, and three calves. The sex of the unrecovered animal is not known. Conservation officers arrived about 30 minutes after receiving the distress call from witnesses. They found the two hunting guides who reported the incident in a rowboat, attempting to cut an escape path through the ice for the elk with a chainsaw.

“The ice [closer to shore] was thick, and the two were making almost no progress,” says Depew. “For the safety of the guides, conservation officers ordered them off the ice to prevent another tragedy. Given the weight of the animals and the relatively thin ice, there were no safe options available for saving or recovering the elk alive.”

Gorno says elk are rare in that part of Michigan and the animals likely thought the pond was just a field as they followed a lead cow elk onto the ice.

“We sure don’t see this happen much in Michigan, but it’s fairly common throughout elk habitat out West and in other regions,” says Gorno. “It happened in Michigan about 10 years ago when a pair of elk started across a frozen river and the ice gave way and they were swept under other ice downriver.”

Prev
Learn How to Sharpen a Serrated Knife 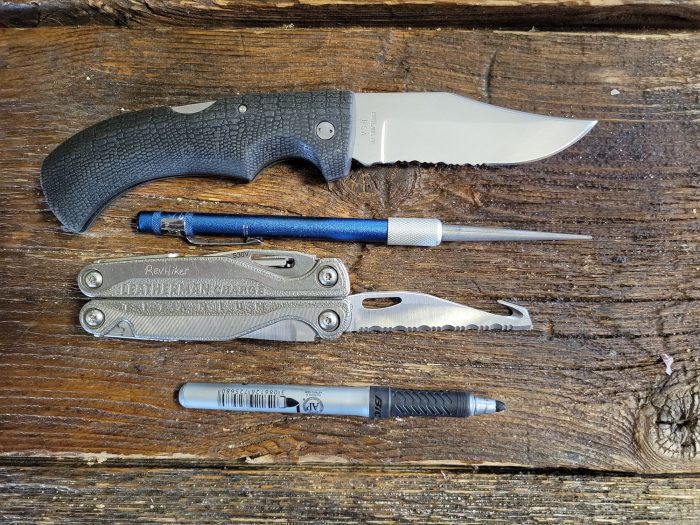 Learn How to Sharpen a Serrated Knife

Next
The Best Dehydrated Backpacking Curry in 2021 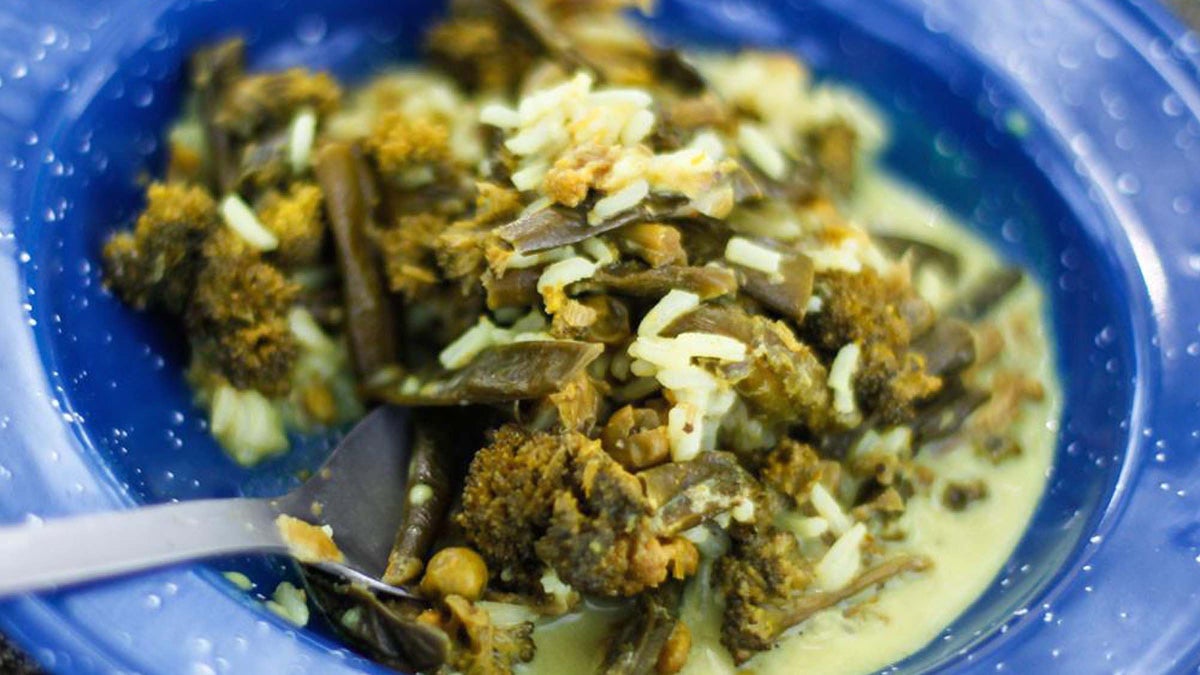 The Best Dehydrated Backpacking Curry in 2021 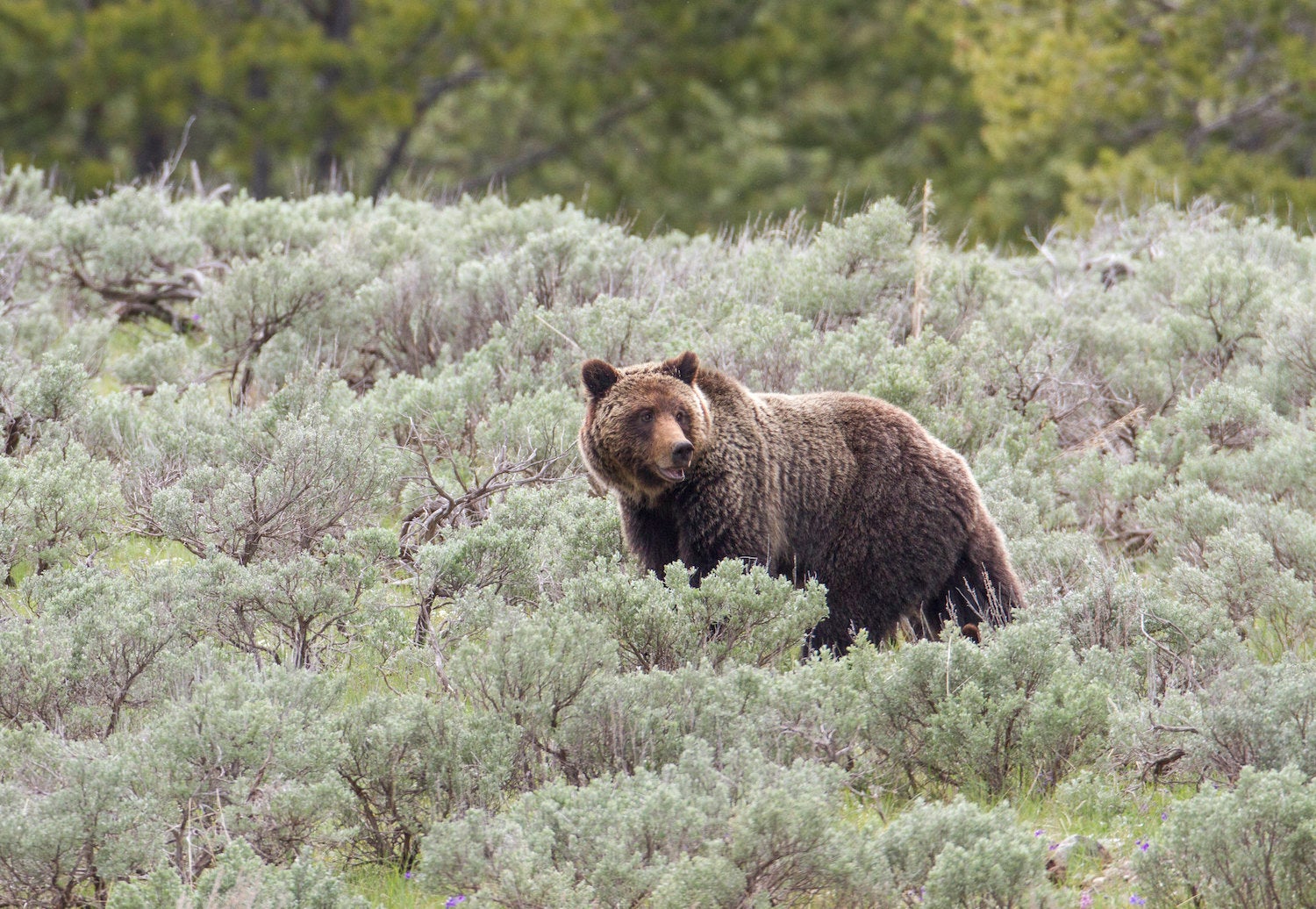 Grizzly bear hunting was banned in British Columbia in 2017 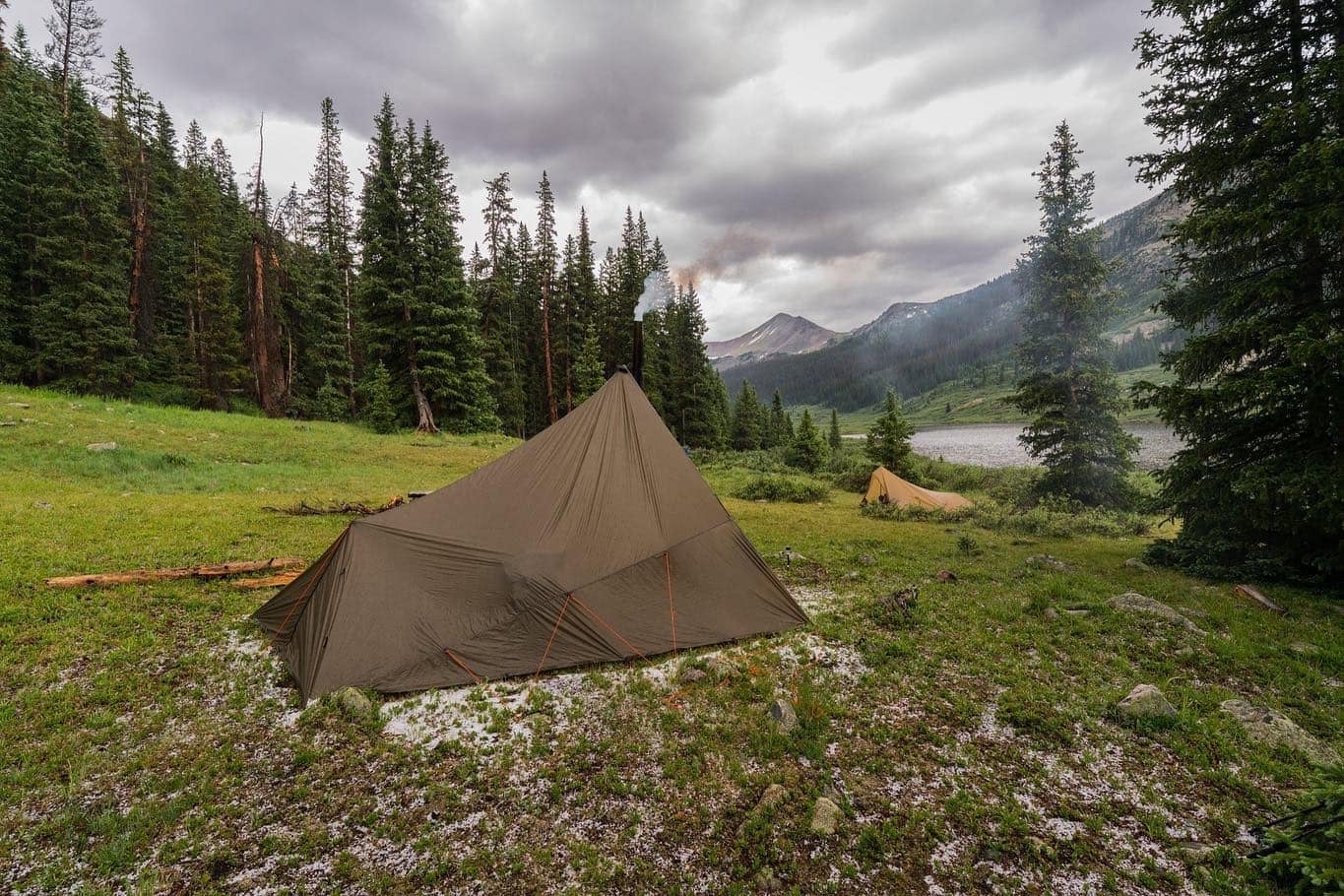