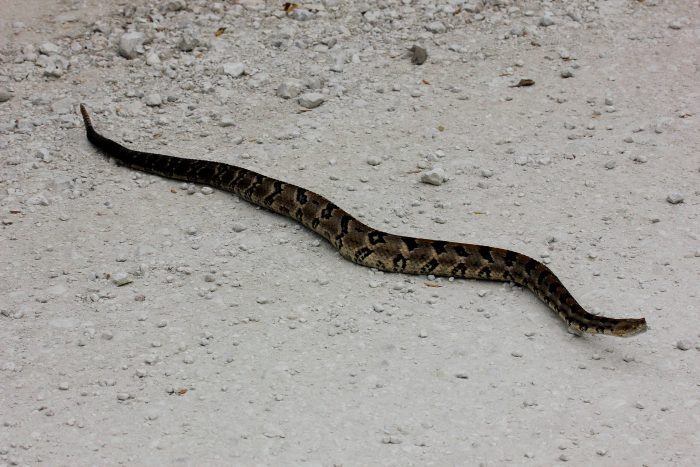 The U.S. Forest Service (USFS) is closing three miles of a road in southern Illinois this September and October due to heavy traffic…of snak

The U.S. Forest Service (USFS) is closing three miles of a road in southern Illinois this September and October due to heavy traffic…of snakes. The closure is meant to protect snakes undertaking a biannual migration in the Shawnee National Forest, 90 miles southeast of St. Louis. Each spring and fall, the slithering reptiles traverse the forest floor to reach their hibernating and nesting grounds. “They hibernate in limestone cliffs and go to and from these cliffs every year into Larue Swamp,” Mark Vukovich, a wildlife biologist with USFS, told KSDK 5 On Your Side.

Meanwhile, tourists travel from around the country to observe and photograph the phenomenon. “You’ll see a surprising number of out-of-state license plates,” Vucovich said. He advises that visitors drive carefully. But if they venture to where the snake traffic is thickest—typically along a 2.7-mile stretch of Great River Road—they’ll have to walk carefully because that section of the road will be closed to motorized vehicles. “Forest Road 345 is the number,” said Vukovich. “Everybody knows it as Snake Road. It’s just a great place to come watch snakes.”

While Vucovich stresses that it is safe to view the migrating reptiles, he points out that three of the forest’s 23 species are venomous. “The number 1 snake you’re going to see here is going to be the northern cottonmouth,” he told KSDK 5 On Your Side. “The other two venomous snakes are copperhead and timber rattlesnake. You have a good chance of seeing those.” He advises that walking visitors stick to the road, where snakes can be easily seen from a distance.

The Shawnee National Forest spans 289,000 acres between the Ohio and Mississippi Rivers on the easternmost edge of the Ozark Mountain Ecosystem. It features biologically diverse wetlands, towering limestone cliffs, razorback ridges, and oak-hickory forests. USFS says about 57 percent of Illinois’s amphibians and 56 percent of its reptiles live in the Shawnee National Forest. In addition to migrating snakes, the Shawnee has great habitats for trophy whitetails, wild turkeys, upland game birds, and waterfowl—and it’s no surprise that it draws thousands of hunters every year.

According to the St.Louis Post-Dispatch, snake movements during past spring and fall migrations used to eclipse the numbers being witnessed these days. Steve Widowski, a former USFS biologist, told the Dispatch that, decades ago, if you came on the right day, the serpent-laden Snake Road would resemble “a writhing mass of spaghetti.”

While the forest’s snake population has fallen as of late, possibly due to the illegal capture and transport of snakes as well as intentional roadkills during the migration event, Vucovich says that the road closure has helped the snakes rebound. Snake handling within the Shawnee National Forest is strictly prohibited. 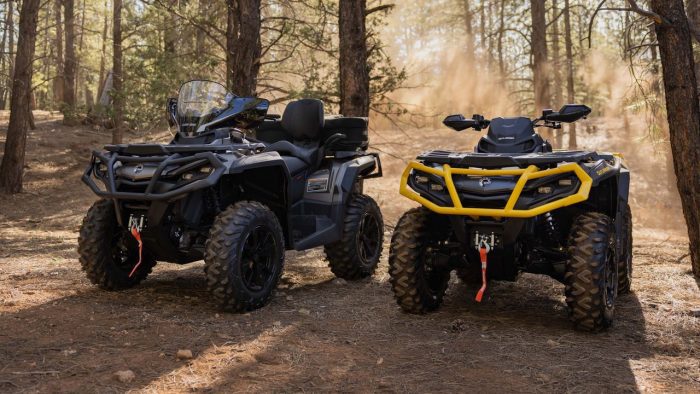 While the market is primarily focused on side by sides, Can-Am releases updates on the Outlander and Renegade ATV platforms. New for 2023 is an enti [...] 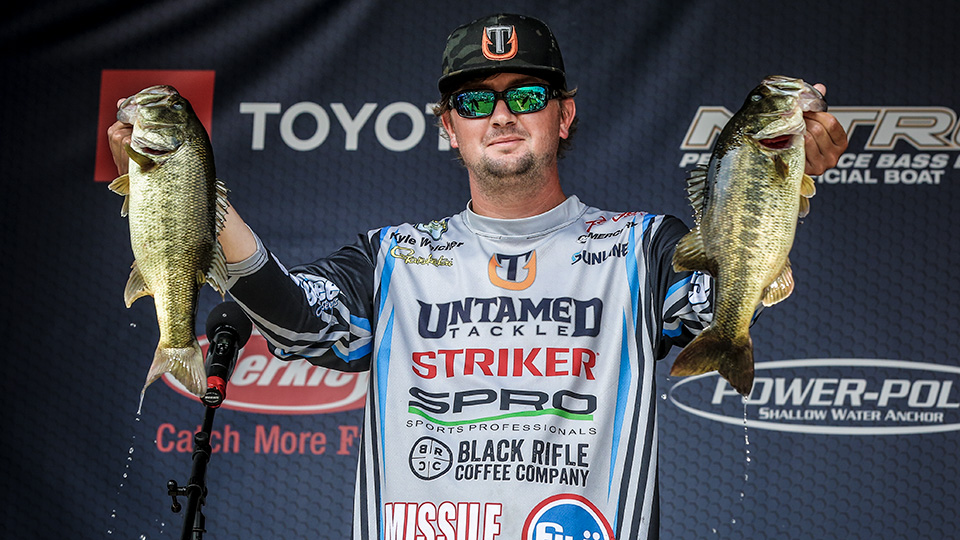 Best Wool Blankets for Camping of 2022