“So how do you feel about boondocking?”

This wasn’t what I was expecting to hear from the campground host at Kalaloch, a popular beach on Washington State’s Olympic Peninsula, when I asked about open campsites. He laughed, turned his official national park cap around backwards, and proceeded to describe the unmarked dirt roads I would need to follow inland to get to state forest and private logging land, where the rules on dispersed camping are much more relaxed than in Olympic National Park. The park’s campsites had been booked solid ever since reservations opened up on Memorial Day—a trend that has accelerated over the last few years, first as increasing numbers of camping and backpacking reservations went online, and then as the pandemic sent everyone scrambling to book vacations in the outdoors. For the most popular locations—like Yosemite National Park—you’re also competing against scripts and bots as scalpers illegally resell choice spots. Rolling out to spend some time in the outdoors without a reservation—even on a Monday, like I had—just isn’t a smart gamble anymore.

But to use the campground host’s intel, I needed to be sure I was well and truly out of the national park—something that’s not exactly marked on the side of logging access roads. So while I let my kid loose on the beach to terrorize a flock of seagulls, I pulled out the newest addition to the GPS app space: OnX Backcountry. While I’ve used a fair share of these GPS tools in the past, I never found them quite useful enough to bother with, either due to their clunky interface or because they didn’t tell me anything more than whatever map I already had on hand (and usually a lot less). Even when I did figure out how to download the map onto my phone before heading out, I would still usually pull out the paper map first.

But with OnX Backcountry, I quickly found what I was looking for: the road the campground host had mentioned—not too far from the blue dot indicating my current location on the beach—with the boundary of the national park against the state forest, both clearly labeled. Even better, at the very bottom of the offline map I had saved to my phone I could see a cliffy first-come, first-serve campground, with bright red lines indicating frequently used paths to the beach—which is where we ended up staying that night. I never got around to fishing my paper map out of the car.

How OnX Backcountry Compares to the Competition

Compared to other GPS-based hiking apps I’ve used—including Gaia GPS and Garmin Oregon 600—OnX Backcountry has an intuitive user interface. It only took a couple of minutes of poking around to figure out how to find a hike, start a track, add photos and waypoints, and then share them. Creating an offline map was also intuitive, although be careful that you don’t switch to airplane mode before your map has finished downloading (an easy mistake to make). I only spent five minutes capturing the maps that I ended up using for a camping trip around the Olympic Peninsula—helpful, since I was planning and packing everything at the last minute—saving me from a trip out to my local REI for more detailed maps.

None of this will surprise hunters, of course, as the Backcountry app leverages both the platform and much of the information found in OnX Hunt (the importance of clearly labeled land ownership lines transcends outdoor pursuits). Backpackers will also likely appreciate some of the ethos brought in from the Hunt version of the app, such as an emphasis on limiting the dispersion of personal data: if you share the track to your favorite off-trail lake with a friend, that person cannot share that track with anyone else.

Backpackers should know, however, that, similar to Garmin and Gaia, using the track function over multiple days is going to decimate your phone’s battery. Just using the app periodically to confirm your location, or to navigate a tricky section of trail or intersection—the highest and best use for an app like this—won’t wear it down excessively, but it was on track to wipe out my Pixel 2’s battery in less than eight hours when used with the tracking function turned on. Android users should also note that their phones may have glitches with the tracking anyway—mine would stop tracking for as long as an hour at a time, and then update the track with a long straight line connecting it to the most recent waypoint—something that OnX says can happen with Androids. If precisely tracking your hike is high on your priority list, one of the best GPS watches would be a better choice.

Using this app to track my position against an existing GPX track, however, worked perfectly. Most users will find the existing trail routes in the app to be all that they need—the most popular ones are easily identified as thick blue lines on the trail that switch to a heat map coloring (indicating which trails are the most heavily trafficked) as you zoom in. More advanced users have the option to import a track (GPX or KML) into the app or draw one using either the free-draw or the point-to-point tools. While this isn’t at the level of something like CalTopo—the ability to edit an existing track or create a high-res download of a track or map to print, for instance, was missing—users that are just starting out creating their own tracks will find this significantly easier to navigate.

However, even if you’re not out to create your own backcountry routes, the sheer amount of detail here is impressive. For instance, when I zoomed into Stehekin, Washington, the app not only correctly directed users to the Lady of the Lake ferry service (the only way to leave this off-grid community that doesn’t involve an all-day hike), but also showed the location in town of the laundry and showers. This level of granularity wasn’t always replicated across the platform—many of the trailheads for popular backpacking trips on Washington’s Olympic Coast redirected users to an informational page on the Daniel J Evans wilderness, rather than the official national park website, which would have explained the process for securing an overnight permit.

Part of the reason for the hit-and-miss information is that OnX creates their own maps from the ground up, rather than starting from existing (and too-often outdated) USGS maps. The foundation for much of the granular detail in OnX Backcountry (such as the location of the Stehekin laundry) is from their acquisition of the Outdoor Project—a well-known and impressive collection of user-created guides and updates to the most popular (and not so popular) trails and outdoor destinations across the country. If you’re used to the quality of content provided by free apps like AllTrails, this is a serious upgrade. In addition, OnX Backcountry also has a dedicated team updating and vetting information on a yearly basis, based on user-noted discrepancies and their own research and fieldwork. So in theory, this app will only get more detailed over time.

Adapt on the Fly

Bot-infested online reservations and crowded trails haven’t been the only new trends affecting campers and backpackers’ ability to get outside: There’s also the fires, and the smoke, especially out West. What’s frustrating about these developments is how difficult it can be to assess what a change in conditions really means. Sometimes smoke in the air is from a nearby fire; sometimes the fire is hundreds of miles away, or even in another state. Even a hazy sky doesn’t necessarily mean that the air quality on the ground is deteriorating, as sometimes the smoke is far enough aloft to make outdoor activities safe, even for at-risk groups.

So no surprise that one of my favorite features of OnX Backcountry is that it can pull in real-time information about the current location of fires, air quality measurements, and smoke conditions onto the same map, providing that big picture view that can promote good decision-making and peace of mind. I also liked that there was a feature to view the location of historical fires, as that provides important context to the terrain you are likely to encounter in a given area.

One of the most promising features of OnX Backcountry is their partnership with the satellite messaging service, Somewear. This partnership means they can now provide location-specific weather updates when you’re off the grid—a useful feature that I’ve used on the Somewear app in the past and been impressed by the accuracy of. More interestingly, this partnership will also allow users with separate Somewear accounts to share waypoints with one another via satellite messenger.

The data layers (trails, fires, smoke, land ownership, air quality), partnerships like the one with Somewear, and emphasis on data security (versus easily sharing via social media), set OnX Backcountry apart from the existing field of popular GPS tools for hikers and trail guide apps. And I’m excited to see where OnX pushes this platform in the future. Out on the Washington coastline—where the occasional tsunami evacuation sign reminds you of a different kind of backcountry threat—I kept wondering about other layers that could be added in the future. Could the satellite partnership also provide warnings to people in the event of a seismic event, like you would expect to get on your smartphone in the frontcountry? Could OnX update their maps to provide information on where the nearest tsunami evacuation route is, including for backpackers? Could there be an option to download tide charts offline in the app itself, and could the maps include information about what tide levels the headlands could be safely navigated at? But even as it stands now, the tools in OnX Backcountry for managing complexity make this a smart choice for anyone already using a smartphone in the backcountry. 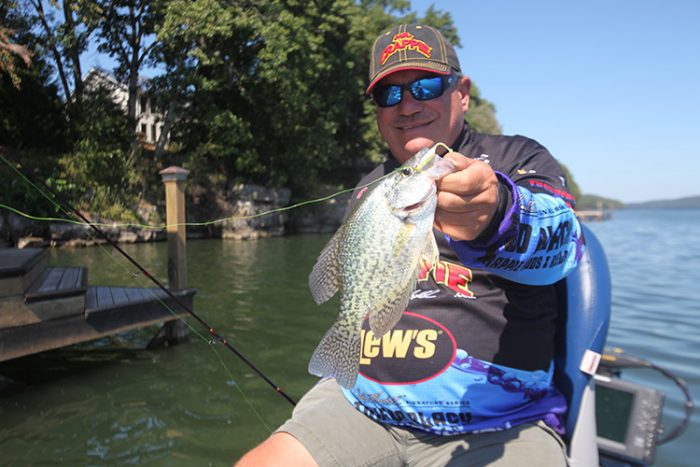 Next
Just got back from a trip past the Arctic Circle & Coldfoot!

Just got back from a trip past the Arctic Circle & Coldfoot! 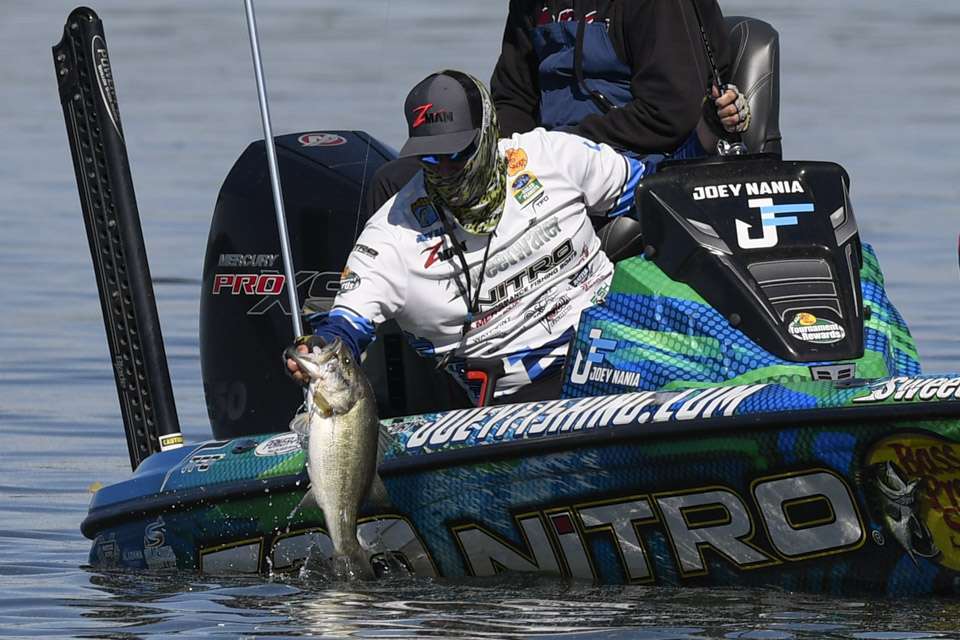 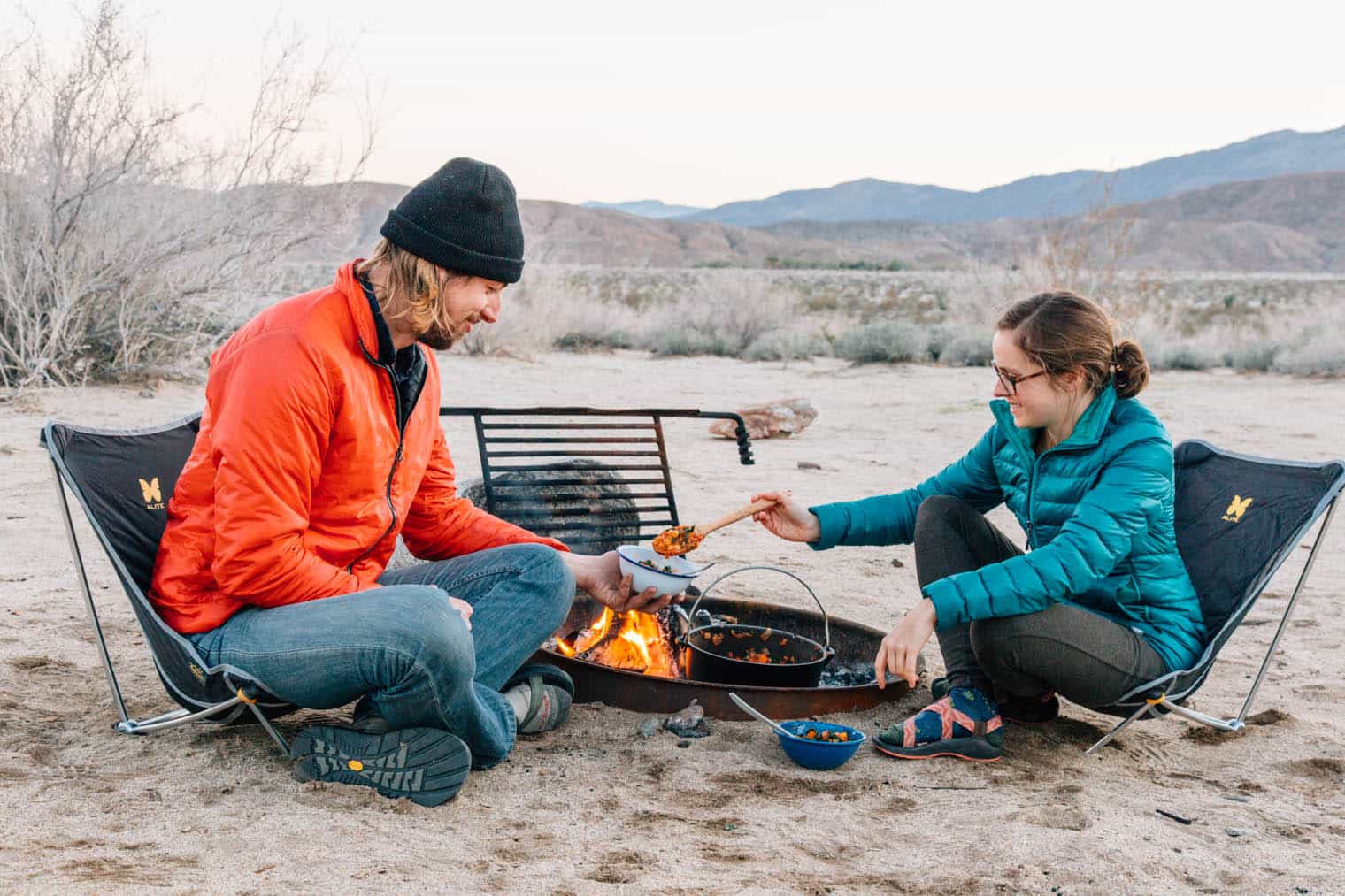 After a long day exploring the outdoors, finding the energy to cook a proper 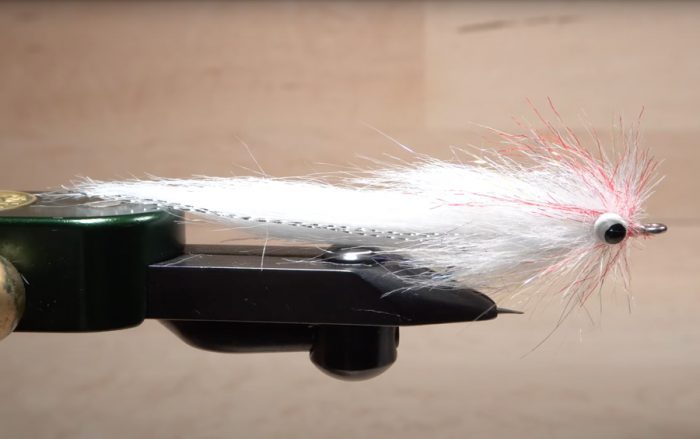 Video: How to Tie the Saltwater Frozen Fox