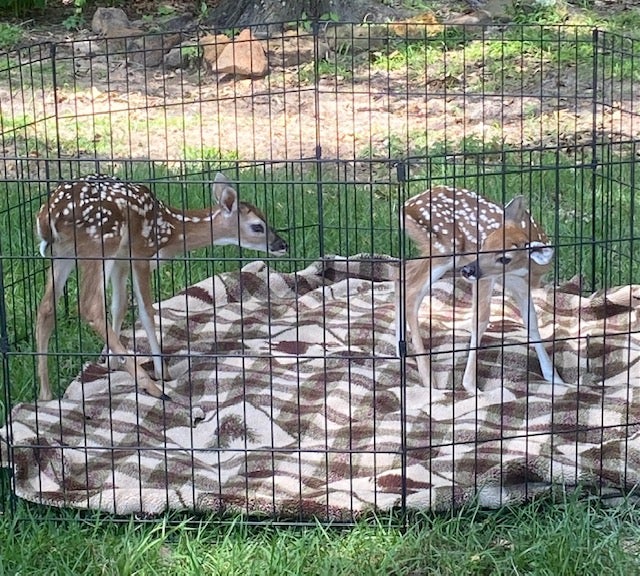 Two drivers in Texas witnessed an unbelievable event last Friday when a pregnant doe was struck by a vehicle on the highway and gave birth to twin fawns on impact. Both fawns somehow survived, and a wildlife rehabilitator called the circumstances of their birth “nothing short of a miracle.”

The accident occurred at 11:15 a.m. on June 3, KETK News reports. One of the driver’s dash cameras captured the entire sequence of events, which began when the pregnant deer ran in front of a truck that was driving northbound at full speed on Highway 110.

In the video, which has since been uploaded to several news sites, the whitetail doe appears to die immediately. But a closer look reveals two small forms shooting out of the doe’s body as it slides across the roadway. Somehow, the southbound vehicle, driven by BJ Franchieseur, manages to miss all three deer.

“You can actually see that I had one that went right in between my two front tires and I kind of centered over the second fawn to come out,” Franchieseur told reporters. “I completely avoided the momma deer, and I went right over the top of the baby.”

Both drivers called in the incident, with Franchieseur reporting the one fawn that he found lying in the middle of the roadway. When game wardens with Texas Parks and Wildlife came out to the scene along with an animal rehabilitator, they found the other fawn in a ditch off the shoulder of the highway.

Read Next: Video: Deer Crashes Through a Window, Wrecking a Flower Shop in Alabama

“I grabbed that baby, and he was covered in ants and was slimy and shaking. He’s the little one of the two,” said animal rehabilitator Dawn Russell, who named the smaller fawn Cannon and the other one Comet.

“He shot out of her and slid across the pavement and landed in the ditch,” Russell continued. “That’s the one that I luckily found. The mother spun around on the road on her side, and in the video, you see Comet come out.”

Russell tells Outdoor Life that both male fawns were injured but are expected to recover. One had some head and eye trauma, she explains, while the other suffered a broken femur and is undergoing surgery later this week.

She adds that if it wasn’t for the video recording, the whole ordeal would be almost impossible to believe.

“It’s just the craziest thing that just at that right moment, there was somebody coming through there with a dashcam,” Russell says. “It was the wildest, most miraculous thing I’ve ever seen.”

Rats Are One of Alaska’s Worst Invasive Species

Invasive species are a dime-a-dozen these days, but rats in Alaska aren’t exactly hitting front pages. Despite being one of the most commo [...]
Fishing 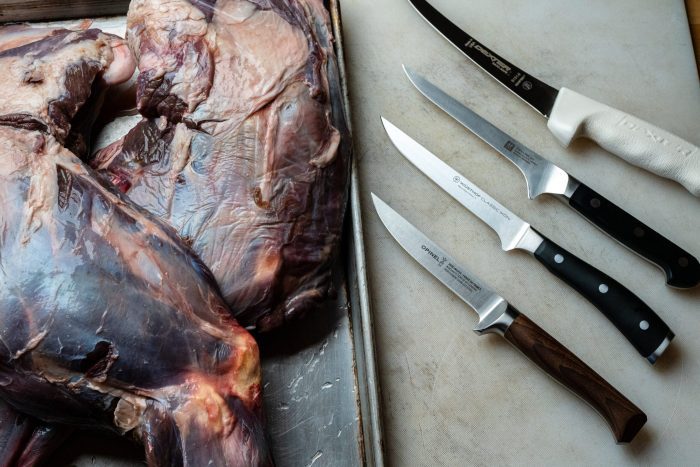 Published Jul 20, 2022 1:00 PM Hunters demand the best boning knives for butchering their game. Once the [...]
Copyright 2022 Everest.com. All rights reserved