Trace Cooke’s well of motivation, passion and drive runs deep. The 26-year-old skier hails from Nelson, British Columbia, where the only people who might love skiing more than Trace share his last name. His father, Dan, a die-hard fixture at Whitewater Resort, skis just about every day of the winter. And Trace’s mom, Sharon, isn’t far behind. “They ski first chair to last chair,” says Trace. “When I ski with them, I try to get them to quit early, but it never works. They kick my butt.” Cooke’s sister, 23-year-old Violet, is a former big-mountain competitor who placed sixth at World Juniors in Andorra in 2014.

The family’s enthusiasm for skiing helps explain Cooke’s unwavering love for the sport. So does his home ski hill: a three-chairlift, end-of the-dirt road, sack-lunch-welcome anti-resort. Whitewater is known for its varied terrain, from pillow fields and steep tree runs to cliff zones and open bowls, and for its tight-knit, eclectic community. From a young freeskiing phenom to a big mountain champion to a film star, Cooke’s ski career has evolved through the years, but “career” doesn’t cover it. Cooke lives to ski, and it shows. Cooke feels the most at home—feels his true self—in the flow state, and he finds it most often on skis.

Fischer, Cooke’s sponsor since 2016, recently launched Process Behind The Passion, a short film by Ryan Fletts. It shows how the Nelson community and mountains shaped Cooke and fellow Nelson skier Chandrima Lavoie and their shared passion for skiing. It’s the fourth short film Cooke has produced with Fischer in two years, starting with The Kootenay Kid in February 2020, which documented Cooke’s return to his home ski hill on an epic powder day after years of traveling the world to ski and compete. Other episodes shed light on injury recovery, mental strength and how the pandemic emphasized the importance of community.

While Cooke produced his first film, Rising From My Roots by Tristin Martin-Preneys, in 2019—the same year he appeared in Matchstick Productions’ Return to Sender—his film career really began at age seven, with a cameo in Bill Heath’s cult-status film and festival winner Sinners. “I didn’t know it was a big deal then, but it’s still a movie that people in Nelson will throw on before a powder day,” says Cooke.

That’s about the age Nelson skier Sam Kuch met Cooke, the older kid who was good at everything, from hockey to rugby to running—he won an award for “most athletic” in high school. They started skiing together about five years later. “Trace was the hot shit at Whitewater when I was growing up,” says Kuch. “All my buddies and I looked up to him like crazy and would chase him around the mountain. He was my biggest inspiration.”

Process Behind The Passion shows how the Nelson community and mountains shaped Cooke and fellow Nelson skier Chandrima Lavoie and their shared passion for skiing.

Cooke never joined the race program. Instead, he searched for ways to get his skis off the ground, whether that was via jumps, cliffs or steeps. His parents knew Cooke wasn’t interested in perfecting his turn or chasing gates. So, they let him roam free.

Ian McAdams, owner of the iconic Village Ski Hut in Nelson, says six-year-old Cooke skied like he was 18. “He’s always on balance and skiing beyond his age,” says McAdams, who started sponsoring Cooke when he was 13 (Village Ski Hut still sponsors Cooke and Kuch, among other ripping locals). When McAdams learned Fischer was launching a freeride program, he told the brand that they needed to sign a kid named Trace Cooke.

By the age of 13, Cooke had still never skied with a coach. But when what’s now known as the Whitewater Freeride Team started its first program on a 16-inch powder day, and the sign said club members could cut in the lift line, Cooke gave it a go. “The energy we felt was amazing, and the runs we did with the team were some of the craziest runs we’d skied,” he says. “It pushed us and kickstarted something special.”

Cooke’s summer gig as a forest firefighter give him an intimate knowledge of the wildlands around his home in Nelson, British Columbia. A perfect combination for tracking down fresh snow come winter.

Program co-founder and coach Peter Velesik remembers the day well. “We had all these charging groms, but Trace stood out because of his talent, his good energy and his willingness to learn,” says Velesik. “He had—and still has—a natural stance and style that’s not regimented and really fluid. He didn’t have a race or bumps background, so he has his own special turn.”

In 2009, Cooke heard that his local ski idol, Travis Steeger, was headed to Red Mountain to compete in a freeride competition. Cooke’s dad found details: it was the Canadian Freeride Open, and Cooke could compete. Cooke watched Steeger throw down and gained inspiration for his first competition run. “Travis said my run was sweet, and I was star struck,” says Cooke. Later in the season, 19-year-old Steeger was killed by a hit-and-run while crossing the street in Fernie after a ski comp. It was a tragedy that fueled Cooke to keep competing.

Trace Cooke knows seeks out the flow state every time he clicks into his skis.

The following season, Cooke returned to the comp and placed second. Then, he won a junior big mountain event at Lake Louise. Cooke’s winning runs included technical tricks, exciting airs, big, fast turns and consequential straight lines. As he hit his late teen years and gained more power, he dialed up the speed and launched off anything, gaining a reputation for his ninja tree skiing and unbelievable landings.

But Velesik thought Cooke’s ability to perform under pressure was unique. “One of the things I noticed early on, was Trace’s ability to harness his own energy, his nervousness, and spin in it into a positive force for his skiing,” says Velesik. “You could see him get in the zone and tap into his own power and strength.”

Cooke credits it to a routine he and Velesik developed, which they called the “power stance”. Cooke would find a quiet place near the start with a beautiful view. He’d plant himself on the ground, and slowly feel the energy of the mountain both calming him down and firing him up. Then, he’d try to avoid any interference until his run. When executed correctly, the only thing he’d hear at the chaotic start gate was his own breathing. On tour, surrounded by helicopters and film crews and stars with entourages, it became harder for Cooke to find his power stance. But, he says, “the moments I was able to get into flow state brought my best runs—the ones where all I heard was my breathing and my skis chattering on the variable conditions.”

A former big-mountain competitor, Trace Cooke now focuses his efforts on film projects and working closely with the team at Fischer skis to develop the next generation of freeride skis.

Cooke went on to win the IFSA North American overall title (males, 15-18 years old) in 2013 and spent the next two years qualifying for the Freeride World Tour, winning qualifier events in Verbier and Chamonix along the way. “The comps became my obsession—I wanted to spend the rest of my youth chasing them, for not just podiums, but to travel the world and be a part of the evolution and change of big mountain freeride comps.” Cooke placed 15th in the FWT overall standings in 2016 and 18th in 2018. In between, he placed first overall in the Freeride World Qualifier Americas Region.

Cooke had spent five years after high school chasing his competition dreams, but his mind craved something new. He tried school, then a forestry program. He arrived at a crossroad in his career. It hasn’t been easy—injuries (he just had his third knee surgery in October), the tough mental game, growing older and the pandemic had all brought challenges.

The only people who love skiing more than Trace Cooke might be the ones who share his last name.

Luckily, Cooke’s annual summer job of wildland firefighting keeps him physically and mentally ready for anything. “He’s an insane worker—he won’t leave until the job is done,” says Kuch, who fought fire with Cooke last summer. “It was the end of the season, and people were getting beat down, and I don’t think I saw Trace sit down once.”

Cooke usually firefights July to October, with minimal days off. There have been times where he’s worked 28 days straight of 16-17-hour days. “You can train all you want in the gym beforehand, but we call it bush fitness or bush legs,” says Cooke. “You really can’t train for it.

Cooke loves the mix of adrenaline and hard work, and the calculated problem solving that goes into falling dangerous trees. Last summer, he was a task force leader, in charge of a handful of crews and running his own controlled burn-off. Next summer, he’ll return for more.

Lucky for the ski world, firefighting in the summer months enables professional skiing all winter long. Plus, Cooke has too much talent to share and too many aspirations to transition away from the sport just yet. He’s dreaming of a sail-to-ski trip from Vancouver Island to Alaska; of skiing the north face of Mt. Monkey with Kuch; of capturing creative ski footage that reflects his style and goals; and of returning to Austria to create content with his ski sponsor, Fischer.

“There’s still a burning fire in him to continue pursuing skiing,” says Kuch.

What’s clear at this point in Cooke’s career is that he doesn’t take anything for granted. No matter what’s next, he’s gained the tools to find the flow state, on or off his skis.

Prev
Terrain 365 Turns to the Barlow Again with the Caiman 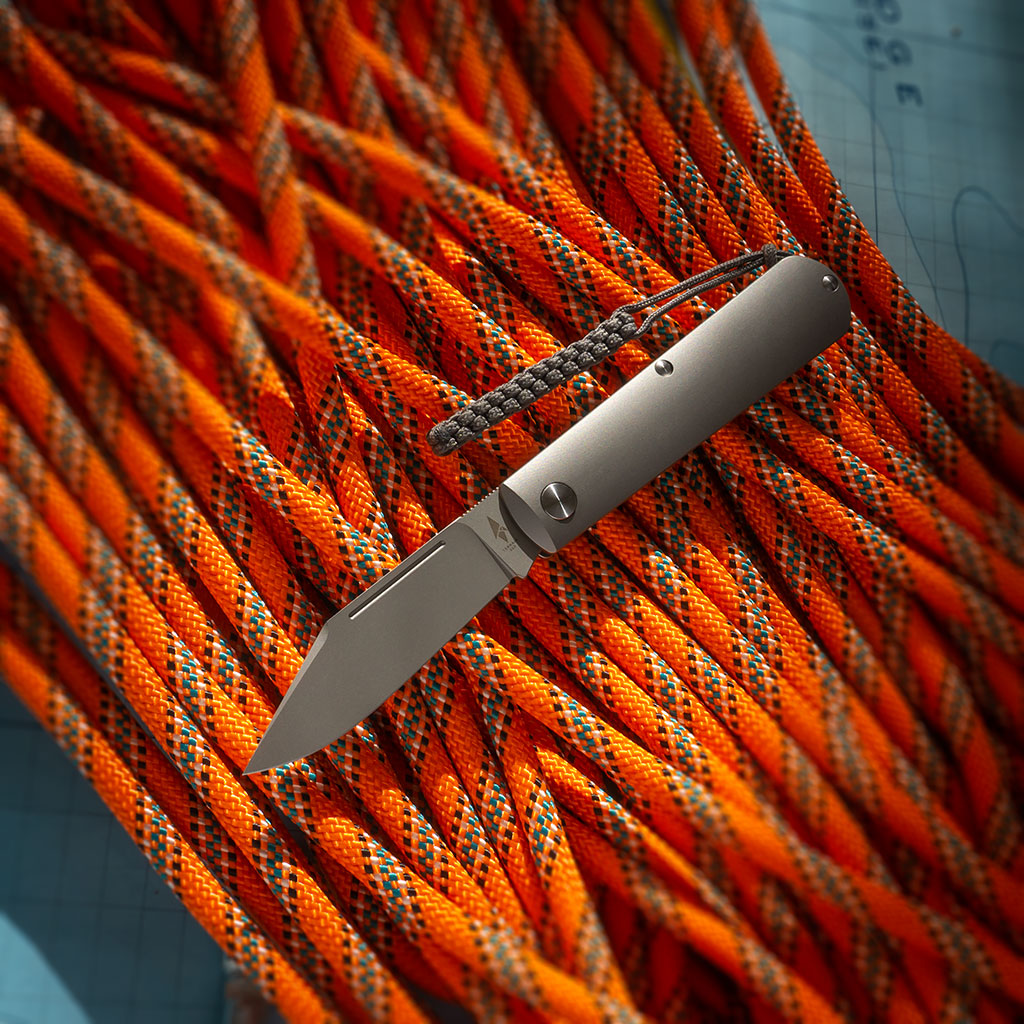 Terrain 365 Turns to the Barlow Again with the Caiman

Terrain 365 named its first slipjoint, the Otter, after the most famous member 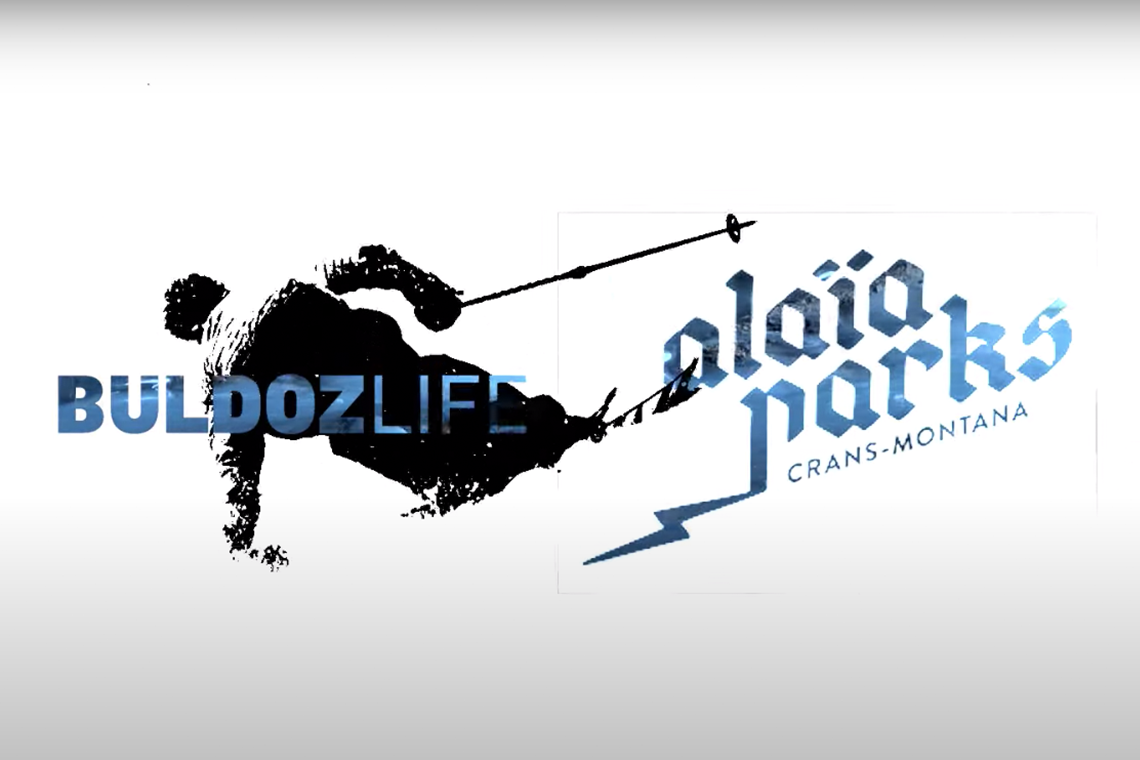 Come for the skiing, stay for, well, the skiing of course 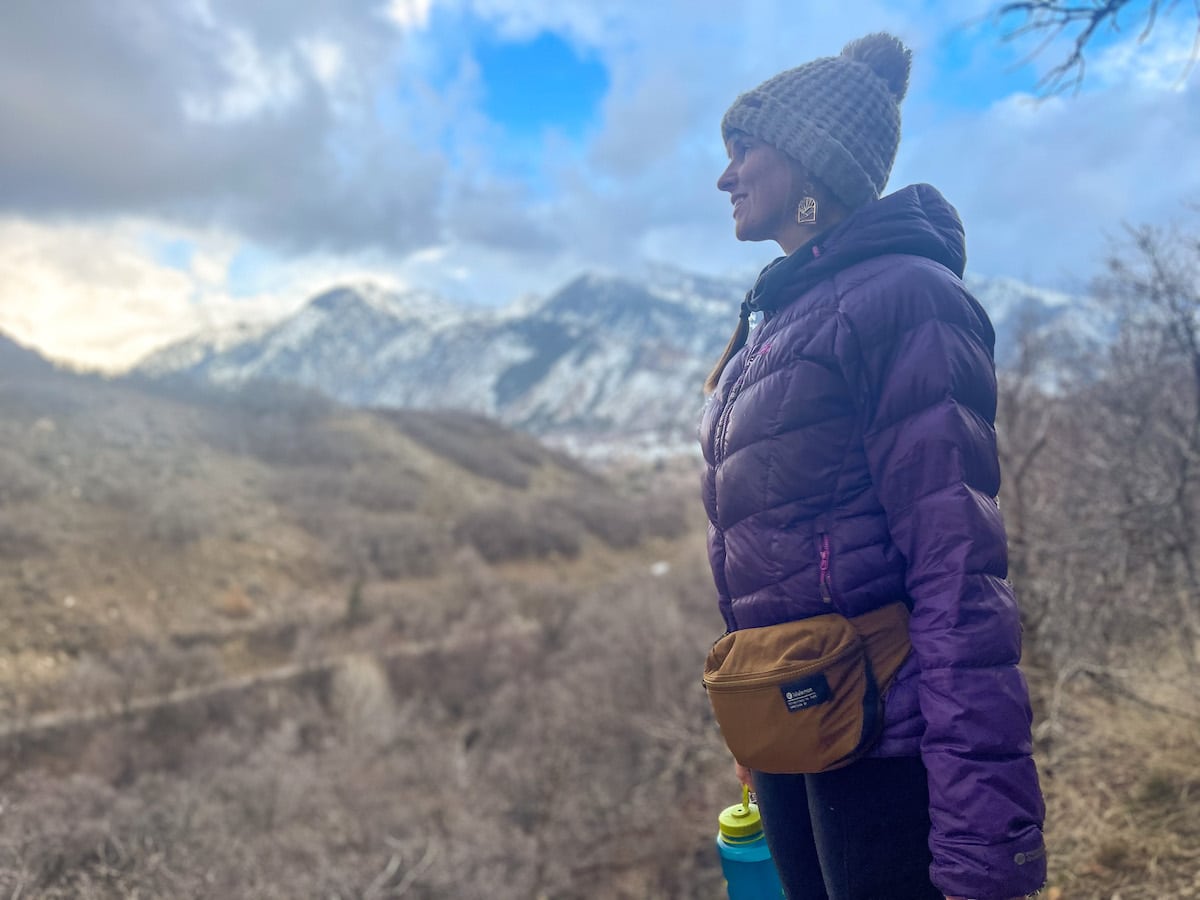 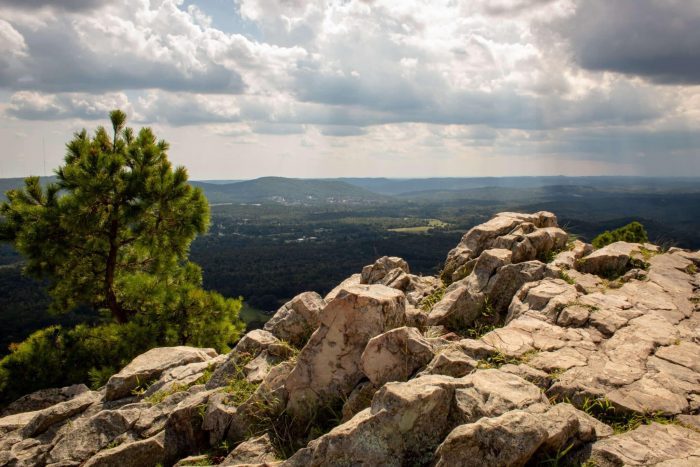 8 Memorable Adventures In Arkansas You Need To Go On 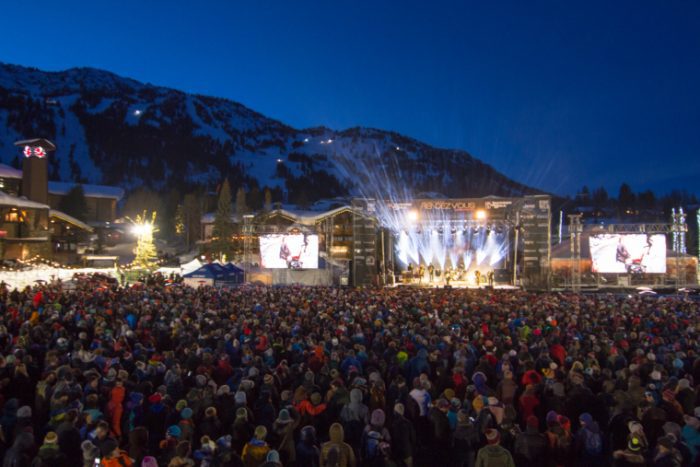 Pack your ski boots and your dancing shoes, the 2022 Rendezvous Festival returns to Jackson Hole