The sweet spot for a fly rod is found at the intersection of power, precision, and playability. “Playability” is a great word to use here because it allows a continuation of my alliteration, and stringing words together in entertaining combinations is what I do. But what I’m referring to is the feel of a rod while the fish is on the line. That’s what we’re out there for, right? You can say it’s all about the eat, but then we can tally the four-letter words spewed forth after a fish comes unbuttoned and call you a liar.

We want to feel the headshakes and churning tail fins deep down in our cork handles. We want to see our rods bowed into a crescent as the tip throbs and we wonder in either wide-eyed or wishful suspense whether or not the leader — or even the rod — will endure. This holds true whether we’re hooked up to a black marlin out on the deep blue sea or an 8-inch brookie on a stream we can step across. We want to stand on the edge of control but still stay in control, and we typically choose our gear with at least one eye toward helping us straddle that line.

That’s a way-too-wordy way of saying I likes to feel ‘em tug. And it’s the reason I’ve been exploring lighter rod-weight options to my standard 9-foot, medium-fast, 6-weight smallmouth rods. Most of the time a six is perfect — plenty of muscle for bulky flies and tussling with the occasional bruiser in a tight spot, but still enough flex for maximum fish feels with the smaller bass. But after that last 10-inch smallmouth, I wondered if I could somehow enrich the experience, add a tiny element of suspense to what is typically a foregone conclusion. So I started thinking about a 5-weight on bigger waters with typically bigger fish.

It’s not like using a 5-weight would take me right into the danger zone with big fish, but I’ve latched onto a few smallies with shoulders that used their heft and available cover to overpower even the six, and a lot of fives just don’t have the spine for my favorite flies. So what I needed was a 4-piece, 9-foot, 5-weight that allowed me to hedge my bets a bit. And I think I’ve found it in a gorgeous little package from Douglas called the Upstream Plus.

I ask my smallmouth rods to cover a sizable spectrum of flies — size 8 weightless streamers and dries on up to size 2 long-shank, dumbbell-eyed, animal-furred bottom dredgers. I was prepared to give up a little power and therefore a few fly options with the Upstream Plus, but that concession was not needed. It could throw them. All of them. Of course, the loops were a little looser and the precision not quite so precise with the heaviest flies, but both losses were within an acceptable range. Impressed is an understatement. Douglas says the Upstream Plus is a beefed-up version of the Upstream made with “modern, progressive actions for refined performance.” Sure, “better” is subjective, but the other two are semi-quantifiable. I can’t quantify them because I’ve never cast the plain ol’ Upstream. But the USP is a stout and upper-medium-fast rod that shies from no meaty flies.

The Upstream Plus possesses suppleness, too. Granted, my warm-water fishing rarely requires the softest of touches, but when I wanted a quiet laydown on still waters, the Upstream Plus delivered. Though the rod really comes alive with more line in the air, short precision casts with smaller offerings are within its range of expertise. I see this as a strong indication that the USP will see plenty of action on trips out west for trout as well.

Striking yet Understated and Timeless Beauty

We’ve got to talk about that incredible color. It’s a chartreusey, bambooish, almost guacamole shade that looks retro in many respects. Douglas says it’s supposed to hearken back to the days of tonkin bamboo, but us Gen-Xers know a 70s-era interior staple when we see one, and I totally dig it. Everything else about the rod’s looks — clear wraps to mimic the joints of bamboo, glimpses of naked graphite ferrule at rod intersections, black nickel guides, dark aluminum hardware that snugs your reels up tight and secure, high-quality cork, small-font/old-school branding — veers strong toward the understated. In total, it’s a sexy package that will absolutely start a stream-side conversation with both the envious and the offended. Conversations near the water are usually events I actively work to avoid, but I think fishing with and talking about the Upstream Plus will give me the appearance of having culture and taste amongst my fellow anglers. So while I won’t exactly be happy to chat, I’m all about expanding the pretense.

It also has a horizontal hook keeper which makes securing a fly on it noticeably easier. This strikes me as a counterculture move. One that I’m completely down with.

As a mostly blindcaster, I’ve never understood gripes about an ounce here or there. But the Upstream Plus in my 9-foot 5-weight configuration is only a feathery 2.6 ounces.

At an MSRP of $549, the Douglas Upstream Plus is solidly in the middle of the pack, but I think it can hang with some of the elites in this industry that cost nearly twice as much. It’s a great value, and the fact that it would be supreme at switch-hitting (bass and trout) makes it even more so.

I really want to find something to complain about for the sake of integrity. Alas… nothing comes to mind. But I’ll spend as much time as possible with the USP this summer in an effort to uncover flaws. It’s got to have flaws, right? I mean, no rod is perfect.

The Douglas Upstream Plus might be my new favorite rod. It’ll definitely be riding in the truck no matter where I go and will likely see duty in waters I once deemed too vast and populated with big fish for any 5-weight. The Upstream Plus has changed my mind about the capabilities of its weight class and has done so with an uncommon snazziness and charm.

BUY THE DOUGLAS UPSTREAM PLUS

Prev
The Softer side of Moab, Utah : overlanding

The Softer side of Moab, Utah : overlanding

When most people think of Moab the term “rock crawling comes to mind”, but I

Next
Kayaker Ben Stookesberry Over the Edge and Behind the Scenes 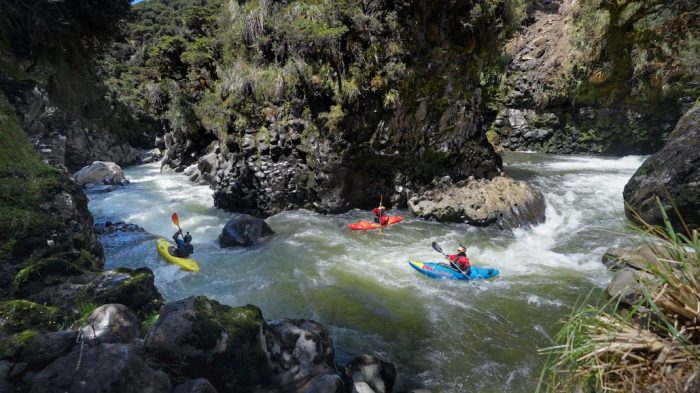 Kayaker Ben Stookesberry Over the Edge and Behind the Scenes 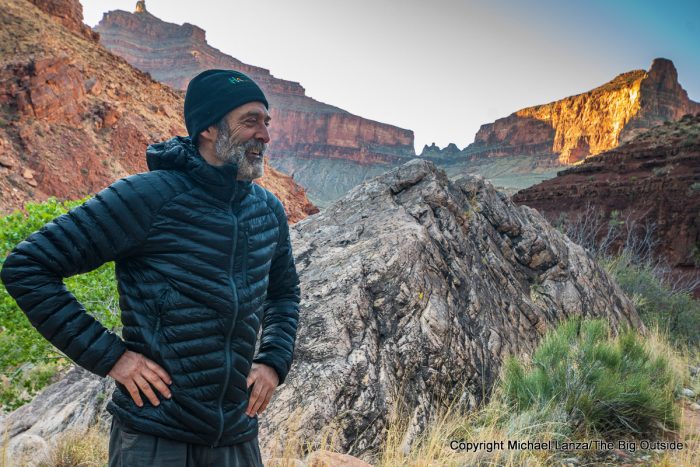 Alaska produces some monster kings, such as this Kanektok River beast