Sometimes, it’s fun to live dangerously. You know … like when you cast a fly over a fish you’re probably better off leaving alone, for the sake of your gear, if not for the ire you might incur should something go wrong.

Like when the magazine editor who assigned you a fly rod review watches as you intentionally swap out your bonefish rod for your barracuda rod, and he realizes you’ve geared up the only fly rod of its kind in North America for some rough-and-tumble popper fishing for a toothy ‘cuda that’s harassing a school of bones.

“You’re using that as your ‘cuda rod?” he asked me, a boat away. He and our mutual fishing buddy were 40 feet from me and my fishing partner for the day, Jock. They watched as I safely tucked away the rod I was using to cast to bonefish and pulled the Snowbee Prestige G-XS SW from the storage tube, visions of a giant barracuda clearly dancing in my eyes. “I told you it was the only rod of its kind in this hemisphere, right?”

“Can you think of a better way to test it?” I asked him, sensing his anxiety as I pulled line from the reel and scanned the school of bones for the sly, 20 pound barracuda that kept appearing and disappearing, seemingly at will.

“Don’t break that rod, dude,” he said, shaking his head.

“Relax, Margaret,” I heard Jock say from the bench seat behind me. He had my back. I was grateful. And of course, he, like me, understood that it wasn’t my rod. The manufacturer sent it for me to test over the course of a weeklong flats fishing adventure. And test it I would.

I spied the ‘cuda, slyly moving about the edges of the bonefish “mud,” just waiting for one of us to hook one of the rocket-fast bones and get the fish to panic. That’s when we all knew the big predator would turn on its own jets and likely slice our preferred flats fish in half. And nobody really wanted that to happen.

Barracuda in sight, I made a false cast, loaded the fast and sturdy rod, and launched a nice cast over the mud and watched as the big popper plopped into the salt about five feet behind the target fish. I gave it a quick strip and the topwater fly gurgled oh, so sweetly.

I watched as the ‘cuda turned to glare at the fly. It didn’t give chase, though, and in a split second, I figured out why.

Off to my left, hidden perfectly in the shadow of the boat upon which Chad and Earl were sitting, an 8-foot lemon shark, also clearly lurking in hopes that one of us would hook a bonefish, moved on the fly.

But I was too late. The shark was on the fly, and I watched in both horror and awe as its big, olive-green head with a mouthful of razors erupted from the water and crushed the popper.

“There goes the Snowbee,” I heard muttered from the other boat.

But I had bigger things to worry about. Much bigger. I looked back at the guide who stood on the polling platform shaking his head.

OK, I get it. I shouldn’t have made the cast. But, like I said, sometimes it’s fun to live dangerously, even at the potential peril of the sweet Snowbee saltwater rod that was about to get the workout of its life.

The Snowbee Prestige G-XS SW rod is a pleasure to fish. And, yes, believe it or not, it did technically land that big lemon, albeit with the help of the guide, who climbed down from the platform and gave chase with the motor, allowing me to retrieve my backing and, eventually, get my leader knot through the rod’s tip-top. The shark thoughtfully spit the hook a second later, and that was that.

Appearance
It’s also a handsome rod — its pearlescent blue blank is easy on the eyes, and Snowbee put time and effort into building the rod with quality hardware, from titanium stripping rings to hard chrome snake guides. It’s reel seat is a light-weight “satin finish” aluminum that’s resistant to corrosion — the rod is constructed from its tip-top to its fighting butt to stand up against the elements in a saltwater fishing environment.

Weight
What the battle with the shark revealed to me about the rod was what Snowbee claims is its “hidden energy.” I’ll be honest — when I first cast the rod and used it to fish for bones, permit and triggerfish before prepping it for barracudas duty—I was worried that it might be a bit slight for the conditions. It just didn’t feel “8-weight heavy.” That turned out to be a good thing. The GX-S may feel surprisingly light but make no mistake, it’s a big-fish fly rod—even if your shoulder won’t know it after a day of casting.

The Prestige GX-S SW is fast, but it’s also responsive, with a tip flex that not only gracefully loads the rod, but helps deliver accurate casts in the elements. On this particular flats trip, we dealt with solid 20-knot winds at times, with gusts likely pushing 30. The G-XS SW helped me put a crab fly right on a trio of permit cruising behind a stingray in face of a brutal headwind, and it proved to be quite the launcher, as I was able to hook and land a picky triggerfish after making easily my best cast of the week.

The rod’s secret might be in its graphene construction. Graphene is a fairly new material in fly-rod construction, one that is purported to be dramatically stronger than carbon fiber, and one that continues to pop up in newly-developed rods—many of which have become coveted instruments. Graphene is actually a carbon allotrope that contains numerous double bonds that overlay each other. The lay explanation is simple — it provides more strength in a lighter package. If you’re into chemistry and engineering, Google can help you find a more detailed explanation as to why graphene might become a standard fly-rod manufacturing material in the very near future.

Makes a good cast even better
UK-based Snowbee’s saltwater Prestige GX-S felt to me like it took the best of what I could do on the flats — while I’m no slouch, I’m also not a flats-fishing savant — and made it a bit better. Most of the time, the hallmark of a good rod is one that gets out of the way, one that “disappears in your hand,” as my friend Todd Tanner would say. When a rod genuinely feels like it gives you a performance edge? Well, that’s a high compliment for any rod.

Versatility
While the Prestige GX-S SW repeatedly proved its mettle over the course of the week with bonefish, triggerfish, and more, I couldn’t help but imagine just how well this light, fast rod would work on fish that I get to chase much more often than the denizens of the tropical flats.

“This would be a great carp rod,” I told Jock as the shark finned away to find another school of bonefish to harass. I envisioned the Snowbee in hand as I pushed long casts in the stiff easterly breeze that’s common in the spring along the Snake River Plain. A fast rod that has a nice little sweet spot for accuracy in the wind — that’s what I’m after when I’m casting to carp, and that’s what Snowbee has delivered with the GX-S.

Not for beginners
The G-XS SW is a rod designed for intermediate and experienced anglers who have experienced casting in the challenging conditions common to saltwater fly fishing. For those with fewer angling days in the salt, picking up the rod’s tempo and finding its sweet spot for long casts might prove difficult. For more experienced casters, however, the G-XS SW is highly recommended.

The Prestige G-XS SW is new for 2022 — it’s Snowbee’s signature saltwater offering, and it’s one that should be on your watch list. It retails for $759, which makes it more affordable than most other fast-speed, predator-class, flagship saltwater rods on the market—including the limited number of other graphene-built options out there.

It’s a surprisingly lightweight, accurate performer that excels at generating line speed once you’ve become accustomed to its tempo and have found the rod’s sweet spot. And it’s a rod I look forward to fishing again—whether on a sandy expanse of bonefish-speckled turtle grass or a muddy, Snake River carp flat.

Prev
Spirit of the Peaks 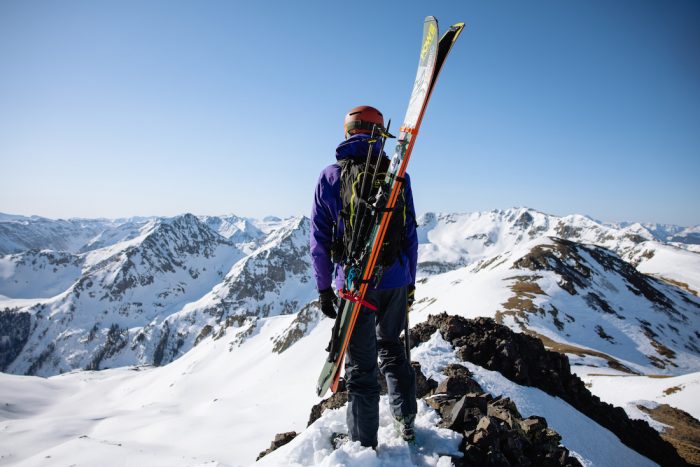 Spirit of the Peaks

Next
How Far Can You Go with an Inflatable Boat? 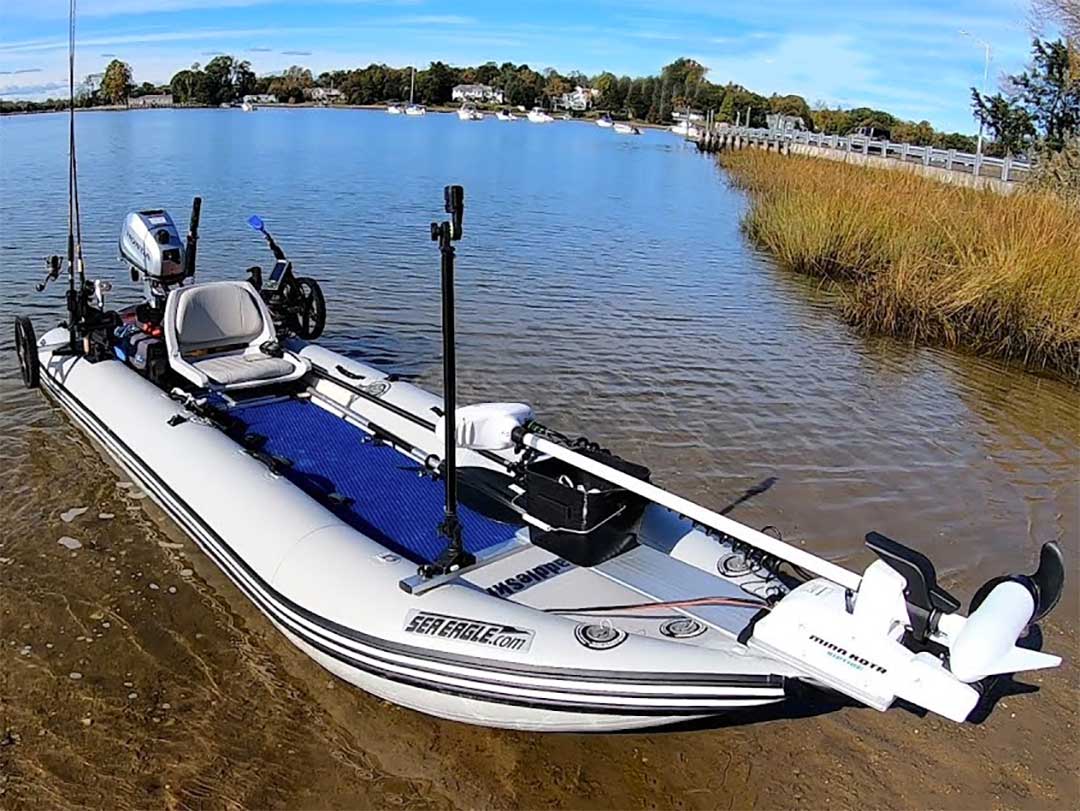 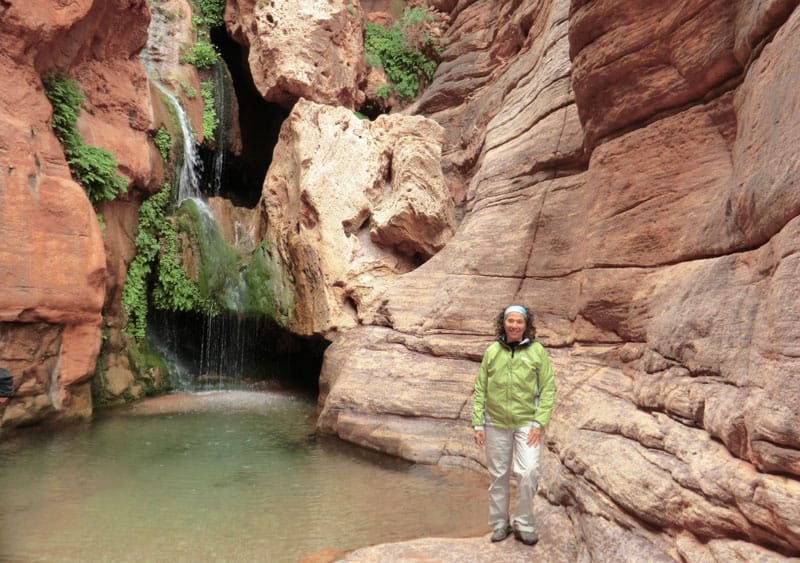 There’s Power in Silence on the River 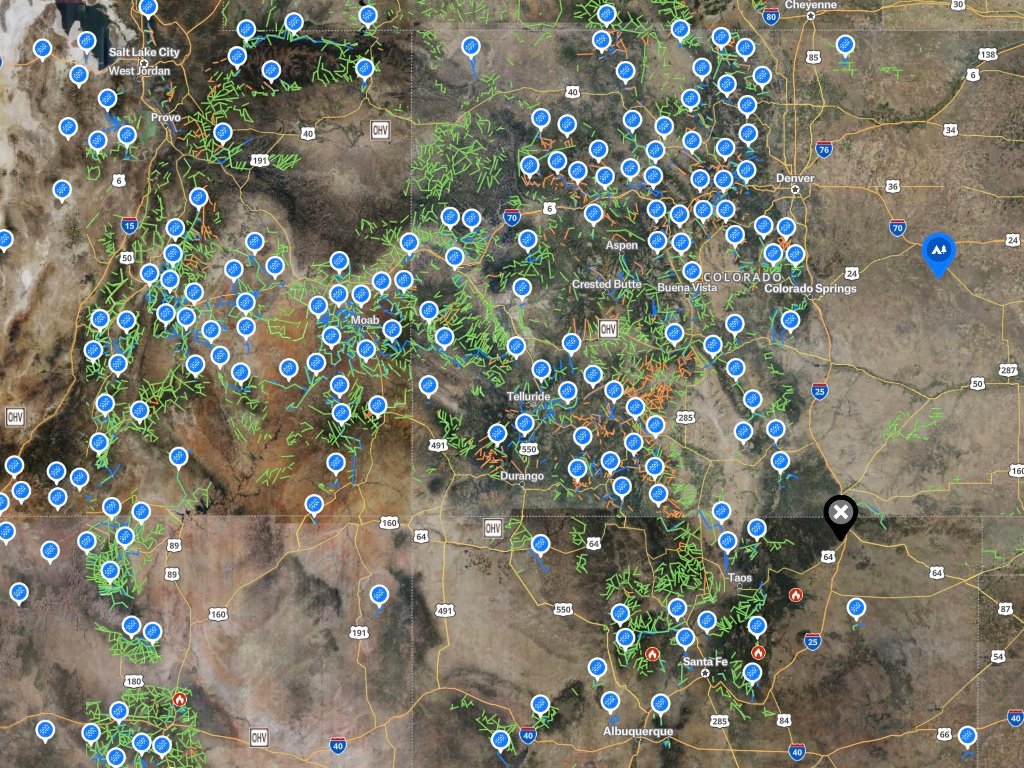 When I first got into what is now overlanding, we had paper maps and/or