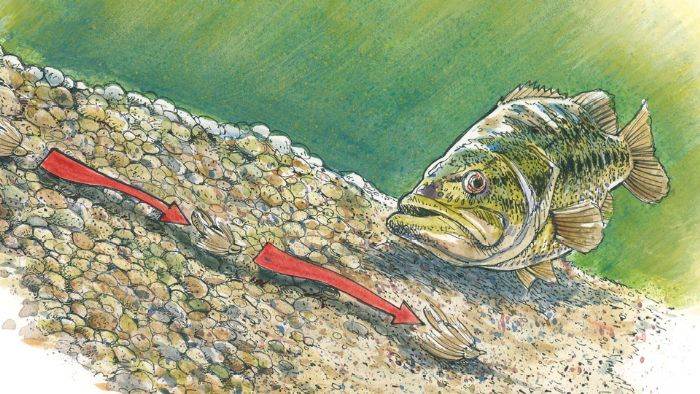 “Late-winter fishing can really be tough,” admits Bassmaster Elite Series pro Matt Arey, “but there are places bass do seem to prefer, and transi

“Late-winter fishing can really be tough,” admits Bassmaster Elite Series pro Matt Arey, “but there are places bass do seem to prefer, and transition zones are some of the best and most reliable areas I’ve found through the years. What I personally prefer are changes in the composition of the bottom, which may or may not be a continuation of what I can see along the shoreline. My favorites are where clay changes to sand and where steep, ­45-degree chunk-rock banks transition into flatter slopes and smaller rocks.

“I think transition zones offer bass not only a different type of cover and ambush point, but they also attract different types of forage,” continues the North Carolina pro. “Some of these zones, especially where vegetation meets rocks, may also provide a temperature change. I know rocks and gravel attract a lot of crawfish during the cold weather because the bass I catch usually spit them out in my livewell.”

Transition zones are not uncommon, by any means. In fact, all bass lakes have them, but some, says Arey, have a lot of them. Table Rock, Beaver, Bull Shoals, Tellico/Ft. Loudon, Chickamauga, Pickwick, Lanier and Norman are a few of the better-known impoundments where transition zones are common.

“I study different lake maps before I arrive at a lake, so I’ll know exactly where I want to fish,” he says. “If I can find what I call ‘swing banks,’ where a channel comes in close to the shoreline, I’ll definitely mark it on my map. This is a case where you’re looking at a depth change being the primary transition zone, but frequently it will also be where the bottom composition changes, and even where cover changes. Anytime you can combine more than one type of change in the same area, the better that place will be.”

Arey believes most lakes have two types of bass: those that live in the main body of the lake, and a different population that lives in tributaries. Both use transition zones during the winter months, which often leads him to begin his fishing in a tributary. The reason is that smaller tributaries are easier and faster to fish — he terms this “finding high-percentage areas” — and if he does determine a pattern exists, he’ll then try to expand it into the main lake. Through years of fishing transition areas, Arey has recognized that in the creeks, the fish also tend to be closer to the mouth than further back where the water is usually more shallow.

What makes Arey’s approach so attractive is that his target depth rarely, if ever, exceeds 10 feet, and, in fact, the majority of his strikes actually come in just 6 to 8 feet. Even if he’s working a channel swing where his boat may be over much, much deeper water, he’s still casting and concentrating on that shallow depth range.

“That’s why I use jigs and crankbaits,” he explains. “It’s critical to not only retrieve slowly but also to keep your lures on or in close contact with the bottom, and I can do that with jigs and crankbaits. I’m imitating crawfish and shad, which is why the bass are shallow, but the strike zone is small.”

13 Ways to Get Better Trail Camera Pictures of Deer

Getting decent trail-camera photos of whitetail bucks isn’t all that hard these days. Cameras have improved a ton, and we know way more abou [...] 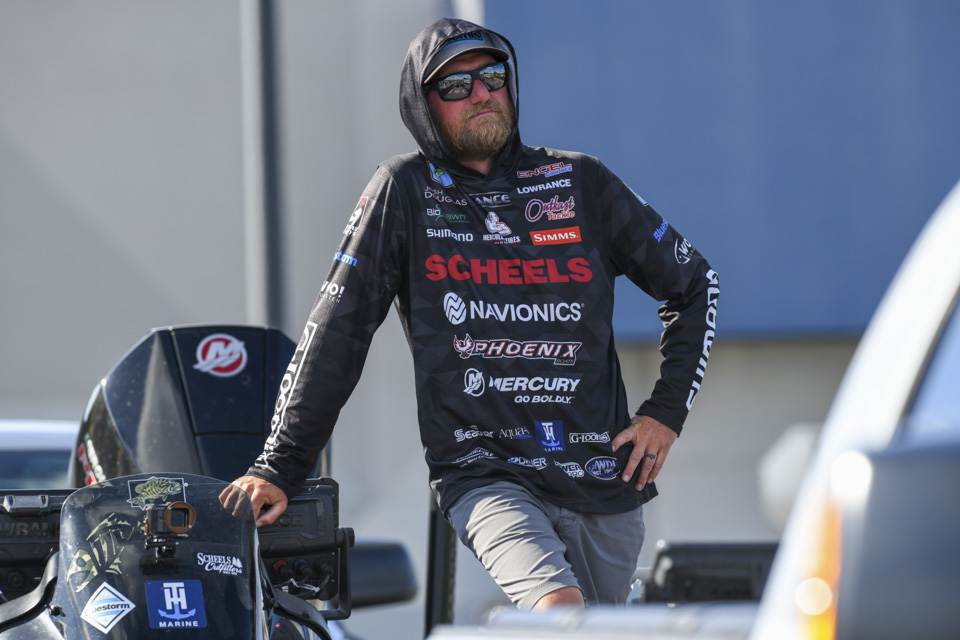 Talk about paying your dues, Minnesotan Josh Douglas has competed in 57 Bassmaster Open tournaments since 2012 in his quest to qualify for the va [...]

6 Reasons to Visit Yosemite in the Spring

California’s most famous national park is a draw throughout every season. But there’s something about spring that makes the Valley come al [...]
Copyright 2022 Everest.com. All rights reserved