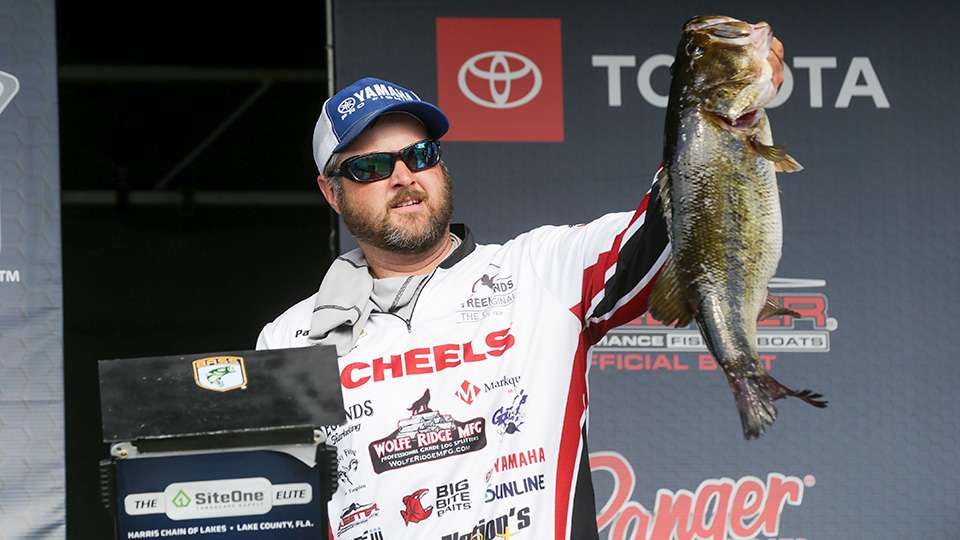 Long runs to fertile fishing grounds are nothing new to Bassmaster Elite anglers, but whether it’s the Cooper River at South Carolina’s Winyah Bay,

Long runs to fertile fishing grounds are nothing new to Bassmaster Elite anglers, but whether it’s the Cooper River at South Carolina’s Winyah Bay, or that distant Lake Ontario monster hole, reaping the rewards requires calculating the cost. Time, fuel consumption, wind and waves — ignore these factors and futility reigns.

This week, the potential promised land is Lake Apopka. Forming the headwaters of the Ocklawaha River and the Harris Chain, Florida’s fourth-largest lake covers about 30,900 acres

Apopka’s certainly not the place to catch big fish, but following decades of dismal health, the past few years have seen restoration efforts and expansive grass growth turn this lake into a bonafide big bite mecca.

Day 1 saw second-place Pat Schlapper catch a pair of Apopka giants that went 8-7 and 7-0. Sixth-place Jamie Hartman caught an 8-1, while 9th-place Jay Yelas had a 7-2.

Scott Martin, who kept himself in the hunt with a 21st-place Apopka limit of 17-1, endured one of the most gut-wrenching days ever captured on Bassmaster LIVE. Targeting bed fish amid reeds and other shallow vegetation, Martin lost a half dozen big-time opportunities when fish came unbuttoned — one of which, an estimated 7-pounder — slipped his grasp at boatside.

Painful to watch such disasters, but seeing what bit, no doubt solidified the Apopka potential.

Multiple anglers reported finding impressive quality while practicing in Apopka. Quantity seems to be better elsewhere, but the general thought is that if this event sees a double-digit fish or a mega bag, it’ll likely come from Lake Apopka.

From takeoff at Venetian Gardens on the west side of Lake Harris, reaching Apopka requires anglers to run northeast across the lake, take the Dead River into Lake Eustis, then link down to Lake Dora through its namesake canal. On Dora’s east side, you’ll take the channel down to Lake Beauclair, run to the southwest corner and follow the Apopka-Beauclair Canal down to Apopka.

About midway through that canal, anglers must traverse the Apopka-Beauclair Lock and that’s where the clock watching can turn anticipation into tension.

“They can only lock three boats at a time, so I had to wait like an hour to lock through,” Yelas said. “It’s a hard decision and what makes it extra hard here is that, coming back, you don’t know how many guys will be waiting.

“It takes about 20 minutes (for a lock cycle) so they can lock nine boats an hour. You can’t cut it too close or that can really mess you up. If you just make a 2-hour run one way and you don’t have to go through a lock, you can just allow enough time to make it. But here, you could get jammed up at the lock and not even make it to weigh ins.”

Anglers who are late to their assigned check-in time are penalized one pound per minute up to 15 pounds, after which their catch is disqualified.

Hartman acknowledges the consideration, but says he’s good with the reality: “I got one bite and it was the big one about 10 o’clock. That’s why I went to Apopka.”

Depending on flight schedule, anglers may opt to fish their way toward the Apopka-Beauclair Canal, let the early lock volume clear and then wait their turn. Some, like Martin, will run directly to the lock and deal with the line to ensure their earliest access to Apopka.

On Day 1, Martin explained that, considering his running time and lock wait, it took him two hours and 15 minutes to enter Apopka. Do the math and that shaves 4 1/2 hours off the fishing day — assuming no additional delays or mishaps.

Big bites await in Lake Apopka, but they require a toll — potentially one exceeding expectations.

No risk, no reward. 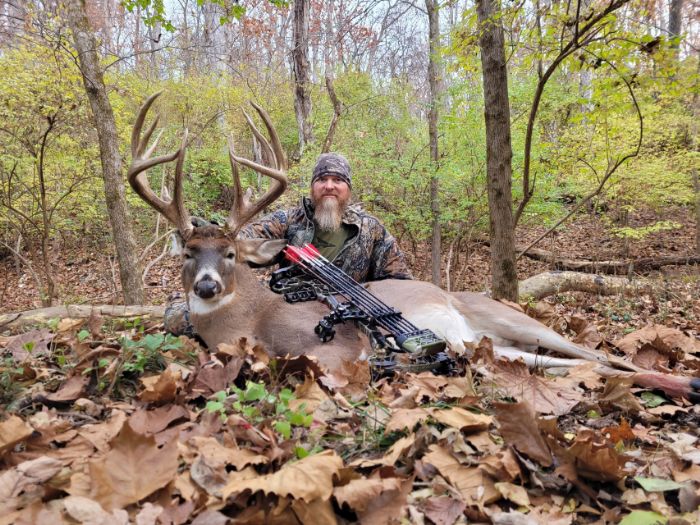 Bowhunter Tags a 200-Inch Buck In the St. Louis Suburbs After 5 Years of Hunting Him

St. Louis and its surrounding suburbs line the shores of the Mississippi, Missouri, and Illinois rivers, and this confluence makes for [...]
Fishing

BULLFROGS START CALLING once the poison ivy is about 4 inches tall and the carpenter bees are buzzing around the rafters of the barn. All of [...]
Overlanding

Anybody ever build a pop up wedge using a lumber rack frame? : overlanding

I’d be a bit hesitant because a lumber rack isn’t designed for those types of loads but I suppose it depends on how sturdy it is and the specific desi [...]
Copyright 2022 Everest.com. All rights reserved