I like trolling. I don’t like it better than plug casting, or fly fishing, or plastic-worm fishing, or jigging, or live-bait fishing, but I like it a whole lot better than not fishing at all, and some of the happiest, laziest, most enjoyable hours I’ve ever spent on a river or lake or pond or ocean were spent trolling. Some of the people I fish with turn livid with horror when I say I like trolling. Some look grim, turn on their heels, and stalk away. Some stare in disbelief. Some cluck sympathetically and shake their heads. Some retch. Only once in a blue-dun moon will one of them look around furtively to make sure we’re alone, and say, “So do I.”

It’s true, of course, that trolling is much less demanding of skill than most other kinds of sport fishing. In saltwater, when a feather or skipping bait or whatever is being trolled, the fish is frequently hooked without the angler having even touched the tackle, although there is some skill involved in playing and boating or releasing the fish. But a lot of my trolling is done in freshwater, for one of the following reasons: (A) It’s too windy for fly casting; (B) I don’t know where the fish are, and trolling, which covers a lot of ground, or water, is a faster means of locating them than casting; (C) I want to get to a fairly distant spot, and figure I might as well troll while getting there; (D) I’m more than normally slothful; (E) I’m alone, in a rowboat or canoe, and need the exercise; (F) It’s the most productive way of fishing that particular piece of water.

I guess 90 percent of the walleyes I’ve caught have been caught by trolling. Most of them came from the Delaware River before the big dams went in, and trolling a Junebug spinner with lamprey-eel larva on the single hook, keeping it as close to the bottom as possible, was the method that almost always paid off. (“If you don’t get hung up on bottom every couple of minutes,” my guide-and-mentor Gollup Kuhn assured me, “you ain’t fishing deep enough.”) I used an old beat-up fly rod for this trolling, because I liked playing the walleyes on it, and although it didn’t do the rod any appreciable good, it was fun. If the water was too fast or too high, I’d hang a sinker or two ahead of the spinner and troll with a casting rod. Otherwise there wasn’t any satisfactory way to get a lure down where the walleyes were, although I sometimes managed to extract a few with a deep-diving River Runt plug.

An early outdoor writer referred to angling as “the contemplative man’s recreation,” but there’s not much opportunity for meditation when you’re fishing fast, heavy water in waders, trying to keep your footing on treacherous boulders, probing the water ahead with your wading staff, watching your fly or your line for signs of a taking fish and, occasionally, playing a trout to net or hand. But contemplation comes easily when you’re paddling a canoe on a Maine pond with your fly rod laid slanting back toward the stern where you can grab it quick and a Warden’s Worry or Supervisor streamer trailing 60 feet behind you, or when you’re trolling a musky plug along the edge of a Wisconsin lake weed bed. (There was a time, long ago, when I was sure that for trolling, a boat rowed or paddled by hand was preferable to one propelled by an outboard motor. I could have given you half-a-dozen commonsense reasons why this had to be true. Then I began to keep careful records of motor-versus-manpower, on all my trips for landlocked salmon, walleyed pike, and early-season lake trout, and was astonished to find that over a period of about five years, in terms of fish caught per hour of fishing time, the outboard motor outproduced paddling or rowing by nearly two to one. I don’t know why this was—and almost certainly still is—so, but the figures left no room for doubt.)

(Still, for first-rate catch-as-catch-can contemplation, a hand-paddled canoe, a light rowboat, or, best of all, one of those most marvelous of crafts, the handmade Adirondack guide boat can’t be matched by any motor-powered boat.)

I’ve found that if you’re trying to get a youngster interested in fishing, trolling may be the best way to turn him on. Kids find it difficult to stay in one place, and trolling means moving about. Moving about means you’re more likely to find fish, and even if you don’t, the scenery changes frequently enough to match a child’s attention span. After the little so-and-so gets hooked on hooking and playing fish, you can show him or her that casting a fly or lure adds to the fun.

I think speed’s the most important aspect of trolling, but don’t know any magic formula for determining what speed’s best under a given set of conditions. There are days (usually, but not always, dark) when only a lure that’s barely moving will take fish, and days when you can hardly troll the same lure, in the same water, too fast. By and large I’d rather err on the speedy side, giving the fish less opportunity to study the situation (but often, trolling speed is determined by the action of the lure or the depth at which you wish to present it).

There’s a specialized kind of trolling for Atlantic salmon, practiced widely in European rivers, called harling. Usually it’s done with the angler sitting in the stern facing aft while the gillie rows upstream at about the same speed as the current; the rod is usually a heavy two-handed 16- or 18-footer, with a spoon or Devon minnow as the lure, and the angler simply holds the rod in position while the gillie maneuvers the boat to put the lure over good holding water, sometimes letting it remain in one spot for a minute or two, which may tease a salmon into taking, or moving it slowly across the river from bank to bank. (“Harl” is a Middle English word meaning “to drag.”) In Norway, and on the lower Tweed in Scotland, I’ve harled during periods of high, unwadeable water, using a fairly large salmon fly as a lure, and although the method is reputed to take larger-than-average salmon, it never did for me. Probably harling was devised in order to give anglers unable to cast very well or very far a chance to cover a lot of water with almost no effort or skill.

One fly in the troller’s ointment is the tendency of a lot of lures to start spinning—even a streamer fly may do so if the wing gets caught in the bend of the hook—with the result that the line and leader get badly twisted. A swivel or two may help, but the best way to prevent a twisted line is a keel-type gadget, of plastic or metal, a foot or so ahead of the lure with a swivel between them. To get the twist out of the line, remove the lure and troll the line at a fairly high speed for 3 minutes.

So far as I know, nobody has ever written a book on trolling, probably because it’s so simple there’s not much to say about it. Eventually, probably, some day someone will figure a way to make trolling as complicated as other methods of angling, and there’ll be books full of diagrams and charts showing the proper rod angles, computerized optimum speeds for various types of lures at various barometric pressures, electronic gadgets, etc.

Since our article (July 1979) on acid rain, a lot of attention has focused on this frightening problem. Scientific American and other scholarly journals have published articles on the subject, and there have been several regional conferences. An international conference on acid rain was held in Toronto last November. The New York Times and other major newspapers have published articles on the phenomenon and its menace not only to fish and wildlife but to forests, agriculture, and the whole environmental complex. Senator Patrick Moynihan of New York introduced a bill in the Senate to set up a commission to investigate possible remedies, citing the FIELD & STREAM article as evidence of the emergency.

In the meantime, because of the energy crisis it’s likely there’ll be a loosening of restrictions on highsulfur fuels and the use of low-grade coal in industrial and power-generating plants, which would result in higher concentrations of the acidforming pollutants in the atmosphere and a worsening of the problem. No one has actually proposed scrapping the U.S. Environmental Protection Agency or its Clean Air Act, but in the government’s panicky efforts to cope with an energy shortage it could happen.

The sad fact is that even if present Clear Air Act stipulations were to be fully met, acid-rain pollutants can’t be lowered, much less eliminated, for at least twenty years. And if and when “scrubbers” are installed to remove sulfate pollutants from emissions from coal- or oil-burning plants, the problem of disposing of hundreds of millions of tons of poisonous sludge remains to be solved.

I wish I could think of a cheerful note on which to end this piece, but the best I can do is suggest that if you plan to go fishing, don’t wait too long.

Prev
19 Refuges Could Open to Hunting, Fishing. Lead Would Be Banned There 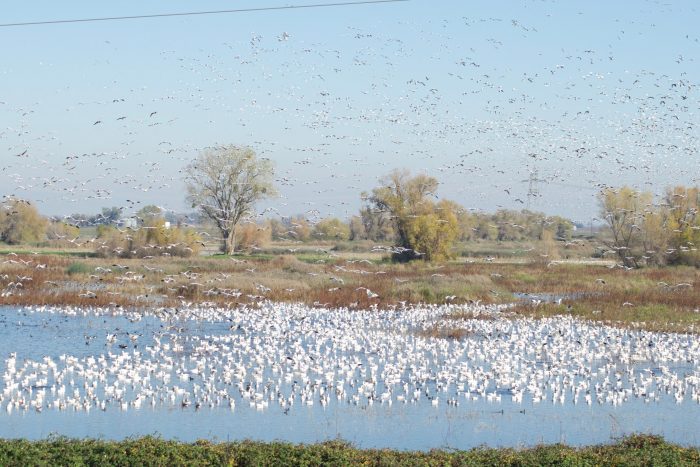 A new proposal would expand hunting and fishing access on 54,000 acres of 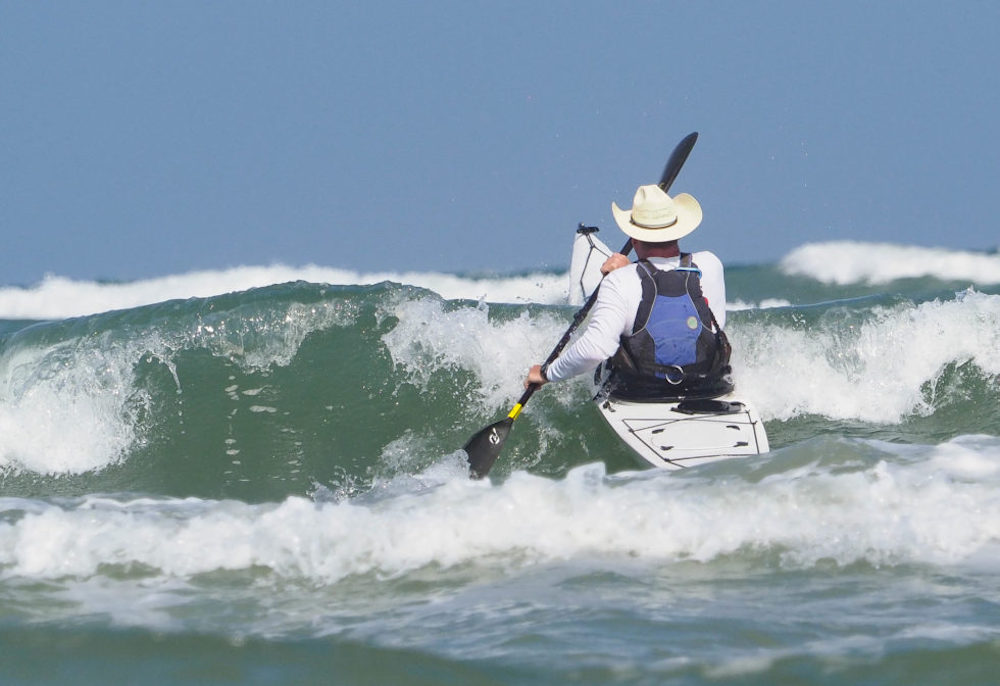 All this weekend and into next week, West Hansen and Jeff Wueste will be 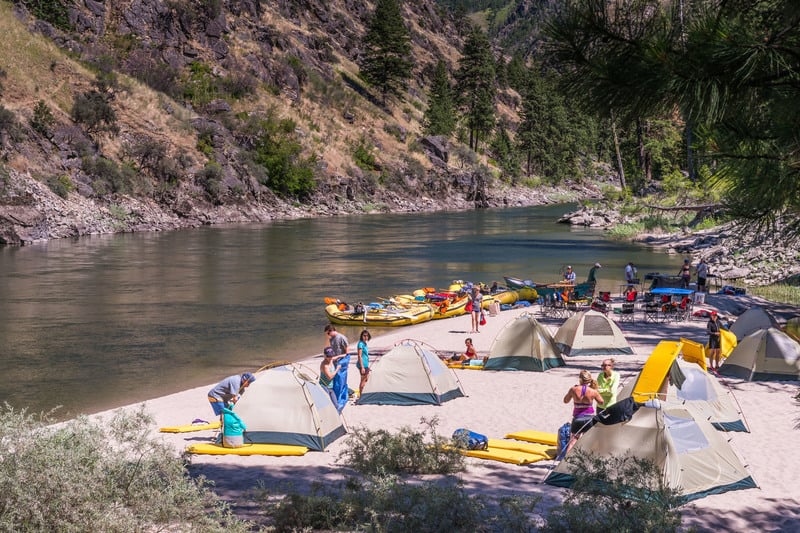 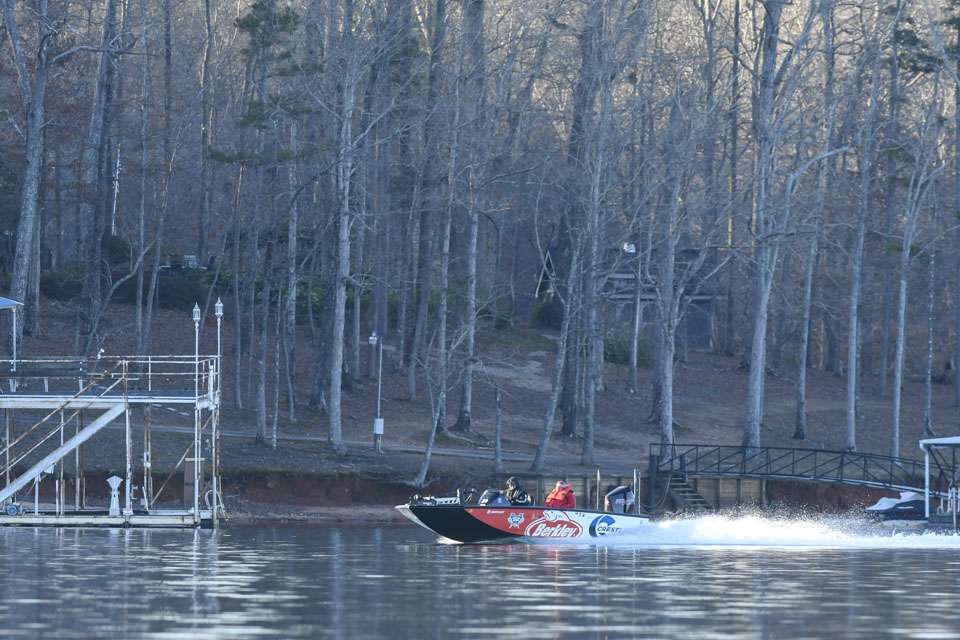