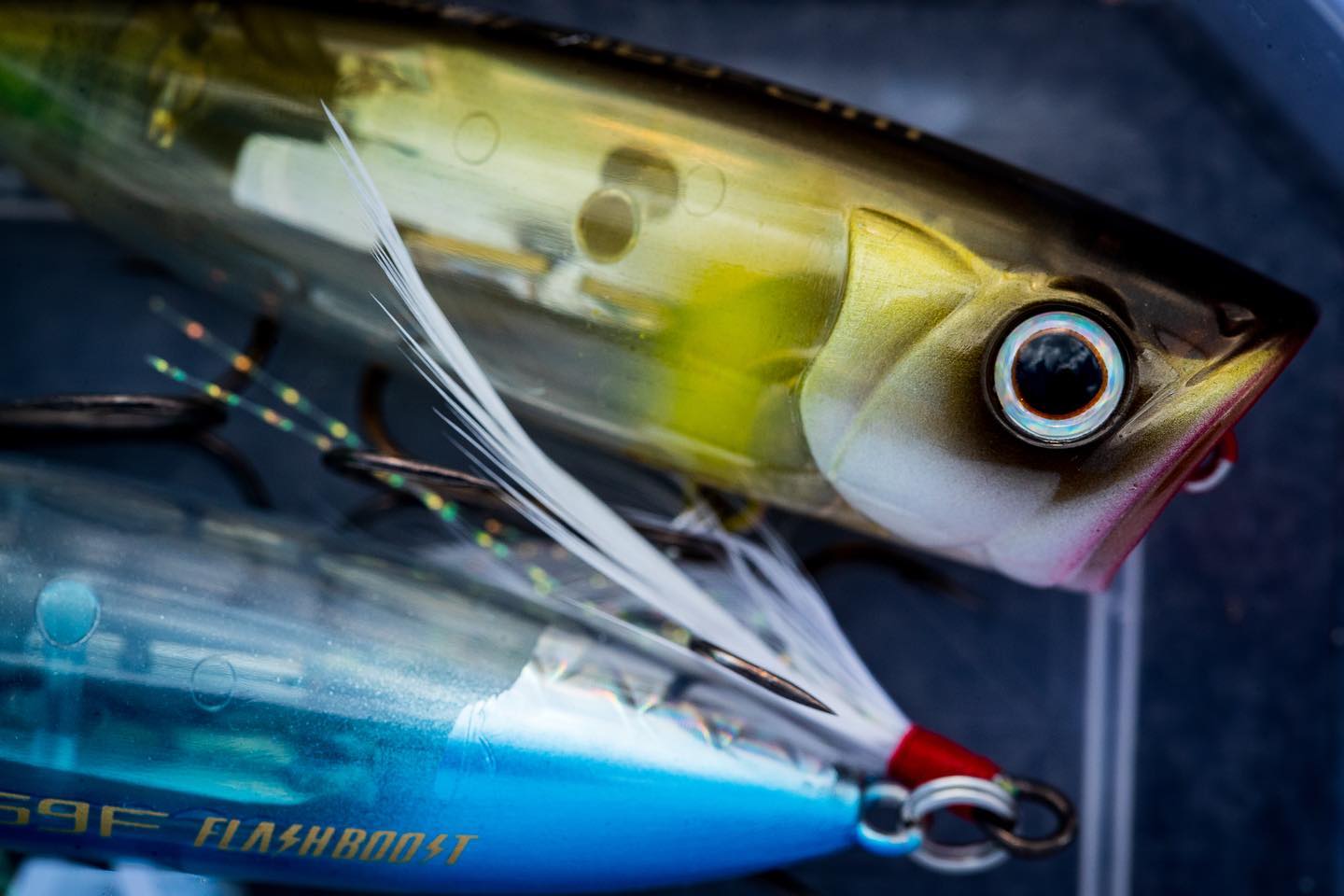 The Shimano World Pop 69F Flash Boost is one of their newest introductions with their BOOST CONCEPT technology. It is a multi-purpose popper unlike anything else on the market. With a cupped face to create a splash and commotion on the surface, the new World Pop FB is the only popper on the market with Shimano’s Flash Boost technology. This innovative and proprietary technology from Shimano suspends foil on micro springs within a chamber in the lure body. So even when sitting still the foil flashes in a way that mimics a wounded baitfish. There is also Scale Boost technology utilized in the World Pop FB. Scale Boost is a lifelike composite-pitch hologram to provide the World Pop FB with a natural scale pattern. This works along with the Flash Boost technology as a double whammy for triggering bites. Either walk the lure or chug it along with large pops, either way the World Pop 69F FB champions BOOST CONCEPT technology to draw aggressive strikes from trophy bass.

Do you remember the days a misty 720 could win a big air comp? To be honest we’re not sure that we do. So we unearthed some vintage foo [...]
Outerwear

Here’s an easy DIY Rod Rack to help you organize your tackle at home. This is a low-cost single afternoon project. If you don’t have a chop saw at h [...]
Adventure