The USDA’s Animal and Plant Health Inspection Service announced last Friday that waterfowl hunters in Canada will not be able to transport their duck and goose meat across the U.S. border. This blanket ban is a step up from the department’s previously announced restrictions, which prevented the importation of hunter-harvested waterfowl from specific control zones in Canada.

“Hunter-harvested unprocessed wild game bird meat/carcasses, originating from or transiting Canada, will not be permitted to enter the United States regardless of the Canadian province from which the bird was harvested,” the department explained in a press release. “Hunter-harvested wild game bird trophies entering the United States from Canada must be fully finished, or accompanied by a VS import permit, or consigned directly to a USDA Approved Establishment.”

The ban was announced around 6 p.m. on Sept. 2—the day after hunting season opened in Canada. This meant that some traveling hunters learned about these restrictions after they already had limits of birds on the ground.

“I’m not even sure if everyone up here knows about this yet,” says Mike McLane, the owner of Prairie’s Edge Outfitting in Saskatchewan. “But I know people are upset about it. The first two groups we had were not happy—they were planning to take home all the birds they shot.”

The USDA put these restrictions in place because of the ongoing outbreak of High Path Avian Influenza (better known as bird flu.) The highly contagious disease has been spreading throughout North America since January, when it was first detected in an American wigeon killed by a South Carolina duck hunter. An uncountable number of wild birds and more than 40 million domestic birds have died as a result.

The number of domestic turkeys and chickens that have been euthanized to protect the nation’s agricultural industry climbed to 46 million this Wednesday, when HPAI was detected at a large egg-laying operation in Ohio. Additional cases were also recorded at poultry farms in Indiana, Minnesota, North Dakota, and Wisconsin within the past week, according to the Associated Press. This brings the country that much closer to the 51 million domestic birds that were depopulated during the last major bird flu outbreak in 2015.

With these numbers in mind, it’s not surprising that the USDA is doing everything it can to slow the spread of avian influenza. What’s strange is how the federal agency is going about it.

In early July, the department had already enacted a ban on the importation of birds that were killed in specified control zones. As we reported earlier this year, these added restrictions confounded waterfowl hunters, who noticed a disconnect between the U.S. Fish and Wildlife Service’s rules surrounding migratory birds and the restrictions being put in place by the USDA.

Read Next: Smoke a Goose with the Wing Still On? Waterfowl Importation Ban Could Cause Confusion for Hunters at Canadian Border

“I think what’s happening is you have two federal agencies [the USFWS and USDA] not communicating with another,” Delta Waterfowl biologist Dr. Chris Nicolai told Outdoor Life in July. “You’ve got the USDA that’s protecting agriculture. They’re used to livestock, dealing with eggs and chickens. Then you have the USFWS, and they deal with bird identification and regulations. They don’t talk to each other ever.”

The USDA’s Sept. 2 announcement took these restrictions one step further by banning the importation of all hunter-harvested game bird meat from any Canadian province. It has many hunters and outfitters wondering what the exact rules are and how the restrictions will help prevent the spread of bird flu in the U.S.

As others have pointed out this week, the biggest hole in the USDA’s current logic is that migratory birds are, well, migratory. The millions of birds that travel from Canada each fall are going to fly south whether we harvest them or not, and HPAI has been spreading across the continent all summer with zero help from hunters. Of course, once the birds migrate to the U.S., hunters can legally harvest them.

This is why Ducks Unlimited and other conservation organizations are calling on the USDA to reconsider its decision.

“Hunters are left to wonder why APHIS would reverse course on such a consequential decision, announced after hours on a holiday weekend, with zero notice or opportunity to be heard from stakeholders,” Ducks Unlimited CEO Adam Putnam said the day after the USDA’s announcement. “DU members are justifiably upset by the absence of science and the total lack of transparency around this sweeping regulation that does not appear to have even included the US Fish and Wildlife Service in its development.”

Hunters Are Caught Between Conflicting Regulations

This isn’t the first time that hunters in Canada have dealt with restrictions on the importation of hunter-harvested waterfowl. In 2005, a global bird flu outbreak led to a similar situation at the U.S.-Canada border, and at one point during the season, hunters were being forced to throw away dead birds at the border to comply with USDA regulations. In doing so, however, those hunters were technically in violation of wanton waste laws, which prevent sportsmen and -women from intentionally wasting harvested game meat.

Waterfowlers are now left to navigate this grey area yet again as they decide what to do with their harvested game birds. Some hunters and outfitters are interpreting the USDA blanket ban to mean that only “unprocessed” meat and carcasses are restricted—which means hunters could be allowed to transport cooked meat across the border. But McLane says he isn’t taking any chances.

Read Next: Is Bird Flu a Threat to Wild Ducks and Geese? Here’s What All Hunters Need to Know

“For me it’s just too risky because [the ban] doesn’t specifically say that they’ll let the meat across if its processed. It’s a grey area,” he explains. “It’s not about my interpretation of the rules, it’s about what the border guard thinks, and all the border guards I’ve talked to say that absolutely no waterfowl are crossing this border. So that’s what I’m telling my guests—you’re not taking anything back and that’s just the way it is.”

McLane adds that plenty of Americans are still traveling north to hunt this season. A goose or duck hunt in Saskatchewan is a bucket-list trip that most hunters plan for months in advance, and McLane hasn’t had any guests cancel their trips because of the new rules. The ban could certainly affect hunter numbers next season if it were to stay in place that long, he says. But for now, the only real change is that they’ll be donating a lot more meat to the local community than usual.

“I mean there’s not much we can do except donate all the meat,” McLane says. “So, you eat as much as you can here, donate the rest, and away we go.” 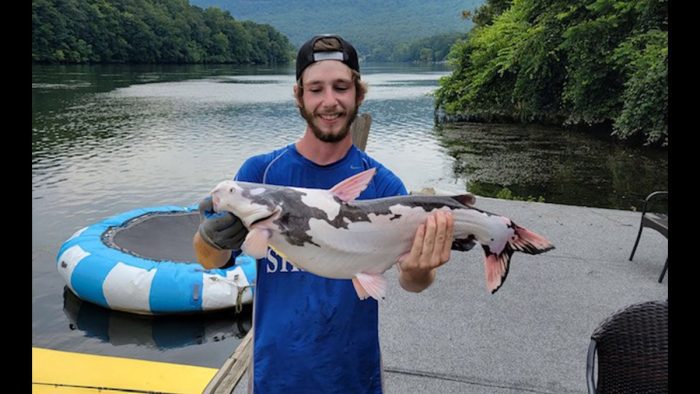 Next
Built me a little offroad camper! : overlanding 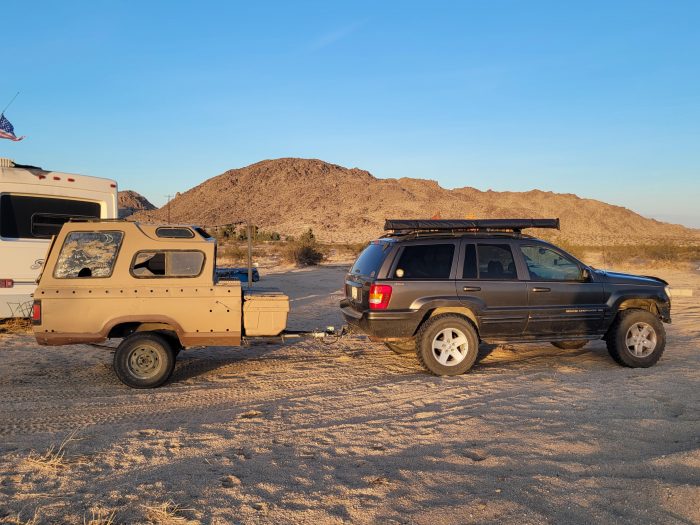 I wanted to build something that would go wherever my Jeep would, as well as 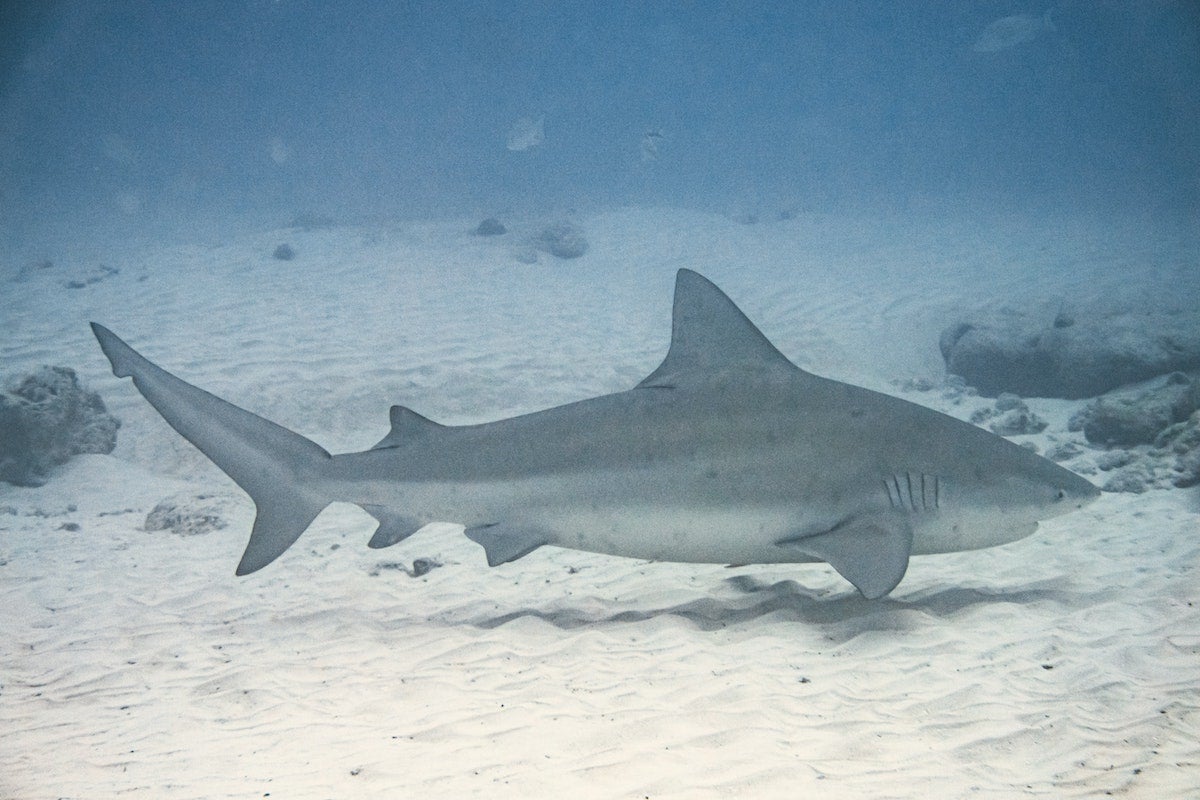