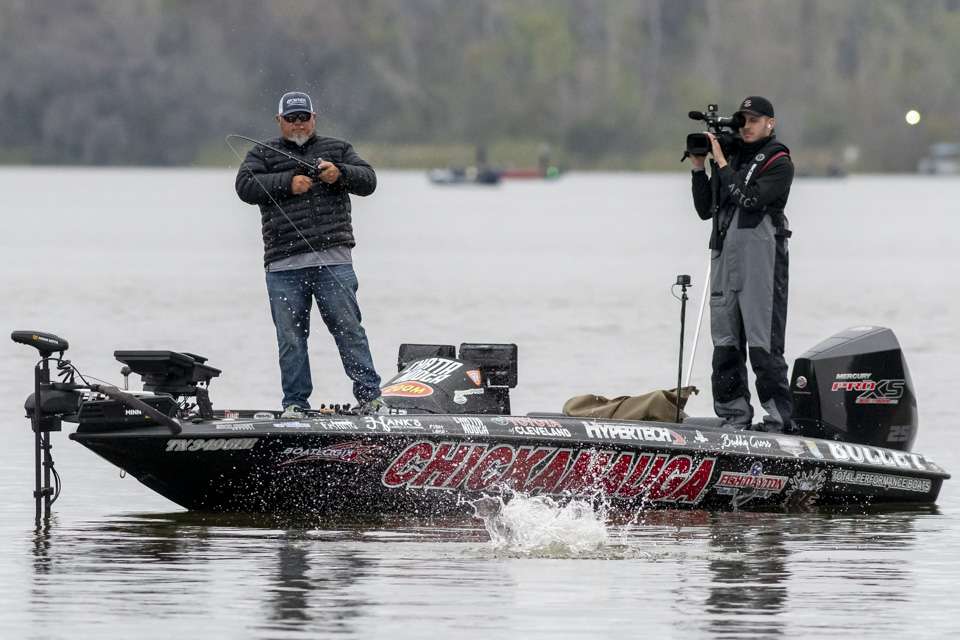 The 2022 SiteOne Bassmaster Elite at Harris Chain proved yet again to be a tricky event from a Rapala Bassmaster Fantasy Fishing standpoint. While s

10 reasons why you need to get to Valle Nevado, Chile this summer
Spring Turkeys Are the Gateway Hunt to Western Big-Game Adventures
Watch a Crocodile Eat a Baby Shark Whole

The 2022 SiteOne Bassmaster Elite at Harris Chain proved yet again to be a tricky event from a Rapala Bassmaster Fantasy Fishing standpoint. While sight fishing played a role in the event, a good number of anglers found success fishing offshore or in submerged grass. There were plenty of dark horse picks that proved to be the best.

Every bucket had an angler make the final day of competition, which isn’t always the case. Much like the first Elite event at the St. Johns River, the weights were lower than most predicted, but plenty of big bags and giant bass were brought to the stage.

Let’s get into the best and worst of the week at the Harris Chain.

Having a hard time remembering to set your Fantasy team? Sign up for the new text alert feature! Haven’t created a Fantasy Fishing account yet? No problem! Sign up and play for free at BassmasterFantasy.com. Players win prizes at each specific event and there are prizes for overall winners at the end of the season as well. You can still play the remainder of the season even if you missed out on the earlier events.

The overall winner of the AFTCO Bassmaster Elite at St. Johns River was “Nquince64” who selected three of the five picks that would have made up the perfect roster. Overall Rank: No. 1, Total Points 1,450.

The perfect Fantasy Fishing team for the SiteOne Bassmaster Elite at Harris Chain would have been:

If you were part of the 48.9% of players who selected John Cox in Bucket A, then you made the right move. On a body of water that Cox is very familiar with, he was able to sight fish his way to a seventh-place finish and score 312 Fantasy Fishing points.

Second best selection: Micah Frazier is out to a hot start in 2022 with back-to-back finishes in the top 20. The Georgia pro scored 291 points at the Harris Chain and was selected by 1.1% of players.

Lowest scoring angler: After a great start to the season at the St. Johns River, Caleb Sumrall had a tough event at the Harris Chain. The Louisiana native only scored 97 points and was selected by 0.7% of players.

Buddy Gross got the job done at the Harris Chain to capture his second blue trophy since joining the Bassmaster Elite Series. Gross was selected by 4.5% of Fantasy players and scored a whopping 310 points.

Second best selection: The Sunshine State has treated Brandon Lester extremely well over the last three weeks, as the Tennessee native won the St. Croix Bassmaster Open at the Kissimmee Chain and backed that up with two top 30 finishes to start the Elite season. Lester scored 285 points and was selected by 6.6% of players.

Lowest scoring angler: Matty Wong had a tough go at the Harris Chain. The Elite Series rookie was selected by 2.4% of players and only managed to score 91 points.

Ray Hanselman was able to make the Banana Cove area of Lake Harris work as well as any angler, as the Texas native finished the event in third place. Hanselman scored 295 points and was only selected by 0.5% of Fantasy Fishing players.

Second best selection: Bryan Schmitt is another angler that opted to fish in the Banana Cove area and cashed in a sixth-place finish. The Maryland pro scored 276 points and was selected by 7.2% of Fantasy players.

Lowest scoring angler: Justin Atkins had a tough event in the second stop of the season at the Harris Chain. The Alabama native scored 95 points and was selected by 3.7% of Fantasy players.

Drew Benton made one of the most impressive moves in the tournament, jumping all the way from 48th place on Day 1 to eventually finishing in second. The Georgia native sight fished to score 295 points while being selected by 9.8% of players.

Second best selection: Being the highest selected angler in Bucket D at 34.1%, Greg Hackney was the second-best selection in the Bucket. Hackney finished the event in 12th place and scored 254 points.

Lowest scoring angler: Skylar Hamilton wasn’t able to get it going at the Harris Chain. The Tennessee native had only 99 points and was selected by 0.4% of players.

Kenta Kimura was another angler that was able to make the Banana Cove area of Lake Harris work for four days of competition. Finishing the event in ninth place, Kimura scored 264 points was selected by 1.3% of players.

Second best selection: KJ Queen just missed out on a Top 10 finish at the Harris Chain. Finishing the event in 11th, Queen scored 257 points and was selected by 2.8% of players.

Lowest scoring angler: Louisiana’s Derek Hudnall never got it going at the Harris Chain. Hudnall only scored 87 points and was selected by 4.8% of players.

By Michael Lanza We all want our wilderness backpacking trips to have two sometimes conflicting qualities: mind-blowing scenery, but also few [...]
Hunting