HEAdesigns is trying its hand at a fresh accessory for EDC

Buy new gear, ski for free: Helly Hansen’s Ski Free initiative is here to help you put your outerwear to use in the mountains
‘A Dance with a Stranger’ Act 2: Mike Hornbeck & Spencer Milbocker are Back Baby
[Q&A] Catching up with Lorraine Huber about mental strength and the confidence needed to compete HEAdesigns is trying its hand at a fresh accessory for EDC enthusiasts called the Anchor. The Anchor takes the standard carabiner format and spices it up with HEA’s distinct style, premium materials, and enthusiast-friendly design sensibility.

The first is the latch itself, which here is explicitly designed for one-hand opening, a la your favorite folding knives, with a textured grip tab to help you locate where your fingers are on it even if you aren’t looking. Then there’s the carryability: a typical carabiner is a bit bulky and awkward. This is where HEA’s reputation as a premium small batch production outfit comes into play. The main body of the Anchor is made from titanium, machine contoured to make it a pleasant passenger in the pocket or pack. We’re not sure if we’ve ever seen a “heavy” carabiner, but the Anchor certainly keeps the weight very low at just .6 oz. Finally, the Anchor solves the archetypal problem of the big box store carabiner, which is that anything attached to it runs the risk of falling out any time you open the latch. The Anchor has a “security section,” a separate ring completely divorced from the latch mouth, so that anything attached through it can’t accidentally drop off.

There are four variations of the Anchor. The first division is color: Aqua and Gray. The two Aqua models have an aqua blue anodization, and a drop pattern on the grip tab. The Gray models are, of course, gray, and have a wave pattern on their tabs. Each coloration also allows for the tab itself to be made of titanium or carbon fiber. The carbon fiber models, by the way, are actually even lighter, at just .5 oz. Regarding the variations in colors, texture, and material, Abdelrahman tells us it was part of the plane to create something with aesthetic and tactile as well as practical appeal. “We focus on the details and how we interact with the objects, as the interactions are half the fun.”

HEA hasn’t returned to the EDC accessory genre often, although the Sabretooth flipper comb helped establish themselves as a talent to watch back in the day. Abdelrahman says that both the accessory and core knives/blades/knives.html" 15179 target="_blank">knife release schedule for 2022 is packed. “We have plans for a bunch of new gear across a few different categories – all with an HEA flair.  That being said, the knives/blades/knives.html" 15179 target="_blank">knife lineup for next year is robust and VERY exciting…new models we’ve been working on for years along with bringing back old favorites in new ways – we couldn’t be more excited about what’s to come!”

The Anchor is available now. 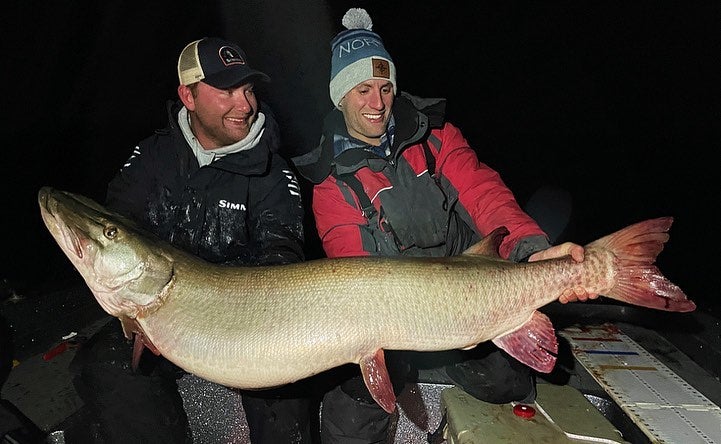 While watching an episode of Sam the Cooking Guy, (great channel for learning how to cook random stuff) a product was demonstrated called the Nomad Gr [...]
Fishing

Written by: Phil Monahan My best Battenkill brown in a few years took a small streamer pattern swung from the depths.That Saturday was a glorio [...]
Copyright 2022 Everest.com. All rights reserved