Helping Water Find Its Own Level

In a mountainous village in the Peruvian Andes, community members care for an ancient system that helps provide water for avocado trees, hops, potatoes, and bean plants. Diverted water from alpine streams flows into canals, and seeps into infiltration basins that pour into springs. The water then cascades downhill into a stream and to a pond marked with a totem to honor its presence.

Revering those resources, and caring for them by cleaning out the canals every year, are traditions that date back centuries. Locals know which canals feed which springs, an awareness researchers are now recording through interviews with villagers. A better understanding of how these intricate water systems work — and how communities maintain them — could help hydrologists and water managers ensure that cities further downslope, like Lima, have water in the future, according to science journalist Erica Gies in Water Always Wins: Thriving in an Age of Drought and Deluge.

“During the Industrial Age, people became accustomed to water looking and behaving in a certain way, tidy within its concrete constraints,” she writes. “But water is not a waste product to be quickly whisked away; nor is it a commodity, lying inertly in a reservoir until needed on fields or in apartments. Water has agency.”

The Peruvian example is one of many Gies uses to demonstrate how hydrologists, conservationists, and ecologists are becoming what she calls water detectives, searching for ways to slow water’s journey, an effort that could help mitigate the ravages of climate change like drought and sea level rise while providing a host of other benefits.

Gies takes readers on a global journey, highlighting researchers and engineers who “share an openness to moving from a control mindset to one of respect,” and seek to support what she calls a “Slow Water” movement. “While Slow Water projects reduce the risk of floods and water scarcity and the subsequent anxiety those situations bring,” she writes, “they are simultaneously creating more dynamic, diverse, enticing habitats for us.”

Not only that, she argues in the introduction: “When water stalls on the land, that’s when the magic happens, cycling water underground and providing habitat and food for many forms of life, including us. The key to greater resilience, say the water detectives, is to find ways to let water be water, to reclaim space for water to interact with the land.”

In Chennai, India, for example, residents experience both seasonal flooding and water scarcity. A flood in 2015 that killed at least 470 people spurred biologists and conservationists to fight harder for wetland protection, in order to prevent future disasters by allowing water to seep into the ground and lessen the water extremes. City officials, in collaboration with Dutch advisers, local communities, water experts, and nongovernmental organizations, made plans to reclaim floodplains and protect marshes to slow water and absorb downpours instead of shuttling water into canals and out to sea. One biologist mapped how wetlands allowed water to flow unhurriedly through the watershed, showing how development interrupted that process. As a result, the local high court ruled to prohibit further wetland development.

In Kenya, forward-thinking government policies allow residents to share responsibility for their water resources, bringing associations together to decide how to manage them best. In any given year, water allotments depend on how much is available, rather than who makes the earliest claims on the resource. Such policies are significant for “enshrining the holistic stewardship of natural resources,” which is, Geis maintains, “a notable divergence from the classic western development model that raids natural resources for capital.”

At the same time, The Nature Conservancy, an environmental nonprofit, has partnered with the Kenyan government and private entities to raise millions of dollars for projects focused on planting indigenous trees and promoting farming practices that conserve water and soil. As a result, at least in part, scientists estimate that almost 5 million more gallons of water flowed into the central Nairobi reservoir per day in 2020 compared to 2016. The hope is that by keeping water in the reservoir, residents will be able to better withstand droughts over longer periods of time.

Gies also discusses the Eden Landing Ecological Reserve along the San Francisco Bay, where scientists, governments, and nongovernmental organizations are restoring 75,000 acres of marshland, or about 40 percent of what was there before development. The project is especially important considering that the California Ocean Protection Project estimates that the sea will rise as much as 7 feet in the next eight decades due to climate change. The additional wetlands could help absorb some of the water, store carbon, break down pollutants, provide wildlife habitat, and help buffer the coastline from flooding. Already the area is providing more habitat for native birds.

The stories Gies tell aren’t solely focused on humans. She shows how beaver populations in England are helping to shape and slow the movement of water through the landscape. She also describes how microbes metabolize inorganic compounds, feed bigger organisms, and contribute to the nitrogen and phosphorus cycles, influencing the water we attempt to manage. When we lose those microbes, she writes, we also sacrifice the health and biodiversity of ecosystems.

Gies vividly chronicles her experiences visiting these locales and the environments around them. Describing a wetland area in England, for example, she writes: “The sandbars and rocks scattered across mudflats offer chunks of land for birds who make their living here, including dunlin, curlew, gray and ringed plovers, oystercatcher, redshank. They hunt 13 species of marine mollusks who have moved in. Just a short distance inland, saline plants are already established. Still further from the sea, reed beds give way to grassland and low shrubs.”

Along the way, she provides insights into political protections for water; personal, local, and national attitudes toward water; and the economics of water and how we calculate its importance, in an effort to illuminate “a practical and proven path to creating a better world in which people are happier and communities more adaptable.”

She also shows how not all infrastructure projects might be worth the investment. Dams, seawalls, and other flood barriers, for example, are expensive and can take a long time to build, and after they’re completed, they may sink or become ineffective because of changing conditions. “Boston weighed a 3.8-mile-long seawall that would have cost nearly $12 billion, taken 30 years to build, and caused major environmental damage,” she writes. “Instead, it opted to add 67 acres of green space along the water, restore 122 acres of tidal marsh, and elevate some flood-prone areas.”

As Gies points out in example after example, from Asia to Africa to North America, changing our relationship with water could help reduce pollution, restore reserves, and adapt to a changing climate. “We will need to learn to accept a dynamic environment, seeing riverbanks and coastlines as flexible living spaces that are periodically inundated, filled with plants, or muddy,” Gies concludes. “Widespread acceptance of Slow Water will require an attitude adjustment in the way we think about this vital compound, from commodity or industrial input to partner, friend, relative, life.” 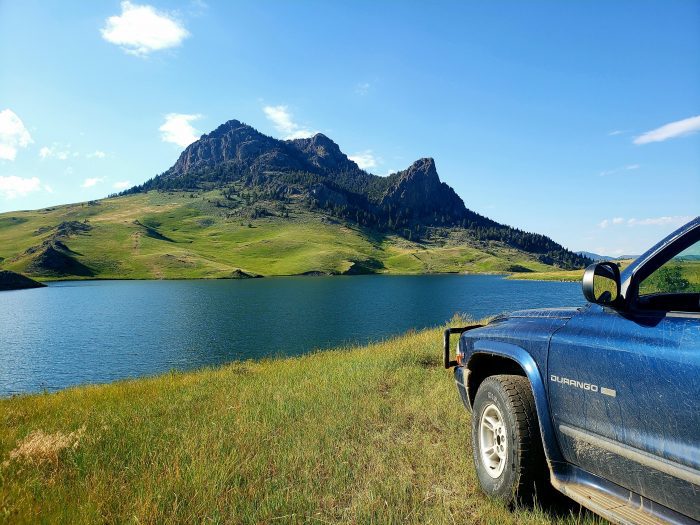 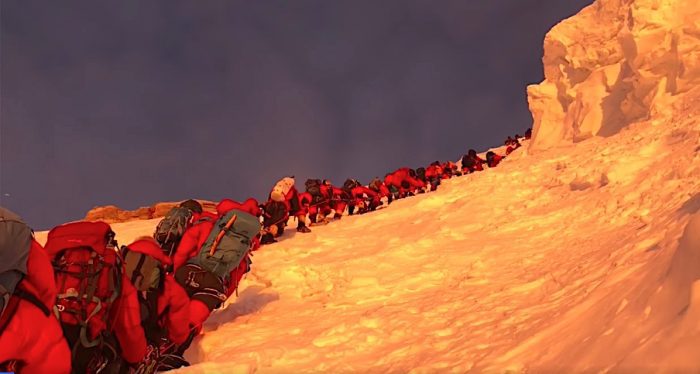 No fewer than 145 people topped out on K2 last Friday, more than doubling in a 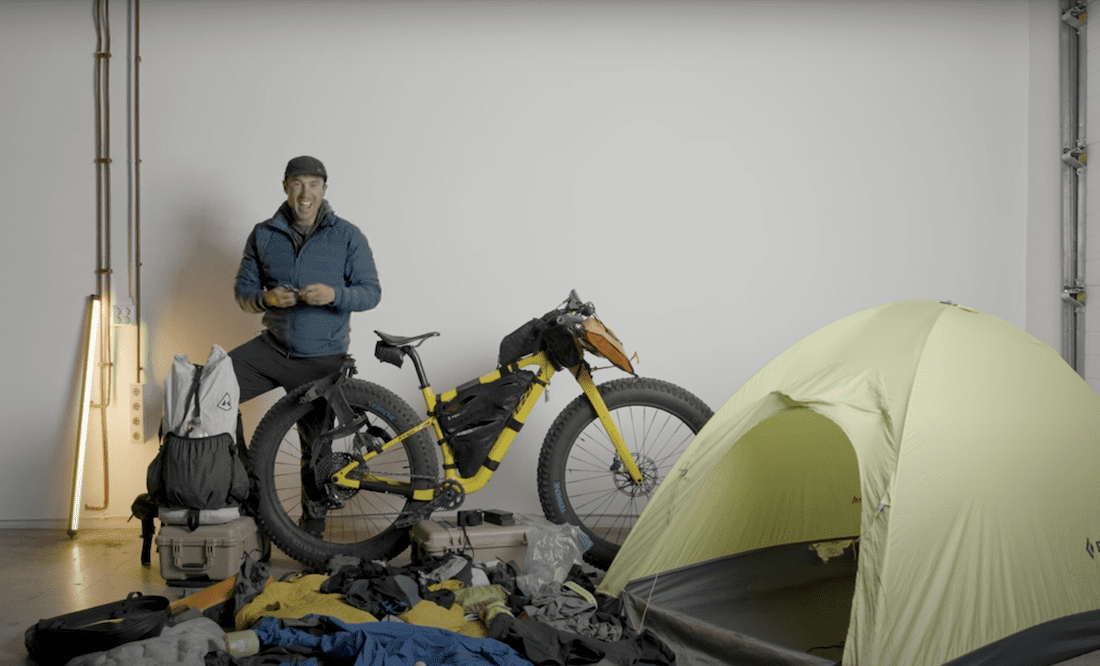 Here’s What You Pack if You’re, Say, Riding and Rafting Across Iceland

The Valley of the Gods, By Motorcycle