Pictured above: Gary Jennings fished eastern Long Island with Captain Craig Cantelmo last spring to catch this big bluefish on the fly. Sight-fishing to laid-up blues is challenging and rewarding.

It can’t be said that “Ol ‘Yellow Eyes” have sweet dispositions, but that’s why bluefish are so much fun to catch on fly tackle. Their bad attitudes, vicious attacks, and strong fights are welcomed by surf, boat, kayak and back-bay flyrodders up and down the coast, and April through May is the prime time to catch them—well, maybe.

The last five years have been somewhat unpredictable for bluefish catches. Some stretches of the coast have been jalapeño-hot while others have been about average, and a few spots have been way off their usual numbers. Captain Jim Freda of Shore Catch Guide Services has been fishing one of the premier coastal spots and said, “We have seen some world-class bluefishing in the Manasquan River the last several seasons with blues to twenty pounds.” Echoing those experiences, Van Staal’s Craig Cantelmo has seen some outstanding action out east in Long Island. “Spring fish are large but long and lean, and they feed ravenously, fattening up to maybe 15 pounds or so.”

Other places along the coast, however, have not been blessed with the jumbo blues, yet still have very good action with fish of 5 to 8 pounds or more. Why the differences? Natural changes in the environment such as increased or diminished bait populations, excessive or minimal rainfall, cooler or warmer-than-usual weather, and up-and-down water temperatures can all affect the bluefish start-up season.

Paul McCain of River Bay Outfitters on Long Island put it this way, “In my area, it really depends on the weather and when the baitfish show up. In the past few years, the month of April has been warm, and so bait pouring into the back bays right through May brought in the big blues. Last year, we had huge blues in the high teens for about three weeks deep in the back bays on mud flats and then, one day, they were gone. The summer of 2018 went down as the bluefishing that never happened.” Many coastal areas echoed that same fishing – firecracker spring, lukewarm summer.

Captain Ray Szulczewski of the South Jersey Coastal Fly Anglers looks for the first big blues off Cape May to appear outside the inlet from late April through early May. “They’ll be mixed in with the first stripers, which are usually 7 to 24 inches and, unfortunately, the blues feed on the little bass along with herring and grass shrimp. We don’t have sand bars along the beaches as they do up north, so if you get a day with little surf, you can get your boat close enough to hit the sand with the fly. In the clear water of spring, you can see blues cruising in groups of two to three fish.”

Ray offers good advice: “I’m looking for the bass, but always have a second rod ready with a short wire leader because the bluefish may bite you off. I like four- to six-inch Clousers tied with synthetic material because the line has a natural shimmer to it. By May, the blues start moving through the inlet and come into the warmer waters of the back-bay areas. I work the outgoing tides at creek mouths, and points and rip lines where the flats drain into channels.”

According to Captain Joe Hughes of Jersey Cape Guide Service, last spring was not as good as prior years, but he notes there were flashes of brilliance. “For whatever reason, our bluefish season started later and ended sooner. That being said, there were blues in the bay that were close to 20 pounds. There are two main techniques I use in spring. First, I cast a Clouser Minnow on a fast-sink line on the edge of channels, but switch to a floater when the fish are on the flats. The best retrieve is a sharp strip followed by a short pause—the fish usually bite on the pause, which results in vicious strikes. Overall, my retrieve is a bit slower than what you would expect to use for blues later in the year.”

The Manasquan River in New Jersey’s Ocean County has been one of my favorite bluefish honey holes since the mid-1970s. It’s had many ups and downs in numbers and size over those years, but in recent years, the bluefish have been impressive. Fishing in a kayak is wild because the fish will tow you around anywhere they want to go. It’s a small-boat paradise, and there are also excellent spots to wade.

Captain Freda has also been fishing these waters, and many mornings, you’ll see his Parker skiff on the river. To avoid cut-offs from these big fish, most every fly-rodder uses short lengths of very heavy mono (like 30- to 50-pound test) or single-strand wire, but Jim suggests an alternative he likes better. “It’s essential to use a bite tippet of 8 to 12 inches of 50-pound tie-able wire like Tyger tied to your fly if you want any chance of not getting bitten off.”

Topwater strikes are so visually exciting that many flyrodders seeking battle with bluefish often throw surface poppers just for the sheer joy of seeing the aggressive strikes. Paul McCain commented, “My favorite fly is Jack Gartside’s Gurgler or any large popper, and the time I prefer to fish is late in the day on a dropping tide near canals and creek mouths.”

Out east on Long Island, Craig Cantelmo looks for laid-up bluefish in the back areas in spring. He noted, “While many factors can make or break this fishery on a daily basis, during spring, the chances for some excellent fishing are there for those fly-fishers who spend time searching for the fish. On very calm days, this is exciting fishing. The fish will have their dorsal and tail fins flying like flags sticking out of the water.”

Cantelmo prefers back-bay waters without much tidal movement so that the surface water temperatures heat up and also warm the fish. “Grease-calm late mornings or afternoons are ideal and will result in some explosive topwater action. These fish will take surface fly poppers or large streamers. These blues are laid up, so your presentations have to be good, meaning you should pull your fly away from them, not at them, or they’ll spook.” Bluefish have a tough jaw and mouth, so unhooking them can be very stressful. Cantelmo suggests that fly-anglers pinch the hook barbs for quicker releases, and if possible, keep the fish in the water during the un-hooking process.

Captain Ian Devlin guides out of Norwalk, Connecticut, and has experienced the changes in fly-casting for bluefish. He sums up the kick-off time this way: “Long Island Sound and its shores were very good up to about 2015, then it slacked off a bit. There are not many bluefish in the shallow-water harbors and coastal rivers, but out in open water from 60 to 150 feet, it’s been good fishing from early May through late June. Some years, it starts early and ends early, or it starts late and ends late, depending on when the water temperatures hit 55 to 60 degrees.

“Typical blues will run 10 to 12 pounds and are a great fight on fly tackle, and each year sees some big gorillas to 15 pounds or more. These are roaming fish; they’re not on structure. Tide is irrelevant, and as an added bonus, striped bass may be in the mix too.” According to Ian, “This is a combination of sight-fishing and blind-casting. The water is very clear in spring before summer’s algae blooms, and you can see fish flashing on calm days. On choppy days, look for fish to spook from the shadows of flying birds. The blues are feeding on bunker and are almost always at (or near) the surface. Although dawn and dusk are good times, the action sometimes goes on all day.”

To find fish, Devlin runs his skiff at a slow cruise speed with trim tabs down and the engine tucked tight to the transom to keep the bow down. He said, “You’ll either see fish action and disturbances on the surface, or you’ll spook fish with the boat. Cut the engine and start making casts. Or, I run a half-mile, stop and blind-cast, then run again and cast until I find fish. The bluefish are usually found in a 2- by 5-mile rectangle off Norwalk – it’s similar to what’s happening from the Throgs Neck Bridge to Block Island and up to Cape Cod Bay.”

Most guides and captains prefer a floating line because most of the fish are high in the water. It’s not the same as the fall when you need to dive-bomb the deep water. An 8- to 10-weight is a great choice if the rod has some muscle in its lower half. Devlin prefers surface poppers and big streamers in spring, especially in all-white or all-orange colors. He avoids any popper with a slanted face because it may spin on the retrieve, which spooks the blues, and he adds a small amount of Softex to stiffen the tail to minimize hair tangles with the hook shank. If the fish seem shy, they can be teased up by throwing poppers on a spin rig and then fly-casting when you get the fish worked up into a frenzy. A retrieve with fast jerks and pauses gets the bites.

Devlin uses 18-inch bite tippets of 80-pound fluoro, and he stores them in PVC tubes so they stay straight and ready for action; or he’ll use a soft knot-able wire like Tyger Wire. With either choice, an Albright knot connects to the class tippet.

So, what can flyrodders expect this spring? Paul McCain summed it up pretty well, “From all the reports I’ve heard, there are plenty of blues along the ocean and coming up the coast. If the bait is there, the blues will be there too.” 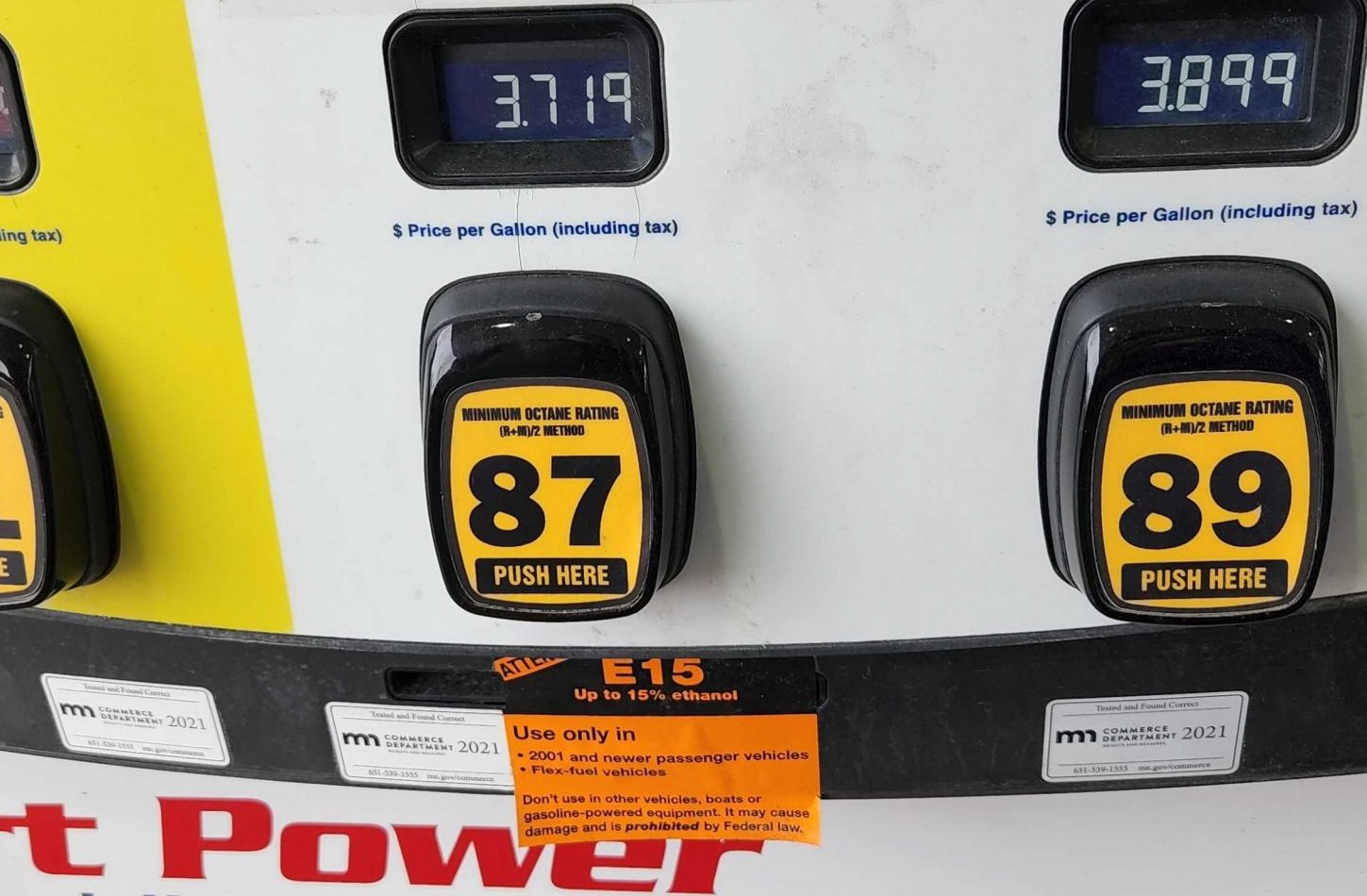 This boating season it is going to be imperative to pay attention at the pump,

Next
VW Bought Rights to ‘Scout’ Name, Is Reviving Brand With Electric Off-Roader 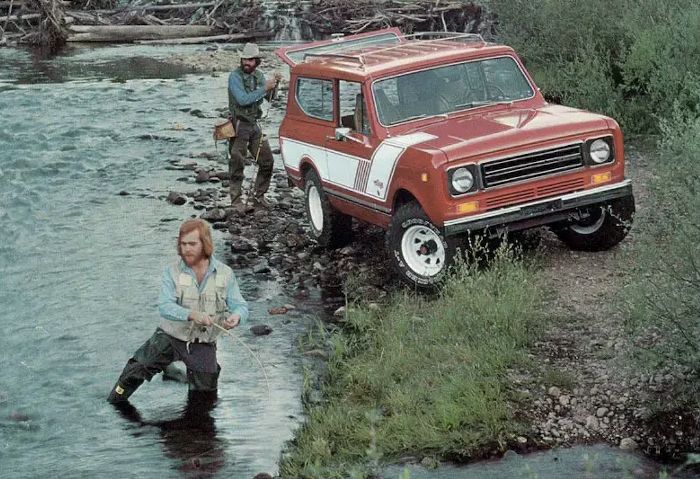 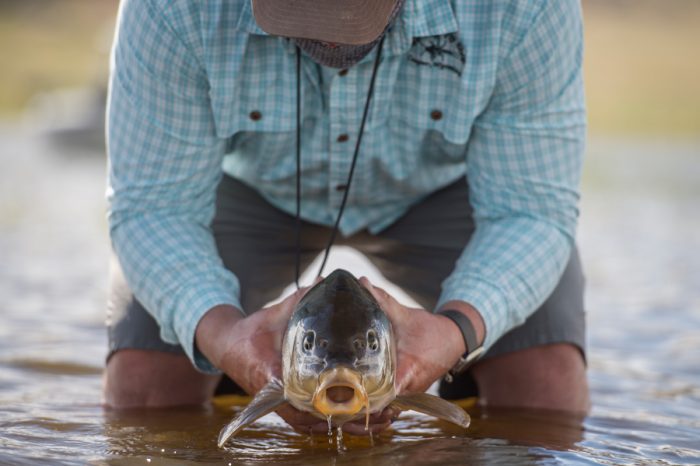 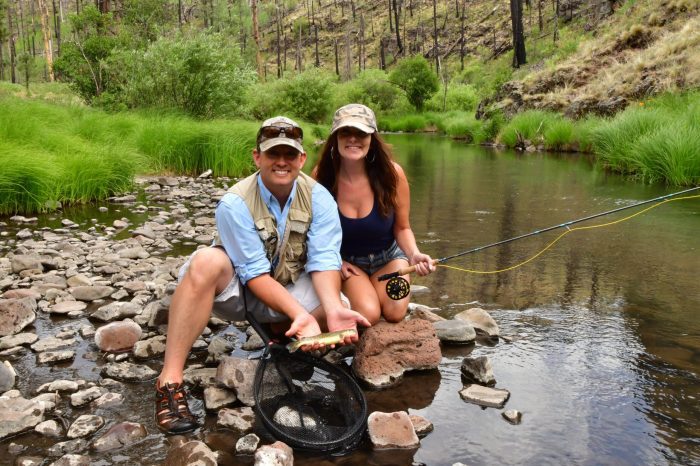 After a half-century of federal protection, a unique trout species is being 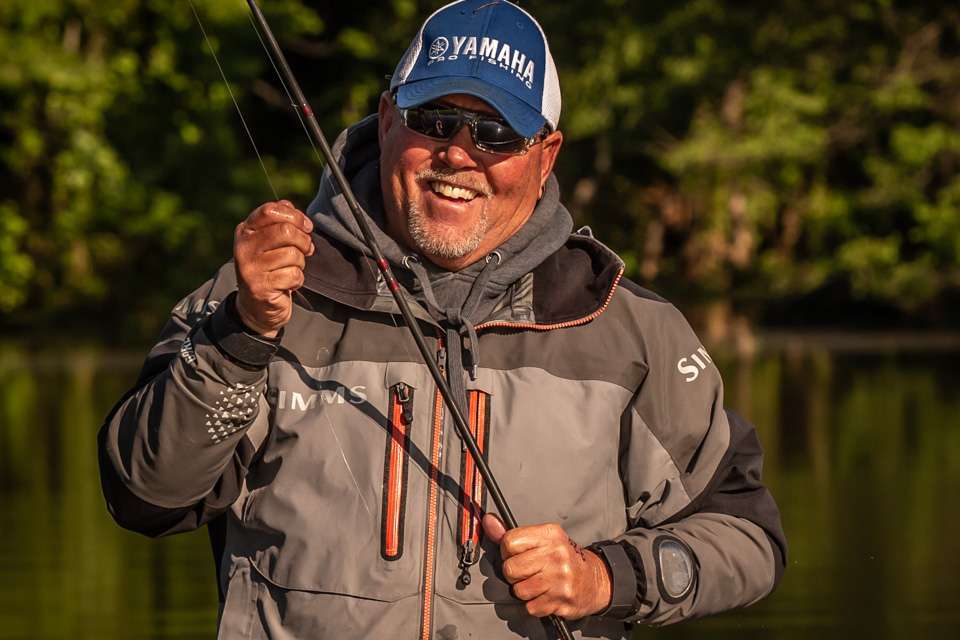 Rigging and a little ‘me time’

Hey there, everyone, sorry that it’s been a while since my last blog 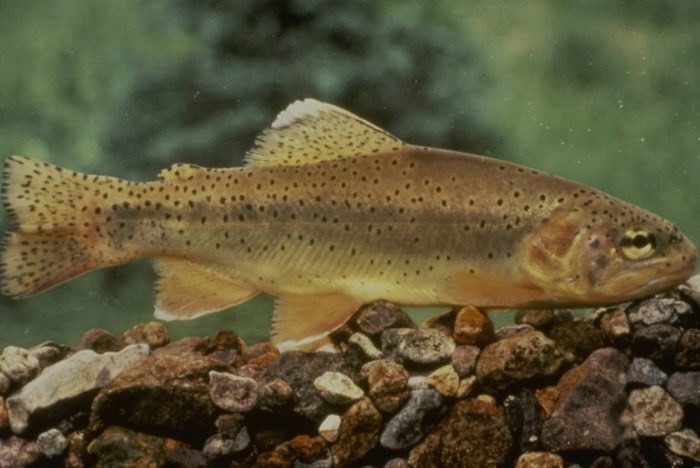